A Stitch in Time: Carl-Martin Lindahl 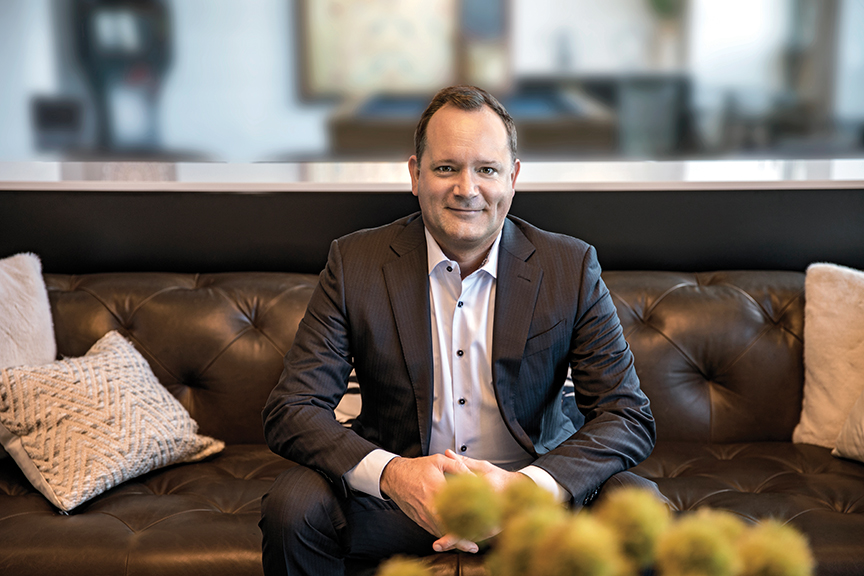 For Carl-Martin Lindahl, naming the soundtrack to his childhood is easy: “My mother’s Husqvarna Viking sewing machine running in the room next door,” he tells The CEO Magazine. The boy from Sweden “grew up with sewing”, which, he says, was a graded, mandatory subject at school. It’s a skill he maintains to this day.

“I’m not an embroiderer or a quilter, but I still own a sewing machine and know how to sew,” he smiles. After six years working with KitchenAid and Whirlpool, most recently as General Manager (CEO of the Business Unit) for KitchenAid globally, this familiarity with sewing was part of the attraction in 2018 to the CEO role at SVP Worldwide, the owner of Singer, Husqvarna Viking and Pfaff sewing brands, and the largest consumer sewing machine company in the world.

“There was certainly a personal connection that was intriguing,” he admits. The company’s strong ties to Sweden represent a homecoming of sorts for Carl-Martin – while he is based at its headquarters in Tennessee, the biggest of SVP Worldwide’s four global research and development centers is just over an hour’s drive from where he grew up. Yet the post also presented an attractive professional opportunity.

“For a number of reasons, SVP Worldwide has not had a chance to realize its full potential,” he says. “To be able to be part of that journey was appealing.” It certainly helped that sewing is a market on the upswing, especially compared to the “flat” industry Carl-Martin was coming from: kitchen appliances. 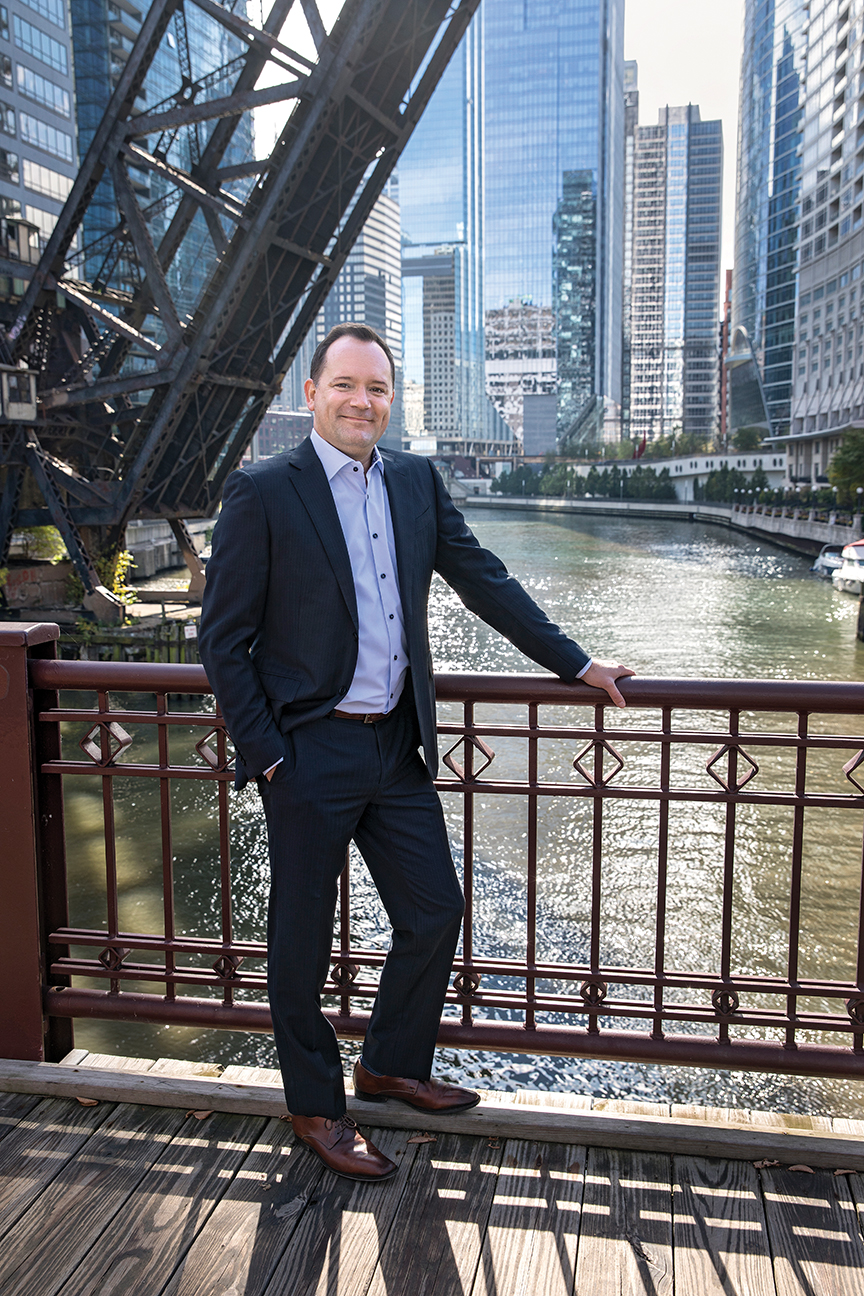 “Sewing is part of the broader crafting trend being driven by millennials, who are more interested in doing things and spending money on experiences as opposed to buying products,” he explains.

The craft also taps into a number of sub-trends, including personalization and customization, upcycling and cosplay. So strong is the revival in sewing that growth rates in developed markets are predicted to outpace gross domestic product growth, according to industry data source Global Industry Analysts.

And today’s home sewers are prepared to pay big money for their equipment of choice. “Our number-one selling sewing machine in revenue has a manufacturer suggested retail price of US$16,999. That’s the price of a small car,” he says, referring to the Husqvarna Viking Designer Epic 2.

With 800 moving parts – and the need for a needle to hit a bobbin at the precision of one-tenth of a millimeter, 1,500 times a minute – by nature, a sewing machine is a mechanically advanced product. However, it’s in the digital space where Carl-Martin sees the future. Already, technology exists that allows sewers to remotely start their machines from their smartphones.

“We also have software that turns photos into a digital pattern that can be stitched out on garments,” he says. At the time of writing, SVP Worldwide had just unveiled the world’s first sewing machine with artificial intelligence, the Pfaff Creative Icon 2. “It’s a machine that learns the more you use it.”

With terms like ‘machine learning’ and ‘cloud computing’ now used in the same sentence as sewing, the craft has come a long way since SVP Worldwide’s three brands were founded in the 19th century. But for Carl-Martin, the recipe for the company’s success hasn’t changed: “our people,” he says.

“It was absolutely apparent to me when I joined SVP Worldwide just how passionate, caring and proud our people are. It’s something I haven’t seen to this extent in any other business I’ve been in touch with.”

Global COVID-19 lockdowns added “a lot of fuel to existing trends”, Carl-Martin explains, adding that the industry has experienced enormous growth in demand during the pandemic. “Normally, it takes about three to four years to accumulate the number of beginner sewers as we have seen picking up the hobby in 2020. That’s the next generation of sewers who are going to buy their second or third machine.” After speaking to consumers in Latin America, Europe and North America, he adds that the vast majority of people who are new to the craft are enjoying it, and more than 92% intend to continue even once the health crisis is behind us.

Investing in its people, he adds, is critical to its ongoing success and an area that the company takes very seriously. “We have expanded our organization substantially,” he points out. “In the last 18 months, we have hired close to 500 people around the world to really stand behind our growth.”

Success may start with its people, but SVP Worldwide’s brands themselves are an integral part of the equation, especially when they happen to be three of the market’s most iconic names. “For most people, Singer means sewing,” Carl-Martin suggests, singling out the brand that was established in 1851.

“In a recent survey, we asked people what they thought of when they heard the word ‘sewing’. The number-one response wasn’t fun or hobby or clothing. It was Singer.” This “selling in new ways”, as he describes it, is one part of an aggressive growth strategy Carl-Martin and his team are currently pursuing.

“We are a very different company to a couple of years ago,” he says. Along with a heavy emphasis on research and development (in the next five years, SVP Worldwide will spend three times the amount on R&D than it did in the last five), opportunity has been spotted in sewing accessories, a market Carl-Martin says is six times larger than the sewing machine industry itself.

“92% of consumers tell us that they want to buy the same brand of accessories as their sewing machine. That’s something we haven’t explored before,” he concedes.

“How we can surprise and delight our very loyal consumers is an ongoing focus. We are investing in technology, Internet of Things, AI, machine learning, automation, digital products and cloud services, just to name a few. This is an area where we continue to lead the industry.”

It’s no surprise then that Carl-Martin is excited about what tomorrow will bring. “The future is looking very bright for us,” he beams. 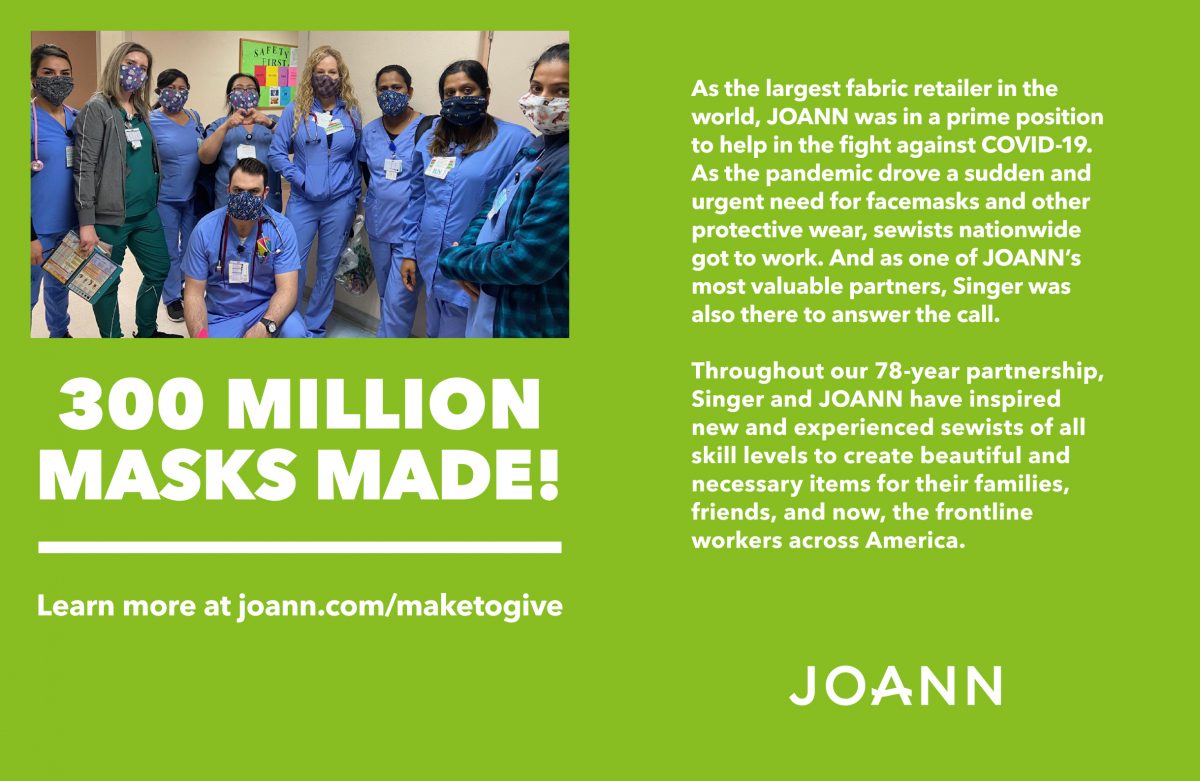