Despite being at the same firm for almost 20 years, there is one thing about the industry that has never grown old to Massimiliano Bianchi. “Even after so many years, I am absolutely amazed by the fact that there are some customers who produce over 300 kilometres of corrugated cardboard every single day on our lines,” he reveals.

He really shouldn’t be so surprised. After all, the neighbouring company’s corrugated cardboard sheets are produced on machinery – also called corrugators – made by Fosber. And as Fosber Group’s President and Managing Director, Massimiliano knows all too well what the machines are capable of.

“Just three years ago, the fastest machine we had could produce 350 metres of corrugated cardboard per minute,” Massimiliano recounts. “Today, our fastest is 460 metres per minute.”

It’s not just the speed of production that has improved. “Automation has really pushed forward in the last 10 years, and especially in the last five,” Massimiliano points out. “Now our corrugators require fewer workers to run them than they did 20 years ago. A complete line (of production machinery), which is 120m long, can be run by just five people.”

In addition, Fosber’s equipment is now also much smarter. Headquartered in Lucca, Tuscany, the company enjoys proximity to the University of Pisa, an advantage it has fully leveraged through a partnership with the university’s robotics department. The result is sophisticated big data software that can anticipate machine breakdowns before they even happen.

The software is built on an algorithm that analyses the processes of each electrical component in every single production line, as well as predicting potential problems through statistical analysis. Every Fosber corrugator, no matter where it has been distributed to around the world, is connected to the firm’s headquarters in Lucca, allowing the firm to provide round-the-clock customer service.

Once an affected component has been identified by the software, the customer is notified immediately so that the problem can be nipped in the bud. “This is a real game-changer because, only a few years ago, calling customer care was like going to the emergency room – the customer would call with a problem and we would try to fix it. Often, the customer had to restart its production,” Massimiliano explains.

“But today, customers cannot afford to stop a line and shut down production. Our corrugators must run constantly, so this software has been very well-received.” These changes are ones that have taken place over the course of less than five years – after Fosber was acquired by Chinese corrugator machinery specialist, Guangdong Dongfang Precision Science & Technology in 2017.

Massimiliano credits the acquisition for Fosber’s new-found innovative spirit, which has been instrumental in the firm’s revival. “Fosber’s previous owners were considering selling the company, so investing and developing new systems or products was not their priority,” Massimiliano says.

“Following the acquisition, my team and I were finally able to follow our ambitious plans. We have doubled the turnover of the company and made it profitable.”

“We have doubled the turnover of the company and made it profitable.”

The partnership with Dongfang heralded the inauguration of a production facility in Foshan, China, where high-end corrugator lines are now designed and produced for the Asian market.

While that is in the works, Fosber intends to continue with its efforts to gain more traction within the European market. Its most recent move within this endeavour was its acquisition of 70% shares in Tiruña Industrial Group, a Spanish manufacturer of corrugated rolls – an essential part in corrugator machines.

The acquisition almost felt like a natural development, since Tiruña has been supplying Fosber for years. “There are very few companies with the capacity to build these corrugated rolls, but it is a fundamental component in our lines,” explains Massimiliano. “Acquiring Tiruña is a strategic move that will secure Fosber’s future.” 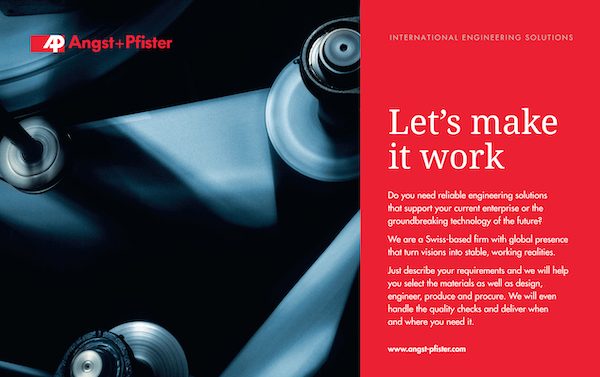