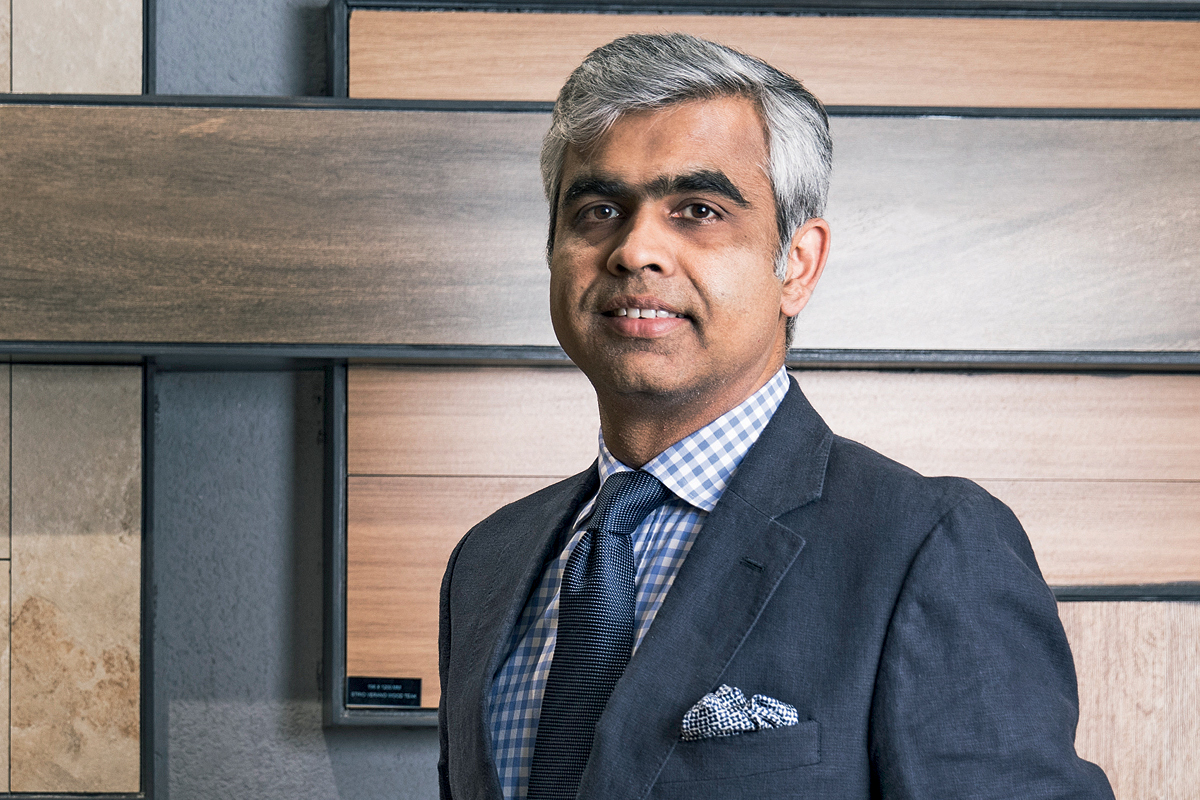 Somany Ceramics Managing Director Abhishek Somany first spoke with The CEO Magazine in 2016. Since then, the tiling company has made several significant strides, including increasing its revenue and number of distributors.

Somany Ceramics was founded in 1969 and specialises in ceramics and tiling. Its more recent focus points include sanitaryware and bathware. “We’re now the fifth largest manufacturer of sanitaryware in India,” Abhishek says. “That segment has done well and continues to do well. Last year, we bought a small bath-fitting plant in North India, which should give us an impetus for the bath-fitting business as well.”

Abhishek highlights that the company’s competitive advantage is its consistency and quality. “Our distributors in the industry say our quality and consistency are topnotch,” he says. Further, Abhishek welcomes the company’s relationships with its raw and finished material suppliers, which contribute to the high standard of its finalised products. “We’ve been dealing with the raw material suppliers for the past 50 years and those relations only become stronger.”

“Our distributors in the industry say our Quality and Consistency are topnotch.”

Somany Ceramics has been looking at patents within the sector and has managed to get two in its name. “One is a Veil Craft shield high abrasion resistance tile – that’s the only patent in India for the tile industry,” Abhishek notes. “We have applied for another patent for our slip shield series for work areas and old age homes. We are constantly innovating and striving towards making our products extremely consistent in quality, design and price.”

Amid the company’s growth, Abhishek noticed significant competition. “In the bath-fitting and sanitaryware segments in India, we were up against some big players, so it was difficult to get our brand into people’s minds.”

Brand recall is something Abhishek is looking to improve, especially with the tiling reputation the company has. “Trying to keep top-of-mind with the consumer is much harder. It is taken for granted that Somany is one of the largest producers of tiles but when it comes to sanitaryware and bath fittings, it’s not the same. The consumer is not recalling us as a sanitaryware brand so it’s going to be a tough one to get into their minds.” Abhishek is looking towards several opportunities to enhance the company’s operations. He plans to improve energy efficiency and reduce waste at Somany’s manufacturing facilities.

In addition, he is finding ways to attract good talent – a factor he greatly values.

“I’m not saying it’s impossible, but it is difficult to attract and retain good talent,” he says. In particular, Abhishek is looking at getting more people into the sales and distribution side of the business.

“We will keep introducing new products and innovations among our dealer and distributor network. We are also stepping up branding this year to maintain our position in the market.

“I think we have enough capacity for at least the next 18 months, after which we will look at another brownfield or greenfield capacity expansion in the sanitaryware and bath fittings.”

Looking to the future, Abhishek sees Somany Ceramics reaching double-digit growth, bolstered by its new plant for manufacturing glazed vitrified tiles in South India and the growth of its sanitaryware line. “We are also looking at other segments in the sanitaryware business to get into.

We will leverage our existing dealer network to get into more products to become a one-stop-shop solution as far as homes, bathrooms and kitchens are concerned,” he says. The company is currently the number two tile brand in India, and Abhishek wants to hold on to that ranking.

“The idea is how we can sustain and defend our number two position in the coming years. We’ve been able to do it successfully so far. In fact, we were number six until 10 years ago. Now we will be working hard to retain this formidable position and prosper well into the future.”