What could be even better than growing up on an island? Being grown up, still living on that island and running a successful business, of course. Welcome to the life of Abidin Fan, President Director of Sat Nusapersada, the largest high-technology electronics manufacturer in Indonesia, shipping millions of products around the world.

It all happens on beautiful Batam Island, which is nestled in Indonesia’s province of Riau Islands. Just a 40-minute ferry ride from Singapore, the haven is a popular destination for a chilled weekend away golfing, snorkelling or diving.

However, it’s also an industrial boom town, part of a free trade zone in the Indonesia-Malaysia-Singapore Growth Triangle, which was created in 1994 to strengthen economic links in the region.

Strategically located within an international shipping route between the Indian and Pacific Oceans with no import and export duties on machinery, equipment, spare parts or raw materials, and no VAT for exports, the largely undeveloped island has become a hotspot for global industrial, trade, tourism and transhipment sectors.

Abidin recognised the potential early for his island home to evolve into a global electronics hub, and using the management experience he’d already honed working with electronics companies, he gathered together 22 workers and established Sat Nusapersada in 1990.

“I believed that electronic products would boom and become a standard in every household, so we started assembling circuit boards for popular items such as televisions and VHS video recorders.”

With the clear advantage of easy exporting using the Singaporean and Malaysian shipping routes and Abidin’s commitment to reducing Indonesia’s reliance on imports, the company evolved into manufacturing a larger range of mechanical parts and electronic components before offering turnkey solutions.

“We have helped to reduce unemployment by creating thousands of jobs and, along the way, educated many employees on the latest technology to make Indonesian products competitive,” Abidin enthuses.

Commitment is the foundation of the great accomplishment – it builds customer trust, which cannot be bought.

“Our monthly maximum production is three million smartphones, two million smart-home products and 16 million coin batteries. I like the feeling that our company can contribute to the economy, job creation and technology transfer while creating high-tech products labelled ‘Made in Indonesia’.”

Reflecting on the early days of his business, Abidin recalls 3am starts and spending long days and nights at the factory without returning home. It was an unrelenting commitment that gradually paid off as the company expanded.

Between 1996 and 2002, surface mount technology, plastic moulding and metal stamping services were offered, with auto spindle and spray-painting established in 2007.

It was in November that year when Sat Nusapersada reached an impressive milestone. “We became the first and only electronic company listed on the Indonesia Stock Exchange,” Abidin remembers.

“Becoming a public-listed company meant we were able to pay off our bank loan, acquire other companies and, of course, earn more customer trust through transparency.” 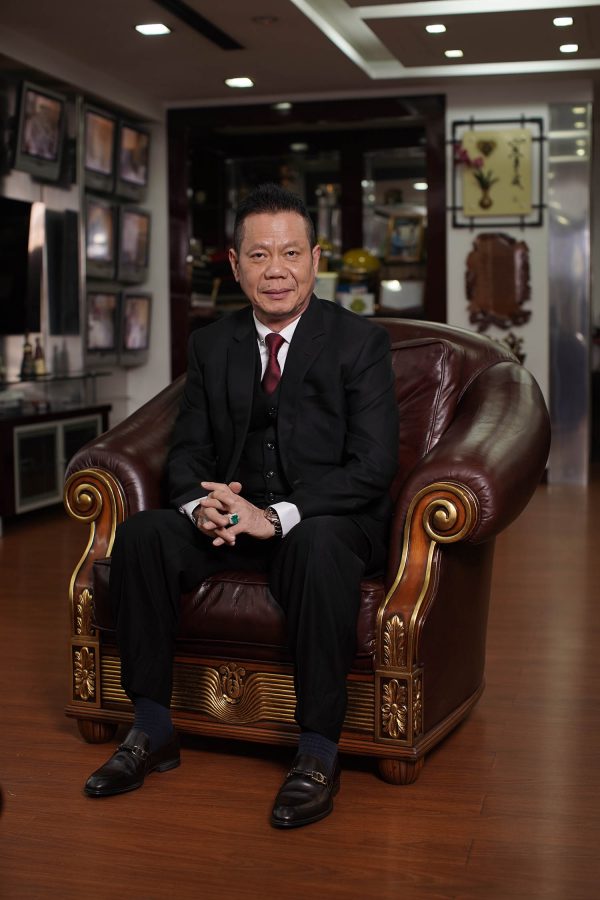 Sat Nusapersada launched its smartphone project in 2014 and become the first company in Indonesia to produce the 4G LTE smartphone with the local iVO brand.

The project was triggered by the Indonesian government’s ruling that by 2017 at least 30% of smartphone and tablet components must be manufactured in Indonesia to stop the flow of imported phones.

A ban on the sale of imported 4G phones had already been imposed to support local manufacturers, forcing major brands to scramble for a foothold in the country and establish production facilities to comply with the rules.

While Sat Nusapersada was unable to celebrate its 30th anniversary because of COVID-19 restrictions, Abidin says the company’s history and its path to success is never forgotten.

Ever pragmatic, he believes his biggest accomplishment has been as simple and as difficult as making sure the business survives and remains competitive. Pulling through the financial crises of 1997 and 2008, along with the recent global upheaval caused by the pandemic, is proof enough of the resilience and commitment of his team.

“During COVID-19, we had delays in imports of our raw materials due to lockdowns in Malaysia and China, and demand dropped for products, such as our Tyre Pressure Monitoring Systems for the automotive sector. But in other areas such as smart products, including phones and household items, there was a surge in orders because people wanted more gadgets. We even have plans to recruit more people to cope with that demand,” Abidin says.

“I think we have the edge over the competition in this ever-changing industry because we keep using the latest technology to innovate. We have an abundance of accumulated experience and constantly work on improving productivity and reducing manufacturing costs while never compromising quality.”

Abidin says his leadership style is based on vision and delegation. Heading an executive team of around 15 which, in turn, leads hundreds of other supervisors and managers, he believes retaining the right people is more of a challenge than hiring them, and ensures good staff are given training to advance and incentives to stay.

“I make sure my leaders are equipped with the skills and knowledge to run their specific tasks,” he says. “In return, I expect competence and commitment. Commitment is the foundation of the great accomplishment – it builds customer trust, which cannot be bought. The satisfaction of my customers is my greatest satisfaction.”