A Kind of Magic: Ali Hassan 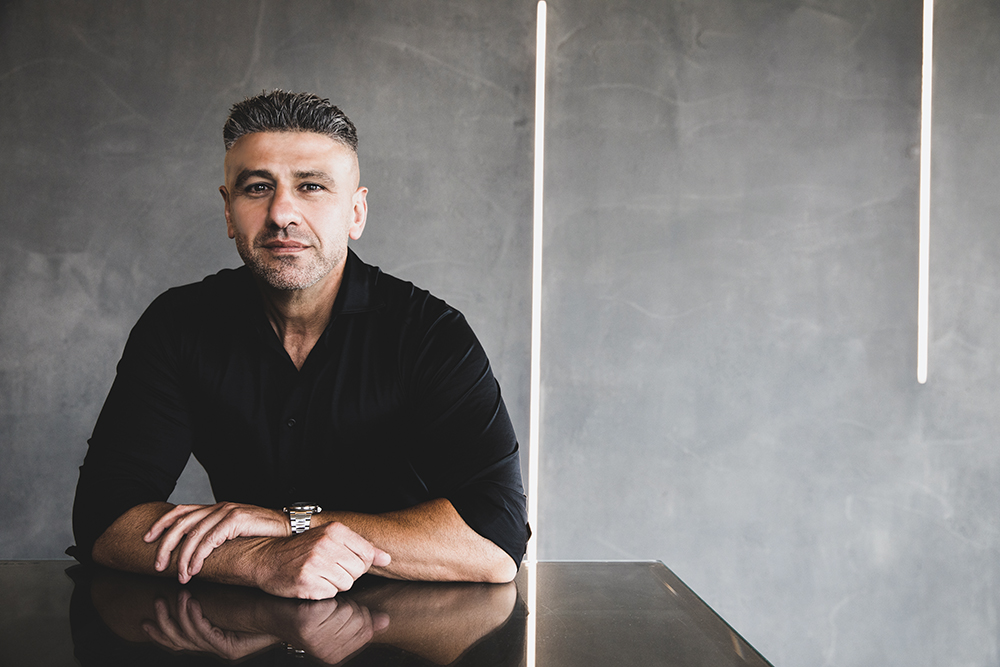 To 16-year-old Ali Hassan, the real world beyond the glass windows of his high school held a fascination that far outweighed the schoolwork in front of him. The young man was full of energy, driven to create and belong to something greater, as his older brother Mark had done.

In 1991, the year Mark founded Magic Glass on a shoestring budget out of their parents’ Sydney backyard, Ali left school to join his brother’s new venture. He couldn’t have imagined how far the decision would take him.

After tough, lean early years, Magic Glass relocated to a purpose-built factory and office at the inner-Sydney suburb of Waterloo. When Mark returned to building, Ali stepped up as CEO and immediately moved to drive brand awareness – literally. “I wanted the Magic Glass brand burned into the minds of our clientele,” he says.

The Magic Glass fleet of 24/7 mobile service vehicles – themselves billboards on wheels – was rebranded in a simple yet stunningly effective way. “For a long time, whatever the trade, tradespeople drove white vehicles,” Ali tells.

“We repainted our vehicles metallic black and put the Magic Glass name on in reflective red, blue and white writing, which made them distinct and easily identifiable.” And it worked. “Our clients would tell us how they’d see our trucks everywhere,” Ali says. “Our base just grew and grew.”

Any apprentice that comes on board has to have the ambition to have their own company one day.

Soon the Waterloo premises made way for a state-of-the-art site in neighbouring Alexandria, where Magic Glass, now an industry leader, operates today. The expansion allowed Ali the headspace to dwell on a piece of advice he had been given early in his career.

“A good friend of mine told me, ‘Don’t just work in your business, work on your business,’” he says. “If we’d remained a glass replacement company, today we’d still be where we were in 2001. In order to evolve, we had to do something our competitors weren’t doing.”

The Alexandria factory allows Magic Glass to design and produce all things glass and aluminium to industry-leading standards in time frames that set the pace for the competition, all driven by the same can-do attitude that built the brand.

“We’re always looking for ways to innovate, be it via new technologies or keeping our customers in the loop or via marketing and social platforms to spread the message about our vision and brand,” Ali says.

Although the company is split into three divisions – glazing, rope access and projects – the core values and culture are the same across the board. “That’s important to me,” Ali says.

“I believe in positivity. We’ve always had the right attitude, a positive attitude, and we communicate that to the entire team.” As a trade, Magic Glass has become a first job for many fresh-faced apprentices the way it was for Ali. 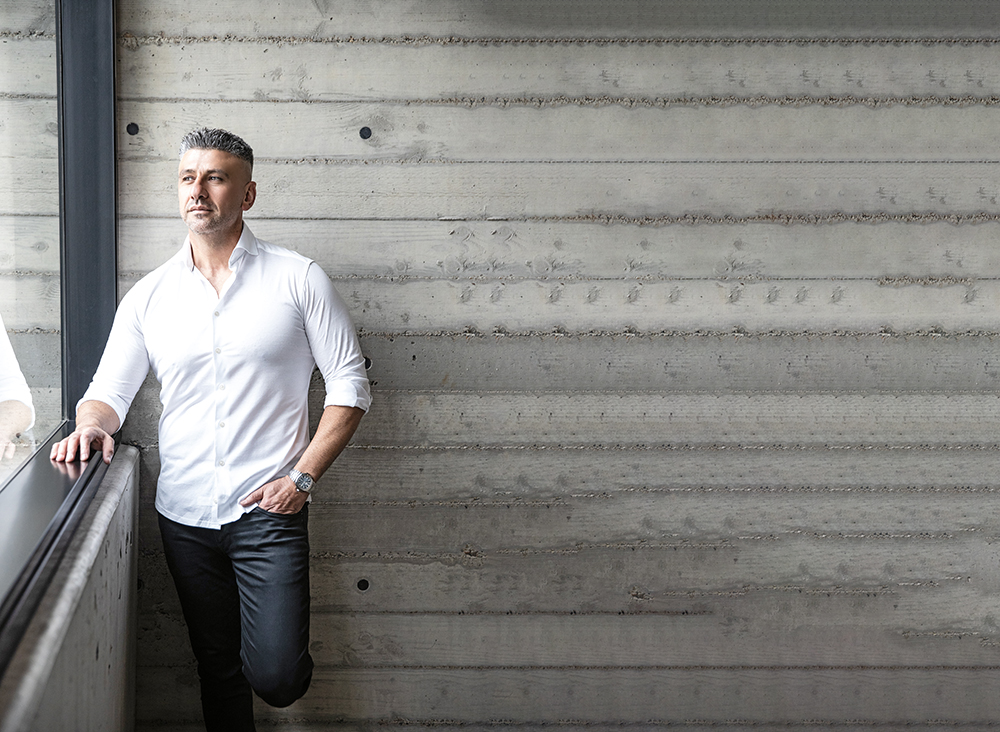 In dealing with those apprentices, he speaks with experience: “This is their first taste of this life. You’ve got a responsibility to educate them, inspire them and let them grow into the work and find their feet.”

Ali also encourages his apprentices to have grander ambitions. “Any apprentice that comes on board has to have the ambition to have their own company one day,” he says. “It’s great to see people that have worked with you as part of the industry on their own. It’s not just good for Magic Glass; it’s good for the industry, because generally there’s a lack of it.”

The Magic Glass magic has netted the company some big-name clients and partners including Mirvac, McDonald’s, Colliers International and the Sydney Roosters rugby league club. “It’s been a successful relationship with the Roosters,” Ali says.

“Their values, particularly the community aspect of their brand, all align with Magic Glass and who we are.” The partnerships forged through Ali’s tireless drive and energy have time and again afforded Magic Glass opportunities to scale Sydney’s heights.

“We’ve worked on most, if not all of the buildings in Sydney’s iconic skyline, as well as all the major hospitals, universities and schools,” he says. “If you can get it right in your own backyard, you can take it even further – and we will.” From a Sydney backyard to Sydney’s skyline is a journey Ali could scarcely have imagined as a high school student.

“We’ve built a family environment,” he says. “There’s a care and respect we have for each other, and our people make Magic Glass what it is. If you look after the people – clients and employees alike – the business benefits.”