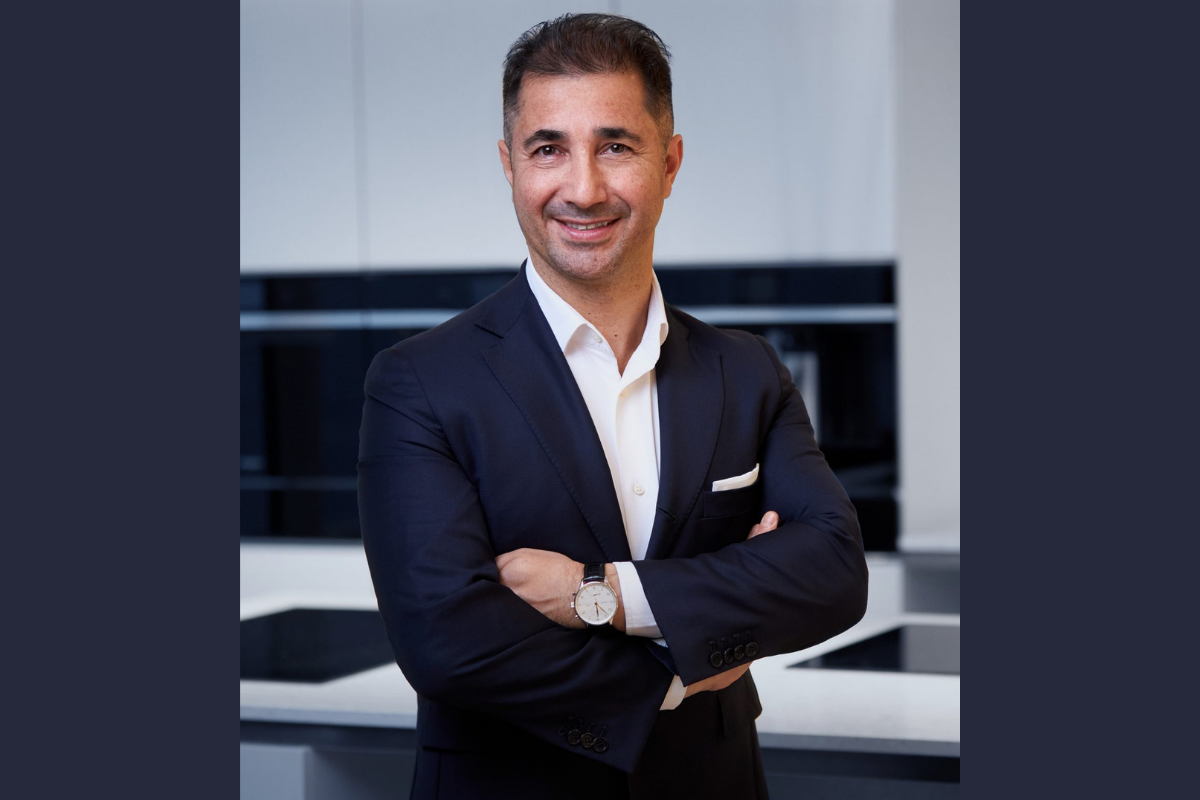 As the world gradually wakes up to the dangers of natural disasters brought about by the ongoing climate crisis, companies, especially international ones, are increasingly expected to revise their strategies in order to run as sustainably as possible. This is not a simple task for organisations that have long been set in their ways, much less for their leaders.

One company that is rising to the task, however, is the appliance giant Whirlpool Corporation, which has been designing new products with environmental sustainability in mind, such as the Supreme Silence washing machine and the W Collection of smart, interconnected kitchen appliances.

The company is aiming to achieve net-zero carbon emissions by 2030 across its distribution centres and manufacturing sites, spanning all direct and power-related carbon emissions. Within the same time frame, it also aims to reduce emissions from the use of its products worldwide by 20 per cent, compared to 2016 levels.

Whirlpool is also reducing waste at the end of its products’ life cycles with services to collect and recycle old appliances. 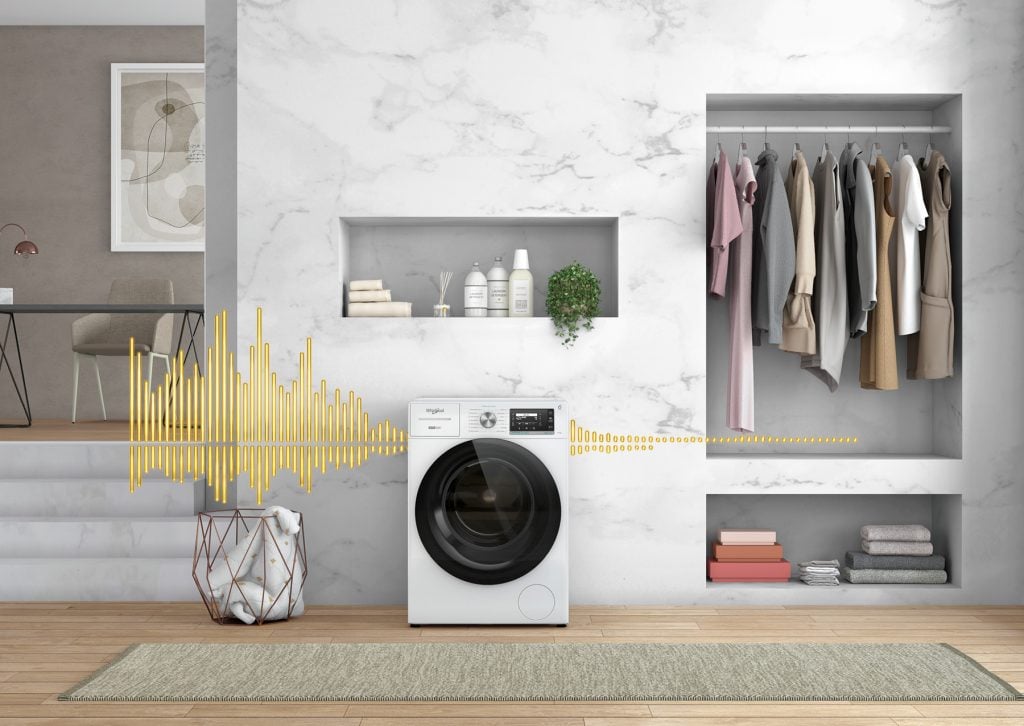 We have to look at ourselves in the mirror and take responsibility for our impact.

“This is another element that is more about product design and innovations related to sustainability,” reveals Andrea Riggio, General Manager Central Europe. “Our products have a big impact on your energy bill and on water usage, so this is somewhere we can really create something that is long-term and sustainable.

“We move 20 million appliances, more or less, in Europe every year, so it’s a lot. When you think about how widespread our presence is in people’s homes and how big our operations are, we have to look at ourselves in the mirror and take responsibility for our impact.”

Whirlpool has significant manufacturing operations in Poland and Slovakia, meaning that its Central Europe operations have a key role to play in reducing the company’s carbon footprint and cutting out waste. Overseeing these operations is Andrea, whose career at Whirlpool spans more than 18 years.

One of his proudest moments at the company came after Whirlpool acquired the appliance maker Indesit in a major deal in 2014. As Marketing Director for Italy, he oversaw the “intense and painful” process of integrating the companies between 2015 and 2017.

“That was a big acquisition involving two businesses of approximately €3 billion turnover each,” Andrea recalls. “One was a true corporate process-driven company – that was Whirlpool – and the other, Indesit, was an entrepreneurial, fast decision-making company.”

The cultural difference was not the only challenge; there were large operational issues to be solved and a significant risk of the businesses cannibalising each other, since each had roughly a 15 per cent market share at the time. “The success was to see these two companies blending with each other,” he says. “Not only from an operations perspective, but also in terms of the ability to cross-contaminate each other from a culture perspective.”

Changing the team before you’ve understood how they play is not a good strategy.

The success of that acquisition has helped propel Whirlpool Corporation, which is based in the US and listed on the New York Stock Exchange, to US$22 billion in turnover as of 2021. Its 17,000 employees in Europe, the Middle East and Africa work across a large portfolio of brands including Whirlpool, Indesit, Hotpoint, Bauknecht and the iconic KitchenAid, as well as 3 research centres.

In the coming years, Andrea’s team aims to make Whirlpool number one in Central Europe in terms of customer preference and market share, consolidating the already positive financial performances. However, these hard financial goals take second place to changing the mindset of the team and getting buy-in from everyone.

“We have this vision, but that to me is ultimately the result of how you build the reputation and mindset, because the execution of a plan is successful when the team is ready to embrace the journey,” he says. 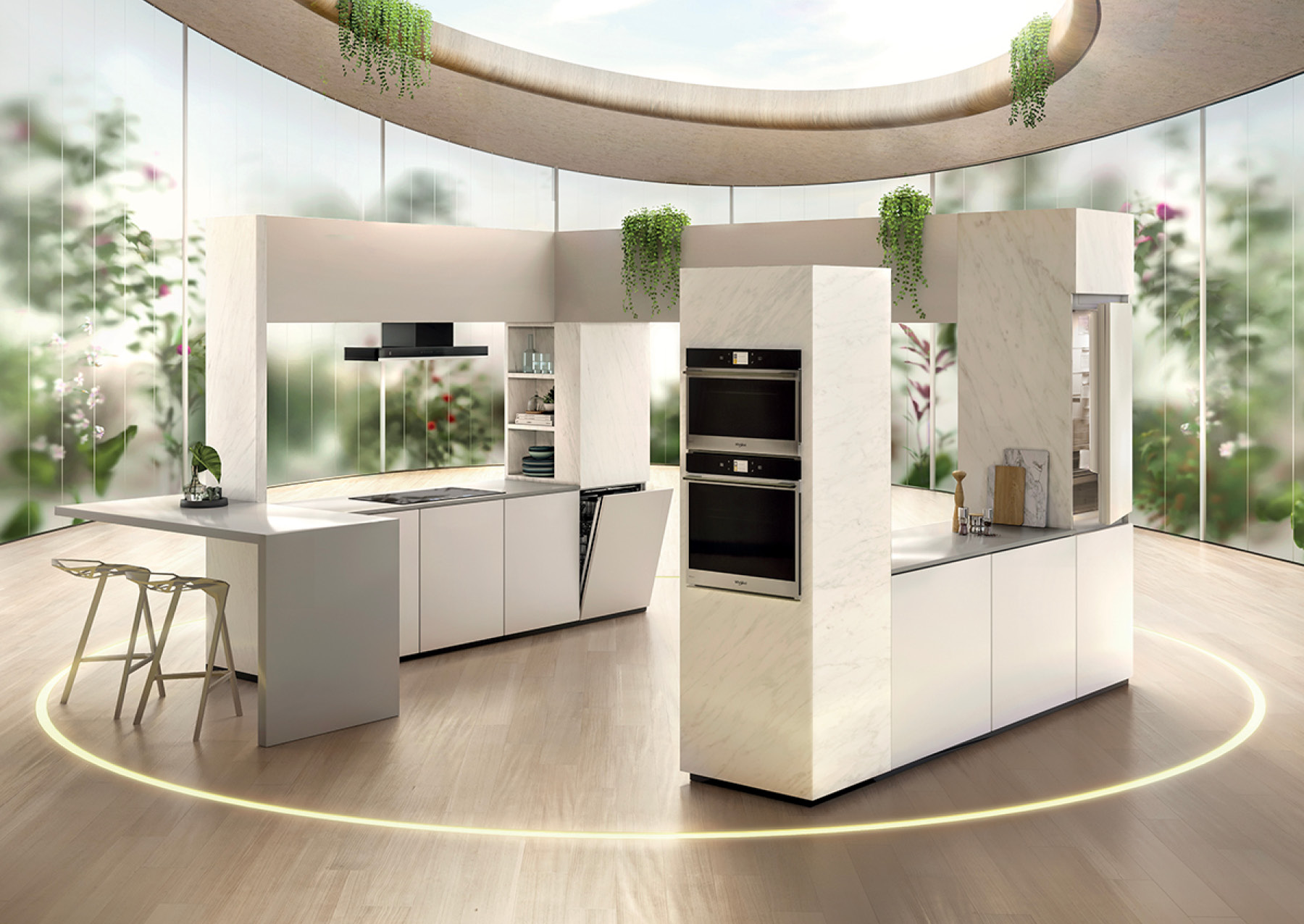 When Andrea is getting to know a new team, he compares his role to that of a sports coach. “If a coach gets into a position and thinks he will win by changing the team because the team was losing before he got there, then he’s not a very good coach,” he explains.

“First, you need to understand deeply what you have in your hands. Then, of course, at a certain point you need to decide if this is the team you want or not, and make some changes if needed. But changing the team before you’ve understood how they play is not a good strategy.”

Andrea put his philosophy about changing mindsets into practice when he entered a previous role at Whirlpool, working in the Benelux region. On his first day, he had one-on-one meetings with each member of his team and he recalls being given a long list of problems. “I was talking to someone towards the end and I said, ‘But can you tell me something that works? Because you mentioned 20 things that do not work. Tell me one thing that does,’” he shares.

It’s true that we changed things for the better, but it was also about people’s perspectives and how they approached the daily challenges of the business.

When he left the role, he held a similar series of one-on-one meetings and he saw a drastic change. “It was difficult to get them to say what didn’t work, and I was just getting a long list of what worked well,” he smiles. “It’s true that we changed things for the better, but it was also about people’s perspectives and how they approached the daily challenges of the business.

“This is what we call ‘living the Whirlpool spirit’. We always listen to people and serve our teams in a true spirit of winning.” 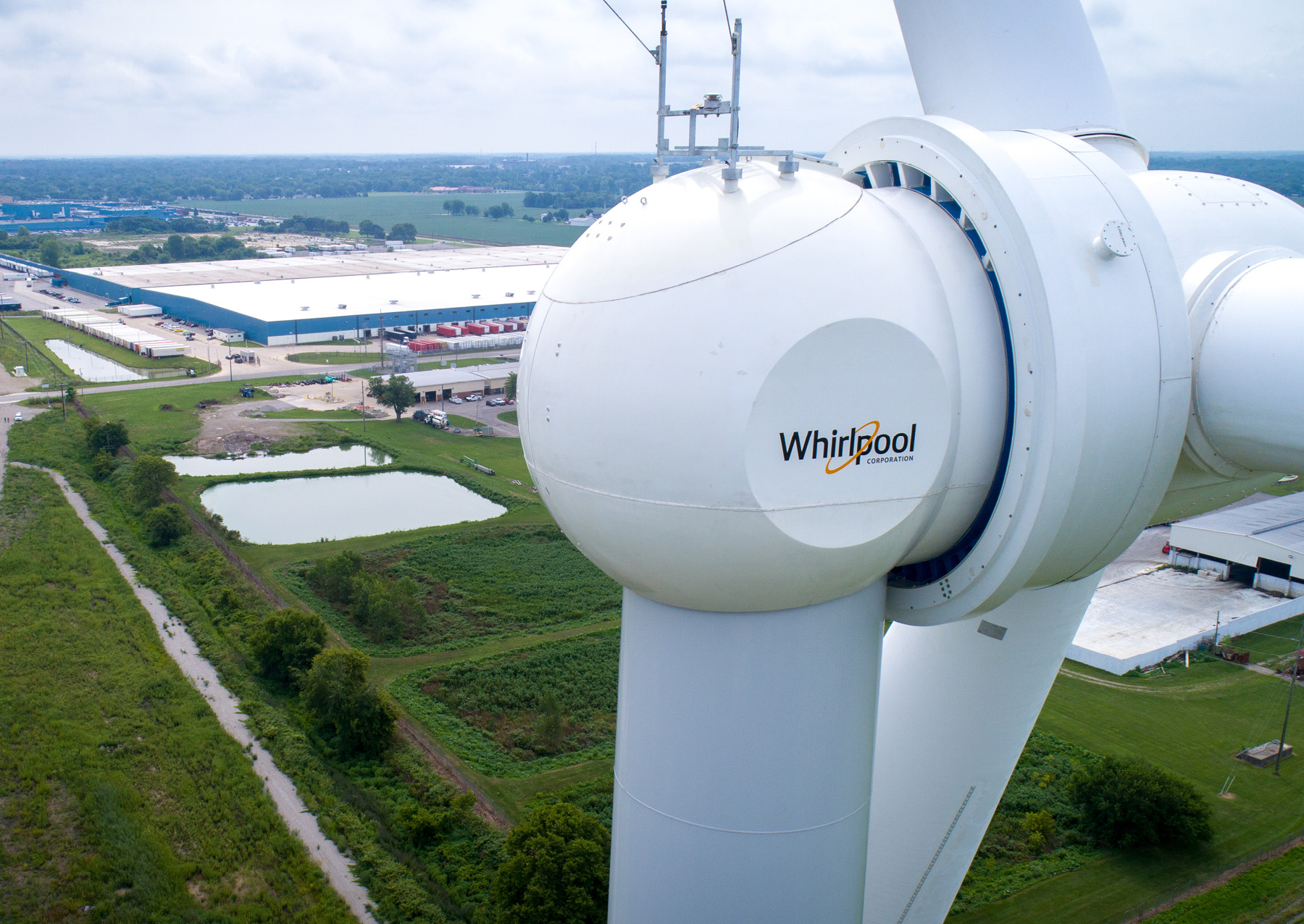 I think the very good ideas and solutions to big challenges in a corporation are more likely to be known and understood at the lower level than at the higher level.

Andrea sees himself as a servant leader whose primary goal is to help the people he works with to achieve their best performance, allowing them to perform within their own limits without trying to push them beyond their abilities, while also empowering them to do the best for the company and themself in what he calls the “spirit of winning”.

“It is good to be out of your comfort zone if this brings development, but this shouldn’t mean bringing people away from feeling good,” he says. “My mission is mostly to equip people to be able to perform at their natural best and remove obstacles so they can really express their potential and take the highest level of calculated risk.”

This desire to facilitate people’s talents is based on a sense of humility about the strengths of the people at the top of an organisation. “Most of the time, I think the very good ideas and solutions to big challenges in a corporation are more likely to be known and understood at the lower level than at the higher level.” 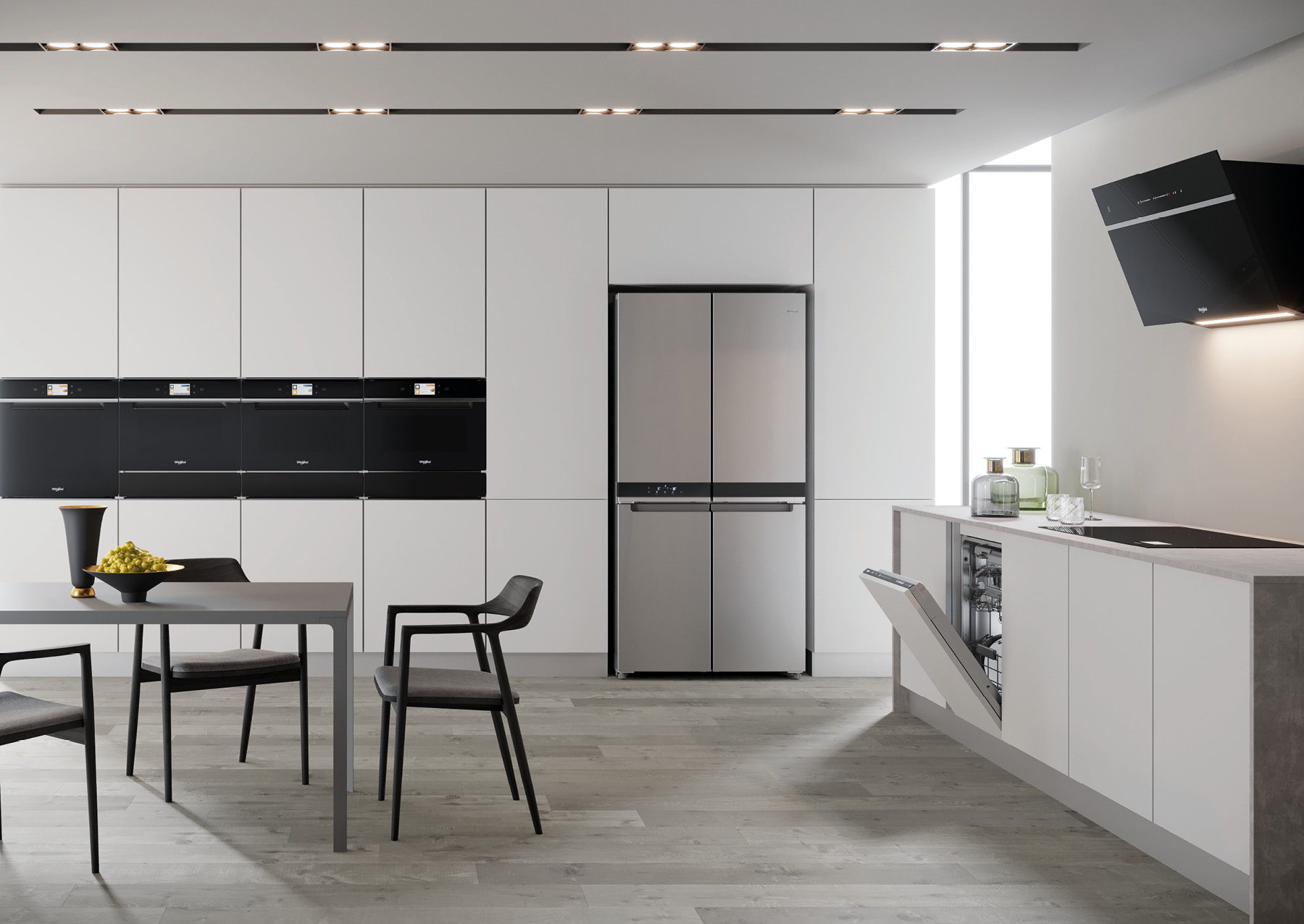 Moreover, those challenges are more likely to be identified and met with creative solutions by a team that is diverse. Andrea stresses that from a leader’s vantage point, having a varied range of perspectives and backgrounds creates a more dynamic environment where the quality of decisions is higher, if not easier.

“As leaders, we sometimes might be scared of teams that challenge us because these might make our day a bit tougher,” he points out. “But when you get challenged by the team you have built, that’s when you are also growing as a leader. And then, as a consequence, you keep creating this virtuous loop.

“A compliant team might look nice because during the day, no-one comes to complain to you, but the likelihood that the team is going to be the best in the industry and the most successful team is pretty low. It is not easy to establish a culture where people are genuinely able to disagree.”