The benchmark of quality: Anil Beejawat 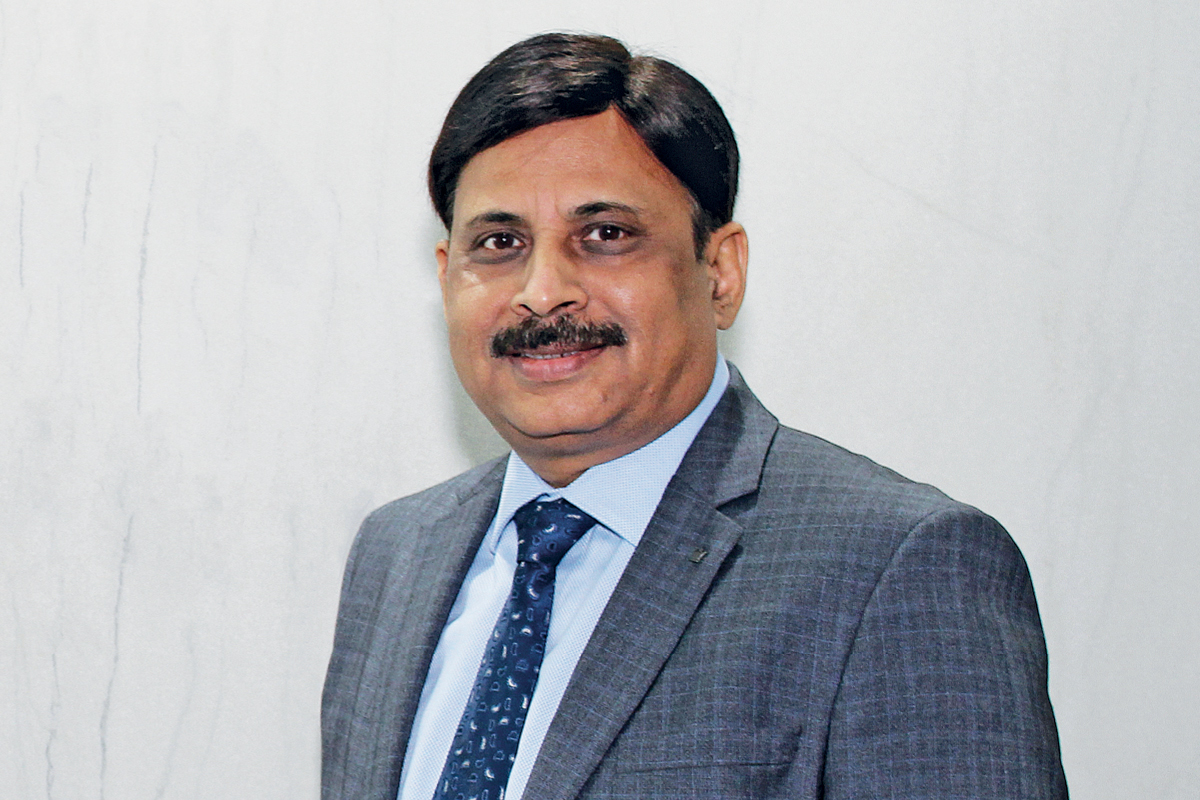 Before Anil Beejawat became CEO of the tile manufacturer, his view of RAK Ceramics was that of a competitor. He’d spent decades across India’s ceramics industry, which is today an INR26,500 crore (US$3.7 billion) industry.

The depth of his experience was thus indispensable when he joined RAK Ceramics in late 2018, but it only came after a lifelong dedication to the industry. “I started my career with Hindware, as a management trainee,” he says.

“I had the good fortune to have been associated, right from the beginning of my career, with RK Somany, the President of the company at the time. I got a lot of insight and experience directly from a person of his stature.”

From there, he moved to sales, working on building the market in the north of India, before becoming head of sales nationwide. With the break-up of the company, he moved to the tile division, Somany Ceramics, under its Founder HL Somany, learning from several generations of the ceramics dynasty.

He helped Somany establish a sanitary-ware business, which is today, Anil says, worth about INR170 crore (US$24 million). From there, he spent time with Simpolo, helping guide a first-generation manufacturer that lacked industry experience.

“We took a very different approach. We put up a sales team there which, in just three years, was able to bring Nexion to a level where, today, architects speak very highly of the product and the brand. The brand positioning happened such that, today, when the industry is struggling, Nexion happily sells products for twice the price its competitors charge.”

In late 2018 came Anil’s biggest opportunity – RAK Ceramics. Nearing the end of his career, he saw it as one last shot at working for a company with a reputation for quality. Thanks to RAK Ceramics’ unique status in Indian ceramics as a multinational, it had that reputation in spades.

I knew that RAK as a brand had huge potential. Its products carried a lot of respect.

But as much as RAK Ceramics defined quality and innovation within the industry, when Anil joined the company, there was a lot of work to be done. “When this opportunity came up, I knew the challenges I was to face, because there had been quite a few issues in the market that were pretty visible as a competitor,” he recalls.

“From that perspective, I also knew that RAK as a brand had huge potential. Its products carried a lot of respect, especially what was produced in Samalkot, which was viewed as one of the best products in India. Everybody would use it as a benchmark.”

Anil describes the company as very visible, respected and well known among customers for its tiles and bathroom/kitchen accessories. Unfortunately, this visibility wasn’t reflected by market share.

He saw there was much that could be done to remedy the situation. The aim was to return RAK Ceramics to the success it enjoyed when it entered India in the mid-2000s, thanks to its unique manufacturing techniques (such as double charge vitrified tiles).

While the company was able to enjoy what Anil describes as a “fantastic run”, the competition caught up a few years later. RAK Ceramics also went through leadership changes in 2014, after equity group Samena Capital became the majority shareholder.

The following years saw the company work through instability, but Anil believes RAK Ceramics is now in a position to rapidly evolve. “Those changes had to be made over the last five years,” he asserts.

“Culturally, India isn’t accustomed to quickly adjusting to changes. But I think a good, solid ground has been laid for running a professional company, the way it should be. In those last three or four years, whatever changes have happened, they have brought in incremental benefits. 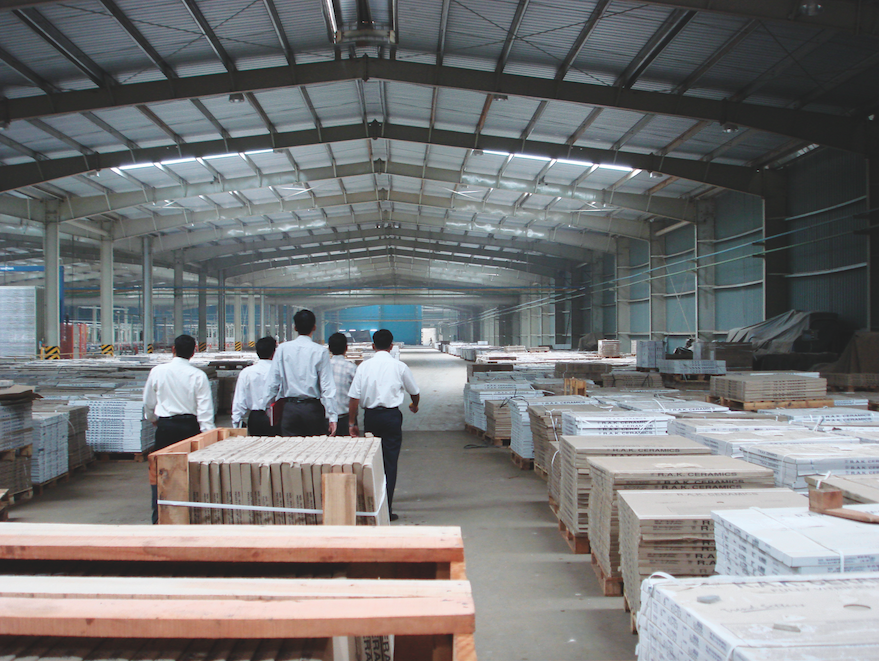 Today, I think we are now poised for a leap.” So far, Anil has been determined to strengthen operations at the company’s Samalkot facility in Andhra Pradesh, recently activating a second kiln, with a third due to start up shortly.

He’s found ways to reduce costs there, through a lean operating structure, locally sourced materials and reducing its focus to South India, rather than nationwide.

There is now a facility at Morbi in Gujarat to allow RAK Ceramics to service western India, and plans to expand north are in motion. A commitment to innovation and maintaining supplier relationships are essential in this expansion.

“We don’t jump around looking for small gains. We want our products to be better, rather than buying the cheapest machinery or raw materials. There’s always pressure on prices because of that, but we’re reluctant to change our suppliers quickly. We talk to them, we discuss issues with them.”

Thanks to these relationships, RAK Ceramics gets access to innovations in machinery and production first, while also collaborating on new innovations with suppliers, though it’s also thanks to the company’s reputation for embracing change.

Anil hopes to reinforce four core ideas in RAK Ceramics, which will take the company to the next level – innovation, passion, accountability and trust. “At the core of everything, we have innovation,” he says.

“We encourage innovation, whether it’s in the product or the process. In the past four years, it took a back seat, but I’m now rejuvenating this aspect of the company’s culture. “We have a very dedicated and spirited team,” he continues.

“Now, they need to be brought together so that we can see the passion in their work. Accountability was a little indistinct previously, so I’m working on very crystal-clear accountabilities. And then, the trust factor. When you have instability, the trust factor takes a little beating. I’ve brought my 37 years of experience in the industry, and there are certain values that I stand for. I think that definitely brings in a lot of trust.” 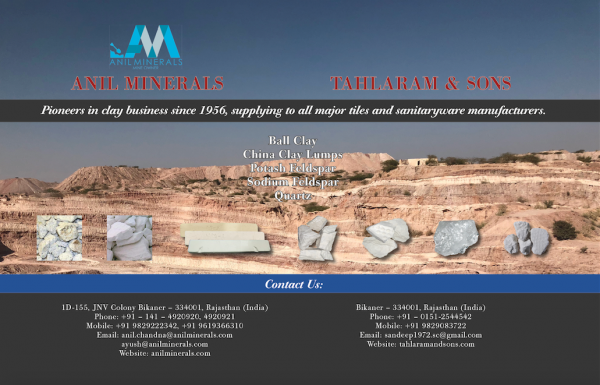