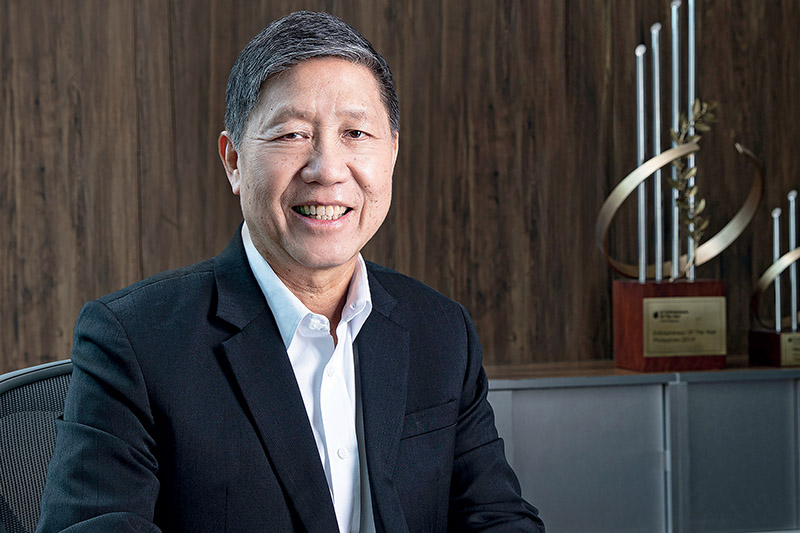 There was never any doubt in Benjamin Yao’s mind that he would one day go into the family business. In 1965, when his father Benito Yao founded what would later become SteelAsia Manufacturing Corporation, Benjamin immediately started accompanying him to the mill, learning the intricacies of the industry by observing, and later, doing.

“At the start, all family members were involved,” he tells The CEO Magazine. “I was pretty much trained by my father and I started working for him when I was only 17 years old. During the day I worked in the factory, and in the evenings I attended night school at the University of Santo Tomas. It was a lot to juggle, but I knew it was exactly what I wanted to do – I was incredibly influenced by my father and his work creating the business.”

In the more than five decades that have passed since the conception of SteelAsia, the company has established itself as the Philippines’ premier steel firm and one of the largest rebar manufacturers in Asia.

However, Benjamin explains that while the model was strong from the beginning, when he became more heavily involved in the 1980s, the first thing he set in place was a plan to remodel and upgrade the business. 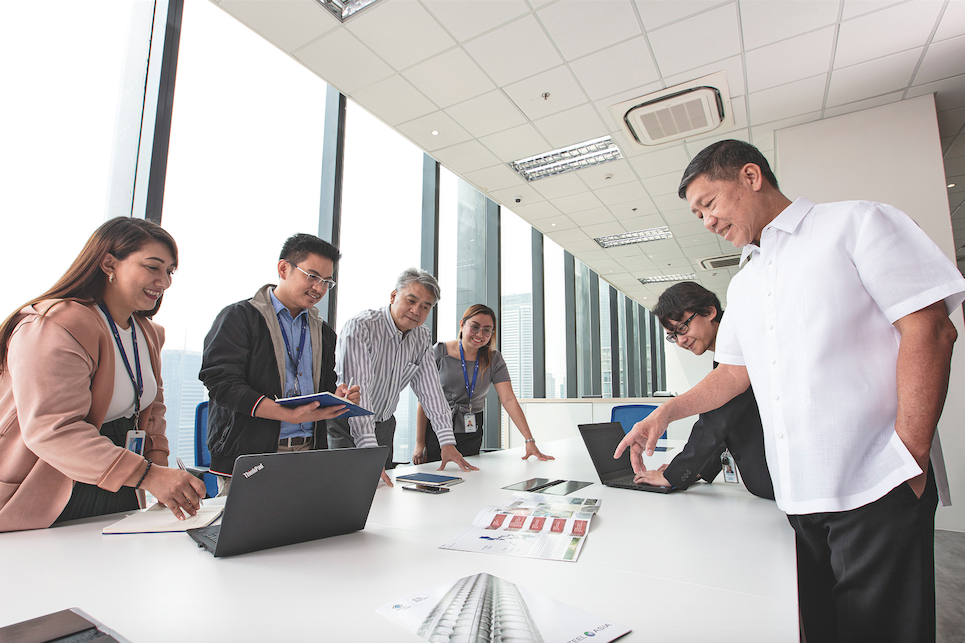 “There were lots of small steel mills around at that time, maybe 50 or so, but it was an industry that wasn’t really progressing – we weren’t efficient enough, and our technology was from the beginning of the 20th century,” Benjamin recalls.

“So in the late 80s, I decided to modernise and make us 10 times bigger.” It was this quest to revamp SteelAsia that prompted Benjamin to travel to Singapore in 1996 to talk to the Singaporean government about partnering with NatSteel – an obvious decision.

“We wanted the best technology, so I bought from the best in the world,” he explains. “Because we’d started as a small family business, we didn’t have the technology or the right kind of management initially. But once we were 10 times bigger, we were able to attract the best talent and join the big leagues. So there was a huge change in mindset when we became a larger entity.”

While cultivating a strong company culture was always at the forefront of his mind, Benjamin concedes it wasn’t as straightforward as just promoting the company’s core values. “It hasn’t been easy because we’ve always been growing so fast,” he says.

“I consider us almost as a startup company because we have had such massive growth in a short timeframe. And when you experience immense growth quickly, some of your previous employees aren’t going to be the right fit anymore.”

Our business model is always about a partnership that benefits everybody.

Bit by bit, SteelAsia expanded and refined its procedures and offerings, with Benjamin setting his sights on using the business to transform and develop the Philippines, one piece of infrastructure at a time.

“We’re not creating the opportunities here in our own country. We have a lack of a manufacturing base and are a country dominated by traders,” he sighs.

“It’s our goal to change this – because steel is the mother industry for any economy. Innovation is crucial. We don’t compromise on technology. When we started our modernisation 25 years ago, we went for state of the art. So that’s a real point of difference that sets us apart from our competitors.”

Unfortunately, it wasn’t long before the company faced its first major challenge: the Asian financial crisis of 1997, followed by the global financial crisis in 2008. Stocks plummeted across the region and many of its competitors closed their doors forever, but SteelAsia persevered. 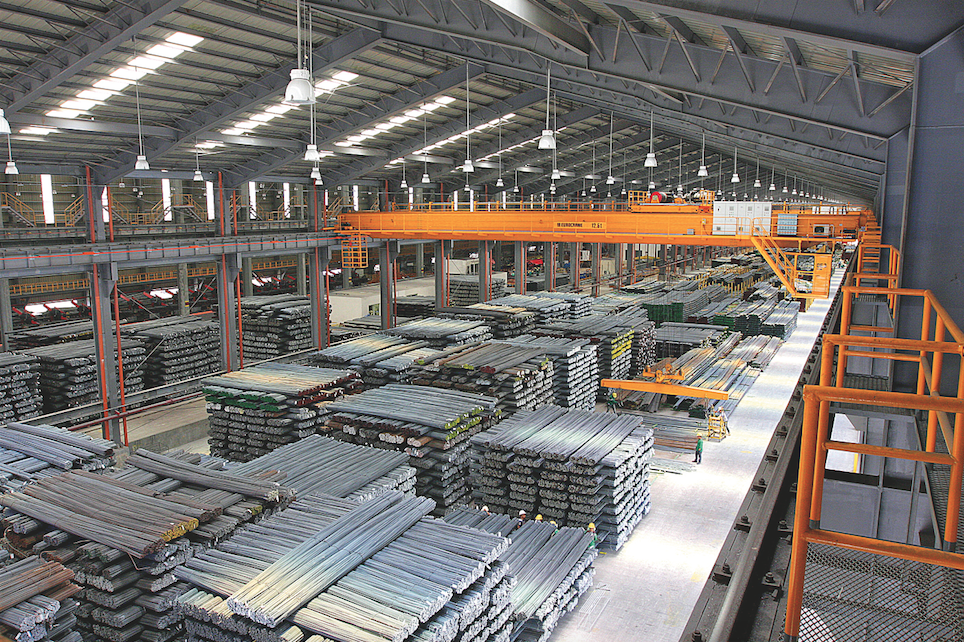 “It taught us to survive,” Benjamin reflects. “We learned how to stay strong and be resilient. We’ve been risk-takers ever since we decided to modernise back in the 1980s, so we’ve never been afraid of a challenge.”

It’s not surprising then, that when COVID-19 hit, SteelAsia had a trick or two up its sleeve. “Having already gone through crises before, we’ve actually had experience dealing with something like the pandemic,” Benjamin says.

“So we’ve been able to bounce back faster. We’re still managing the situation, and using this as a way of preparing for the future. It was tough in March, when we had a full lockdown, but maybe now the worst is over. Workplaces and our healthcare professionals are better at handling the situation, but unfortunately, I think as a developing country, the virus could always be with us.” Sticking by its side through these periods of turmoil have been SteelAsia’s trusty suppliers – loyal partnerships that are mutually beneficial and grounded in the knowledge that both companies are working towards a common goal.

“Our suppliers are basically other companies in the steel industry, so they understand our situation,” Benjamin shares. “They could see how we’re expanding regionally, and since our areas of expansion in the last 20 years have actually been outside of metropolitan Manila, that’s where they’re helping us in that regionalisation.”

For Benjamin, SteelAsia has never just been about profit and productivity. Rather, he’s proud to be part of something that is contributing to creating a better future for the Philippines – a mentality reflected in its company culture and core values. “Culture is always a collaboration,” he says.

It was an industry that wasn’t really progressing – we weren’t efficient enough.

“It’s all about inclusivity. When we go to a mill in the regional areas, far from Manila, you can really get a sense of how we partner with the local community. Our business model is always about a partnership that benefits everybody. We’re not after instant profits; we have the patience to do this. We’re looking for long-term benefits. 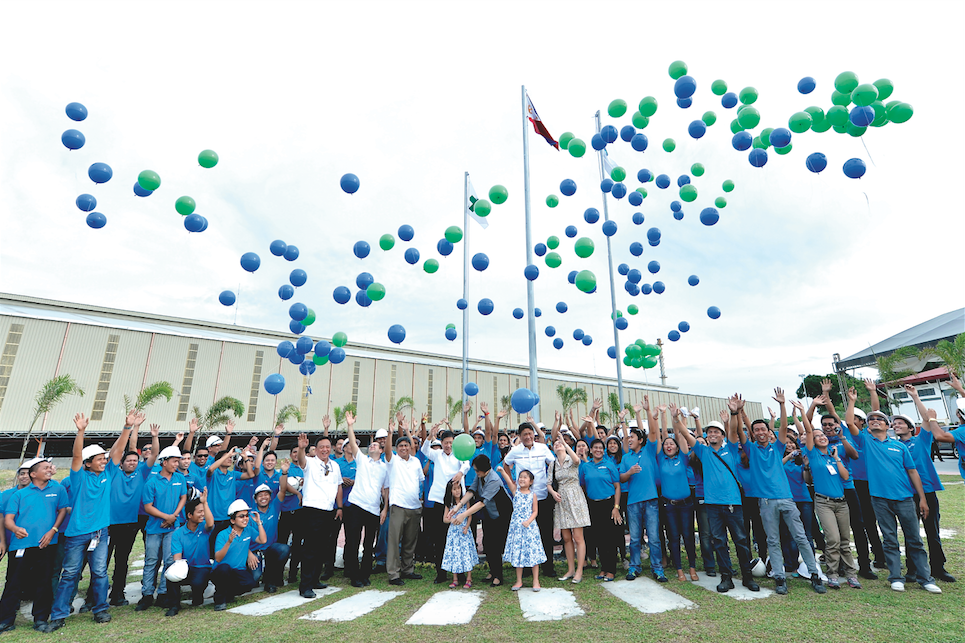 “In a way, we’re not greedy for high profit but greedy for growth. So we have the support from the banks, from customers, from the local government, from the community. It’s more like a socialist model, partnering with the people.”

This sense of social responsibility has meant that SteelAsia continues to seek out ventures that positively affect the wider community, serving as both a way to ensure the highest-quality products will be used at the same time as guaranteeing that Benjamin’s family legacy will live on.

“Imagine this: until now, we haven’t had a subway system in the Philippines,” he says. “You’ve got subways in Hong Kong, in Singapore, in Thailand, but not here. So we’ve been part of a project where we’re supplying for a new subway, which is so important, because for such a small country, we’re highly populated. There’s still a lot of infrastructure needed here, which we can assist with. They’re long overdue, but there’s a real opportunity here for significant growth that we can be part of.”

Despite the obstacles both he and the company have faced over the years, Benjamin believes that ultimately, if you’re in this business for the right reasons, with the right people by your side, there’s nowhere to go but up.

“You’ll always encounter challenges,” he concedes. “But part of what makes us so strong, so successful is that the community, the people, the government are all aware of what we’re trying to achieve. “We have high hopes for our country, and as it grows we want to ensure that we’re helping pave the way – that we’re exactly where the opportunities are. So I have no doubt that we’re going to be very busy over the next decade.” 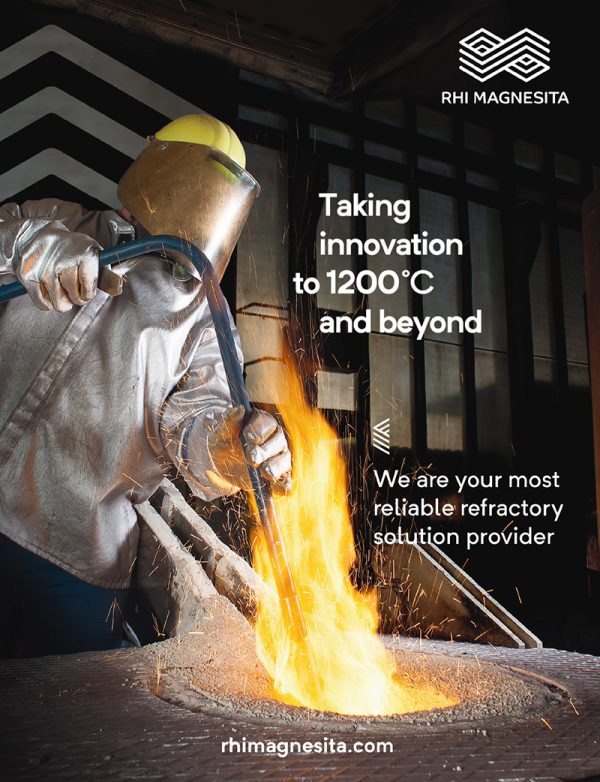 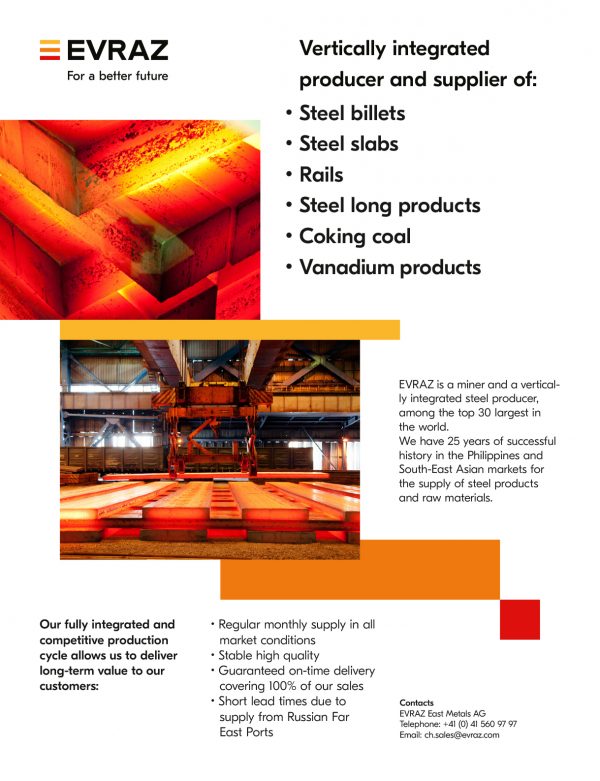