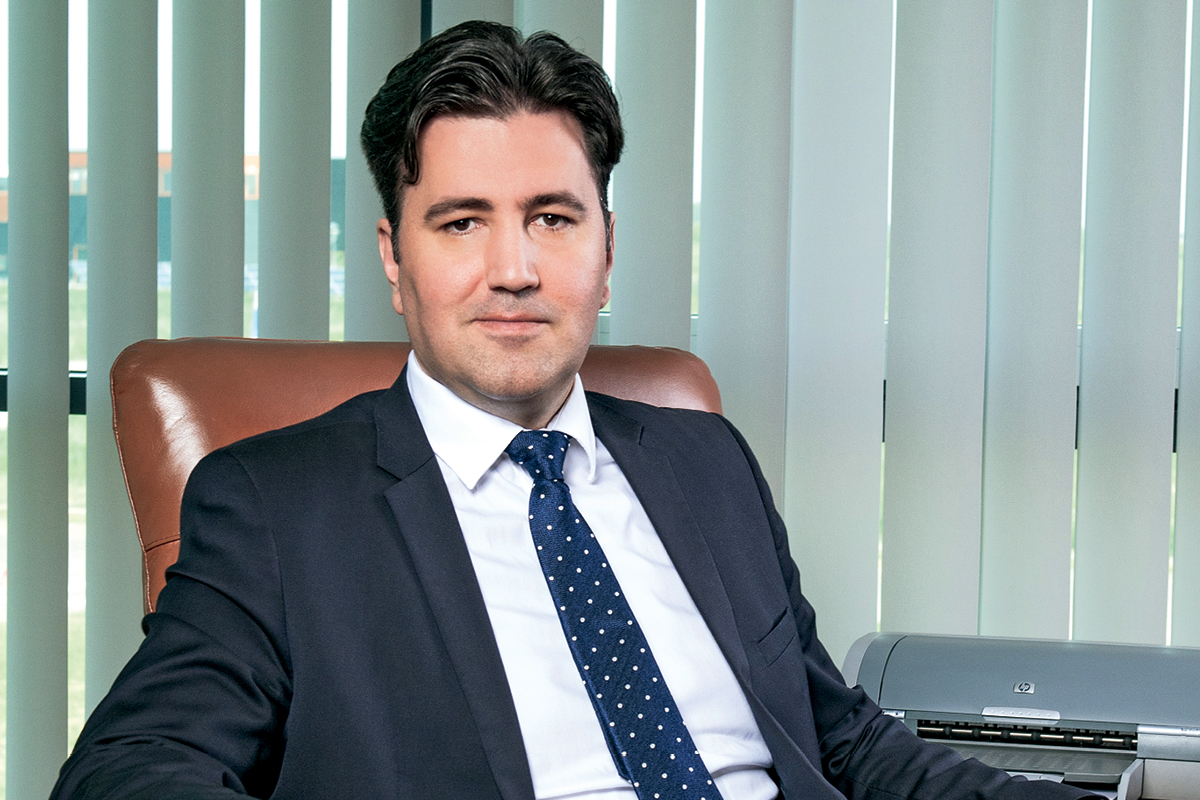 In 1884, the Romanian city of Timișoara became the first European city with electric public lighting. It’s no surprise that the first company to produce lighting products was based out of that same city, or that the same company still sets the benchmark among Romanian companies in its field. Founded in 1921, ELBA has been shaped by diverse factors – the economic crisis, war, technological evolution, and the development and complexity of market demands. Oriented towards sustainable business development, the success of the company is built on fundamental values – innovation, quality and high performance – and a product portfolio of more than 400 base products with 2,000 versions.

With a strong background in industrial engineering, strategy consulting and general management, Bogdan Cocian joined ELBA in 2012 as its Commerce and Development Adviser, moving up to the position of Strategy Director in 2013. Two years later, Bogdan’s drive for innovation and leadership was realised when he was appointed CEO of ELBA. Since then, he has achieved a long-term increase in the global turnover of all company sectors, with a strong focus on exports in the burgeoning international lighting market.

“We have been focused on transforming ELBA from a small local company into a regional supplier that’s relevant on the global stage. I also looked at how to take the lead in the technological disruption in automotive and general lighting. Since 2012, we have doubled our revenue and quadrupled our profit and we’ve shifted the company towards new LED technology,” explains Bogdan. This includes LED street lamps, which could halve the cost of current street light fixtures. ELBA has also set its sights on smart, IoT-ready products such as light fixtures that can easily be upgraded with sensors and connectivity modules after installation.

“Since 2012, we have doubled our revenue and profit and we’ve shifted the company towards new LED technology.”

To address the complexities of the lighting industry, ELBA operates four major divisions; Moulding, Lighting, Automotive and Laboratories. This end-to-end structure allows the company to design and manufacture specialised lighting products across all main areas, with the required services and facilities in-house. A milestone in ELBA’s evolution was the launch of a new production site in 2012, followed by the unveiling of its first innovation production units three years later. “Going from a 100-year-old facility, we are now completely compatible and up-to-date when it comes to the latest technology and manufacturing processes,” says Bogdan.

A major focus of ELBA Lighting when designing its 2017–18 product range was to optimise energy consumption and ensure better productivity and safety. Bogdan says the global economy and major shifts in the industry represent great challenges for the near future, but ELBA is determined to turn them into profitable business opportunities and establish itself as a national leader.

“In the automotive lighting sector, we have made several commitments to energy efficiency in Europe, lowering CO2 consumption, and making lighter and more energy-efficient products,” he explains. “We will continue to push this trend while also being mindful that the automotive industry is cyclical – we’re riding a wave of demand and growth, but in several years, this trend may not be the same.” 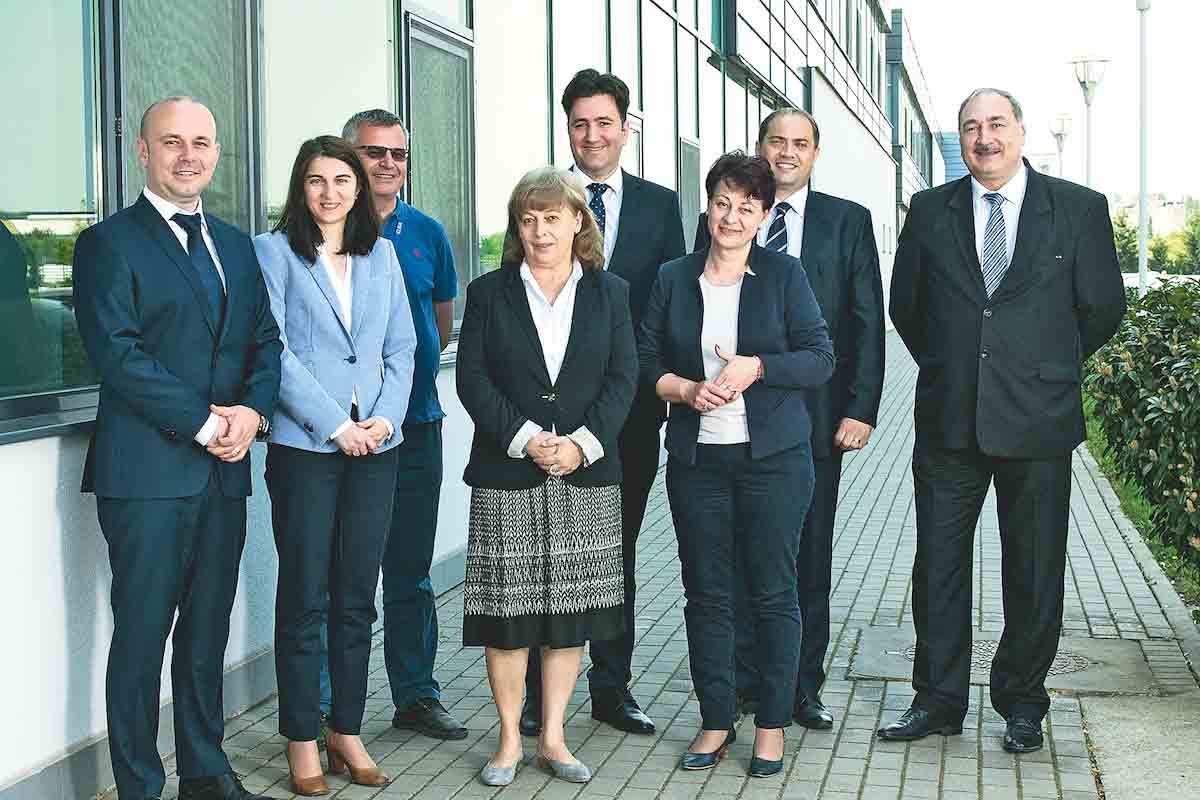 Bogdan is clearly excited about the future of electric vehicles and autonomous driving, in which he believes ELBA will play a central role. “We try to involve ourselves as much as possible and as soon as possible in the design and conception phase of the cars in our automotive business. This means doing pre-developments with customers and car makers and using our suppliers and partners to push innovation to reach the mass market,” he says. “However, we must also make sure our other branches are working well and receiving ample investment.”

To help raise its international profile and attract more tourists through different cultural events throughout 2021, the projected operating budget is a considerable €48.5 million.

Each year, Timișoara hosts between 3,500 and 4,000 cultural events, with 90% of the local culture budget going into supporting public institutions. “This is an excellent achievement for our city,” says Bogdan. “And it also coincides with ELBA’s 100th anniversary.”

Bogdan explains that ELBA’s approximately 2,000 shareholders are largely made up of former employees who have spent an average of 25 years with the company. “There is a strong sense of trust between them, as they’re all invested in the long-term development of ELBA. We may be old, but I promote a start-up mindset, so everyone feels challenged in their role,” he remarks.

Responsible for more than 1,200 employees, Bogdan says employee retention is vital. However, it is also a challenge for Romanian companies, particularly in the Banat region, due to the country’s inherent lack of migration policy and resources. “A 2012 study revealed that of all the European cities, Timișoara is highly dependent on the industrial and automotive sector, which employs around 40% of our total working population,” he says.

“The problem is that the new personnel we’re looking for does not exist today there are not enough university-educated engineers and blue-collar workers available. Therefore, we have to make sure we retain our current workers for as long as possible, by looking after them well.”

“We hold strong to our values, the most important of which is treating any and every ELBA employee as family. We encourage them to bring their nephews, nieces, sons and daughters into the company, and this has a massive impact on retention and staff morale.” 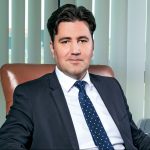