“They’re Pioneers in Enshrining Green Values into Everything they do”: Chamaiporn Uerpairojkit

For the past decade, governments across the world have progressively increased restriction and regulation on single-use plastic bags in retail and supermarket settings. So, while it wasn’t particularly surprising for the Thai government to announce in January 2020 that single-use plastic bags would be phased out, the move still sent shock waves through much of Bangkok’s petrochemical industry.

The business was highly lucrative, so suppliers and distributors scrambled to rethink plans and switch their production plants towards reusable bags and biodegradable packaging. They didn’t have long, as the process began at the beginning of 2021.

However, the move was welcomed by plastics giant TPBI, which said the ruling would cause it minimal impact as it was already three years into a major realignment of its business objectives towards more environmentally sustainable products.

In fact, since 2018, it’s been one of the only companies in the world that’s internationally certified to produce reusable bags from recycled plastic ones.

The business was founded by three brothers about 40 years ago to import plastic waste from Singapore and convert it into recycled plastic pellets to sell to major bag manufacturers in Thailand.

It was a small operation, based in a rented factory in the Sampran area, but the brothers demonstrated an impressive flair for business and grew it exponentially into one of the biggest plastic and flexible packaging manufacturers in the country, supplying bags to all the major UK, US and Australian retailers, supermarkets and grocery stores.

Before Chamaiporn Uerpairojkit took over as CEO in March, she was given a personal tour by one of the founders, Somsak Borrisuttanakul. “Mr Somsak showed me around the facilities and introduced me to the second generation of family members who hold key roles in the company,” she tells The CEO Magazine.

We’re putting a lot of investment into research that will one day mean we can replace the plastics we use today.

“I was very impressed with the operation and the real passion behind it. It had a very humble beginning, but their dedication has led to such incredible sustained growth and diversification.

“I grew up in a Chinese/Thai family, which is a great fusion of cultures, so I have always believed in working as hard as you can to achieve your very best. I have an entrepreneurial spirit in my DNA, and I could see that this company was the same. That’s what attracted me to TPBI.”

Chamaiporn is a seasoned General Manager in multinational corporations with a strong track record of driving business growth in various regions and countries. As most of TPBI’s customer bases are in the US, UK, Europe and Australia, the company needed a CEO with a global way of thinking who could help the second generation of the family continue to succeed.

“It was listed on the Thailand stock exchange five years ago, but it still has the feel of a family business. They are very smart and sharp, and committed to growth, but they weren’t very experienced in dealing with foreign markets,” she explains.

“I believe grooming the second generation to think more internationally and act more professionally will not only help them grow the business sustainably but also bring the company to another height – they have strong business knowledge while I have experiences running multinational companies. That fits well with the company’s core value: ‘think entrepreneurial and act professional’.

It was that slogan that made me decide to join the company.” Within a few weeks of her appointment, Chamaiporn was already clear on what the initial priorities needed to be. “I saw that I had to create an effective business structure that’s clearer and leaner, so we could utilise the synergies between our business units better,” she says. 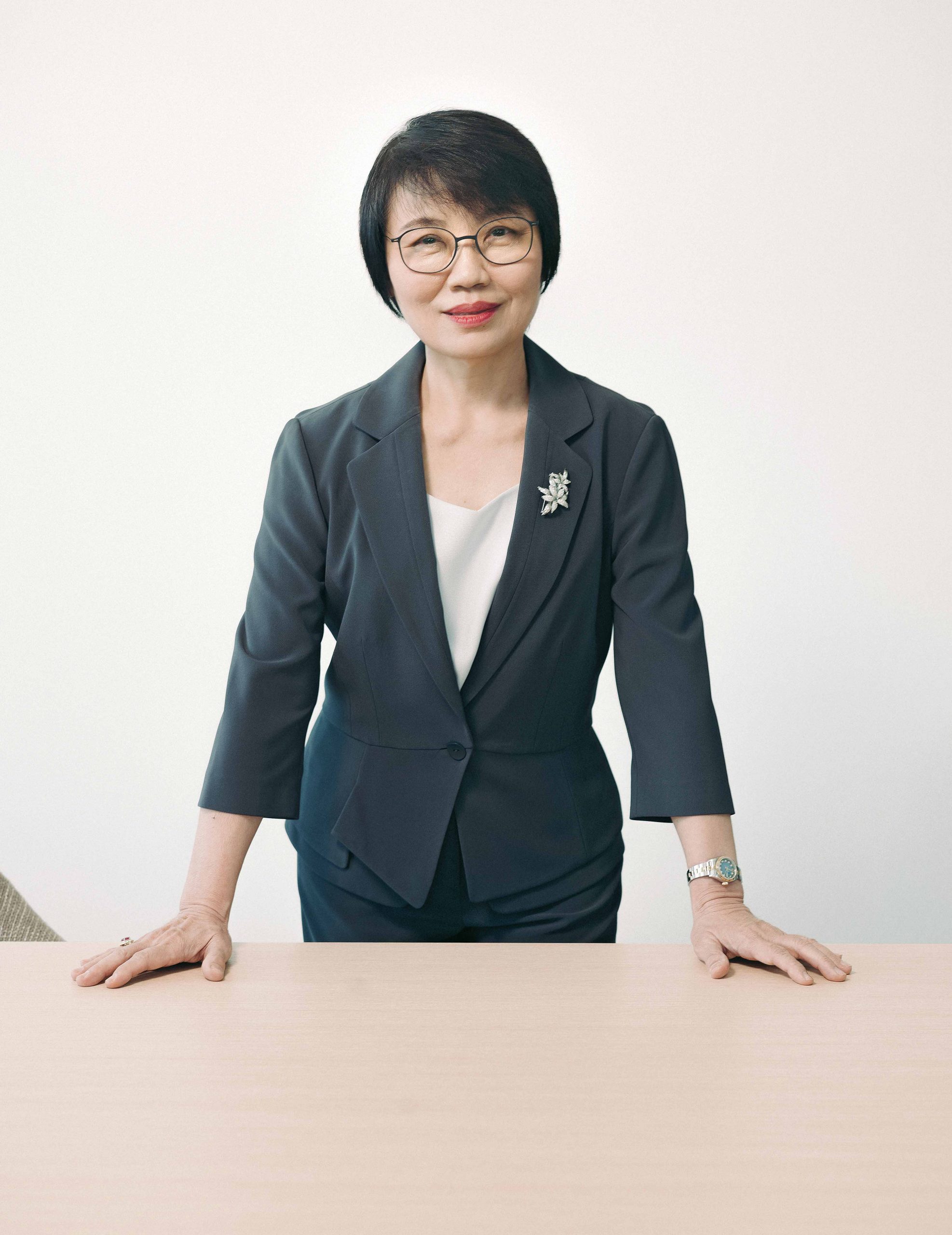 “I observed a number of duplications and inconsistencies among different operations in the group, so I just needed to make it less complex and at the same time build a high-performance culture.

“My challenge now is to make us more competitive overseas. I really believe we can grow explosively in flexible packaging and paper, as we’re not a dominant market leader, so we can take share from our competitors. And a big part of that process will be harnessing the new momentum in the circular economy resulting from the government’s policy to reduce single-use plastics.

“The family has been very committed in this area for a long time now; it’s a passion of theirs to find commercial ways to recycle and act in a socially responsible way,” Chamaiporn confirms.

“We are early adopters and have brought a number of concepts to our suppliers, customers and the government, because being sustainable is something you must do with others, not alone. They invested a lot of money into the green space, and it is now paying back as others see how important it is.”

The more people buy in, the more viable it becomes, Chamaiporn explains. “We have the technology to produce bioplastics and other plant-based solutions, but they are very costly. Everyone knows this, but many are scared to say it out loud,” she says.

It remains to be seen to what extent brands and consumers will be willing to absorb the extra costs and how effectively international regulations can be enforced. But Chamaiporn is proud that TPBI isn’t just paying lip service to the fight against climate change.

“Some companies just do it for PR, but we’re putting a lot of investment into research that will one day mean we can replace the plastics we use today,” she says.

“The family are long-term thinkers, and are already looking ahead to how both the company and the planet will look when the third and fourth generations take over. They’re pioneers in enshrining green values into everything they do, and that will benefit us all.” 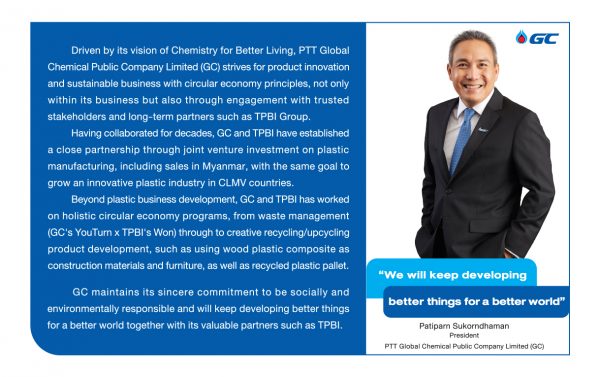