Eight years after founding industrial demolition and deconstruction company, Liberty Industrial, Clinton Dick has led the delivery of some of Australia’s most demanding demolitions, and is well known across the industrial and commercial sector for his extensive experience with large-scale, technically-challenging projects.

But rewind back to the beginning, and a freshly-graduated Clinton found his first job in Delta Group — an organisation that would eventually become Liberty Industrial’s main rival.

“I worked as a graduate engineer around the country with Delta, doing civil projects before transitioning into commercial demolition, and ended up staying with them for ten years,” Clinton says. “I then left Delta to join CMA Corporation to work in industrial demolition, where I was a senior demolition manager — predominantly in mining and heavy industrial.”

During his four years with CMA, the small private demolitions firm transformed into a large public company undergoing a number of mergers, with a new primary focus on the scrap steel trade. Demolitions began to take a back seat as this new focus drove them from a turnover of $40 million a year to $500 million. “There were mumblings about getting rid of the demolition arm or selling it off, and I had three young children, so I wasn’t going to wait to be told ‘don’t come in Monday’. I left and started my own company.”

Starting off as a one-man band, and then eventually two when Clinton’s wife came on board to help with marketing and branding, Liberty Industrial’s workflow was initially around consulting activities such as closure studies, demolition tenders and asset liability reviews for industrial clients across mining, oil and gas, and power stations.

“This kept me quite busy for a couple of years and we steadily grew and got our name out there,” he says. However, the hit of the global financial crisis three months after he founded Liberty saw everything grind to a halt. “It was a scary time, when you’re just starting out but you’ve got nothing coming in. I was lucky to have a few projects that I was finishing off before the worst of it hit,” he says.

Emerging from the GFC relatively unscathed, Clinton experienced a sudden and urgent demand for his services. “It was quite extraordinary, all these companies started to call me with urgent disasters that required my help,” says Clinton. “BHP Billiton, in the copper division, had a failed stack, so I flew down to their location and showed them what they needed to do, and said I was happy to help them tender the stack demolition. They laughed and said, ‘Forget that mate, you’re doing it’.”

Large-scale technical projects like this usually require full teams, however BHP Billiton were so confident in Clinton’s capabilities that they didn’t want anyone else running the show. “They told me, the job is yours. Go find some guys, tell us anything you need, and we’ll work with you,” Clinton says. “They had a stack that was 120 metres high and about to fall on their plant so they were very nervous, but after I spent the day explaining everything to them they became really confident that I was able to deliver.”

$25 million in turnover within the first 4 years

On top of completing the job, Clinton also went on to develop a new, unique copper saw to help BHP downsize large copper slabs previously too big to get back to their furnaces. Because copper prices were peaking at the time, after using Clinton’s custom copper saw for just four weeks, BHP was able to generate an additional $23 million in revenue. Clinton went on to develop additional copper cutting methods, including a makeshift guillotine where a saw wasn’t suitable, to downsize spent copper anodes for re-smelting.

From there, Liberty grew exponentially, with technical and bespoke projects driving its annual turnover from a few hundred thousand in its first year, to more than $25 million within four years of operation.

The abrupt success of Liberty Industrial was a double-edged sword, however, as many banks refused to back the business, seeing its model as too bullish and unsustainable.
“No one would give us finance for plant machinery because they just didn’t think we would pull off what we said we would, even though we had so many contracts in place,” says Clinton.

“Many banks thought we were just a start-up, even though I’d been in the industry fifteen years before starting my own business. They didn’t recognise that we were a major player in an industry that was otherwise in decline for being a very niche market with limited competition.” Liberty was then able to access finance for its large equipment, and then some. The company now works with a number of leading suppliers to not only source, but also develop the most up-to-date equipment for his growing team of specialist workers, to attract the best talent and clients who can trust that machinery won’t break down mid-project. This includes new demolition excavators with custom-built grapple attachments, and the latest Genesis shear attachment technology, plus access to new software that can now provide clients with simulated 3D modelling of the induced collapse of their large structures.

‘I learnt how not to treat people’

In addition to being fitted out with state-of-the-art tools, Clinton’s team also benefits from a culture of support, safety, and camaraderie — something Clinton learned was crucial to company culture. “As a long-term employee, I learned how not to treat people. I wanted to treat my people how I would like to be treated. A pat on the back or a financial bonus for someone who’s done a really good job in otherwise difficult circumstances is not hard, and really goes a long way. I wanted to ensure they knew that we appreciated them, that they were valuable employees, and what they do on a daily basis makes a difference,” he says.

Liberty is now acquiring new talent due to expansion into remediation services for contaminated sites, utilising the same equipment but with different talent skillsets. The business has also begun its transition into commercial demolition, as demand increases due to the continued expansion of Australia’s capital cities. “Before Liberty, I started out on commercial demolition projects. Now, clients are confident that we can draw from that experience, while also bringing the high levels of safety, precision, and professionalism we have established in the industrial space. So really, the sky is the limit.” 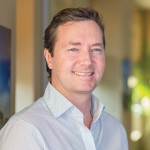