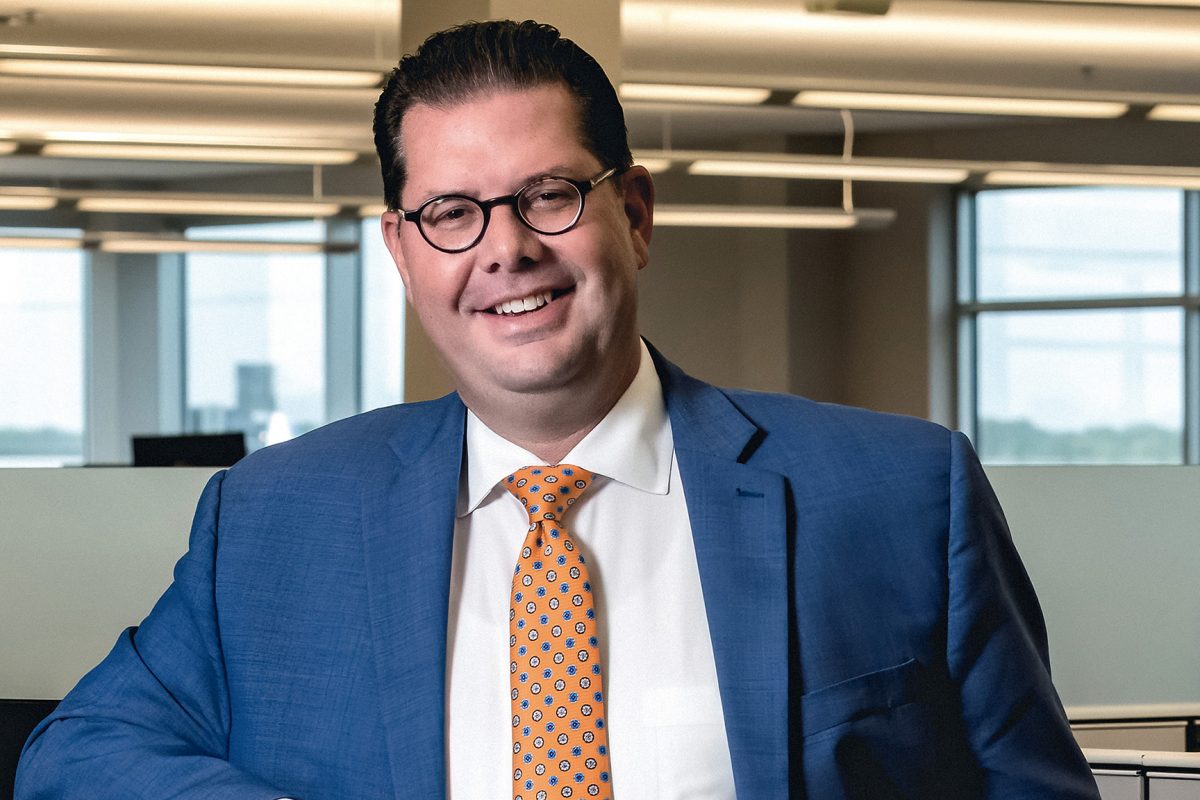 Dan Hill is well practiced at devising inventive solutions for life’s problems. Faced with the challenge of how to come up with his college fees, Dan saw an opportunity. He took out multiple loans to self-finance the purchase of a hot dog cart and set to work.

By graduation, his savvy business model and work ethic had paid off – the loans were repaid in full, as was his tuition. “I think selling hot dogs to pay my way through college showed that I would be good in sales and had an entrepreneurial spirit, and it helped me get to where I am today,” he tells The CEO Magazine.

“And once you find something you enjoy, sticking with it becomes very easy, right?” Dan is the first to admit that his career has taken him in a completely different direction to what he’d anticipated in college, studying political science, history and education while at Capital University, Ohio. But behind every decision he made was a piece of valuable advice his father had given him – one that ultimately served as the foundation for his entire work ethos.

“I grew up in a small farmhouse built in the 1800s,” he says. “At the center of the house was the kitchen table, and my family had many dinners around that table. My mother was a homemaker, my father was a lineman – someone who climbs telephone poles for a living, and runs the cords and cables. It was very hard work and he would often share at dinner how frustrating it was to do something he didn’t enjoy every day. He said that if he had the chance to choose a profession he loved, it would make all the difference, in both his personal and professional life, because it wouldn’t be like working as it’s enjoyable. “It’s funny where this path has taken me,” he says.

“I didn’t set my sights on a career in distribution. I wanted to be an attorney, but the opportunity to serve as district field coordinator for a congressional campaign led me to believe that there might be something else out there for me. Ironically, I’ve never had a business class in my entire life!” 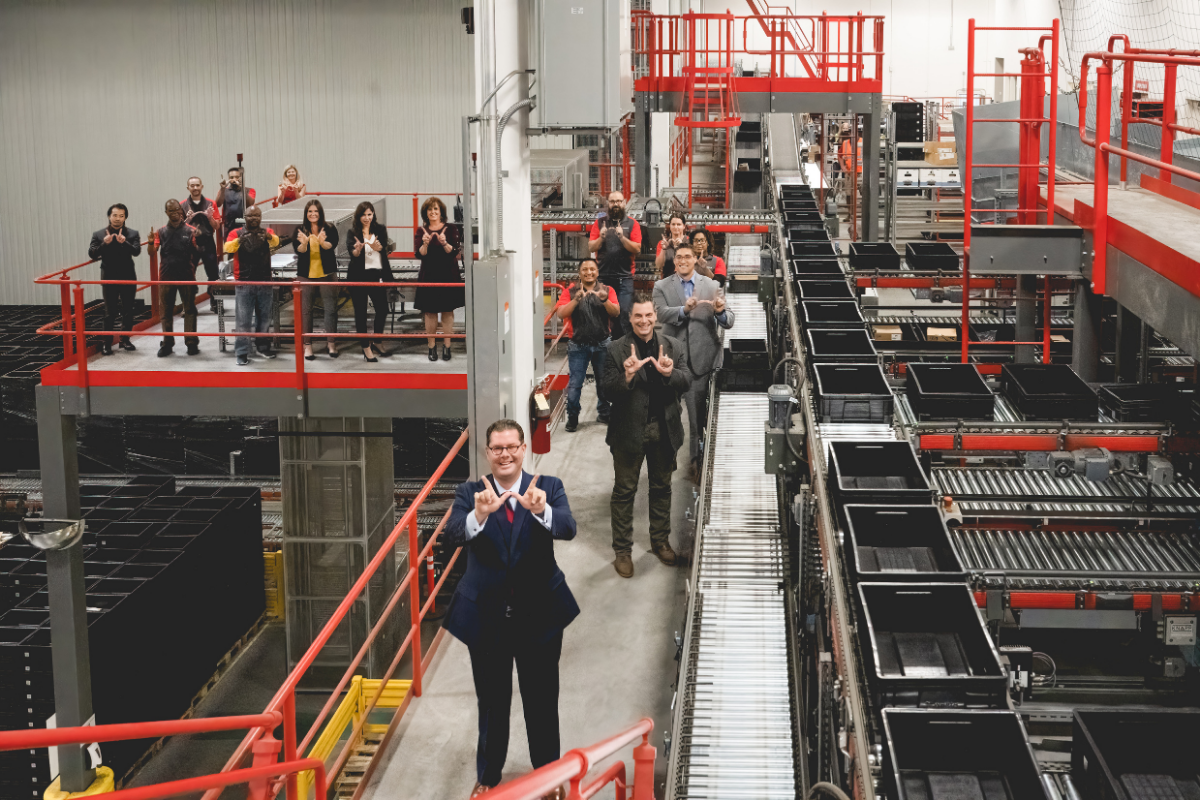 It was this urge to find a career he was passionate about that proved to be the catalyst for Dan to join one of the world’s leading digital industrial conglomerates, GE Supply, in 1999, where he had increasing roles of responsibility, ultimately as District Manager in New England.

In 2006, he moved on to Crescent Electric Supply Company, one of the largest electrical distributors in the US, where, over the next nine years, he progressed from District Manager to Vice President Eastern Region to General Manager, holding responsibility for its US$1 billionplus turnover and overseeing more than 120 national branches.

In 2015, he became President of Newark Element 14 (now Avnet), managing sales across the US, Canada, Mexico and Latin America for the US$600 million technology and electronics distributor. During his time there, Dan also helped lead the sale of Newark/Premier Farnell for US$907 million to become Avnet’s largest acquisition.

Given the pandemic, the riots, the entire social discourse in America, it’s a very challenging time to be a leader.

Due to his proven track record for increasing sales and profits, and implementing hugely effective growth strategies, over time Dan earned the unofficial title of ‘turnaround guy’, having inevitably left each company in a substantially better position than when he had begun there.

“I love that every day is unique and presents its own set of challenges, especially working through business transformation,” he says. “I enjoy companies that aren’t performing to their maximum. I enjoy turnarounds. I think if I ever had to be a CEO just maintaining a business, I wouldn’t be very successful.”

His extensive experience meant that by the time he was brought on in 2018 as CEO of Würth Industry North America, as well as one of 24 Executive Vice Presidents managing the greater Würth Group, there was no doubt in anyone’s mind that his expertise would take the company to a new level. 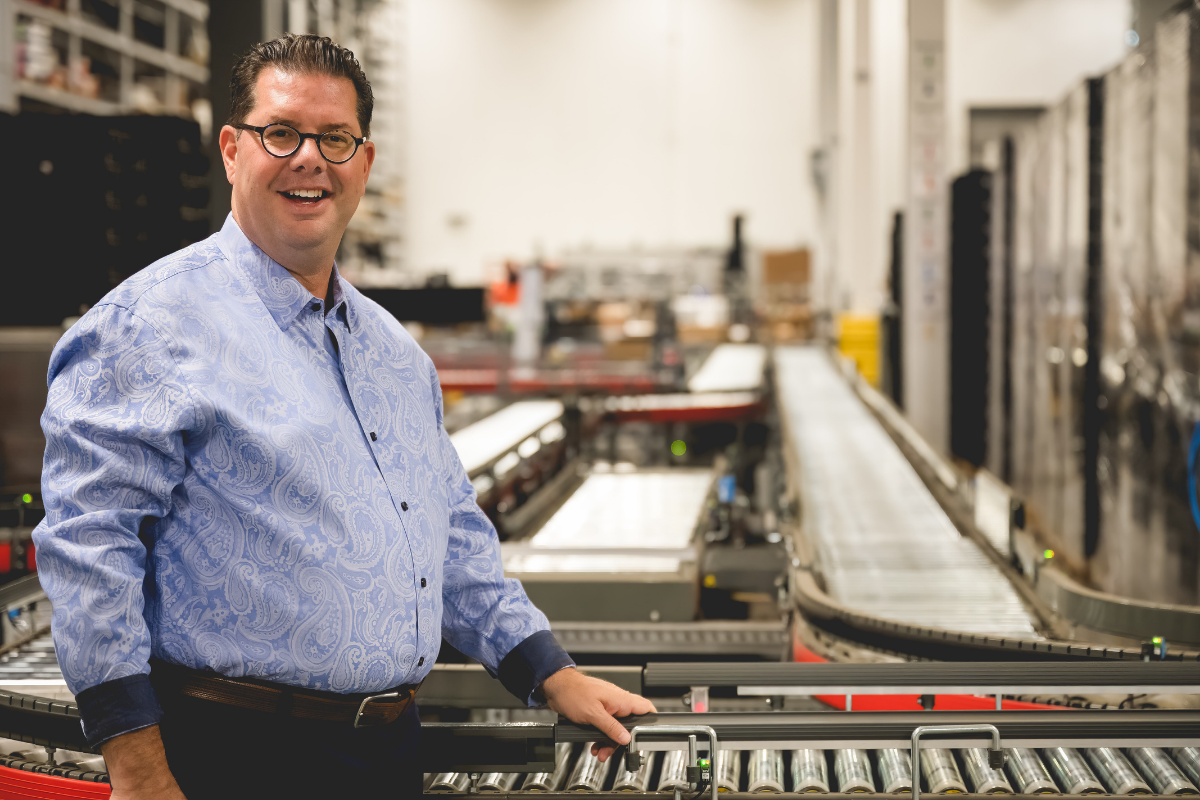 Unsurprisingly, that was exactly what happened. As the world’s largest industrial distributor, with a sales volume of US$15.5 billion, and with more than 400 companies and 74,000 employees in more than 80 countries, The Würth Group was already a market leader in the trade of supply chain solutions for fasteners, MRO and safety equipment.

However, in his two short years at the helm, Dan has driven revenue, generated new customers and multi-year contracts totaling US$100 million, and improved efficiency. And while this year hasn’t been smooth sailing for any businesses globally, Würth is uniquely positioned to thrive during tough times thanks to aligned strategies for continued improvements and by remaining flexible.

“Given the pandemic, the riots, the entire social discourse in America, it’s a very challenging time to be a leader,” he concedes. “So we’re taking it one day at a time, but even so, the team has worked so hard in spite of the current obstacles. We had our best operating result in two years, and we’re on pace to add more than US$100 million in multi-year contracts signed this year.”

The Würth Group is a 75-year-old company … But I think we’re really in a spot where we have to reinvent ourselves every two to three years.

With an emphasis on company culture and by cultivating a highly functioning team environment both internally and throughout the larger banner, Dan has executed a shift within the business for staff to work together across divisions and share best practice.

In addition, by investing in talent and innovation, Dan believes he is safeguarding Würth’s success in the long-term. “We’ve assembled a fantastic team,” he says.

“I’ve prioritized talent acquisition and development, which I think is key. I’ve also established a business intelligence team (BIT) – staff who sense trends in the data and look at potential pitfalls as well as the profitability of the business full-time.

“I don’t believe that you can just put partial resources into those areas. When you put fractional resources on data, you get fractional results. With a team of people whose sole job is to look at and drive data, it makes my role a lot easier when I’m making those hard decisions.”

There’s no denying the system works – an improvement of US$10 million has already been recorded as a direct result of the BIT and experience in developing and implementing a transferable process-driven business model across multi-site organizations. 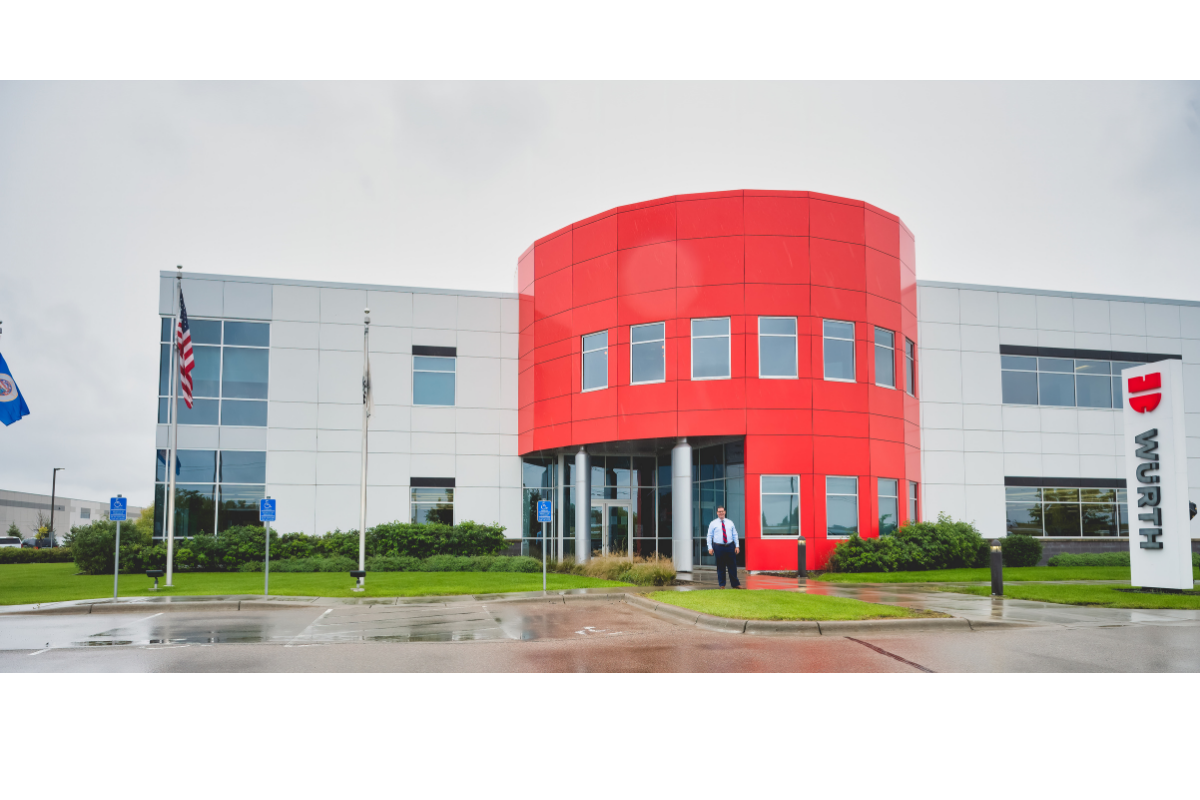 Dan is also a steadfast advocate for transparency within the company, instilling a clear long-term vision for ensuring future growth that is openly shared with all staff. “I pride myself on being an inclusive leader and encourage my team to do the same,” he says.

“One thing I think all successful companies have in common is making sure that the organization understands the path. Be forthcoming and folks will join the journey.”

A firm believer in the benefits of communication, Dan has established practices to open feedback loops between employers and employees throughout the company. In addition, by inviting the team to participate in decisions, they feel accountable for the accomplishments of the business.

“I’m a frontline CEO, regularly meeting with sales employees, customers and vendors,” he says.
“By being out there, you create an avenue for people to share their thoughts and ideas for improving the business, and if people trust that their ideas can and will be heard, and could be implemented, that change becomes multiplicative. Winning comes in many forms, but I believe that colleagues who are fulfilled and achieve success at work are more apt to carry this into their home lives too. And if, as a leader, you can make an impact on people personally as well as professionally, there’s no greater reward. That’s really a true measurement of success.”

This mentality of inclusivity and teamwork is not limited to internal operations either; Würth prioritizes maintaining strong relationships with its external vendors.

This mutually beneficial set-up means that by collaborating to share ideas and innovative technology, Würth now boasts a diverse network of supply partners who fully support its vision.

Across the globe – from Asia, where partners include KPF and Newrex in Taiwan, to Elgin Fastener Group and Markforged in North America – it has nurtured vital relationships with the best key suppliers in the business.

Indeed, in March, Würth signed an agreement to nationally distribute Markforged 3D printers and offer new digital Kanban solutions, a clever strategic move that will better serve the needs of Würth’s customers in the general manufacturing market, as well as in oil and gas, heavy equipment and transportation.

“3D printing will continue to become more prevalent, especially for industrial distribution,” Dan explains. “So it’s a perfect partnership. Markforged, we believe, is the world’s best industrial 3D printing company, and we always want to be on the cutting edge. The speed of technology, business and customer service implications requires us to be more nimble than ever. The Würth Group is a 75-year-old company that is wedded to values, welcomes change and works to explore new avenues, but I think we’re really in a spot where we have to reinvent ourselves every two to three years.”

Now, as Würth continues its meteoric rise to the top, Dan admits he is careful never to lose sight of his roots – and he won’t, as long as he still has a certain memento from his college days.

“I’d sold the hot dog cart but bought it back after about a year and a half,” he laughs. “I’ve had that cart for over 20 years now. I take it out a few times a year for family events, like a birthday or graduation party. It’s a piece of my life history – a constant reminder for me of where I started. My wife, Sarah, and I agree that it’s important to share this work ethic with our four children. This is a family journey as well as a work journey.” 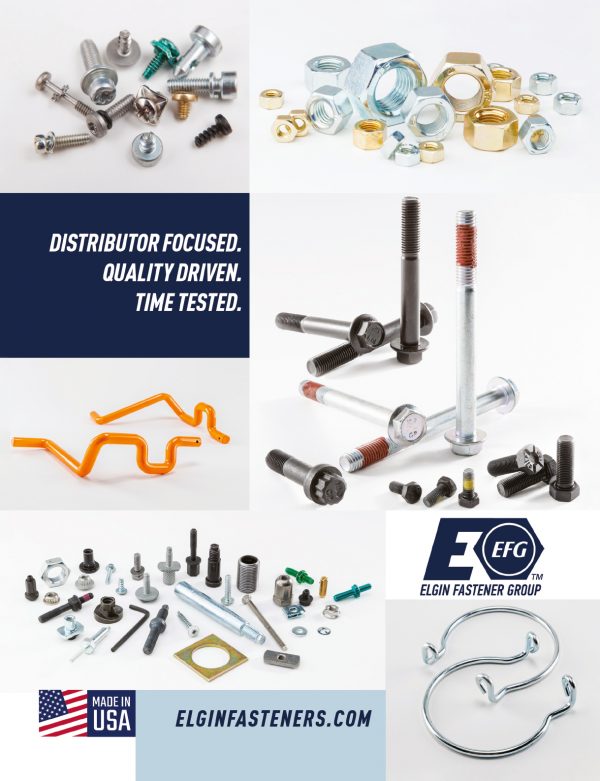 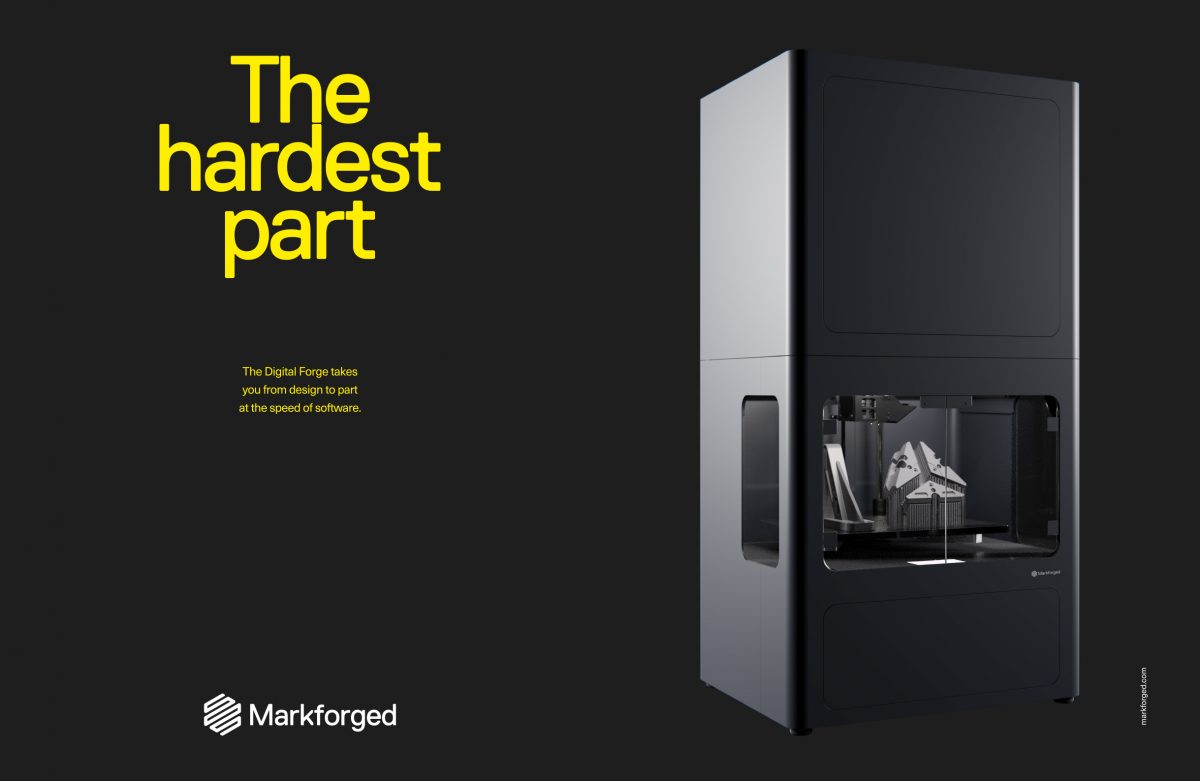