From zero to hero: David Sonzogni Since October 2019, David Sonzogni, the President of Leroy-Somer Electric Power Generation Europe and Asia Pacific, has been overseeing the power generation division in Europe, the Middle East and Africa, India, and Asia-Pacific.

The French native is in charge of the alternator product portfolio across the regions, as well as the company’s six production sites, and its global sales and services network.

The task at hand is challenging, but fortunately, David is where he wants to be – this is what he’d dreamed of since he was 20 years old. “I like to travel and meet people,” David says. “Being a manager is the best job in the world for me. I’ve always wanted to lead people. That’s what motivates me to do 12-, 14- or 16-hour days.”

Leroy-Somer, a French-based electromechanical and electronic drive systems manufacturer, prides itself on the ability to produce efficient product designs and manufacturing tools to grasp and retain the maximum share of the market.

Its specialties include electric alternators and associated controllers, used in several industries such as building utilities, data centres, power plants, marine, and oil and gas. In 1990, US engineering firm Emerson acquired the company and, in 2017, it was sold to Japanese electric motor company Nidec Corporation.

“We are the leader in alternator manufacturing,” David confirms. “We own close to 23% market share globally.” David explains that the performance of the Electric Power Generation division, which develops power solutions and generators for Leroy-Somer and Kato Engineering, has been consistently strong across Europe and India.

One of the company’s most revered power generation solutions is its electric alternators, which come in ranges between 10 kilowatts and 25 megawatts. Asia is another significant market for the business.

1919: Marcellin Leroy, a young artisan from northern France, settled in the Charente region. He envisaged an almost integrated process, which led him to create his foundry in 1928.
1947: Moteurs Leroy began manufacturing alternators. Marcellin Leroy also introduced social care policies and new employees, all participating in company growth.
1958: George Chavanes took control of the company in 1958, which had already grown to a significant size. George then streamlined production to meet the obstacles of the industrial era. In less than 15 years, the company became a European leader in its field.
1989: By the beginning of the 90s, international competition increased. New mergers were needed to keep competing in the market. Thus, US-based company Emerson became the sole shareholder of Leroy-Somer in 1990.
2017 to now: In 2017, the Japanese electric motor manufacturer Nidec saw potential in Leroy-Somer and became its sole shareholder. The company celebrated 100 years in 2019.

Over the years, it has continued to steadily gain traction and become the primary focus for Leroy-Somer as it works to be number one in the industrial products and power products sector.

“I’ve lived in Asia for nine years,” David says. “I would say Asian customers are still collectively discerning in terms of branding, brand image, and the technology that they buy. The customers don’t want to spend more on the equipment, but they value the brand.

“It took us longer to find a pricing strategy in Asia, but we are growing extremely fast in certain areas. I’m sure that we will come in line with the market share similar to Europe or India. We are behind in Asia, but we are catching up very fast.”

Leroy-Somer operates in the power generation industry, whereby a large amount of fuel used isn’t considered clean. “There has been zero technology revolution in the alternator business in the past 60 years,” David highlights.

“We have coal-fired power plants and diesel power plants. The gas is supposedly cleaner. But is it?” Thus, the company is making efforts to ensure a cleaner future. “We are working on trying to reduce the pollution created by the diesel engines,”

David adds. He points out that, until now, there has been minimal action in creating greener alternators. “First of all, we should, as alternator makers, start talking to the regulatory authorities to build momentum in greener technologies of products, and to get clear involvement in the design stage of the complete system.

“We work in the field of hydroelectric power generation. We would like to participate in the transition of our business with the improvement of batteries and also with other technologies, to reduce the carbon footprint of our industry,” David asserts. 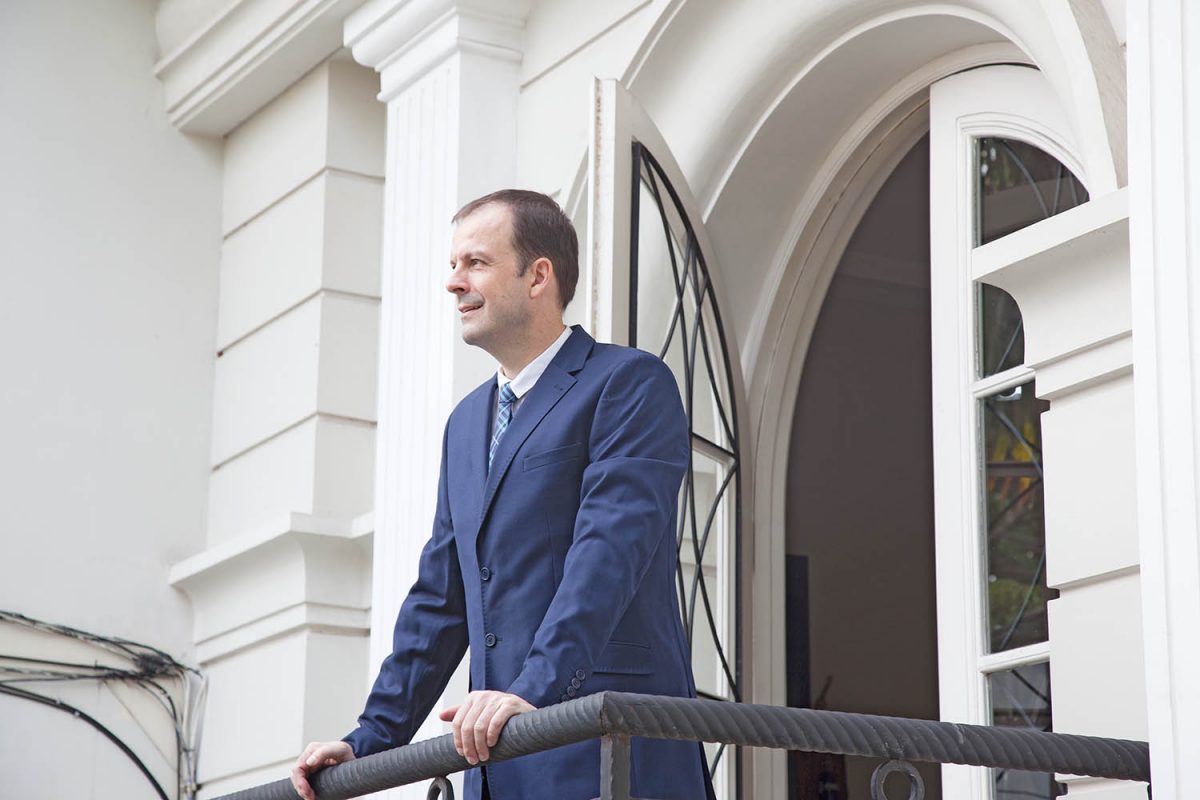 He doesn’t ignore the fact that a large number of businesses are talking about becoming more sustainable, but for most, it’s too soon to tell whether drastic action has implemented any change.

“Every company wants to be green. But we are really at the forefront of making change happen,” he says. “It’s our responsibility to jump in the race and try to make better systems together with our customers,” David continues.

“Cleaner alternatives are a big focus. In the next two to three years, I want to create the product for the future. Now is the time to start thinking differently, so that we can sustain for the next 20 years.”

In light of COVID-19, David sees the company as being quite lucky because, with the factory based in China, the business was able to learn from the experiences before the virus spread globally.

“The Chinese government has been exceptionally supportive in teaching each industry how to restart,” he says. “They have been extremely effective in getting everybody back to work safely. This support has helped us to keep a cool head and to raise the security measures ahead of the exponential increase that happened mid-March in Europe. By anticipating what could eventually happen, because of the experience we had from China, it allowed us to maintain excellent profitability in our second quarter.”

Overall, Leroy-Somer is pleased with the actions it took. “We have managed to keep everybody safe,” David confirms. “All of the 2,200 employees we have throughout the world are safe. We are trying to keep work as comfortable as possible and ensure people are safe and social distancing.”

David also emphasises the importance of remaining positive in times of crisis. “The crisis by definition is temporary. We know there will be an end to this.”

David also acknowledges the fact that while he is safe at home with his family, the real heroes are the plant managers, as well as the people who keep the plants running, the cleaning services and the workers who still came in throughout the lockdown in Europe.

“Everyone has been remarkable,” he notes. But, despite the easing of restrictions, and of people’s outlook in most parts of the world, David believes that business-wise, the worst is still to come.

“We are not out of the woods,” he says. “Health-wise, I think we have managed to control it with a new way of working. But the business will get worse. So, it’s really about managing your costs.”

David is also pushing for everyone to take this opportunity to accelerate some of Leroy-Somer’s medium-term projects. “I’m talking about automation, productivity improvement, lean projects in the factories, capital expenditures and new equipment, to take advantage of this slower period to make leaps forward, so that when the business returns we’ll be in a better position to react,” he explains.

The other area of focus for the next few months is cutting costs and protecting cash. “Many companies will go bankrupt,” he adds. “If you don’t protect your cash aggressively, you will run into trouble. That’s something we have to keep in focus.”

Spotlight on the supply chain

The pandemic has also caused turbulence and highlighted weaknesses in the supply chain for many businesses across the world. “There’s no secret that the all-China supply base strategy that companies had in the past was a disaster in the making,” David explains.

“We were not as bad because, for many years, we have had a strategy of sharing customers regionally, so we are also trained to source suppliers as regionally as possible.”

Despite Leroy-Somer managing to stay afloat when businesses began to close, David admits that everybody was scared. Fortunately, the company didn’t experience significant supply issues.

“The regionalisation of supply has been good for us. We will certainly continue to improve it in the future.” David says the partnership and close collaboration that Leroy-Somer enjoys with suppliers is a result of constant communication.

“It can be difficult to get the same reasonable agreement with the customer, compared to what we have with the supplier. Everyone has their project deadlines and commitments they need to honour. But we value partnerships strongly at Leroy-Somer and Nidec,” he says.

My role as a leader is to make the soup work. You need to stir the ingredients and make sure that the mixture takes shape.

“This has served us well with customers and suppliers.” This continuous communication and trust has benefited the business in the past few months, as David confirms that there has been no significant impact on the factories from supply breakage. “It’s down to the respect and the trust that we have created with our suppliers.”

Leroy-Somer was David’s first job after completing an engineering degree in France. He joined the business in 2001 and has since held several sales and general management positions in the Middle East and Asia. 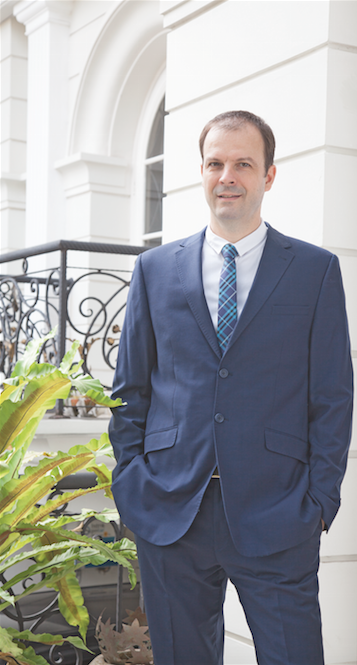 In 2016, he was appointed EPGE Vice President for Asia-Pacific (China, Japan, Korea, South-East Asia and Australia). “I’ve always been hands-on in the business,” he says. There was a point, however, when he had to step back and let other people take the lead on projects.

“Giving up the active work that I loved so much was probably the most challenging part for me,” he admits. Two years into his role, David feels that he has finally found his footing.

“My job is to get the ball rolling on projects, create the momentum and keep it sustainable,” he says.

“My role as a leader is to make the soup work. You need to stir the ingredients and make sure that the mixture takes shape.” Reflecting on his professional journey so far, David shares an anecdote about one of his first managers, who taught him two lessons: take charge of decisions, and make mistakes in doing so.

“Making mistakes should not stop you from taking a risk,” David says. “That has been my motto throughout my career. I usually take measured risks because it’s not my money; it’s the shareholders’ money. We have to respect that and follow the rules. But if you are not adventurous, if you don’t take risks, then you are not going anywhere.”

Leroy-Somer is aiming to be the greatest factory of its kind, with its sights set on achieving further exposure and visibility with the consumer.

The company has worked with clients such as Royal Caribbean, which used six Leroy-Somer LSA 62 alternators and Wärtsilä engines that provided 100 megawatts of power aboard its cruise ship Harmony of the Seas.

“We want to have product visibility with the end user, even though we only sell to equipment manufacturers,” David says. “We are not on the frontline with government utilities, hospital and hotel chains who buy our product. To create further visibility and exposure would be great.”

The focus now is on the future – one that involves the right products at the right cost with the right strategy. “I hope I am able to achieve that,” David says. “It will be a big challenge. We still don’t know how to get it done, but that’s where we are heading.” 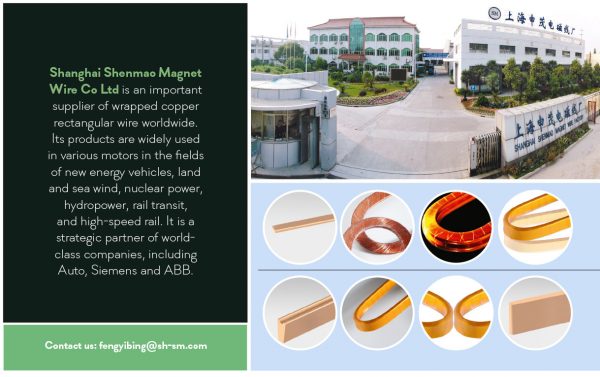