Time, once spent, can never be taken back. For David Sonzogni, President of Electric Power Generation Europe at Leroy-Somer, it is what you do with your time during your work day that determines how successful you can be.

“For me, the difference between an average person and a great person is how much they can deliver on a day-to-day basis,” he tells The CEO Magazine. “It’s all about the focus that you have on what really matters.” It was after completing an engineering degree in France that David took an opportunity that has led him to where he is today. “Leroy-Somer was my first job,” he explains. 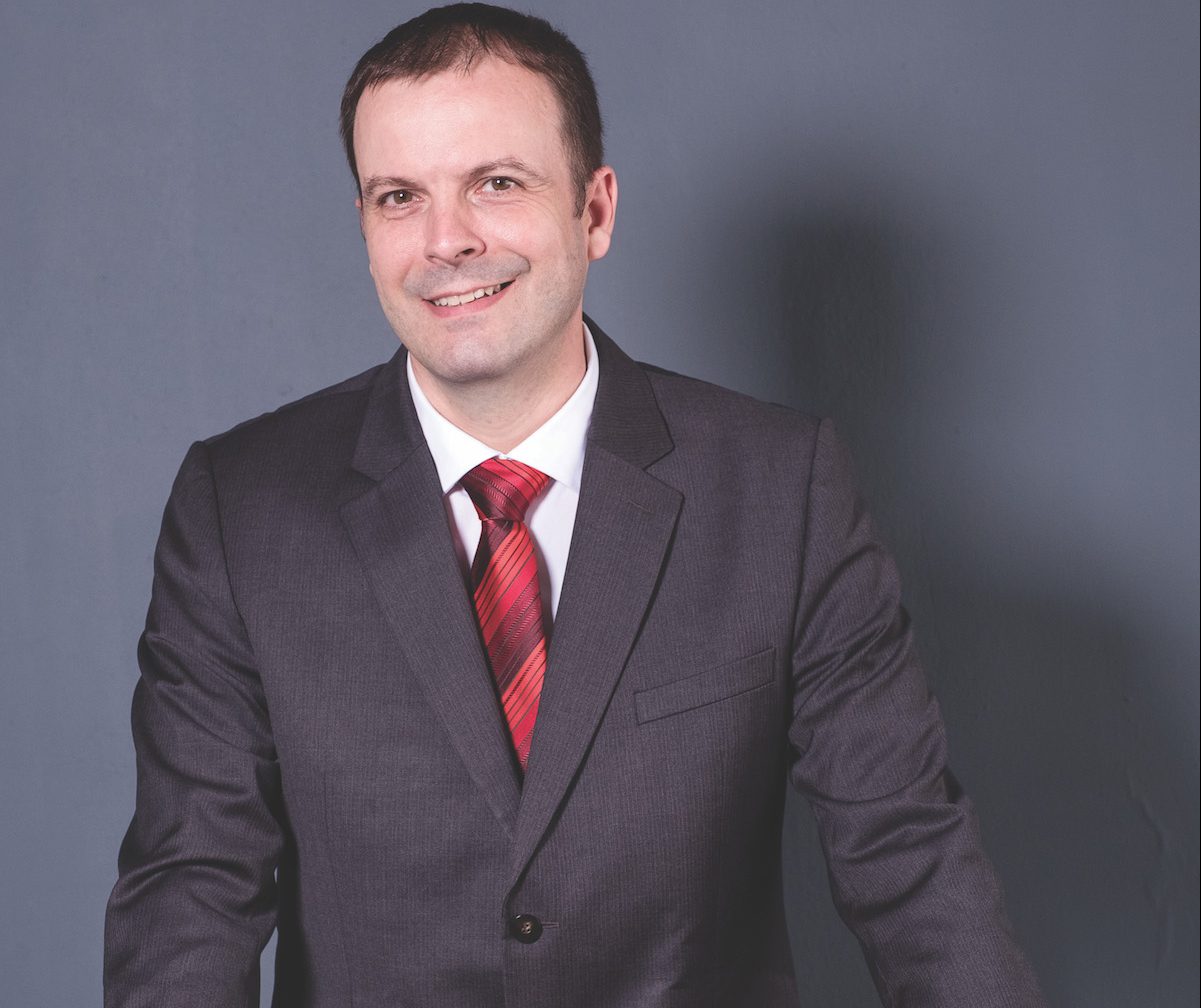 “I went to an engineering school that provided us with one years’ experience overseas. And one of the main reasons I joined Leroy-Somer was that it offered a junior engineer the chance to go overseas immediately.” That chance took David to Saudi Arabia in 2001, and he has been with the company ever since.

Leroy-Somer is a French-based electromechanical and electronic drive systems manufacturer. Being in the power business, its products – which include electric alternators and associated controllers – are used in several industries such as building utilities, data centres, power plants, marine, and oil and gas.

David was promoted to President of Electric Power Generation in Europe in October 2018 after serving as Vice President of Asia–Pacific for more than two years. In his current role, David oversees the power generation division in Europe, the Middle East and Africa (EMEA), India, and Asia–Pacific. He is in charge of the product portfolio in those regions, its six factories, and its global sales and services network.

The Electric Power Generation division develops power solutions and generators for the company’s two main brands: Leroy-Somer and Kato Engineering. One of the company’s most popular power generation solutions is its electric alternators, which come in ranges between 10kW and 25MW.

David adds that the main market for these engines is in electricity production. “We make a lot of small generators which we sell mostly to small power utilities,” he continues. “We have more than a thousand generators in Indonesia, which has about 17,000 islands, and each island requires a small generation unit.

Apart from small power generation businesses, we provide solutions for data centres and give them backup power to make sure they don’t lose their data. We are also in telecommunications and supply backup generators for buildings in case the power goes down.”

“I always wrote my own action plan and executed it by myself.”

David reflects on his time as a junior engineer and welcomed the company’s ability to give employees autonomy over their design work. “I always wrote my own action plan and executed it by myself,” he says. “I really liked that because I think it helps you develop and own your results at all levels. 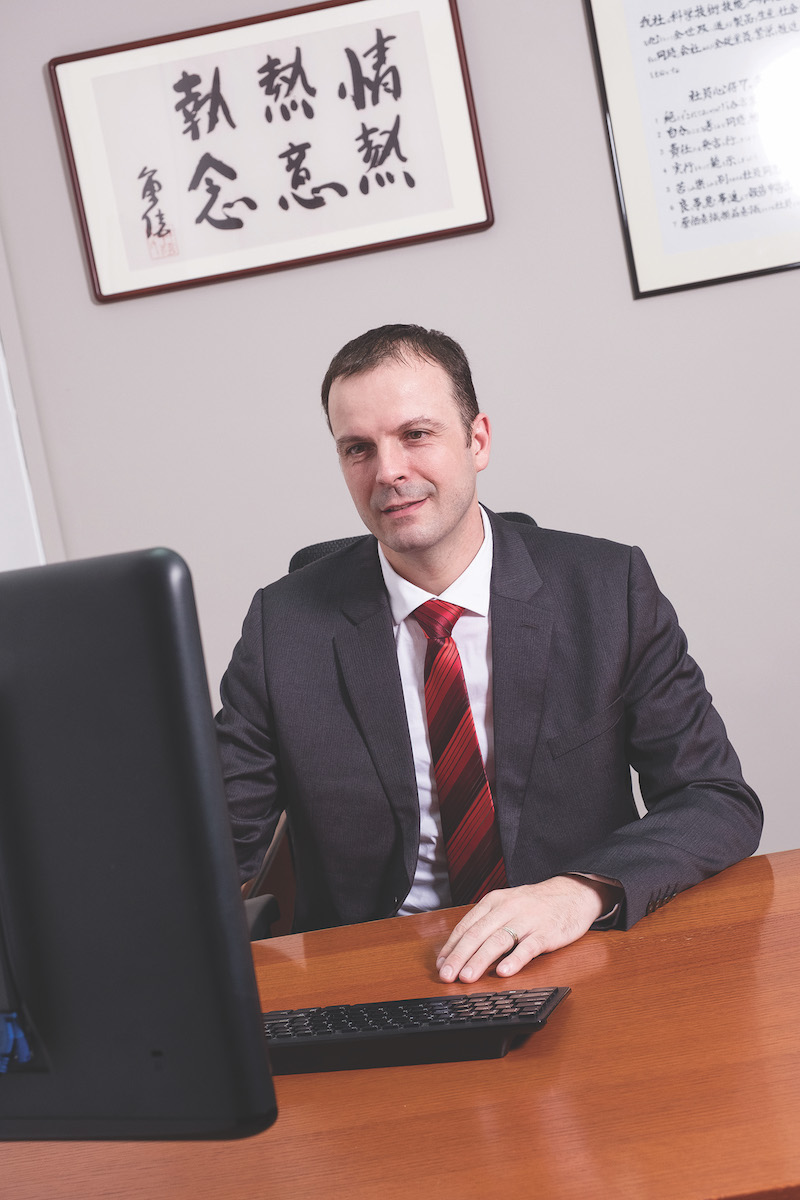 As a junior engineer, I was trained to work with a distributor and I just created my own agenda. From there, I started to visit other people, listen to what they had to say and created my own action plan.”

The role worked well with David’s personality. “I like doing a lot of things and I like working in a fast-paced environment,” he says. “Leroy-Somer is really suited to my style of work.

I like challenging myself every day and making sure that I work harder than the competitors. And, of course, in my job, what I like most is meeting people.

It’s very interesting to work in Asia with so many different cultures and people all the way from Australia, China, Korea, Japan – I really enjoy that.”

Leroy-Somer was acquired by US engineering firm Emerson in 1990, but in 2017 it was later sold to Japanese electric motor company Nidec Corporation. “Nidec is very close to our business because we have very similar products,” David notes.

“They are really growth-driven, which gives us the opportunity to approach new markets that were not accessible to us under the Emerson management. So that was a great change for us.”

Over the past three years, the company implemented a major change to ensure it remained competitive, but it was a challenge to get it done. “We decided to approach the market with new products that have lower specifications – mid-tier products, we call them,” David explains.

“This was a major change for us because we had been selling the best product in the market with the highest specification levels, but those were not suited to what the customers wanted today. It required a change in mindset here at the organisation. In the beginning it was very difficult for us, but now it’s quite successful.”

David further explains that Leroy-Somer takes pride in the products it makes and this change still meant putting together products with strong levels of performance. “Over time, customers started looking into alternative solutions because the market price was going down,” he notes. “And I think we took too long to understand that and adjust our position.

Bringing in these new products with less features and a smaller performance enabled us to meet customers at the level of expectation they had. It really adjusted our approach and our strategy and we have started growing again in the past year and a half, which is great.”

If there is one thing that heavily impacts Leroy-Somer’s operations, it is the ever-fluctuating oil price. “Because we work on power solutions for our customers, our business is very closely linked to infrastructure investments and utilities, which means oil prices really drive our growth,” he says. “The more investment there is in oil, the more equipment we sell.

“The more investment there is in oil, the more equipment we sell.”

We sell products for the oil industry and the mining business, so generally oil prices are a good indicator of the health of our customers and how many machines we can sell. When oil prices collapsed in 2014, the entire market followed and all generator manufacturers went into a cost reduction mode. I think we have been very successful with our cost reduction by announcing these new products which are a bit more optimised.”

But what makes Leroy-Somer stand out from the crowd is its ability to tailor its solutions for its customers. “We are market leaders in power generation products,” David says. “We have been number one globally after almost 20 years now, with organic growth and a few strategic acquisitions. So, of course, we have always been the technology leader bringing the newest products with the best performance.

But I think that the company culture we have in general is that we are very close to our customers and we treat them as partners. We like to grow together and that is what makes the difference with some of our competitors who maybe try to impose their own strategy. We tend to give customers original solutions for their specific requirements.”

When it comes to internal operations, David has a plan to enhance productivity. “It is important for people to focus on what matters,” he says. “In management, there is a difference between working for what’s important and working for what’s not. Especially in this current world which is really fast.

There are a lot of urgent things but you need to put your focus on what matters for the long-term because that’s how you will be successful.” 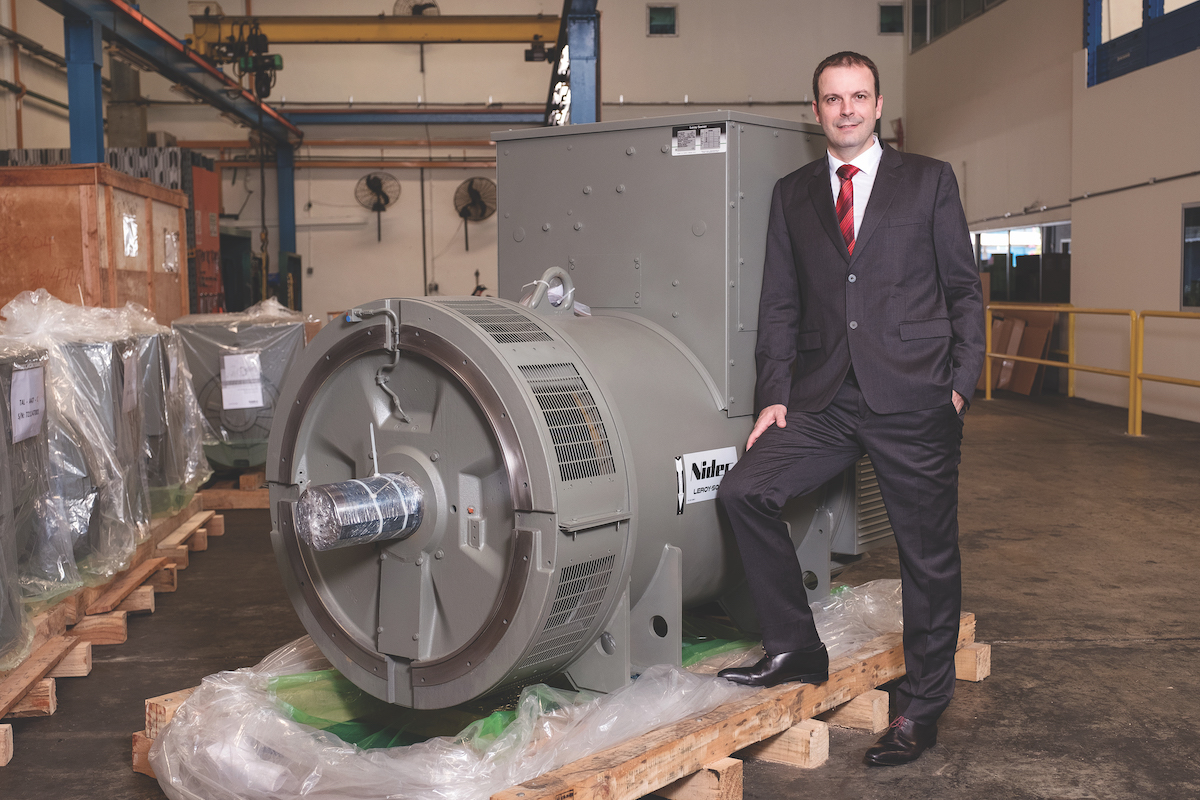 But as a business leader, there is a level of responsibility David believes you should give to your team to increase productivity. “You should not get involved with certain tasks, instead you should delegate them to your team,” he says, “because the best way to ensure everybody in your team is productive is by knowing what they are doing and supporting them in every action that they’ve done.”

And when it comes to how David defines success, he says: “Success is about doing what I like and doing it well. You know, I like a job well done and for me if you enjoy what you’re doing and you know you are good at it, then you are successful with it.”

David says the primary focus for Leroy-Somer in Asia is to become number one in industrial products and power products. The next priority is to increase its profitability. “We need to improve sales and increase our profitability by controlling our cost,” he says.

“For me that’s the key in most industries today. We are in a market where margins are lowering everywhere and if you don’t control that, your business will disappear.”

Where Leroy Somer’s products have been used:

The Rhône-Alpes region in south-eastern France is ideal for generating hydroelectric power due to the Alps mountains and its abundance of rivers. It is home to more than 465 operating plants, most of which are micro plants.

Leroy-Somer worked together with Gaz Electricité de Grenoble (GEG), one of the largest French electricity distributors; the Villard-Bonnot City Electric Authority; and hydroelectric company Société Hydroélectrique Frédet-Bergès (SHFB) to replace three production plants in the region which had been built more than 100 years ago.

Leroy-Somer suggested the use of a closed circuit water cooling system that used a dual-tube air/water exchanger for the alternator. The system, once installed, reduced the noise level and further optimised overall power generation output.

Harmony of the Seas

STX Shipbuilding delivered mega passenger cruise ship, Harmony of the Seas to the International cruise company Royal Caribbean in France in 2016. The ship, which, at the time was the largest passenger ship in the world, featured six Leroy-Somer LSA 62 alternators and Wärtsilä engines that provided 100MW of power.

The power generated was not only for propulsion but to power all of the ship’s amenities. It took 32 months to build and includes 2,747 rooms, 23 swimming pools, 20 dining venues, and a 1,400-seat theatre.

The ship set sail from Saint-Nazaire in France on 15 May, 2016. Harmony of the Seas’ sister ship, Symphony of the Seas has since taken on the title of the largest cruise ship in the world.

The St Luke Hospital in Ghent, Belgium, uses Leroy-Somer alternators for its emergency and co-generation power generation systems. Following a renovation of the hospital during the 1990s – which included a merger of two adjacent campuses – the hospital implemented a combined heat and power (CHP) system.

It generates 500kW of electric power and 550kW of thermal power. The hospital also invested in a 4MVA (mega volt amp) emergency power cable, which can power the hospital in the event of a blackout. These systems all used Leroy-Somer alternators.

Leroy-Somer had been conducting maintenance on the facility’s alternator since 1995 and, following the flood, went back to conduct full-force servicing. It removed the alternator, conducted on-site rewiring and also upgraded the system to get it back on track. 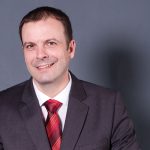