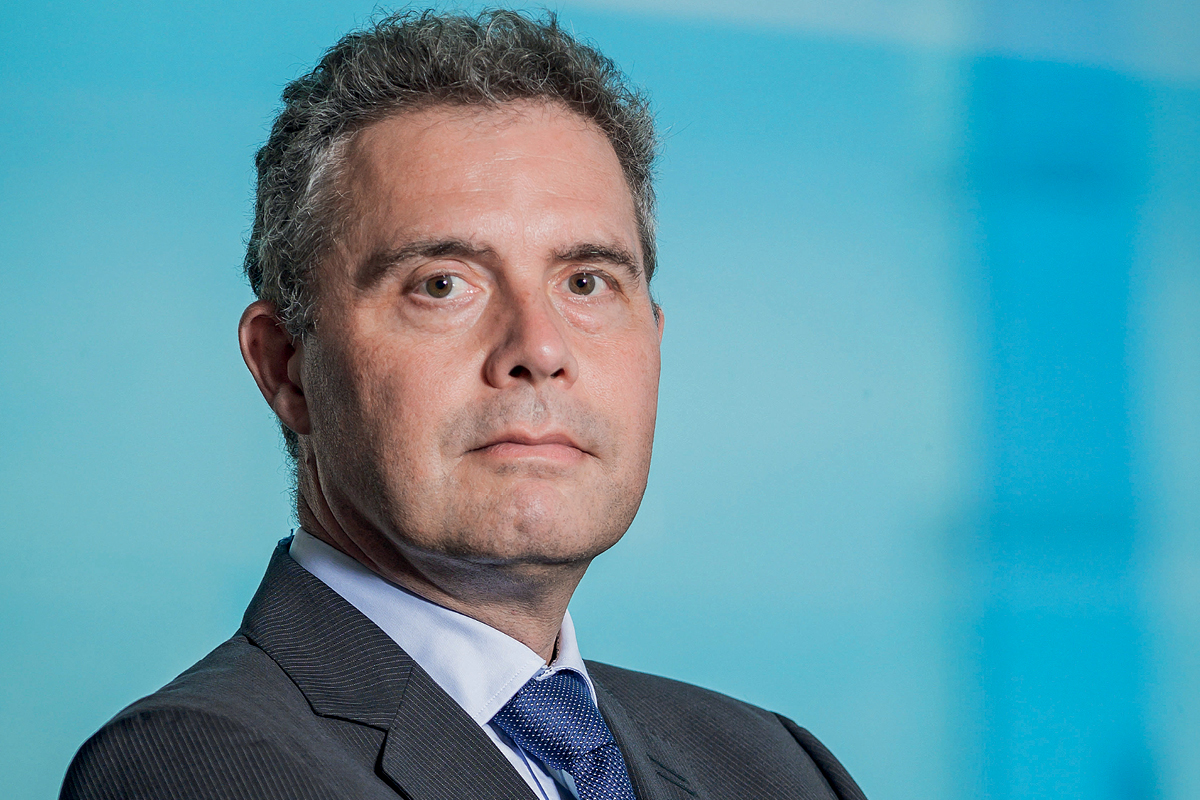 Friction is the enemy of all movement, they say, but it comes into play whenever two surfaces meet. Friction and its obverse – movement – is a specialised area of engineering that has delivered a varied and culturally rich career for Dr Jonathan Paddison, Member of the Board of Knorr-Bremse Asia Pacific.

Engineering studies led Jonathan to a PhD in control systems and, in particular, magnetic levitation, sparking a search for avenues in which to use his specialised expertise and leading him around the world to the highest echelons of corporate life.

“Then I saw an opportunity to go to Japan with the European Union in a science- and technology-based program,” he says. “At the time, Japan was seen as the upcoming market to which Europe needed to get closer, but the European Commission soon realised that it didn’t have enough people knowledgeable about Japan. So, I went to Japan and worked closely with industry on maglev technology.

“Maglev was always considered an engineer’s dream – to have transportation without using wheels and without friction – and it’s been pursued for the past 40 years, but it has the big disadvantage that the system does not integrate with other transport systems very well,” Jonathan explains.

“In Shanghai, you can take the maglev train part of the way downtown, then you need to take a taxi or other transport, and that defeats the whole objective. It’s a wonderful experience, but it doesn’t link to the other transport systems, which are rail or road based. And so, it has never really taken off as a technology. There are still some developments ongoing, but I’m not sure it’s going to become mainstream technology around the world.”

Jonathan is currently in Hong Kong with Knorr-Bremse, the Munich-based company that specialises in equipping mass transit systems with high-technology componentry such as braking systems, intelligent entrance and HVAC systems, auxiliary power supply systems and control componentry, among many others.

High-speed rail is a market of particular interest for Knorr-Bremse, and a transport technology that has taken off in China. In fact, says Jonathan, China now leads the world in its implementation. “The plans of the high-speed rail network in China are such that they clearly had a vision,” he suggests.

“They wanted to avoid everybody flying, which would have caused environmental disaster, so they’ve created a very comprehensive high-speed network. It’s bigger than the rest of the world’s high-speed networks put together, including the French TGV, the Japanese Shinkansen and the ICE trains in Germany. All of that added together is still smaller than the Chinese network, which has taken less than 15 years to develop,” he says. 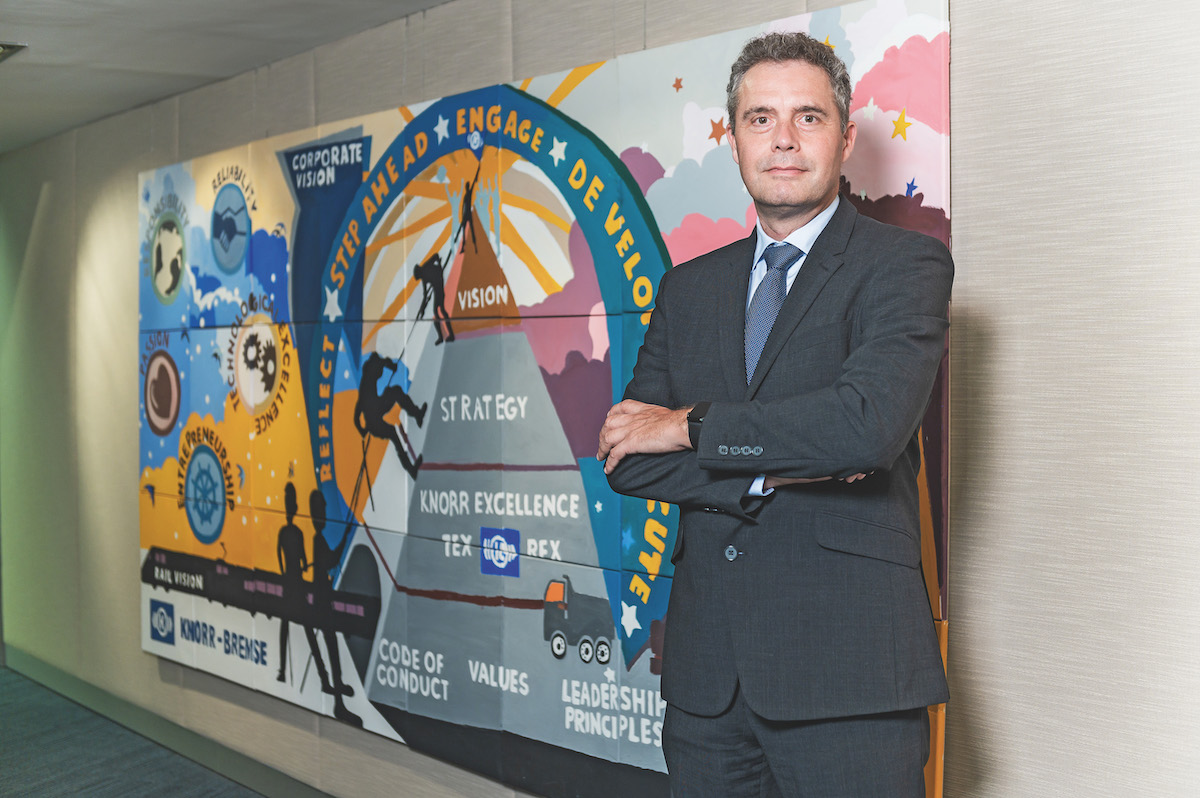 Knorr-Bremse recently won contracts for 26 projects in metro rail lines in China, and projects in Taiwan for Korean and Japanese car builders, showing solid growth in a competitive market. “We’re delivering a number of our subsystems – doors, HVAC and brakes,” says Jonathan.

“This has been very much a collaborative effort, providing components manufactured in our factories within China. We’ve worked strongly as a team to maximise our efficiencies and work across the various countries to score this success in Taiwan, which I’m particularly proud of because it’s been something that has been driven by the region itself.”

With years of experience in Japan and more than a year in China with Knorr-Bremse, Jonathan has developed an understanding of business practices in Asia, and how Knorr-Bremse’s Asian and European subsidiaries can cooperate to maximum effect. It’s not as simple as it seems though, he concedes, with some cultural hurdles to clear.

“I’ve spent a long time in the company and I know our Munich headquarters well. I hope I can leverage a number of ongoing product developments, particularly in Europe, and then adapt them to the Asian, particularly the Chinese, market and form a bridge between the continents. I think my network will play a part in that.

“I come from the development side, and it’s about being able to translate the technology from a European to Asian dimension because their requirements are slightly different. The acceptance of failure, particularly in Japan and China, is much lower than in Europe. So quality is an absolute must in Asia, in my view,” he says.

In 1920, the Bayerische Motoren-Werke AG (BMW) factory in Munich became a subsidiary of Knorr-Bremse, providing brake systems as Süddeutsche Bremsen-AG for the Bavarian Group Administration (Royal Bavarian State Railways). With no interest from Knorr-Bremse in producing engines for aircraft and automobiles, the engine division and the company name BMW were sold to financier Camillo Castiglioni in 1922.

“We’ve worked on taking the best practices from both European and Asian sites, and making sure we’ve got the proper alignment between them, that people are talking the same language in engineering, sales, purchasing or industrial engineering. There are a lot of good initiatives going on individually in various sites around the world, so I set up a program here in China to harness those best practices.”

The nature of Knorr-Bremse’s technology and product range necessitates extensive after-sales collaboration and maintenance. Rail systems are built to last a very long time, and every facet of the system must go the distance to avoid catastrophic breakdowns and jams.

“Around 33 cities in China use our subsystems, principally brakes, air conditioning and electric doors. All of them are manufactured almost completely in China. We have the full infrastructure, we’ve localised the product, and we’ve localised the love of know-how in China so that the product can be adapted to local market requirements and supported in the long term,” Jonathan explains.

“In Europe, there is a trend for long-term maintenance contracts being made after the initial sale. The train is sold with a brake system, and after the warranty is finished there is a period when there could be maintenance for up to 30 years. Knorr-Bremse has worked with the car builder and the operator to provide a service contract to do the maintenance of Knorr-Bremse equipment. That is now starting in Asia as well.” 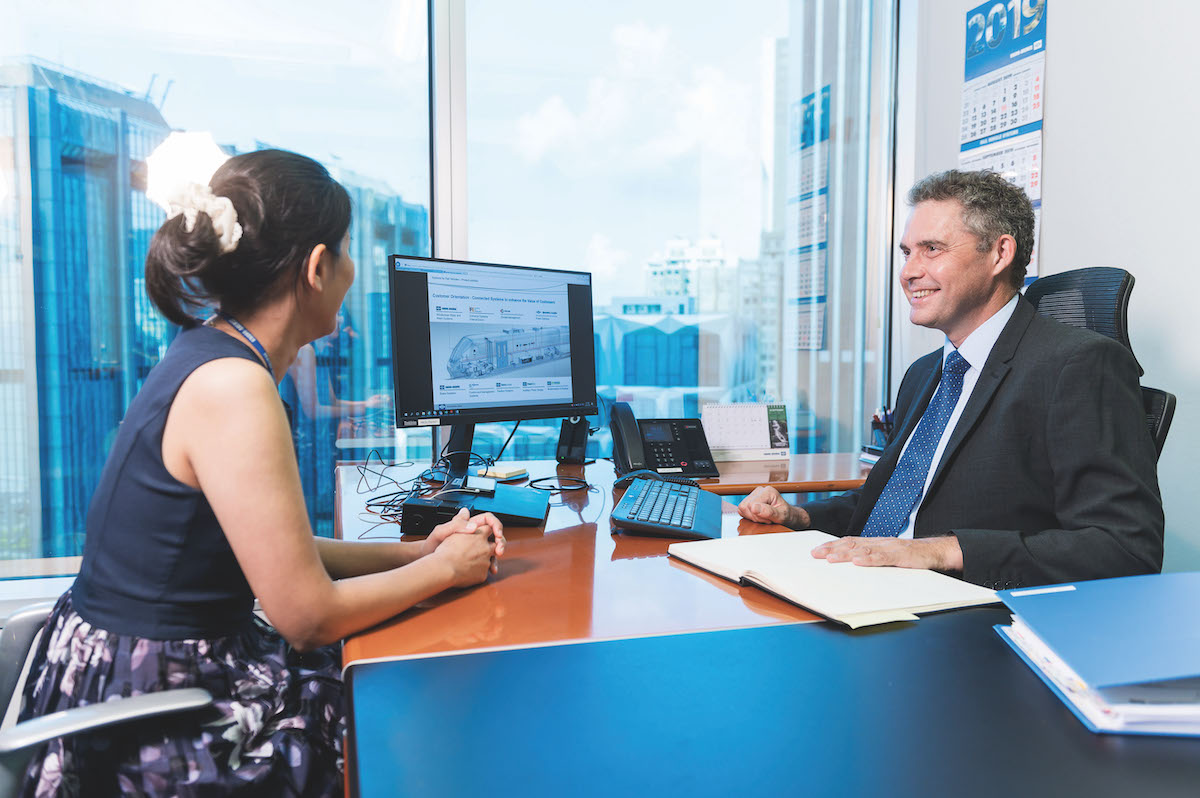 Putting that long-term, customer-focused facet of the business in place has been a priority for Jonathan. “We have a very strong team at our sites around China who have enabled us to sell those products into the metros. And, to be honest, I think that we are considered best-in-class in those subsystems. We’re able to provide very good service and the local municipalities want to work with us because they don’t want second best.

“We’ve got a tremendous installed base in the region, and we need to show how we can support our customers in the long-term. With long-term maintenance contracts, we want to provide a cradle-to-grave service for a train, which might go over 30 years, where we look after our products on those trains to make sure they don’t have any failures, or any disruption. If we can offer that all-round care package, we’ve gained a lot of trust from our customers.

“That’s something that I’ve tried to foster – that we try to bring maximum value to the customer. That includes looking at solutions made in our various factories, tailoring them to the needs of our customers and using our intercultural competence to balance between these different cultures – between Japanese requirements, Korea’s requirements and our manufacturing to a very high standard, mainly in China.”

The marriage of componentry manufacturing, sales and post-sales customer service in a multicultural environment has the potential for fractious engagement, but Jonathan is acutely aware of it and understands the essential remedy ingredient. “I think communication is the hot topic,” he insists.

“I think communication is the hot topic.”

“Without consistent and reliable communication with various stakeholders, we wouldn’t be able to work as fast and adapt to changes. A lot of my time is spent explaining the situation to colleagues around the world; what we need and when we need it, and the intricacies of the different markets. It’s about not promising too much to a customer, but to keep the promises that you do make. And that communication, I feel, is probably one of the biggest issues, and it’s an ongoing challenge, to be consistent and not confuse the organisation.

“I’m a great believer in having communication, with face-to-face meetings when required, to develop the personal network. It’s then much easier to follow up with a net meeting or a video conference. And I think we need all levels of communication to be working in a consistent manner. Regular calls to keep people informed are so important. You can’t neglect them.”

That all revolves around having the right team in place and encouraging them to grow with experience. “I get the most satisfaction in seeing how people are developing in their role, and then encouraging them to move on inside the company or into a position within the industry. I get a lot of pleasure in developing my team,” Jonathan says.

“I get the most satisfaction in seeing how people are developing in their role.”

“When I was in Munich, because of my links in Asia, I encouraged people to look for roles and placed them in positions in Asia, and vice versa. I think it’s a real enrichment. It’s important to have that exchange between regions, an easy understanding, and nothing can help more than having somebody from Japan working in your team in Munich to understand the challenges involved and the different cultural view of things. I strongly believe that.”

Jonathan’s sense of teamwork spills into his private life. He and his family enjoy dragon boat racing and outrigger canoeing, and he sees in it the same fundamentals that engender business cooperation.

“My wife and I have taken up ocean paddling with an outrigger, and we’re often out around the islands of Hong Kong and working out with a team. It’s a great team-building exercise, because it is not about how strong you are individually – it’s how you work in time with your teammates that really makes the success of a race or a paddle.” 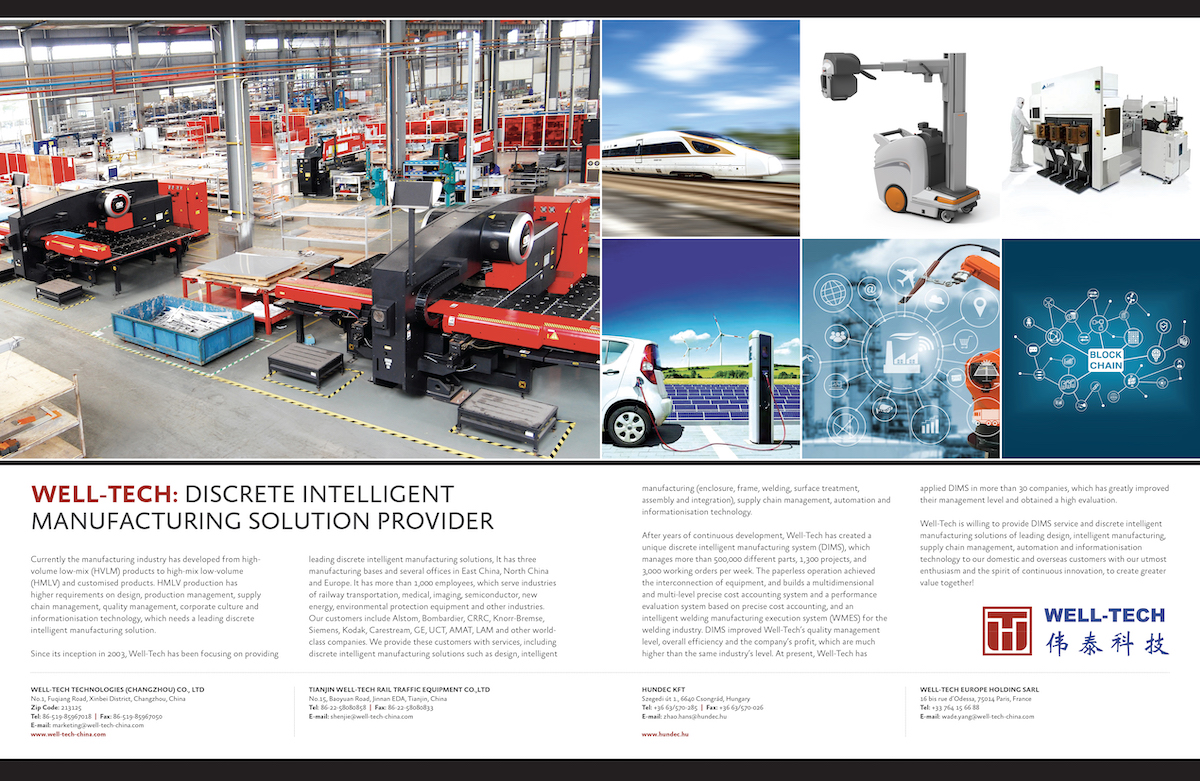 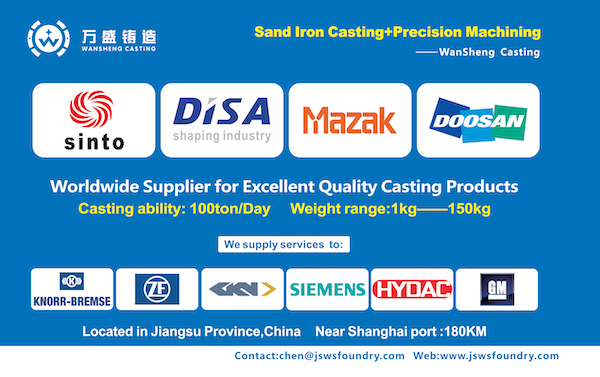 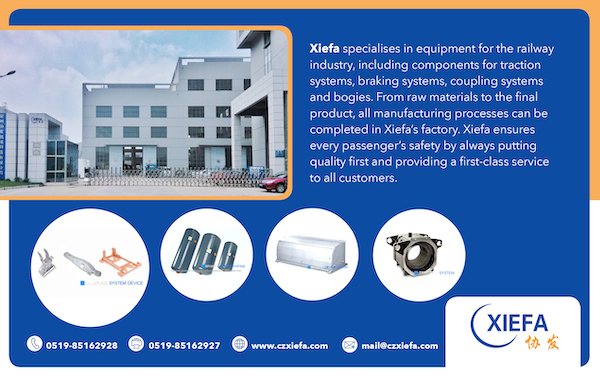