When the COO of a major Canadian mining company was quizzed about the role of innovation in his industry, his answer could not have been more damning. “We’re embarrassingly slow at adopting new technologies,” he told Mining Journal. “It’s a risk-averse industry that still has people that came in during the 1980s and 1990s leading companies today that stick to what they have always known.”

The sentiment was echoed in a report by PwC: “Many mining companies have a deeply ingrained, conventional view of their sector,” it stated, warning that they also lack entrepreneurial talent and are overall ill equipped to face the disruptive influences that the future inevitably holds. For Ed Santamaria, the President and CEO of Finnish mining technology company Normet Group, these findings come as no great surprise. “It’s true that the industry hasn’t been particularly fast in terms of modernisation,” he admits to The CEO Magazine. “The consequence has been a very poor rate of improved productivity compared with other industry sectors.”

Meanwhile the long-term viability of mineral extraction faces other threats including the soaring cost of exploration, declining ore quality and tougher environmental legislation. So remaining mired in the past is a big problem. But the situation is finally starting to change, and much of that momentum is coming from one particular region. “Our customers now have a much stronger appetite to look at new technologies.”

“When it comes to the transition from traditional, manual techniques to mechanised processes, Nordic companies have been at the forefront of innovation for decades.” Ed, who has been at the company’s helm for nearly two years, explains, “Normet has been a big part of that and has already undertaken an enormous amount of research. Our ambition is to do much more as the landscape is changing.

Our customers now have a much stronger appetite to look at new technologies.” Normet started its life 59 years ago when two farming brothers set up a machine shop in an old barn in the small village of Peltosalmi near Iisalmi in Northern Savonia.

Now the company employs more than 1,400 people spread across 33 countries, manufacturing a broad range of high-quality tunnelling, civil construction and mining products. “Electrification and the removal of underground diesel engines is a great example of where we’re prioritising new, improved ways of working,” Ed says.

“By combining BEV with connectivity, automation and analytics, machines work for longer and do a better job so productivity and safety both improve,” Ed explains. “The science behind it is developing so fast. Where we are today compared with three years ago is incredible.”

Normet aims to be the first to market with automated concrete spraying, which will enhance productivity, reduce waste, be safer and save time and money. “New technologies like these won’t necessarily displace people, rather they will drive us to train and develop new skills and competencies,” Ed says.

The company does R&D in multiple locations globally and is actively working with its customers to improve and develop processes in underground construction. Service operations progress was interrupted when many of Normet’s mine site employees were confined to site last year. “We had people who couldn’t get out so they were there for months on end, separated from their families.

But they didn’t complain; they just got on with work. I was so inspired by the sacrifices they made,” Ed shares. “That speaks volumes about the culture here – people are engaged. They feel like they are part of something and that they belong. That really is one of the most satisfying acknowledgements you can get as a CEO.” 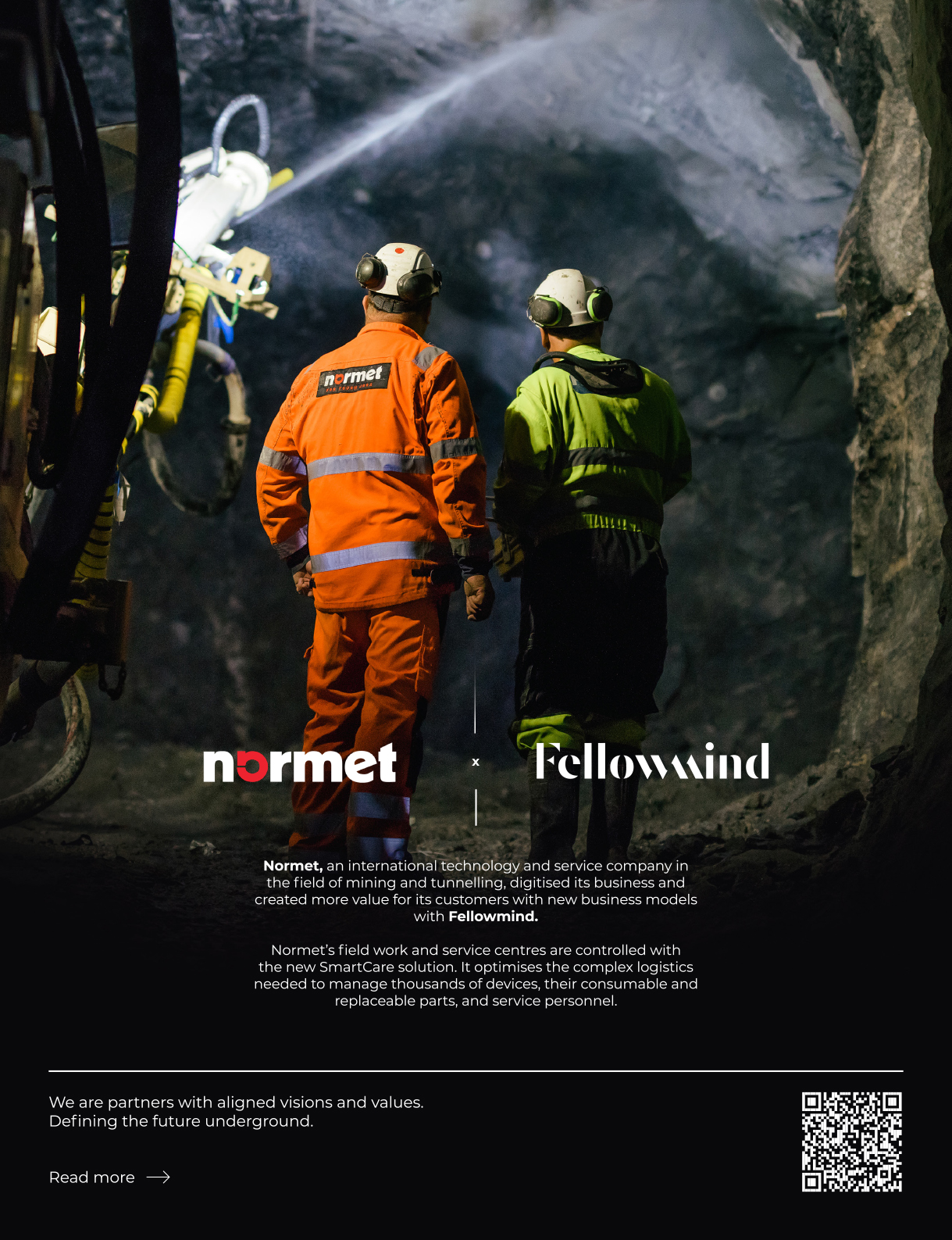