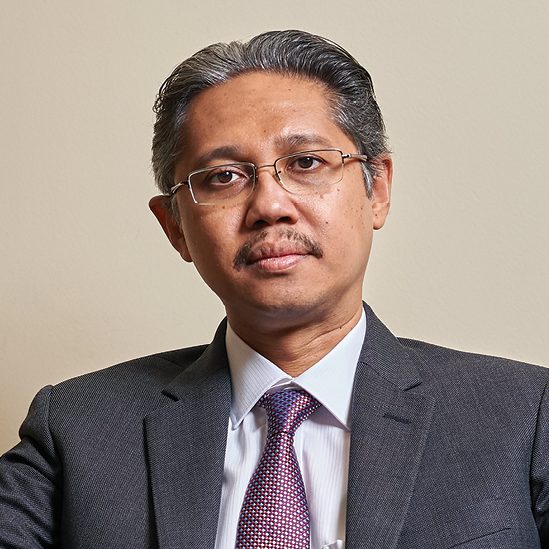 Despite what Firdaus Abdullah says, he’s not a boring man. But for the CEO of SilTerra, Malaysia’s leading semiconductor manufacturer, the fact that he’s too exhausted by the end of Friday to accomplish anything on the weekend other than catch up with family and friends, makes him dull. Comparatively, it seems.

“I have colleagues – engineers – who live very exciting personal lives,” he says. “They go hiking, adventuring, and participate in Ironman competitions and whatnot. But for me, after five days of work, I’m dead exhausted. Sometimes I feel like I’ve been hit by a truck. Really, I’m actually a very boring person.” 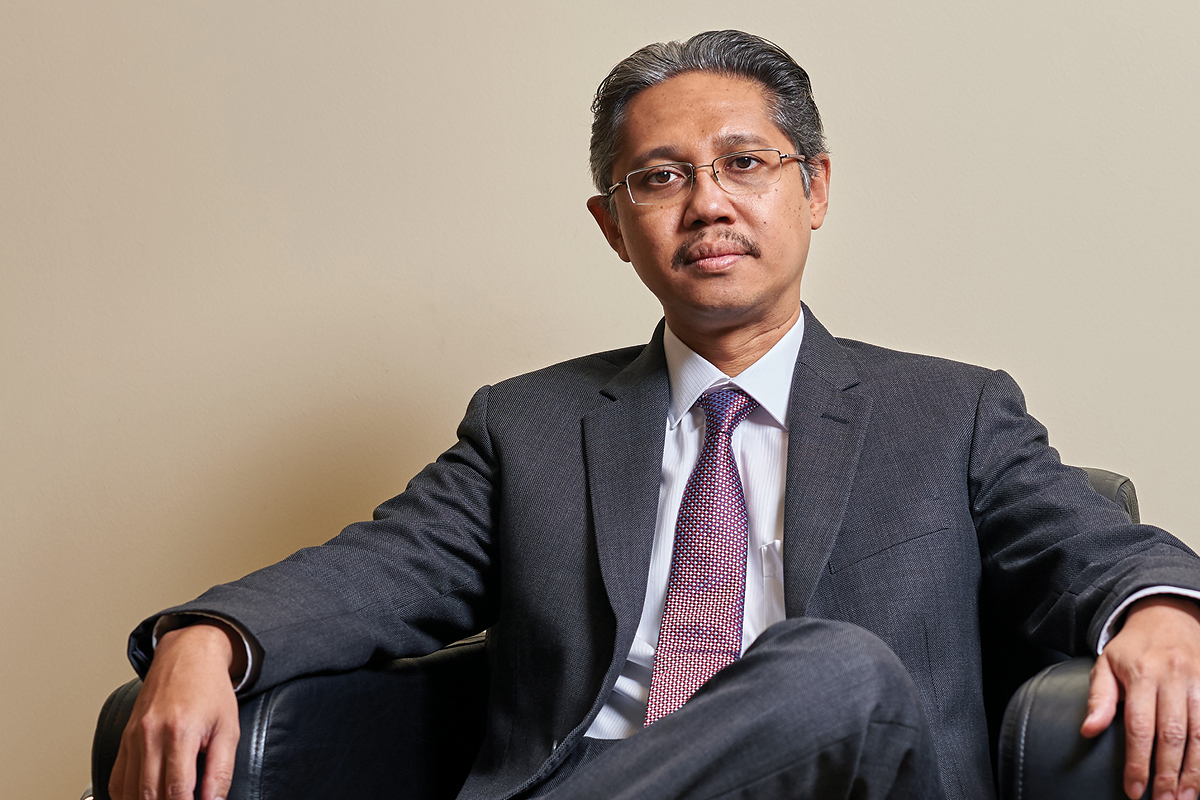 Firdaus certainly doesn’t come across as dull. After some gentle prodding, he concedes that while he’s not a funny guy, he does crack jokes from time to time, and for a man who considers himself somewhat predictable, his CV screams otherwise. A quick glance reveals he’s led and executed investment transactions in technology companies around the world and has been instrumental in company growth from formation to exit. Among other impressive roles, he has been a Chevening Technology Enterprise Fellow at Edinburgh University, a venture capitalist at MSC Venture and IDG Ventures Europe and, prior to SilTerra, he was a partner at 1st Corporate Technologies in London, handling technology mergers and acquisitions in Europe and the US.

Between flitting around the world and taking enormous risks with other people’s money, he scored an MBA from Oxford and a master’s and bachelor’s in electrical engineering from Stanford University in California. Speaking of which, what about his time working at Intel in Silicon Valley?

“I can tell you, the engineers there are not boring,” he laughs. “They’re not quiet, not reserved at all like the stereotype. In Silicon Valley, they’re very opinionated and it’s normal for engineers to pound on tables when they are debating a point. Then when they’d win their argument, they’d be jumping on tables. It’s amazing.” Firdaus is pragmatic about his career path from design engineer in California to CEO of a Malaysian semiconductor wafer foundry, or fab to those in-the-know. His razor-sharp mind for finance, honed during his years working as a high-flying venture capitalist led him to management roles, although he admits he’s still more comfortable being around engineers – jumping on tables or not.

“In social circles, I naturally gravitate to engineers, or at least to those who have engineering backgrounds,” he reflects. “It’s funny that even though they may have changed careers and become businessmen, lawyers or accountants, if they have an engineering background, I find it easier to talk to them.” 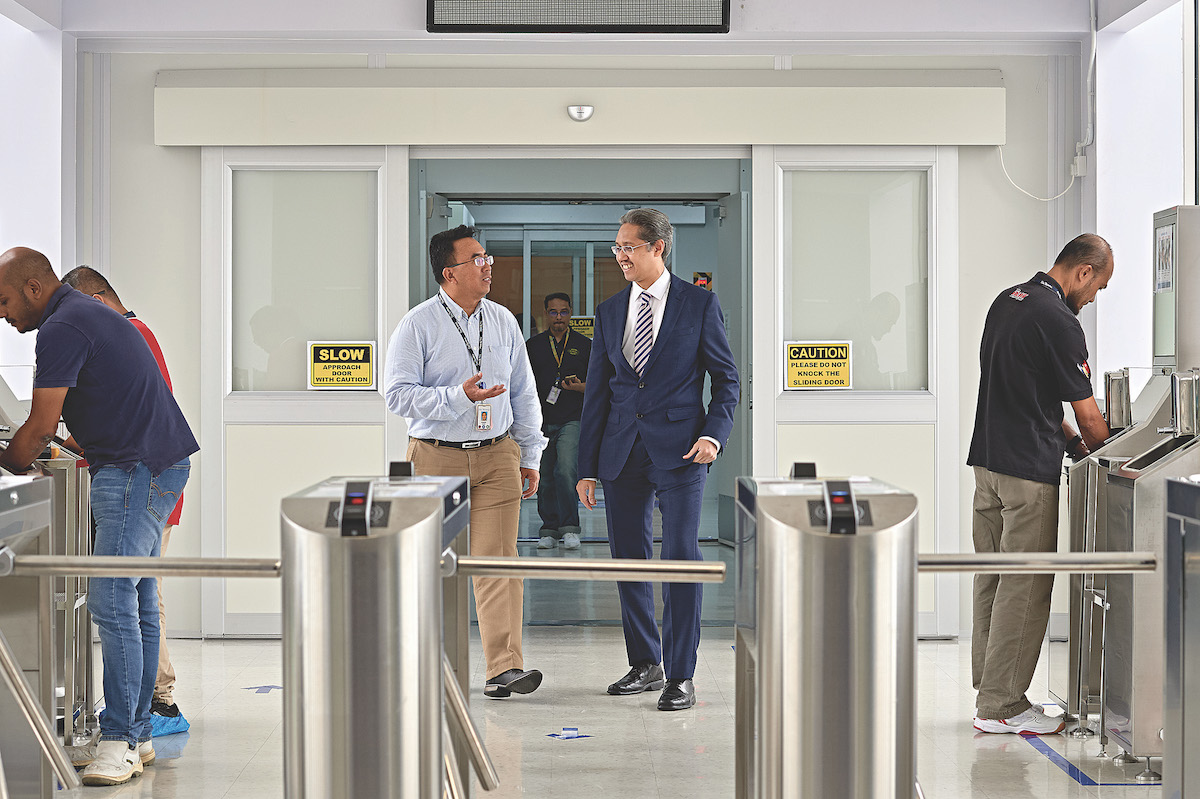 SilTerra was founded in 1995 as a catalyst to promote high-technology investments in Malaysia with its principal investor Khazanah Nasional Berhard, the investment holding arm of the Malaysian government. Firdaus was appointed as CEO three years ago, having joined the company in 2007.

“I was in London and received a phone call from the CEO of SilTerra, a very astute businessman I knew from when we both worked in venture capital. At the time, SilTerra had developed a very high profile as one of the largest technology investments made by the Malaysian Government and his idea was to do a horizontal expansion of the company, to increase capacity from a single site in Malaysia to multiple sites around the world. I liked that buy-and-build story, so I went back to Malaysia.”

Today, SilTerra employs around 1,300 people, the majority at the company’s headquarters at Kulim Hi-Tech Park – a high-technology science park in the northern part of Peninsula Malaysia – and the rest at a corporate office in Kuala Lumpur, and sales offices in California and Taiwan.

Firdaus is surrounded by a management team of seven, a group established long before his arrival, with whom he shares a close relationship, despite being the youngest and newest kid on the block. “All of them are older than me, but I learn from their experience. I’ve hired younger chaps, new blood, at the lower levels, to bring them through. I’m not looking the youngest anymore, though,” he laughs. “I have a lot more grey hairs, which is kind of sad. My hair wasn’t this white three years ago. I’ve aged rapidly since becoming CEO.”

SilTerra covers the consumer electronics, communications, computing and mobile device market segments in Europe, Latin America, Taiwan, Korea and China, with top-tier fabless design and product companies among its customers. With innovation vital in such a competitive market, the company spends up to US$30 million a year on developing groundbreaking technologies, and has expanded its portfolio to encompass biomedical devices, the Internet of Things, silicon photonics and the automotive market.

“Over the past year, we’ve attracted a lot of new business, especially in the power and silicon photonics space. Those are areas we’re focused on and we have a tremendous number of new customers in them. What I need to do now is ensure that we can ramp up the business from them,” he adds. 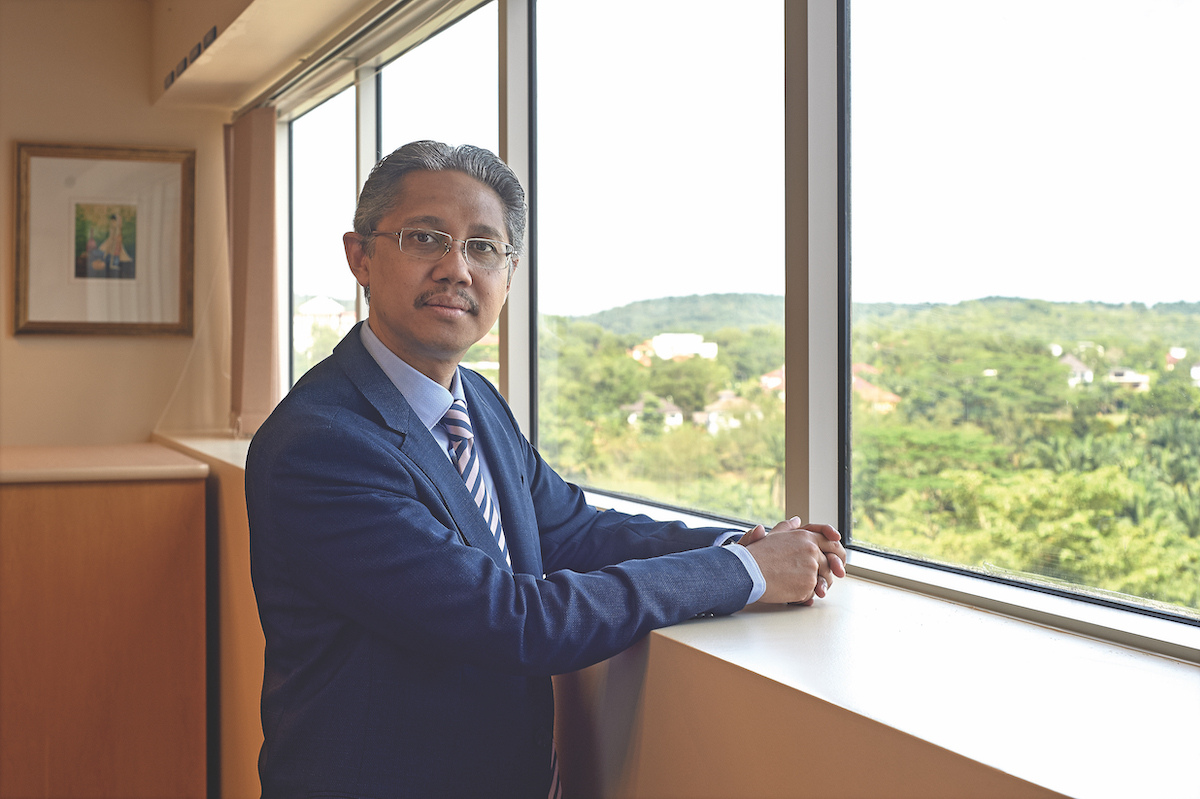 In September last year, it was announced that SilTerra had developed cutting-edge health technology in a bid to enter the life sciences market. The transition to combine nanotechnology and bioscience began a few years ago, and the move is supported by SilTerra’s partner Imec, the international research and innovation hub in nanoelectronics and digital technologies. It’s a complex initiative, requiring expertise from technologists not used to working together. To kickstart the rare collaboration, SilTerra organised a Semiconductors in Life Sciences Symposium last September – a very successful event where microbiologists, healthcare providers, device manufacturers and test equipment vendors met to network and share knowledge.

One of the many projects being actively pursued by SilTerra is the development of biosensors that can be incorporated into IoT and point-of-care devices, some of which may be considerably smaller than the traditional lab equipment currently used. POC devices will allow direct access to detect and diagnose microorganisms, pathogens, viruses, bacteria and eventually diseases such as dengue, malaria and cancer, without having to wait for lengthy lab results.

SilTerra is committed to supporting students in the field of science and technology, collaborating closely with local universities and technical institutes in areas such as R&D and curriculum development, and offering scholarship awards. SilTerra also offers a silicon shuttle service offering resources to lower costs in design and research, which provides a vital platform for emerging chip designers
and researchers to validate their designs.

Firdaus doesn’t gloss over the fact that he has a tough job, nor does he pretend his role as CEO has become easier with time. It hasn’t. He admits his skills as a leader are constantly tested by a plethora of issues. “It’s a tough business and a daily constant,” he reflects. “There’s always an issue, whether it be customers, operational, the environment, deadlines, energy costs, employees, innovation. I know that a lot of things can go wrong on any given day, but I just take it in my stride because I know that even when things go wrong, there’s always a silver lining somewhere. And you can almost always make it better and redress whatever went wrong.” 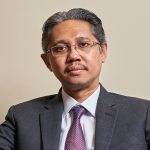