Francis Leung likes to laugh. A lot. His infectious hilarity bursts out frequently, perfectly in tune with his endless zeal for life, and gives a refreshing insight into a civil engineer turned Senior Vice President of a global company.

In fact, Francis, the Senior Vice President of dormakaba China North Asia, is so enthusiastic in his explanation of how his global products impact us that you can’t help but feel inspired by a simple sliding door or basic lock. 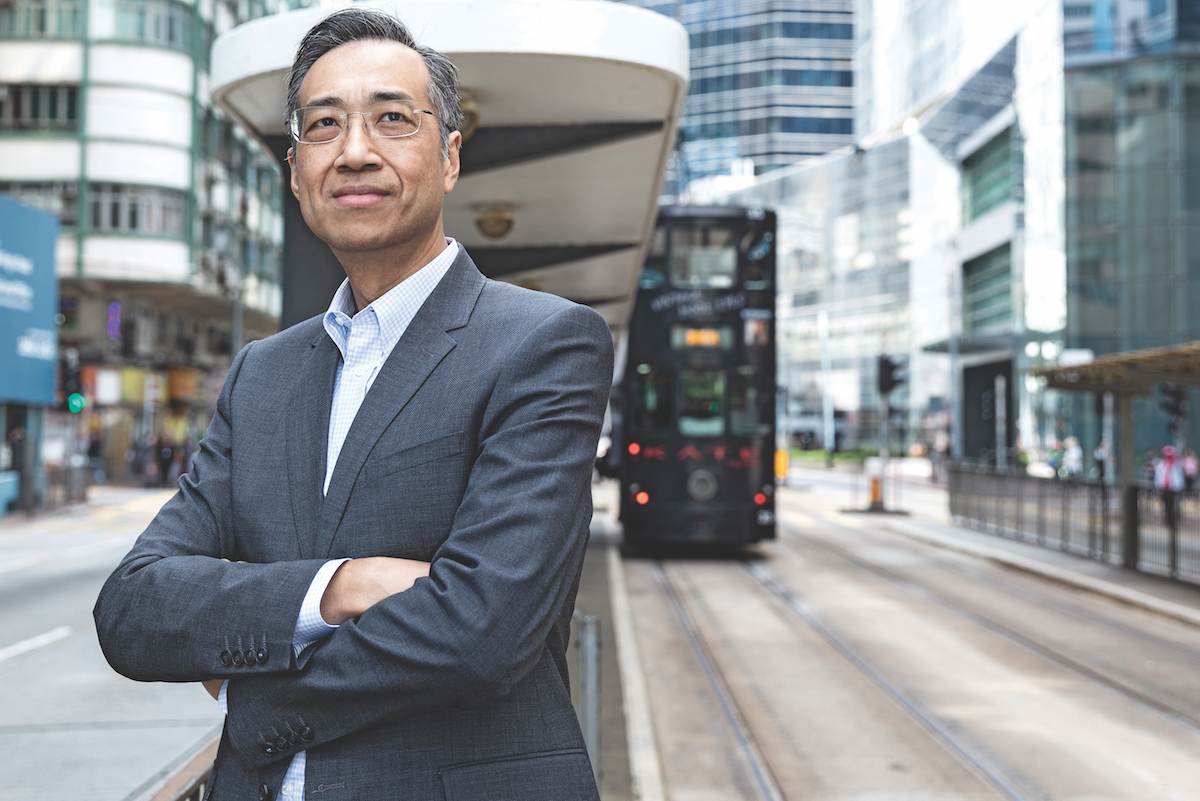 Take, for example, the humble ATM. Until it spits out money (or doesn’t), it’s something to which we don’t give much thought. But Francis does. “Inside, there is a safe where the money is stored,” he says. “We provide the lock for that safe. Did you know that?”

The wow factor hits home when he delves into the nitty-gritty of dormakaba’s technology. There’s no stopping Francis as he continues to divulge how the company simplifies our lives without any of us realising it.

“When you walk towards a door at a shopping mall and it opens itself? That’s us! That’s dormakaba,” he says. “Or when a door closes quietly by itself, a soft close, there we are again! And when you want to book a huge ballroom in a hotel, but need only a third of it, our movable partitions section it off.

We also provide the door locks in the hotel, whether they are card locks or accessible by bluetooth. These are dormakaba products that nobody thinks about but most of us use every day.”

Francis laughs delightedly as he reveals surprise after surprise. Communicating is clearly his skill,
a talent he knows how to work as he effuses energy and enthusiasm for the company he has spent 26 years building in China.

Dormakaba is the result of a merger between Dorma, a German company founded in 1908 to manufacture door technology systems, and Kaba, launched in Zurich as a locksmith shop and cash register factory in 1862. Today, it’s a global leader in access control and security solutions for a huge range of developments, including hotels, airports, homes and healthcare, shopping, entertainment and sports centres.

With more than 16,000 employees, dormakaba runs operations in more than 50 countries, and is represented globally in more than 130 countries. Francis recalls jumping at an opportunity to bend the ear of Dorma’s CEO 20 years ago, which resulted in the launch of the company’s first manufacturing plant in China.

“I was Dorma’s regional sales manager for China, with just a representative office and travelling with my CEO,” he explains. “During that week, I convinced him to have a manufacturing footprint in China,
a huge step.”

A sliding door moment, perhaps? “Yes, definitely, a very big career highlight for me and one which certainly taught me to grab opportunity where and when you can,” Francis says.

Dorma launched in China with a factory in Suzhou, making door closers, floor springs, automatic door operators, revolving doors and glass fittings. Meanwhile, Kaba acquired a factory in Shenzhen in 2013 to produce digital door locks for residential use. A third factory is in Yantai.

Francis, based in Hong Kong, covers a region incorporating mainland China, Hong Kong, Macao, Taiwan, Japan and Korea, and employing around 400, with 75 per cent working in 20 offices throughout China. The company’s focus centres strongly on China as it contributes by far the biggest share of turnover of business for the China North Asia markets.

Francis was at the forefront during the merger in 2015 – a “well-handled union”, he says. “There were 7,500 from Dorma and another 9,000 from Kaba, two teams coming from different business cultures. Should we go the easy route and keep them separated, the former Dorma team do its business and the former Kaba team do its own, or do we band the teams together and create one solution?”

The company opted for the one platform – the dormakaba name for everything. “We now offer a one-stop shop, taking care of the whole cycle of the building, from design to delivery, with the advantage to retrofit years later when needed,” Francis says. “This is what gives us a competitive edge.”

Inevitably, ongoing digitalisation is very much the future for dormakaba, and Francis is convinced China
is the perfect environment to lead the development in technology. It soon becomes apparent that his unabashed enthusiasm for his company is matched only by his passion for his region.

“With its connectivity and digital strategy, China is developing very fast, way ahead of the Western world,” says Francis. “As a company, we have to be very proactive reacting to constant changes to the market, government policy, the economy and competition.”

“With its connectivity and digital strategy, China is developing very fast, way ahead of the Western world,”

Although Francis admits his formative analytical mind was probably fostered by his studies in engineering, he’s quick to point out that he never worked as a civil engineer – “not even for one day”, he says. 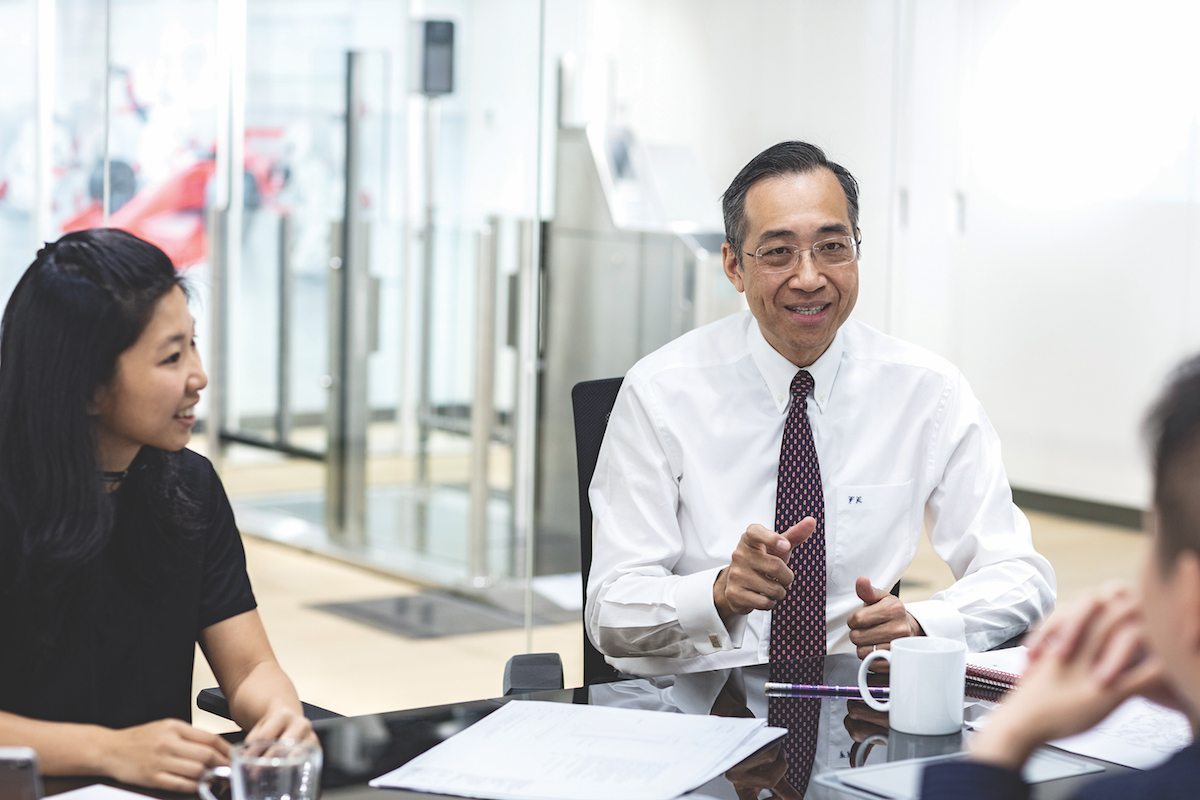 His focus was fixed more on business and management, so he pursued another degree in Business Administration at The Open University of Hong Kong to enable him to communicate effectively in the business world. “It helped me talk the language and be understood,” he laughs. “I completed it part-time in six years while working. A difficult and challenging time, but a great foundation for my career.”

Since then, Francis has completed other courses to fine-tune his management skills, including a management of managers program – Management for Corporate Leaders – and has become a certified strengths coach.

“Learning how to manage managers was vital for me, because when I was head of a team, I was very hands-on, looking into every corner,” he explains. “But when I was promoted and in charge of multiple teams and their own managers, I had to change gears and learn how to delegate, to give myself time for the strategic thinking needed to propel the business forward.

Becoming a strengths coach helped me recognise my own strengths while giving me the tools to assist my teams with their strengths and how to use them more efficiently in their daily work. We never spend time talking about weaknesses; it is always about our strengths and what they can offer.”

“We never spend time talking about weaknesses; it is always about our strengths and what they can offer.”

Francis discovered that his top five character strengths are communicating, being an achiever, being an activator, having focus and being analytical. Positivity should likely also be on the list, as this is a leader who sees potential everywhere he turns – even in farming.

Farming! In Hong Kong? The disbelief triggers another explosion of glee. “Yes, well, it’s a very small plot. Very small. About four square metres,” Francis chuckles. “We rent it and we’re trying to grow things – lettuce, eggplant, potato, that kind of stuff. Not that easy in Hong Kong. But it’s good time shared with my wife, and we’re just experimenting. You’ve got to be positive.” 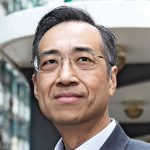