Innovation’s not a destination, it’s a journey: Frank Seeley 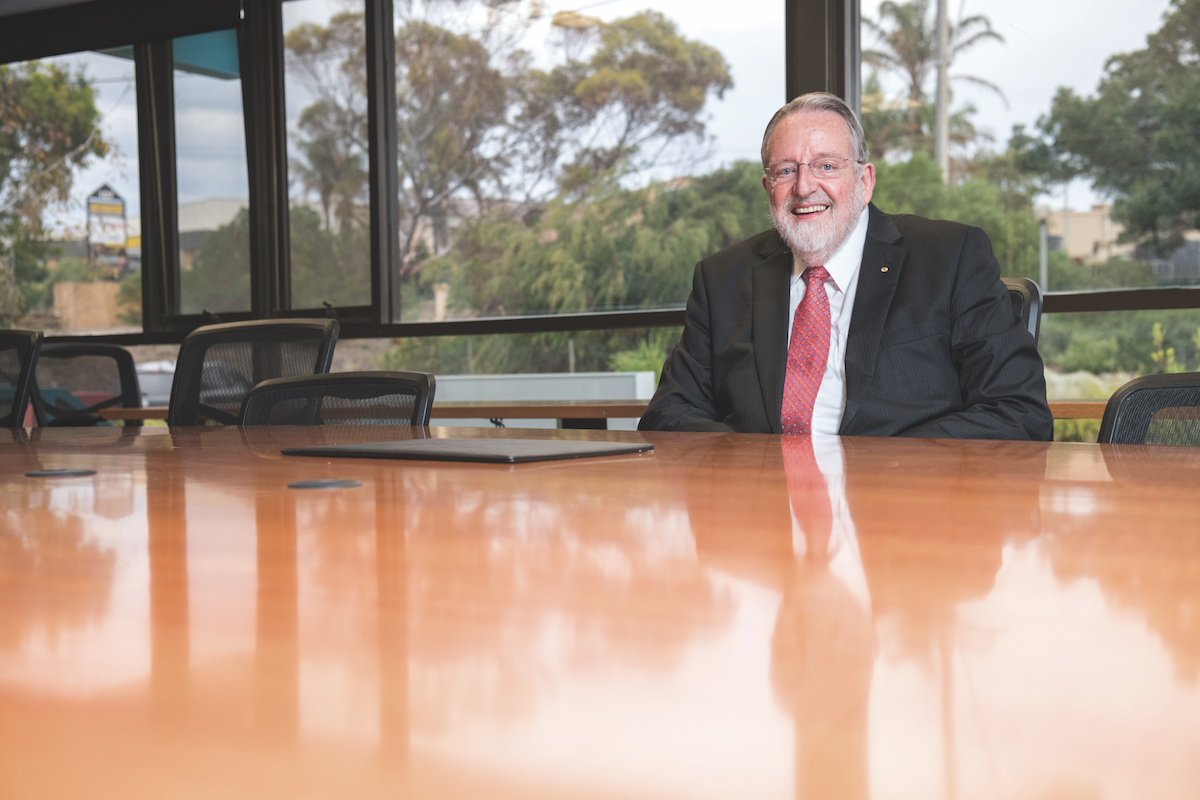 Despite the considerable success they enjoy, many great companies started small, working hard to achieve the kind of profits they might consider commonplace today. For Frank Seeley, Founder and Executive Chairman of air-conditioning manufacturer Seeley International, it was the quintessential started-from-the-bottom story.

In the late 1960s, Frank and his brother sold portable air conditioners but the untimely and tragic death of Frank’s brother left him looking after two families and in a difficult financial situation. The solution, he realised, was enterprise and entrepreneurship.

I didn’t think I was getting through to her. ‘Now honey, if all goes according to plan, that’ll be fine. But if it doesn’t, we could lose everything.’ She didn’t hesitate. She looked me in the eye and said, ‘I don’t care if I have to live in a tin shed, as long as I can live with you.’”

It sounds like a larger-than-life romantic tale but it was one of the formative moments behind the conception of Seeley International. To this day, Frank credits Kathy as a powerful source of encouragement in the company’s journey, having enabled him to take the kind of sensible risks vital to founding a business.

Indeed, Kathy still serves as a Seeley International Director and the couple’s mutual support has been crucial throughout the manufacturer’s history.

From a career that’s lasted nearly half a century, Frank has a wealth of stories like these. It’s to be expected, given the scale of the journey he’s been on.

Having started out selling portable air coolers, before building them himself in his garage – manufacturing 1,000 in that first year – Frank has built Seeley International into an Australia-wide presence with sales offices also in the US, the UK, Italy, France and South Africa, and exports going to more than 120 countries.

In all that time and throughout constant evolution, Frank hasn’t lost touch with the core of the business. In the early days of the company, Frank worked on the air conditioners himself and even after Seeley International’s first factory was opened, he kept an active interest in the development and manufacture of products.

For example, when a water distribution problem delayed a big order, he dropped by the factory to suggest some solutions.

Though the engineers at the time assured him he needn’t worry, the eventual solution ended up being one he’d suggested, and from then on Frank would be called down to the factory for advice on any problems. It’s thanks to a trait Frank only discovered he had after he went into manufacturing – innovation.

With the help of his education at Adelaide Technical High School (now Glenunga International High School), Frank’s grounding in metal and woodwork, and technical drawing laid solid foundations for his professional future. 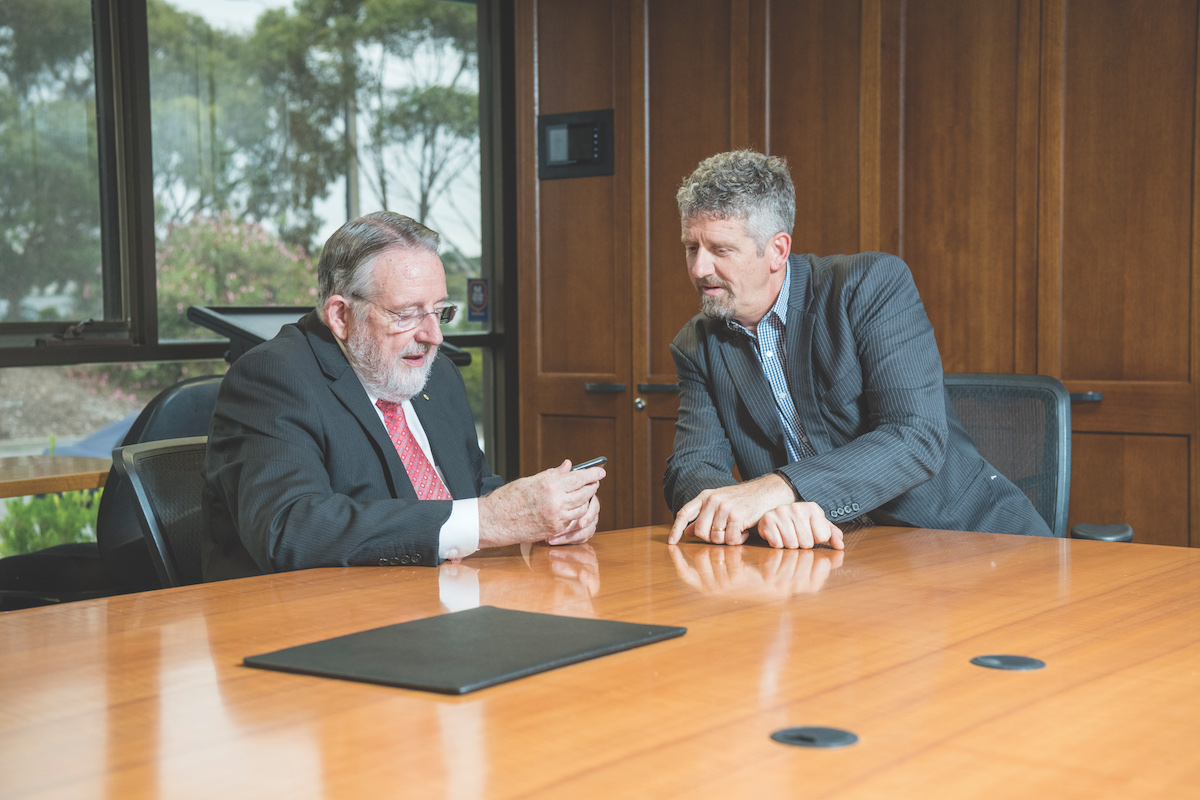 He introduced such innovations as all-plastic coolers, neatly avoiding the issue of corrosion. Not only was the model adopted as the industry standard but it also helped grow the local rooftop cooling market from 12,000 coolers a year to more than five times that.

I’ve been preaching that for about 15 years and I’ve had few people embrace it. But there are some who have and they’re thriving because of it.” This knack for innovation has, time and again, proven a guiding force behind Seeley International’s triumphs.

Still, in its early stages, the company sourced 75,000 motors a year from a big supplier – the only supplier, since it had a monopoly.

Unfortunately, this meant the motors came with a high price tag and when Frank requested the supplier reduce it, they refused, telling him they didn’t need to because of said monopoly and that he’d simply have to accept it.

But Frank saw an alternative. “I said, ‘Kevin [head of the supplier], there’s something else we can do. We could make our own motors.’ He looked around my office, which had been the front bedroom of a little prefabricated house. It was quite a small room. Kevin had two of his people with him and, with the four
of us, there wasn’t much room in that office. And he started to laugh.”

Nearly a year later, that same supplier called up Frank asking if there was any truth to the rumours about him manufacturing his own motors. When Frank confirmed it was true, the supplier protested.

“He said, ‘After all we’ve done for you, I thought you would’ve at least told us.’ I said, ‘I did tell you. You were in my office and I told you if you don’t do something about the price of electric motors, I’ll make my own.’

“Dead silence on the other end of the phone. Then he said, ‘Oh, we didn’t know you were serious.’ ‘Well, that’s your problem,’ I replied.

“It cost us a million dollars to get into making electric motors. But that year, we got an order from the Iraqi Trading Company for 100,000 portable coolers, which to this day remains the biggest order we’ve ever had for the product. By making our own motors instead of buying them we saved A$10 per motor. A hundred thousand coolers at A$10 a motor is A$1 million.” 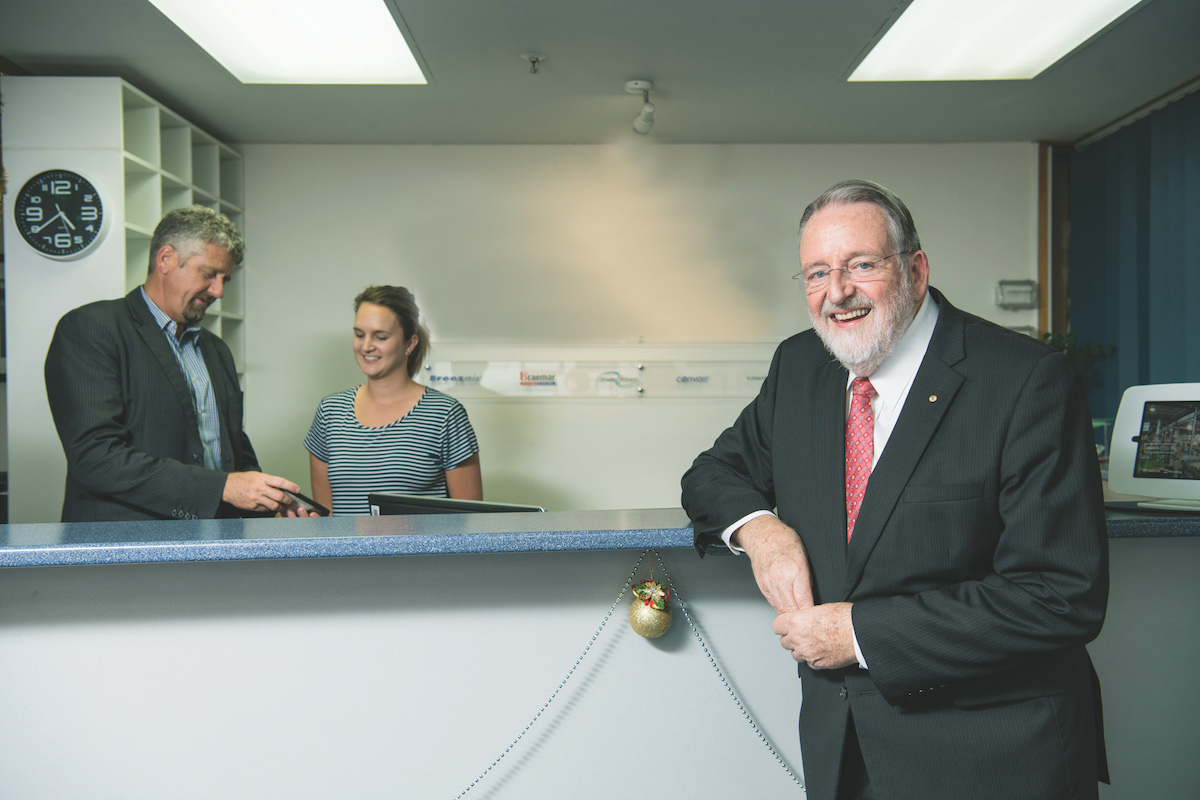 Frank’s willingness to make big investments, and win big as a result, has been a recurring theme throughout his career. When one of his long-term employees made an error that cost the company US$5 million at the time, Frank refused to accept their resignation.

His justification was that he’d invested just as much money in training the individual as they’d just lost, so Frank insisted the manager stay on and help them recover from the loss. Placing such value on his employees has created an open culture where ideas are shared from all levels.

“We’ve nourished innovation,” Frank explains. “Early on, I realised that a lot of the great ideas would come from people down the line. I don’t consider my ideas to have any kind of priority.

“Early on, I realised that a lot of the great ideas would come from people down the line.”

“An idea doesn’t have to be a Frank Seeley idea to be adopted. In fact, a lot of those ideas were thrown out as being impractical – but not stupid, because we don’t have stupid ideas. Every suggestion is good, because even if it won’t work, it will lead us to something that will.” 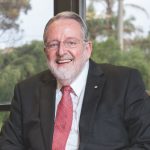