A tropical climate in the south, an alpine region in the north, and deserts in the west – India is a land of contrasts and surprises, often described as one of most diverse countries in the world, both climatically and culturally. No wonder it’s one of the great travel destinations of the world, remembered for its climate extremes.

For Krishan Sachdev, those contrasts provide a compelling business case for greater investment in locally designed and built climate control products, for which there will always be a ready market. As Managing Director of Carrier Midea India, he is acutely aware of the market potential of India as its economic wellbeing places it at the forefront of global growth.

Carrier Midea India, a joint venture between Carrier and Midea, was formed in 2012. Carrier is the world leader in high-technology heating, air-conditioning and refrigeration (HVACR) solutions with operations in more than 180 countries.

Midea is a multibillion-dollar home appliance and air-conditioning conglomerate with a presence in more than 190 countries. The company was formed with the aspiration to manufacture and sell primarily room air conditioners in India.

Krishan, with his experience of 22 years as a senior executive with Carrier, was chosen to lead the new company, and brought with him a genuine understanding of how the business could set itself apart from others.

“As this new company was formed, I moved in from Carrier to take over as its head to drive development activity. Our strategy was to have a separate focus for the residential service and another for the commercial products,” explains Krishan.

“Midea has always looked at India as a key market on a global scale,” he continues. “It’s a company that is globalising quite rapidly, and it found this entry strategy into India a quick way of getting in with a company of its own. We started with just sales operations in early 2012; then at the end of 2012 we opened our factory at Bawal. It’s a mid-sized factory, producing air conditioners with some of the highest localisation content in the industry.” 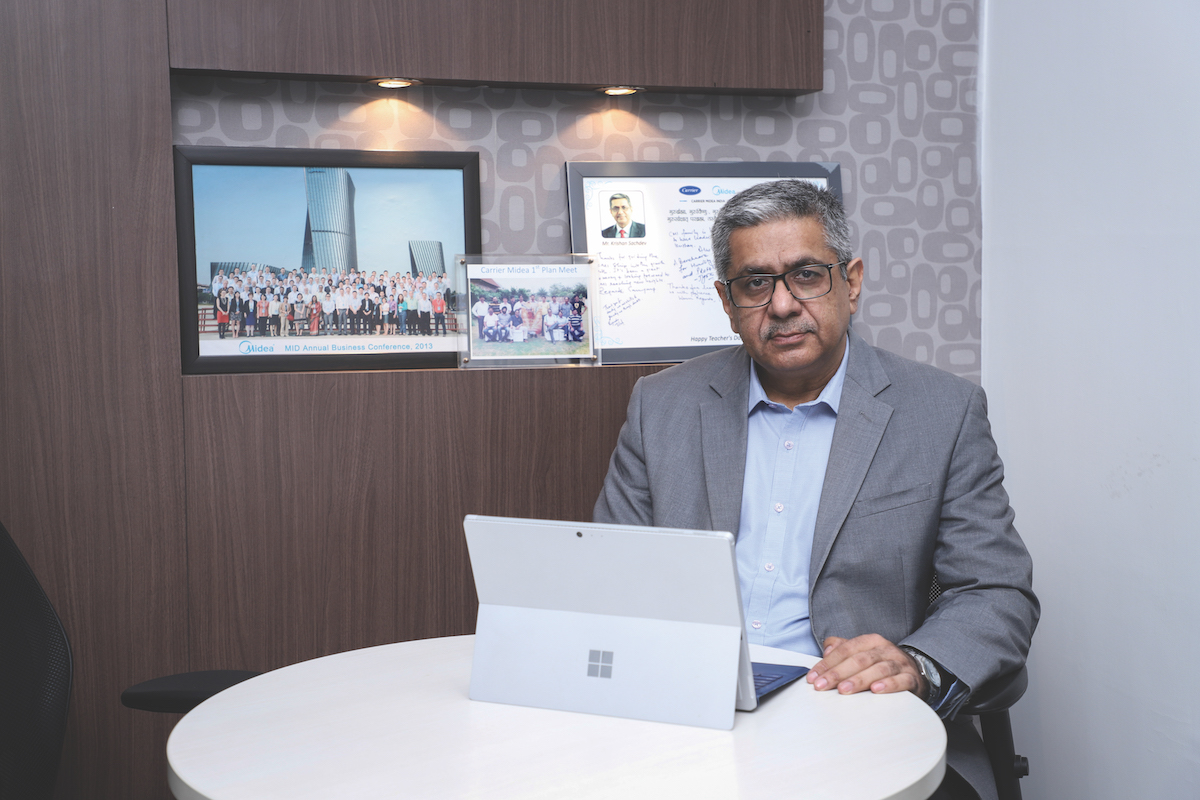 For such a young company, it has gained a significant share of the air-conditioning market in India and, according to Krishan, that is due in large part to the company’s approach to doing business, which he has instilled in its employees since the very beginning.

“Ethics form the single most important guideline in the way we do business, in the way we function in management, and in the way we function towards our partners – towards all our stakeholders, frankly. The second parameter is in what we offer to our customers. We believe that the most critical thing is the highest level of ethics in everything, including products and services,” he says.

“Ethics form the single most important guideline in the way we do business.”

There’s a good reason Carrier Midea has manufactured and sold local products from its inception in 2012. Krishan’s judgement was that simply selling imported products would exclude the company from being part of product development, which would inevitably raise questions about quality and reliability.

“When we develop our own products – and we have a very strong, and perhaps one of the best, R&D teams in the country – we do a very detailed analysis of reliability with field trials, which means we do complete life tests of the products,” he affirms.

With that determination came another challenge – convincing customers that the products were indeed first class and differentiating them from other products on the market.

“In 2014, we started discussing: with energy regulation in place, how do you differentiate products?” says Krishan. 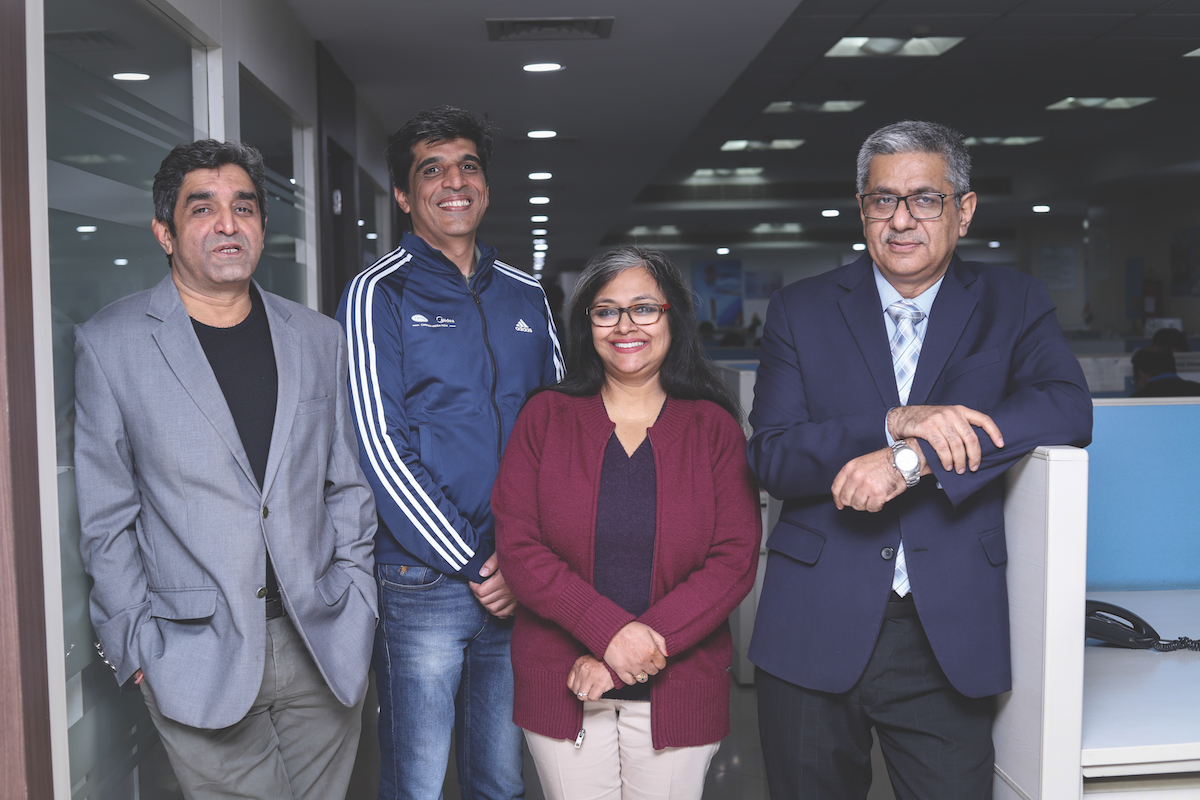 “If a product is three stars or five stars in efficiency, you can’t say, ‘Ours is better,’ because it says on the label that it’s three stars or five stars. So how do you differentiate a product? We realised that the key differentiator going forward was going to be service. An air conditioner, like an automobile, is different from other home appliances. Service became a key differentiator, and for two years from 2014 to 2016, we actually spent a lot of resources and management time developing very strong service capability, which to our mind is among the best in the country, for room air conditioners.”

“We realised that the key differentiator going forward was going to be service.”

Carrier Midea India initiated its ‘Round-the-Clock Care’ service, and was, believes Krishan, the first company – and still one of the only companies – to offer 24/7 service. “Not a 24/7 call centre, but 24/7 service to our customers in 30 of the largest cities of the country – the busiest cities,” he adds.

The company is now undergoing a major upsurge in production as it builds a new plant to cope with expected demand in the future. It’s a vote of confidence in the Indian market, after a period of subdued activity affected every manufacturer in the industry.

“Almost two years ago, we launched a project for a new factory in SUPA, about 85 kilometres from Pune airport. This is a complete greenfield project, and we are setting up what could arguably be India’s largest room-air-conditioner facility with about 50,000 square metres of covered shed area. Our initial capacity is going to be 800,000 air conditioners per year. Phase two will take this capacity up to 1.5 million air conditioners, and we are hoping that within the next five years we will have to start thinking about a new factory over and above this.” 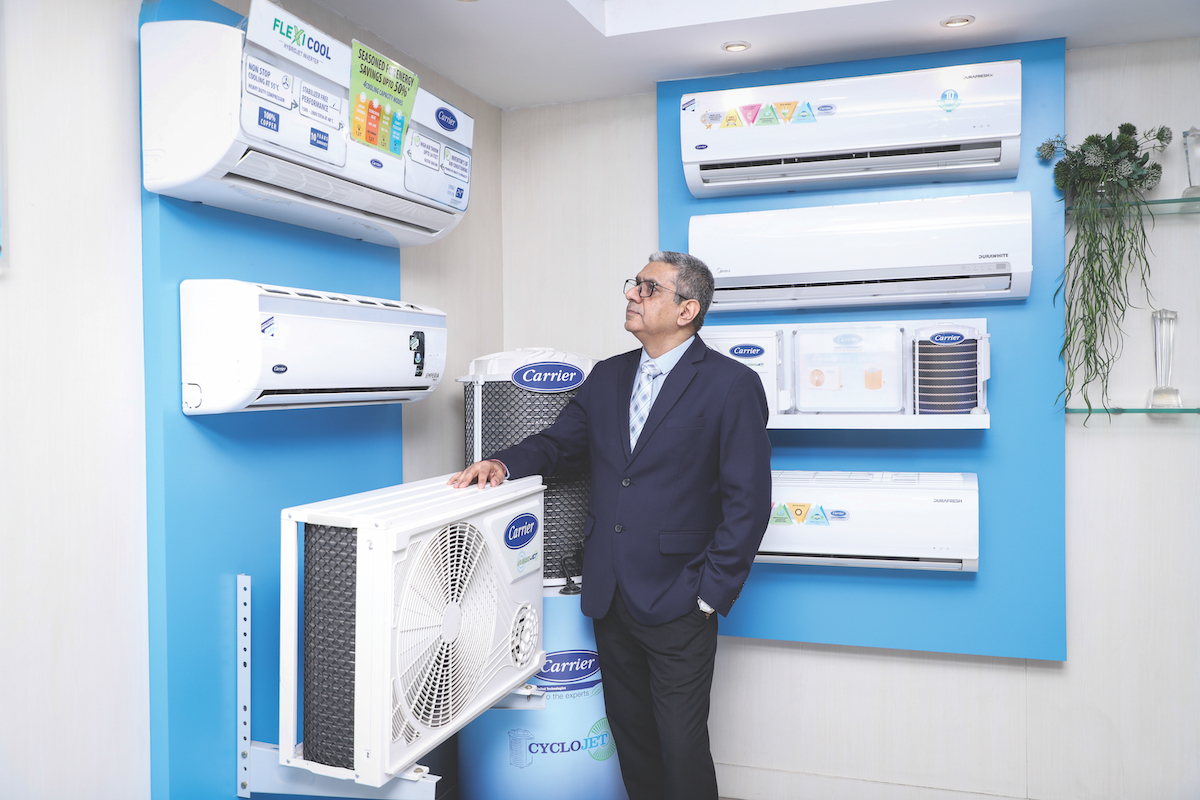 A leap of that kind in product volume will require an equivalent spike in employee numbers to maintain production schedules. That raises a challenge of ensuring those employees accept Carrier Midea’s corporate philosophy and, as Krishan puts it, “unique kind of culture”.

The company is a multinational but imbibes many Indian values, he argues. His focus was, then, to ensure that its motto of ‘Rest Assured’ works as much internally as it does externally.

“We have a very strong performance culture, where we reward performing people. However, we make sure our staff understand that the company is there to take care of them in their times of need. We have lots of examples where people have had issues, medical emergencies or whatever, and the company has been there to support them 100%,” he insists. 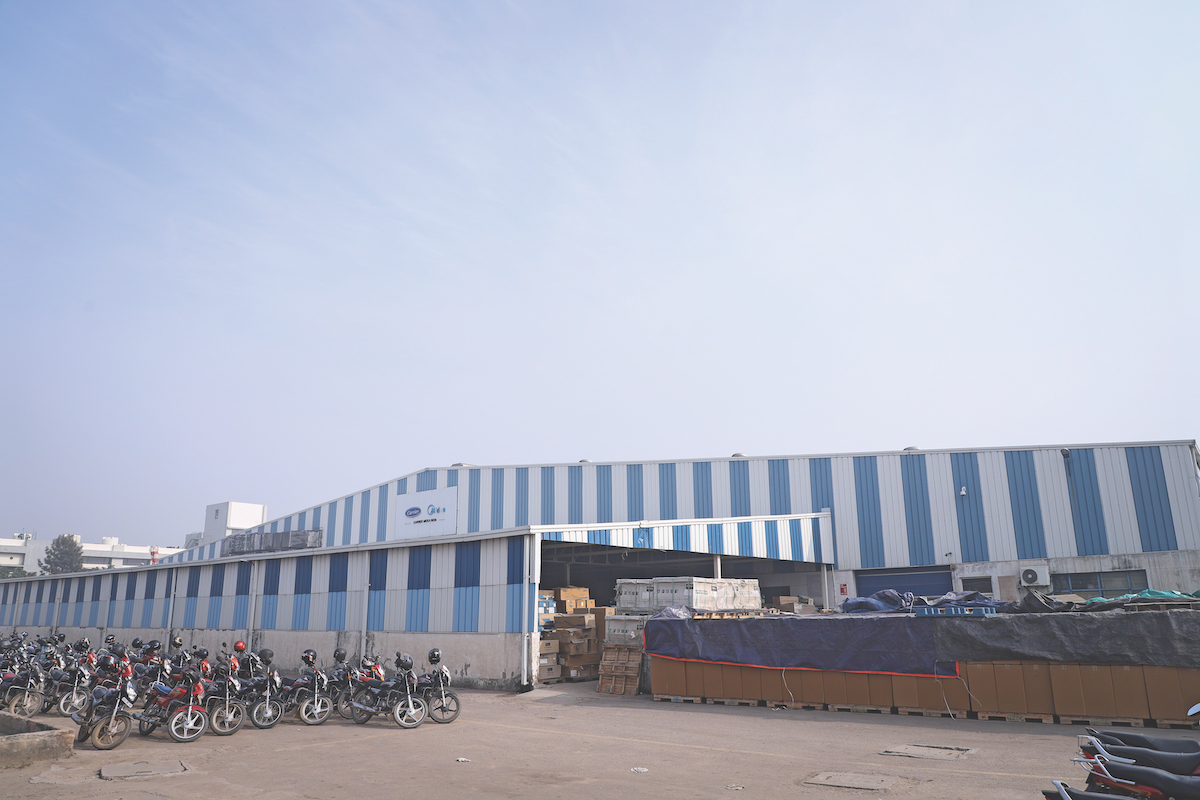 While a large company by its nature clings to an element of conservatism, some stagnate from an aversion to early adaptation for changing circumstances. Businesses not geared to handle disruption, particularly those with a reliance on new technology, inevitably struggle.

Not for Carrier Midea India, states Krishan, who willingly accepts the challenge and has initiated a strategy for renewal.“We’re a company that believes in change,” he points out.

“We continually change – we make minor changes every year – and have made major changes in our organisation structure this year, and also in how we function. One of our core values as an organisation is the ability to adapt to change very quickly. This has been driven into us, and we drive it into the organisation too.

“What we’ll do over the next year or so is use this agility to shake things up and bring in new thinking and energy. I believe flexibility is a key trait that we can leverage to invite new ideas as frequently as possible. That way people don’t keep thinking in old ways and we find a way to do things differently.”

“We’re a company that believes in change. One of our core values as an organisation is the ability to adapt.”

New ways, new thinking, new products. It’s a mantra driven by Krishan right through the company, and it has paid dividends. “Product innovation is key in our R&D. We’re probably one of the few companies to do almost all our own R&D locally. Yes, of course, other Indian companies also do that, but many multinational companies here in India depend on their international head offices to support them. For example, one area of high-tech products is inverter air conditioners, and they are gaining in popularity. I don’t know of any other company that does R&D for inverters locally.”

Carrier Midea’s predilection for maintaining a local presence in every aspect of its operations sets it apart, according to Krishan, and has been the company’s focus in the factory for years. But it will be particularly applicable in its new facility in SUPA, where some of the company’s suppliers are also establishing new facilities to streamline logistics and production for both sides of the supply chain.

“What localisation like this does is improve quality and reduce your supply chain.”

“Your supplier is right next to you. You can always talk to them more easily – if you have any issues, you can discuss them face-to-face. It just makes everything a lot more efficient, more reliable, and improves quality.

“Along with the channel partner meeting, we also do a supplier–partner meet once a year with our top partners, and some of them travel from afar to attend. 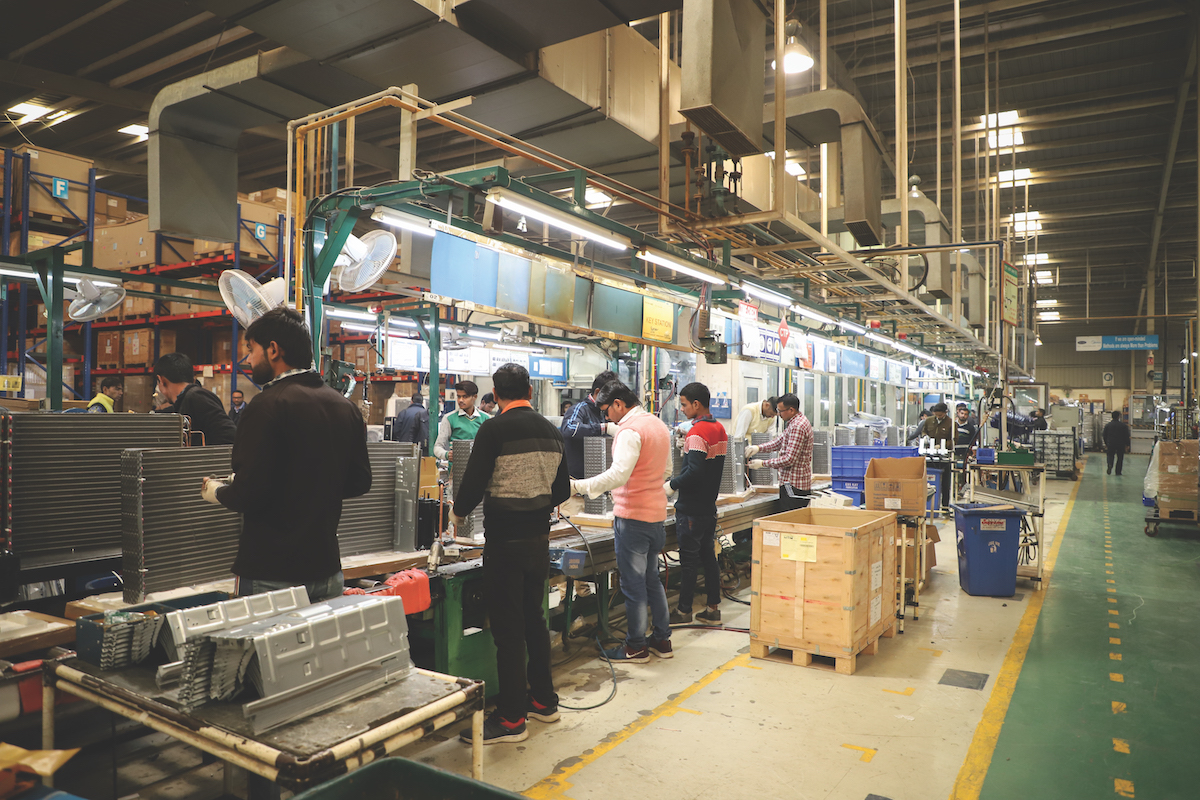 “In these meetings we give recognition to our partners and jointly sign a Quality charter for the year. I always spend at least 15 minutes in those meetings talking about ethics and making sure that they understand that we are an ethical company. I also introduce them to our Business Practices Officer and make sure they understand that they have a right to call him if they have questions on how we do business.”

Krishan created a body called the Power Conclave comprising Carrier Midea’s top 30 channel partners, to meet regularly, discuss not just the company’s activities and what its plans are, but the issues facing the industry as a whole.

“Our main focus in these is our catchphrase, ‘Rest assured’. That’s what we as a company, and the Carrier brand, stand for – a company that guarantees peace of mind for all.”

Krishan unassumingly steps back from any accolades for the company’s rapid success, though; he attributes that success to the efforts of the company’s 400 or so employees who develop and manufacture its wide range of high-technology products.

“My management style is not so much that it is I who has done this. I think it is the whole team, and the company’s success is more important than mine.

“I just happen to be the managing director, but it’s not really my success. It’s because of the contribution of everyone here at Carrier Midea India. We have all made it a great company together.” 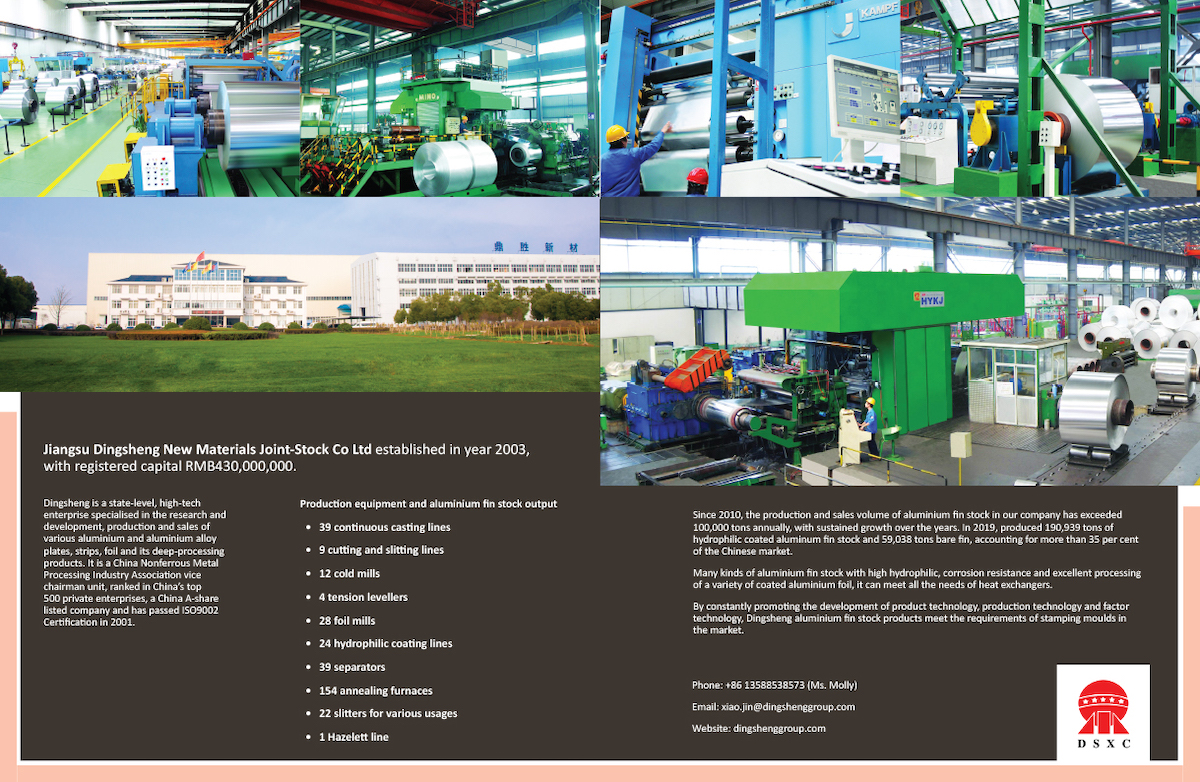 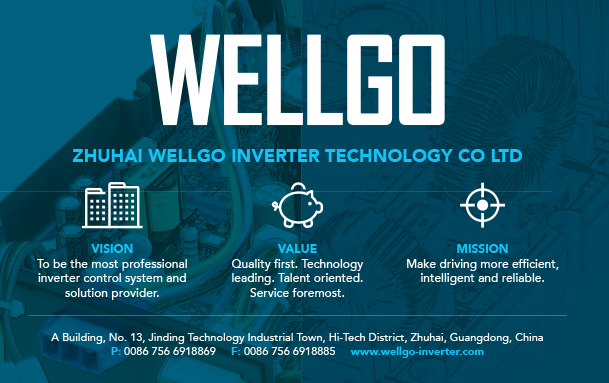 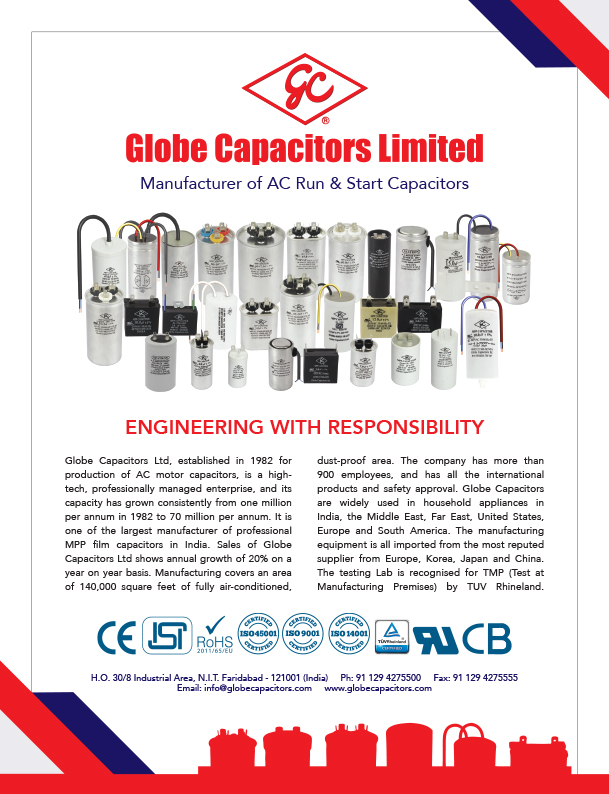