After going through a rather eventful period – including a couple of demergers and moving to a new product line – Orient Paper & Industries has found its groove again under the leadership of Manohar Lal Pachisia.

After going through a rather eventful period – including a couple of demergers and moving to a new product line – Orient Paper & Industries has found its groove again under the leadership of Manohar Lal Pachisia. 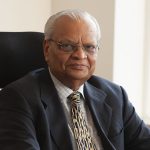 After going through a rather eventful period – including a couple of demergers – Orient Paper & Industries is well poised to grow under the leadership of Manohar Lal Pachisia.

Starting as a paper company, Orient Paper & Industries has diversified into two other, unrelated lines of business – cement and electrical appliances. This was because Orient is part of the CK Birla Group, a conglomerate that manufactures diverse products such as automobiles and auto components, cement, building products, earthmoving equipment, engineering products and more. Not surprisingly, the CK Birla Group decided to demerge the three businesses into independent identities to focus attention on each one and enhance the value proposition for all its stakeholders. In 2013, Orient demerged its cement business in 2013 into Orient Cement and, in 2017, the electric products business became Orient Electric. Now that the demergers are completed, Orient has also strategically turned itself around with better internal efficiencies, reduced costs and higher realisations.

In addition, as separate entities, all three businesses are steadily generating surpluses and investing in their growth plans. “Our paper business went through a difficult time in the past five years,” remarks Managing Director Manohar Lal Pachisia. “But we have been able to turn it around and we are now doing fairly well.”

The demerger has brought with it many benefits, including a substantial unlocking of shareholder value. “Prior to the demerger of the cement business, shares of the combined entity were quoted at around INR50 per share,” Pachisia notes. “The combined value of the three entities’ shares, once Orient Electric’s shares are listed, is expected to be at above INR300 per share – an increase of over six times in a span of just five years”.

Orient has also been able to place its full attention on expanding the paper business. More recently, it has doubled its capacity for the higher value tissue papers, adding a third tissue paper machine. Currently, Orient’s paper business is split 50:50 between writing and printing, and tissue papers. Pachisia expects the tissue side of the business to be further optimised soon.

As with many businesses looking to expand, the main hurdle for Orient is keeping costs under control, something Pachisia says it’s been able to achieve over the past three to four years. “We have been able to successfully bring down our costs in both direct variable costs and fixed costs,” he explains. “All the additional capacity we have added recently hasn’t been through more manpower, but through rationalisation, automation and enhanced efficiencies.”

Today, tissue paper is providing Orient with an edge, holding a dominant position in the market. “We are market leaders in tissue paper and the largest producers of it in India. We continue to create products in the tissue paper segment that are accepted and appreciated all over the world,” says Pachisia. “In terms of quality and cost, we are able to export and compete on a global scale. As a result, almost 50 per cent of our total tissue paper volume is exported to different parts of the world.”

Pachisia has had a close association with the CK Birla Group for 57 years now. He has handled many portfolios in that time, including a 22-year stint with its projects in Nigeria. After that, Pachisia ran the Hindustan Motors’ largest plant from 1988–97, before moving to Orient, where he has been ever since.

One important change Pachisia has initiated for Orient, is ensuring that higher quantities of pulpwood, a principal raw material, is available within a100–150-kilometre radius of its paper plant in Amlai to reduce logistics costs. For this purpose, Orient has set up a world-class nursery to develop high yielding clones suitable for the local weather and soil conditions.

This nursery now has a capacity to produce 10 million clones per year and will soon be expanded to 20 million. Since plantations take five to seven years to grow fully, moving towards a future raw material security is at the core of Orient’s strategy. At the same time, closer availability of raw material will result in lower costs.

With environmental norms becoming stricter by the day, Pachisia stresses the importance of complying with those standards. “In terms of our corporate culture and responsibility, we are doing whatever we can to not just comply with environmental standards but to exceed them. That is where our efforts are focused,” he says. “We are the first company in the integrated paper industry to have achieved zero liquid discharge. We don’t discharge any wastewater into the river systems at all.”

“We are the first company in the integrated paper industry to have achieved zero liquid discharge. We don’t discharge any wastewater into the river systems.”

Fast facts:
Art of the demerger

Business don’t necessarily have to grow through mergers and acquisitions. In fact, quite the opposite.The demerger is one way businesses – normally, though not always, conglomerates – restructure their operations by separating them into several components. There are a few different ways to demerge, depending on the situation.

For example, both of Orient’s demergers were spin-offs, where shares within a subsidiary owning the business are transferred or distributed to company shareholders undertaking the demerger. Other demergers can come in the form of a divestment, where a merger or acquisition is undone, but the assets are completely sold off rather than having them kept under a renamed corporate entity.

Pachisia understands that strong business ethics underpin effective distribution partnerships. Orient is working with several distributors who have been with it for decades. While this might mean that the number of distributors is limited, they do enjoy the advantage of minimal competition from other producers.

“We have several distributors who have been doing business with Orient for more than four decades,” Pachisia says. “We have had a long and satisfactory association with all our distributors and channel partners.”

The same applies to Orient’s supply side of the value chain. Orient has built relationships with its suppliers that have stretched over a long period, grounded in mutual respect, fair dealing and transparency.

At the end of the day, Pachisia wants Orient to be known as a company that is absolutely transparent with its business partners and does not compromise on any of its business ethics. The philosophy and values that constitute good corporate governance and ethical way of doing business are something he strongly believes in and they have served him in good stead over his career of almost six decades. That is unlikely to change anytime soon.