Entrepreneurs face many challenges on the road to launching their businesses. From struggling with limited resources to finding the right idea that will attract buyers both now and in the future, it’s definitely not a cakewalk.

Yet despite all of this, some would argue that starting a new business is actually the easiest part of the process. It’s getting the new business to last that becomes the real challenge.

Today, roughly 137,000 new businesses are launched every single day around the world. And according to the Small Business Administration Office of Advocacy, nearly 80 per cent of small businesses survive their first year, which is absolutely fantastic.

However, after that, the number plummets sharply – only about half make it past the five-year mark. And at 10 years, it drops to one in three. For family-owned businesses, the statistics tell an even grimmer tale.

Worldwide, only one out of three family businesses makes the transition from one generation to the next successfully. These companies often fail during times of transition in leadership. Often, there is conflict between the desire to hold tightly to tradition and the need to adapt and progress in response to a changing environment.

MöllerGroup will, without a doubt, be celebrating its 300th anniversary in nine short years.

It’s this conflict that tears the business to shreds. Yet despite all the reasons a business could fail, family-owned MöllerGroup managed to effectively bypass them all and thrive.

Founded in 1730, it’s one of the oldest German-based companies still in existence, and it’s revered globally for its excellence in the development and production of products for the automotive and industrial sectors.

Now in its seventh generation, the group falls under the leadership of Chair Peter von Möller. He is confident that despite the coronavirus pandemic and any other curve ball the world might throw at it, MöllerGroup will, without a doubt, be celebrating its 300th anniversary in nine short years.

It all started with entrepreneur and visionary Johann Theodor Möller in Warstein, Sauerland almost three centuries ago when he began trading and processing copper – a business he married into. Over 30 years, he amassed eight new companies that he either bought or formed himself. And the last one he purchased was in Bielefeld. Today, the Bielefeld site remains significant as the MöllerGroup’s company headquarters.

This is the spot that has seen almost three centuries of challenge, hard work, dedication, perseverance and, more importantly, success on a global scale.

With strong roots in Germany, the company, which is world-renowned for producing high-quality automotive parts for industry legends such as BMW, Daimler, Porsche and Volkswagen to name a few, operates in markets across Europe, North America and Asia.

MöllerGroup competes on the world stage thanks to its flexibility, agility, culture and its diverse product and service offerings.

Beneath the MöllerGroup umbrella, there are three distinct businesses – MöllerTech, which has a focus on automotive and is revered worldwide for its development and production of plastic parts; MöllerFlex, which specialises in the development and production of flexible mouldings for skilfully combined, multi-component technology; and MöllerWerke, which produces and develops flexible, functional parts.

And what its customers find most appealing is that with MöllerGroup, there’s no such thing as “it can’t be done”. Whether the customer wants lacquered surfaces, different looks with leather, microfibre or hemp or a particular strong or velvety soft feel on their cars’ interiors, MöllerGroup can make it happen thanks to its employees’ deep-seated knowledge and wealth of experience. The sky truly is the limit when it comes to the Group’s capabilities.

An organisation’s culture says a lot about the business. And for MöllerGroup, that culture is kaizen. This is a Japanese term that can be broken into two words: ‘kai’, which means ‘change’, and ‘zen’, which means ‘for the better’. Much more than a management concept, kaizen is MöllerGroup’s philosophy, and it’s practised daily. With roughly 2,300 employees around the globe, the respected business believes this concept of kaizen helps to bring everyone on board from management down to the employees on the production lines.

With the slogan, ‘Möller, made by people’, it is believed that only once the focus is placed on the employees can the company’s full expertise and potential be mobilised to create solutions. Generally speaking, the thought process is a one-piece flow focused on continuous improvement, and simplicity is key.

It relies on gemba (‘the real place’). Gemba keeps the management team out of their offices and puts them down on the floor in the middle of all the action (at least 80 per cent of the time).

This ensures they’re across all aspects of the plants at all times, enabling swift decisionmaking – something the Group is very proud of. Even more, under the guiding kaizen principle, MöllerGroup employees have an equal say and can speak to anyone at any time to contribute to the problem-solving process.

Social commitment has been a vital component of MöllerGroup’s corporate culture for more than a century. Back in 1879, brothers Theodor Adolf von Möller and Karl Möller established the Möllerstift foundation. Today, the foundation continues to thrive and has helped many thanks to the hospitals it has built and the social projects it has supported.

Here, the phrase ‘it’s not my job’ simply isn’t in the vocabulary. And not only does this culture foster a positive, collaborative experience for all employees, but it also filters down to the customers. MöllerGroup’s culture puts it close to its customers, making the company quick to react on their different demands.

This kaizen philosophy differentiates the familyowned business in an overly saturated market, and it also contributes greatly to its ambitious growth path – MöllerGroup is keen to grow the business in close relation with its customers on an international scale.

Today, MöllerGroup is a globally active organisation with nine production sites across the world. In continuance of its growth journey, its management team deems it fundamental to focus on regional diversification. The Group is also set on expanding its footprint in China, believing this is absolutely vital to another century of ongoing success.

From a tannery in 1730 to a global automotive phenomenon in 2021, family-owned MöllerGroup is driven to succeed.

Social commitment has been a vital component of MöllerGroup’s corporate culture for more than a century. Back in 1879, brothers Theodor Adolf von Möller and Karl Möller established the Möllerstift foundation. Today, the foundation continues to thrive and has helped many thanks to the hospitals it has built and the social projects it has supported.

The Germany-based and family-owned MöllerGroup has an impressive 300-year timeline of success.

1730 In 1730, Johann Theodor Möller began processing and trading in copper in Warstein, a small village about 120 kilometres from Bielefeld.

1762 Johann acquires his eighth site of activity, a copper mill in Bielefeld. This marks a further phase of expansion for the German entrepreneur.

1827 Theodor Adolf von Möller founds the tannery and leather goods factory, and his trademark ‘TM’ becomes synonymous with quality in the leather industry.

1860 Under the direction of Friedrich Möller, the company develops into an enormously diversified commercial enterprise.

1863 Karl Möller and his brother Theodor jointly found the engineering works company with products covering a wide range of equipment and machinery for all branches of industry.

1880 This year marks the beginning of its leather belting. Karl and Theodor take the opportunity to further extend the activities of Leder Möller – a popular branch of the company that is well known in the market.

1897 With the fifth generation, the business grows significantly, and Möller products start being exported as far away as China. A new belting factory is also established, and the technical leather product range is expanded.

1929 The depression in the world economy has strongly affected Möller’s engineering arm, resulting in it being sold. However, the tannery and the technical leather parts survive.

1936 A significant step to secure the future existence of Möller is initiated by Gerd von Möller, the sixth generation in the business. Rubber V belts are developed to substitute old-fashioned leather belts, and the first moulding machines to produce plastic parts are acquired. The Möllers take a chance on new macromolecular material, Duroplast, which experiences a boom in the following decades, as does their business. A plastic moulding plant is set up.

1949 An injection-moulding facility is inaugurated and marks the beginning of a very successful development for Möller in the field of plastic technology.

1952 The first plastic parts for the interior of cars are produced for Mercedes in Stuttgart.

1960 In the 60s, the tannery undergoes complete modernisation.

1980 The international expansion begins under the new leadership of Peter von Möller. He acquires plants in France and Spain. Several factories are built in Europe, across the Atlantic and, following the reunification of Germany, two plants are set up in the New Länder.

2007 MöllerGroup closes its tannery after 180 years.

2014 MöllerGroup is composed of nine production sites, and supplies a diverse range of flexible parts to the capital-goods industry. Eighty per cent of its business is done within the automotive industry and is concentrated on premium cars like BMW and Porsche.

2021 Despite COVID-19, MöllerGroup continues on its international expansion journey, setting its sights on China. This initiative becomes a powerful driving force behind the business.

The reason? It’s likely due to the fact that China has become the world’s second largest economy, ripe with opportunity. Recently, the Asian country began making historic strides to increase foreign access to its local markets.

Combined with its large stature, heaving population and strategic ports, China lends itself effortlessly to being a major hub for world trade. In regard to the COVID-19 pandemic, China’s economy is also rebounding more rapidly than others.

To grow with the Chinese market, many company leaders believe it’s best to manufacture there, on the ground. Olaf Kiesewetter, CEO of the car sensor supplier UST is one of them.

“We clearly notice that China has come out of the crisis with force,” he told Reuters. “Without China, our business in the third quarter wouldn’t have been so good. So there is no doubt that we’re better off thanks to China.”

Stefan Mair, the new Head of SWP, the German Institute for International and Security Affairs, told Reuters, “It’s impossible to ignore China because its market and growth opportunities are simply too big.”

When MöllerGroup tackles this global expansion initiative in China, it will be a boon for the business, proving that while the company may be small, it is indeed mighty. And it’s fully capable of fulfilling its customers’ demands internationally. 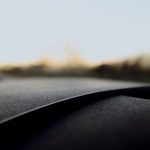