CEO and Vice-President Oriol Guixà shares La Farga’s intimate understanding of the copper industry, and how it has evolved into an international business.

CEO and Vice-President Oriol Guixà shares La Farga’s intimate understanding of the copper industry, and how it has evolved into an international business. 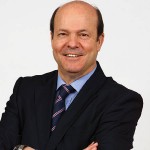 Founded in 1808, La Farga is a metallurgy company that manufactures and sells semi-finished copper products and its alloys rod and billets for the electrical, metal packaging, railway, piping, automotive, and special conductors markets.

La Farga has a global footprint, with three production plants in Spain: La Farga Lacambra, La Farga Tub, La Farga Rod; one in China: Ganzhou Jiangwu La Farga; one in the US: SDI La Farga; and copper-pipe distribution centres in France and the UK. The organisation also has three research centres that constantly work to develop new products and applications with copper and its alloys. This capability has enabled La Farga to position itself at the forefront of the industry.

Oriol Guixà is Vice-President and CEO of La Farga. Coming from a background of industrial and aeronautical engineering, he started his career with Motorcycles Montesa in the innovation and development department. It was here that he actively participated in the creation of a joint venture with Honda Motor Company and led the trial team that won the World Championship in 1980.

In 1984, Oriol and his father-in-law embarked on a new metallurgy project, joining La Farga Lacambra as a shareholder and with Oriol as General Manager. Oriol developed the patent for the copper-recycling process and created three new companies: La Farga Tub, La Farga Rod, and La Farga Intec. He is also the founder of La Fundació La Farga, which has the only copper museum in Europe. Oriol was instrumental in La Fargas joint venture with the Italian company Continuus Properzi for the sale of patented technology sold in more than 30 countries around the world, and he helped create a new copper industrial company in China and another in the United States with La Fargas local partners.