When asked to reflect on his daily challenges, Phil Chang says he often thinks back to more simple times decades ago when running the family’s leather goods business relied on a solid reputation and good basic accounting to evolve and survive.

As a self-described numbers man with a degree in accounting and applied statistics, the CEO of Yamani United Group understood that world well. He also knew the world of leather, having grown up with piles of the product spilling out of the company factory or filling any available space in his Taiwan home.

Today, 79 years after the company was launched by his grandfather, Yamani is reliant on technology as much as numbers, a change brought about largely by Phil’s awareness of the risk of being left behind.

In fact, when Phil was brought on board 27 years ago as an assistant to his father, Charles, who was Chair at the time, his first priority was to introduce emails. “Yes, in 1993, we were still using telexes and faxes,” he says.

“I hired my first real IT person to set up emails and started working with him to advance the existing IT systems. Dad had set up some infrastructure, but they were starting to get more complex. It wasn’t only about working internally with our numbers anymore; it was about connecting and receiving information externally. But having a numbers background, the logic of IT actually came easily to me.”

Yamani produces luxury leather products, including handbags, wallets, duffel bags, travel accessories, backpacks and computer cases under the brands of Offermann, Traveller and D’eborah, and has been an agent for French fashion juggernaut Pierre Cardin for 39 years.

The company launched in 1941 as a small family outlet producing leather belts in Changhua in Central Taiwan. In 1973, when Charles was appointed Chair, the manufacturer had expanded its range to produce other leather products and ventured into the American and European markets.

In 1981, it began its relationship with Pierre Cardin, and in 1990, a factory was opened in Xiamen, China. To celebrate Phil’s appointment of CEO in 2009 and the succession of the family’s third generation, Yamani established new headquarters in one of Changhua’s neighbouring cities, Taichung.

Another two locations followed with the opening of its factories in Vietnam in 2012 and Myanmar in 2018. Phil completed his degree at the University of California’s Santa Barbara campus before joining the women’s shoe department at Macy’s in San Francisco to get an idea of what happened across the counter.

“While our core business works with big brands in the luxury world, we also produce our own brands and licensed brands such as Pierre Cardin in domestic markets,” he tells.

“I wanted to understand what it meant to work on the retail side, so I went to work with Macy’s where I supervised the floor and did stocktake for women’s shoes.” Phil worked with the iconic department store for a year before he was “lured” back by his determined dad in 1993. On his return, his father suggested he’d be better off going to China for a few months in order to be “closer to where the action is”. 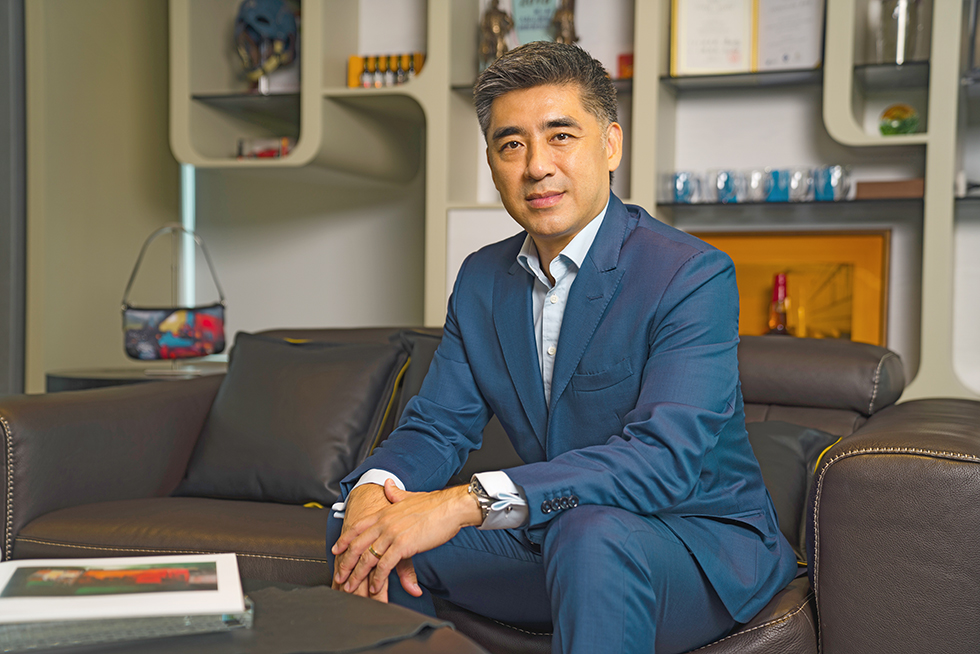 “He told me to take a look at the China factories, come back and tell him what I saw,” Phil tells. “I stayed there a few months, then a few months turned into a few years, which then turned into 17 years!”

Phil concedes he didn’t have much choice in the matter of working for the family business, but adds his father did his best to find him a suitable niche. Clearly recognising his son’s passion for working with numbers and wanting to encourage him, Charles provided Phil with multitudes of spreadsheets to study.

“That’s how I started with the company,” he laughs. “I was given a lot of numbers to work with and used to come up with all these very beautiful graphs for him to look at. After a few years, he gradually moved me into sales and that’s when I really understood that all those graphs I worked on actually meant something in the real world.

After that, he moved me to purchasing so I’d understand the back-office support needed to get out customer orders. There I learned that if you’re not strong in operations, sometimes you can’t deliver what you promised.

“When I worked in purchasing procurement, I started learning even more about the business and came up with more graphs and charts to facilitate operations and give us further insight into supply chain management. Moving around from department to department helped stop me from complaining about how the business operated. I knew how it all worked.”

Phil appreciates his time in China for also triggering his passion for change. He quickly learned that working with people who’d been with the company for many years wasn’t conducive to updating systems and processes.

His constant barrage of relentless questions was not always encouraged and his curiosity about why things were done a certain way led to numerous conflicts in brainstorming sessions.

“I would always challenge them and they thought it was ridiculous that I was asking why things couldn’t be done differently or why machines weren’t brought in to replace manual labour,” he remembers. “They would respond by saying, ‘Well, this is how we’ve always done this.’ But seeing what they were about made learning that much more fun.” 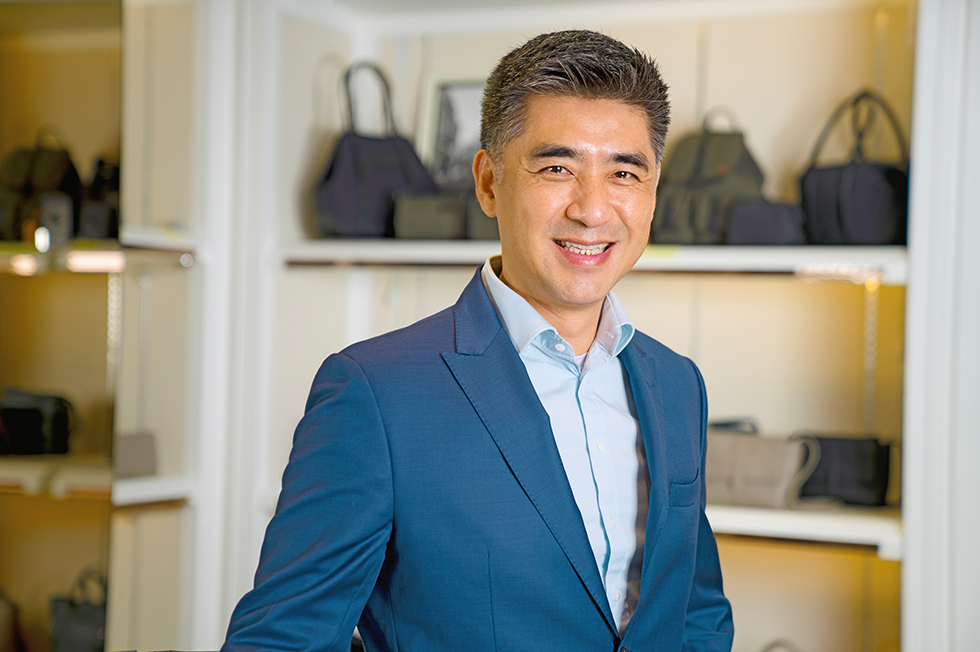 Over the years, Phil has also learned about building a reliable reputation to ensure customers and partners understand that what is promised is always delivered.

He says that producing quality products is a given – a commitment the company truly believes in with everything processed on Yamani’s production lines carefully examined – and that it’s the relationships that are at the core of the business. Once again, he refers to his father’s invaluable guidance.

“The other 70% is about building trust between the people you work with, both internally and externally. Our quality is not just about our actual products; it’s the quality of our people. Our customers know that when Yamani says they will do it, they can sleep well.” For example, when COVID-19 struck, Phil called an emergency management meeting.

Our quality is not just about our actual products; it’s the quality of our people.

“We were able to arrange for about 10 of our overseas supervisors and managers to travel to our factories, and I’m very grateful that they were willing to travel because they haven’t returned home since February. I wrote a letter to our customers, letting them know what precautions we are taking so that their products and our people are safe. When the breakout happened in Europe, closely followed by the US market, the supply chain effect was shifted to the market side, so we needed to hold production. We went through three or four months of no cash flow. Luckily, by the end of July, we started to ship goods and the cash flow started to come in again. I believe we successfully went through the first phase of COVID-19, but now we have to get ready for the second phase.”

Still a very big part of Phil’s life is his father, who is approaching the age of 80. He retired eight years ago. Well, sort of. Charles frequents the office a couple of times a week, and Phil, now a father himself, values his input.

He admits his father is the first person he turns to if problems arise, even if he’s already confident in his own solutions.

“Dad’s in the office right now,” Phil laughs. “He says that he’s retired, but I guess that retirement for him means going from working eight days a week down to a normal five days a week. It’s good to have him in the office and I enjoy having lunch with him to tell him about what’s going on with the business. When I ask questions, although I may already know the answer, just having his blessing makes my decision that much stronger.” 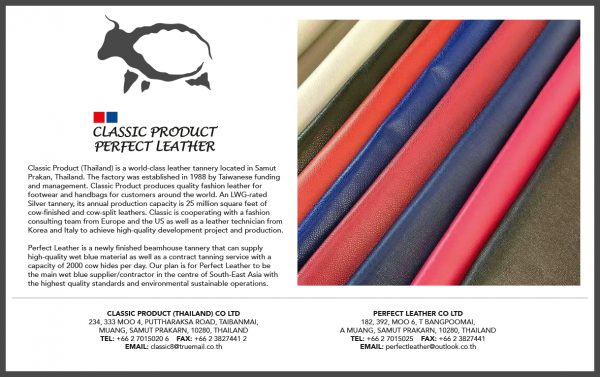