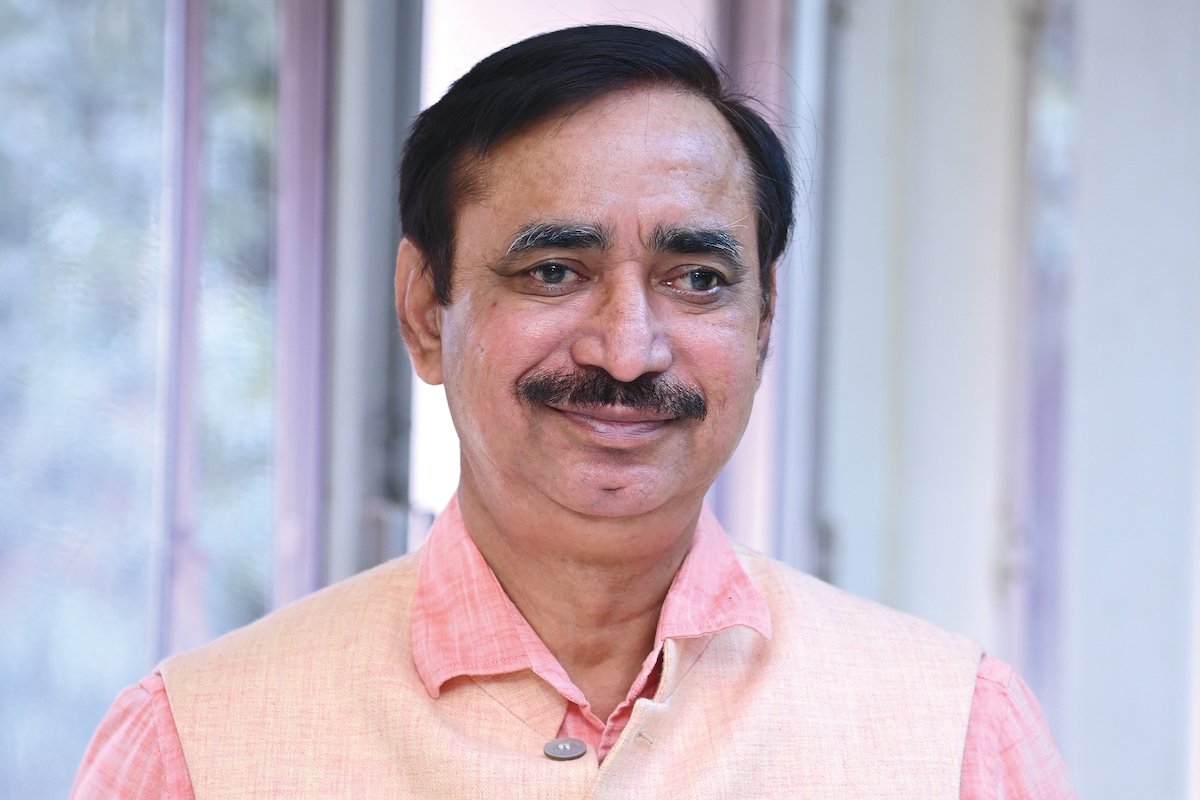 Becoming competitive on the global wheel manufacturing stage is no small task. But in his 22 months as General Manager of Rail Wheel Factory (RWF), Rajiv Kumar Vyas certainly succeeded in driving significant change in the company’s bottom line until his superannuation in July 2021. When he first took on the role in 2019, his promotion came with a clear mandate: the company’s product costs, high compared to others in the global market, needed to be significantly reduced.

RWF’s history dates back to the late 1970s: the Indian Planning Commission sanctioned the original plant project in 1978 and the Wheel and Axle Plant was set up as a production unit under Indian Railways. The rebrand to RWF came at the start of 2003. Having worked with Indian Railways for 35 years, Rajiv saw his new position as an opportunity to serve his nation and play a role in his country’s economic growth.

“RWF supplies the wheels, axles, and wheel sets to both Indian Railways and private customers – for both maintenance and manufacturing of wagons, coaches and locomotives,” he tells The CEO Magazine. “As well as bringing in profit for the country, ensuring that our products are made to the highest standards means people getting to where they need to be on time, and arriving safely.”

Rajiv got to work on a plan to improve both the efficiency and effectiveness of the factory, swiftly achieving great results – perhaps unsurprising given his broad experience. “Our products are now 16–38 per cent cheaper,” he explains.

“Falling below import prices means that our product has become globally competitive. “Being International Railway Industry Standard certified means we can supply product to the European market, while our Association of American Railroads M-1003 certification, which is currently pending, will allow us to supply our cast wheels and axles to North America.” 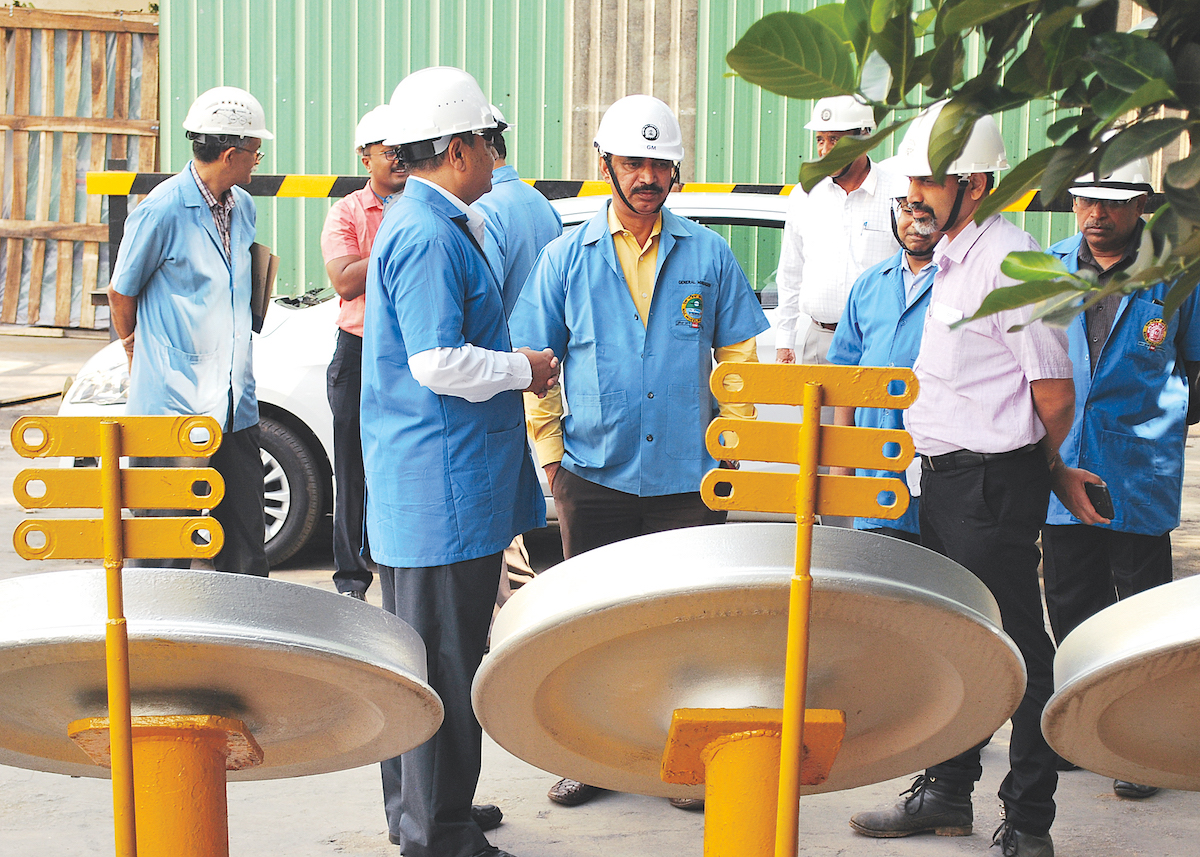 RWF uses cast steel technology, utilising scrap steel collected from railway workshops as a raw material, engineered with minimal scope for human error. The factory was the first unit across Indian Railways to achieve ISO 9001:1994 accreditation. The company is now able to fully supply India with cast wheels in conjunction with its sister unit, Bela – around 250,000 wheels.

In fact, there is even surplus capacity, part of which is being exported to Mozambique Railways via Rail India Technical and Economic Service. Rajiv says the organisation has a dedicated, specialised workforce, and is the only unit in the world manufacturing all three products – wheels, axles and wheel sets – under one single roof. He also notes the technology used by RWF is cutting edge, with only around five companies across the globe using it.

RWF prides itself on its energy conservation measures, and has therefore converted its furnaces from diesel to piped natural gas, which has reduced environmental and financial costs. Likewise, Rajiv says the company takes seriously its responsibility to its procurement systems, ensuring that all of its partnerships with suppliers are equitable and seamless.

Because of these facilities, we were able to achieve all our targets, and we even surpassed set manufacturing targets across wheels, axles and wheel sets. These included targets set for the supply to Indian Railways as well as to other customers, which has ultimately resulted in increased profits.

“We help our vendors to develop new products,” he shares. “We also help them improve their products so that our productivity also increases.” As an example, Rajiv notes RWF’s work with Graphite India, which has shifted from importing products from China to securing them locally. He adds that the company has a strong relationship with all its suppliers and vendors, working closely with them to resolve quality control issues. This supportive approach has seen the company become a customer of choice – useful when larger orders are required.

“We have about 70 suppliers that are key in our manufacturing process, in India as well as outside India. Those 70 supply maximum quantity, in terms of volume, as well as in terms of value.” When the pandemic began, RWF’s facilities were put under lockdown, which lasted just over a month. Opening with special permission from the Karnataka government, it cranked up production while paving the way and setting best practice standards for other manufacturers in Bengaluru and Karnataka.

RWF ran educational workshops, Rajiv explains, determining in the early days of the pandemic that a high level of health care was needed, as any staff contracting COVID-19 would lead to disruption in the manufacturing process. Additionally, facilities were developed during the pandemic’s first wave, with isolation wards and COVID-19 care centres all onsite.

This helped the company to both restart and continue operations. “Because of these facilities, we were able to achieve all of our targets, and we even surpassed set manufacturing targets across wheels, axles and wheel sets. These included targets set for the supply to Indian Railways as well as to other customers, which has ultimately resulted in increased profits.”

As the pandemic progressed, Rajiv says the state government asked RWF to supply oxygen to private and government hospitals; however, as the oxygen plant was only suitable for industrial purposes, the company initiated a project to import a compressor from Italy. “Now we have an oxygen bottling plant in our factory capable of filling 106 cylinders per day, so we are now able to supply oxygen cylinders during the third wave, if it starts,” he reveals. For Rajiv, there are several parameters to measure success, the first being how RWF meets targets set by the Railway Board.

“Those targets are based on how many million tonnes of goods and passenger traffic we will be carrying,” he explains. “Our production plans are generated by the Railway Board based on this and we have always surpassed those targets.” Another key parameter for him is that RWF’s wheels have never failed during operation on Indian Railways, and a third is that its prices are now even cheaper than import prices, with the quality meeting high international standards. On a personal note, Rajiv believes his own growth and success is intertwined with that of RWF.

“As the railways have seen an increase in traffic from 270 million tonnes in 1984 to more than 1,400 million tonnes today through various technological advancements, I have also grown at Indian Railways,” he reveals. “I’ve worked in various capacities in stores and offices, managing machines and manpower. I have also worked in administrative posts on the railway board, overseeing high-value tenders and procuring specialised equipment from foreign countries.” It seems Rajiv has left RWF in a strong position, which will see it thrive for years to come. 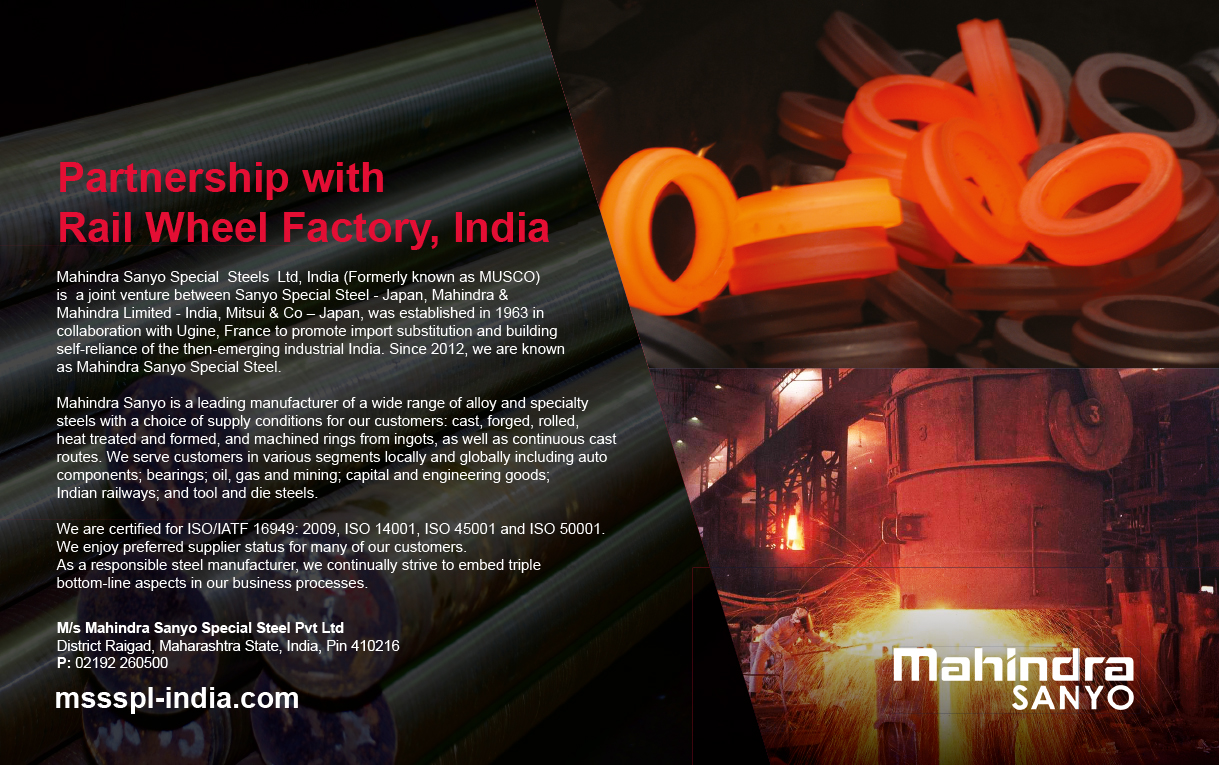