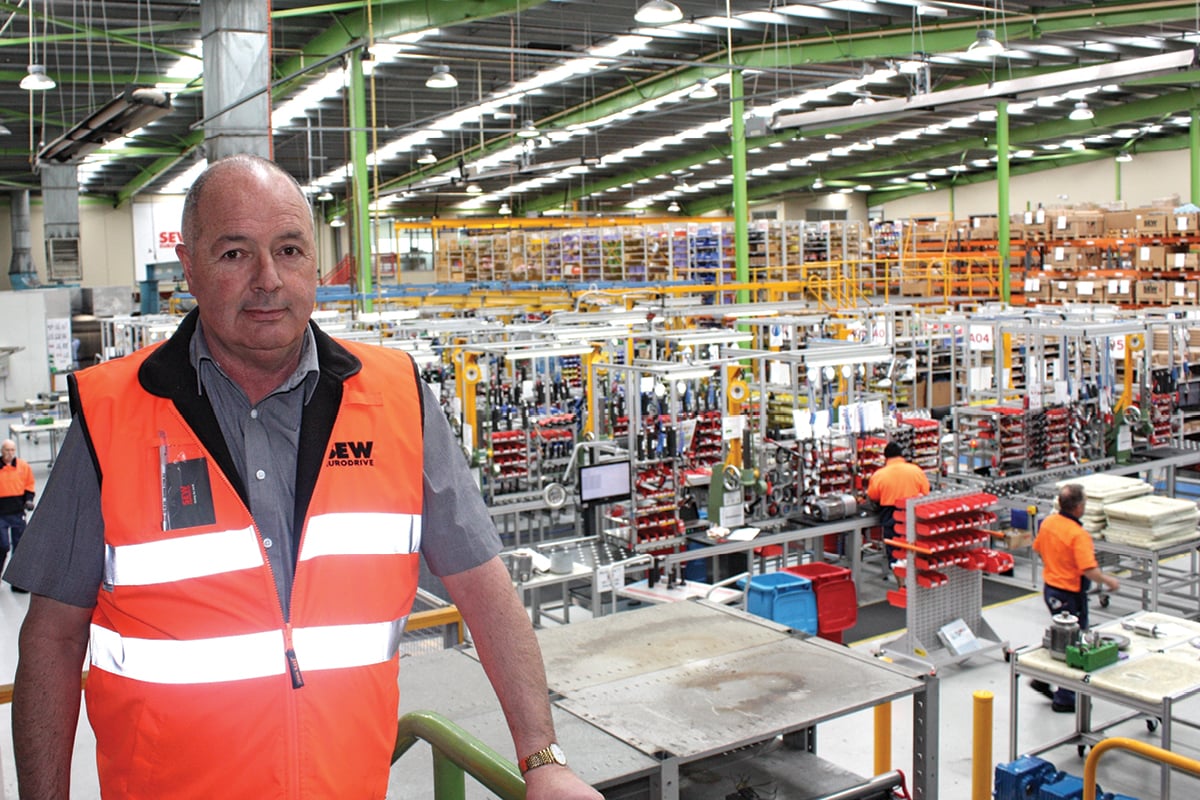 Rob Merola still chuckles over the title given to him when SEW-Eurodrive launched in Australia 35 years ago. It was certainly fancy enough, Sales Office Supervisor. And it definitely sounded impressive. It just lacked a little substance. “We actually didn’t have a sales office and I had no-one to supervise,” he laughs. “It was very easy, a one-man team. Me! I was it.”

With a choice of one of seven large and empty offices lining the street front where he could hang his new title on the door at SEW’s Tullamarine building, Rob chose carefully. “I chose the one nearest the toilet, so I didn’t have to walk very far.” It’s clear that what you see is what you get with this unassuming managing director. Affable and approachable, he doesn’t flinch when asked what exactly it is the company manufactures. Gearmotors? Gear units? What is SEW-Eurodrive driving?

“Anything that moves in an industrial sense, other than automotive,” Rob explains. “A conveyor, crane, pump, even a carnival ride – anything that requires some form of automation. For example, when you go to the airport and drop your bag at the check-in kiosk, you push the button and your bag starts moving along the belt. Well, underneath that belt somewhere is a SEW gearmotor and electronic system. That’s us, just quietly working away in the background, doing what we need to do.”

While it can be argued that Rob has also worked away quietly in the background, steadily building SEW into the multimillion-dollar success it is today, he’s also been very much at the forefront. When Jürgen Blickle, the son of Ernst who took over the running of SEW in 1945, was sent to Australia to set up an assembly centre in 1982, Rob was his first employee, charged with setting up the sales organisation and network.

Rob remembers plenty of sleepless nights during those early years, including those when he was called out to service emergencies after-hours. As the team grew, so did his responsibilities and when Jürgen left to head SEW’s American operations in 1985, Rob was appointed General Manager.

SEW-Eurodrive was founded in Bruchsal in 1931 by banker Christian Pähr who died just four years later, leaving his widow to run the business. While Allied bombs rained down on the German city, the SEW building remained intact. In 1945, Pähr’s son-in-law, Ernst Blickle, took over the company which is led today by his sons Jürgen and Rainer.

Today, he spearheads a national team of 250 people, and is a little busier than those years floating around an empty building, supervising himself. “Just a tad, just a tad,” he laughs. “We have facilities in Sydney, Brisbane, Townsville, Adelaide, Perth and Mackay, and we’re going to build in Newcastle next year. We’ve just gone gangbusters.”

Rob had harboured an ambition to be a pharmacist but, conceding early on that he was “hopeless” at physics, completed an apprenticeship as a fitter and turner instead. His time as a tradie is not forgotten when staff find him on the warehouse floor running his watchful eye over things. “If I’ve got to jump on the forklift and unload a truck, I will. And I have,” he says. “Yes, the buck stops with me, but at the end of the day I’m just one of the team. I walk out onto the shop floor, everyone says good day, and I’ll talk to anyone and everyone.”

Headquartered in southern Germany at Bruchsal, the dynamics of the global company are a little more complex. Naturally, in an organisation employing more than 18,000 people in 15 central production plants and 77 drive technology centres across more than 50 countries, there’s bound to be bureaucracy and politics. But for Rob, a deep-rooted relationship with Jürgen – now global president – has earned him a direct line to the top. “My line of reporting is straight to him,” says Rob. “I have no red tape and I’m aware that’s a privileged position to have.”

“If I’ve got to jump on the forklift and unload a truck, I will. And I have.”

While many meals and long nights have been shared between the two, the relationship is based more on mutual trust and respect, and Rob admits he’s tossed the boss a few curve balls along the way.

During the early days, Jürgen asked him to set up a distributor for the fledgling Australian company, as was the practice in the US and Canada. “I told him that, in my experience, that wasn’t the way to go. I told him, ‘Distributors only care about one thing, and that’s not you’. He backed my judgement and we distributed ourselves. The components are manufactured in our plants overseas, then sent over here and, just like a Meccano set, we assemble everything to order.” 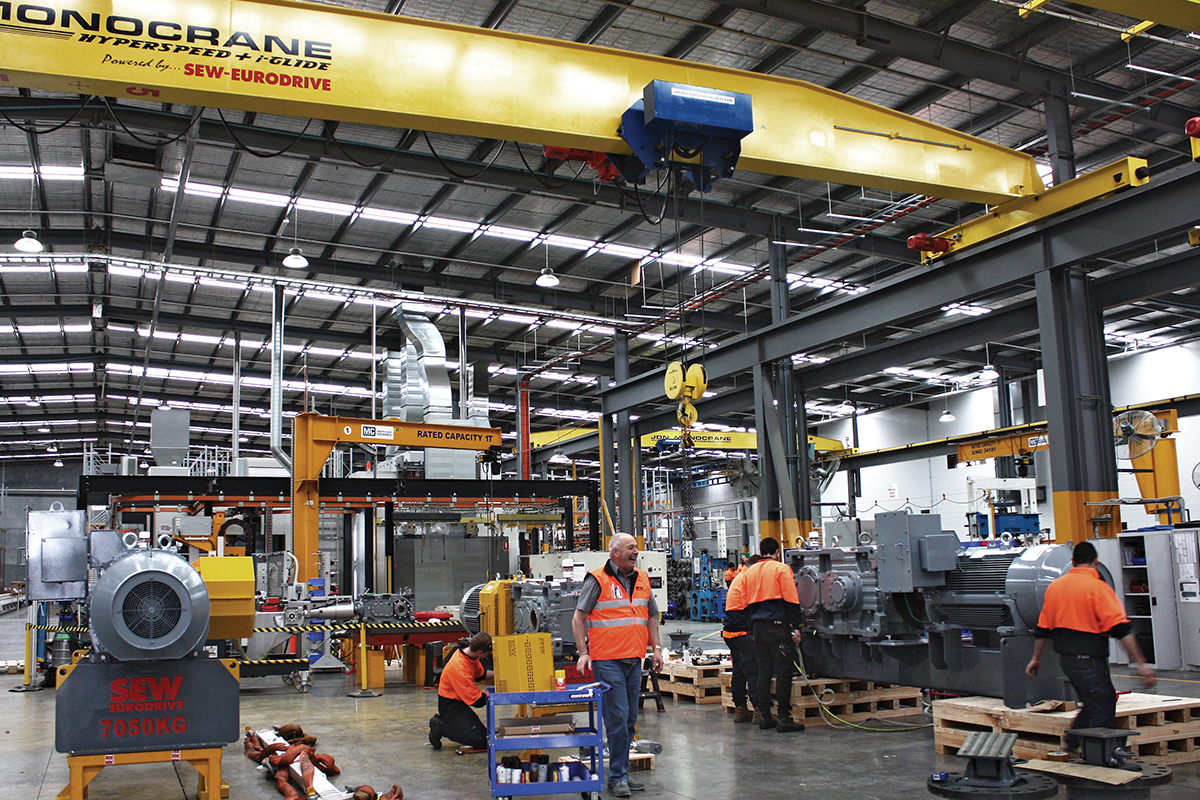 “The best partnerships aren’t dependent upon a common goal but a shared path of response, reliability and respect. Years of stable relationships give our brands a reputation of high esteem and offer ongoing value to the Australian market.” – George Philip, Managing Director, NSK Australia

Rob startled his more cautious German boss even further when he later declared he expected the new company in Australia to achieve a turnover of A$6 million. This target was achieved in just two years.

“He was rather surprised by that,” Rob laughs. “But we got there. It didn’t take us very long to get traction. We were the masters of our own destiny. No distributors. Our strength was our inventory and delivering to the customer what they wanted, when they wanted.”

SEW has a global turnover of €3 billion (around A$4.8 billion), with the Australian centre experiencing growth Rob can only describe as being “out of this world” over the past two years. And Rob has made another promise to Jürgen he’s determined to keep. “I told him that before I retired, I would see Australia turn over A$100 million. We’re in reach now, we’ll probably achieve it within two years.

“DHL Global Forwarding is proud to have worked in partnership with SEW-Eurodrive for over 30 years, during which both organisations grew significantly. The shared principles of teamwork, innovation and respect have ensured that the relationship has been mutually beneficial.” – Tony Boll, CEO – South Pacific, DHL Global Forwarding

“I’ve been blessed to have a boss like Jürgen who’s backed my judgement with investments. Everything we’ve done has paid off and made the business bigger and better. It’s been an incredible journey.” When it comes to having a broad vision for the future, Rob lives by the mantra, ‘If you fail to plan, you plan to fail’. While he looks ahead to focus on expansion, he trusts his team with the nuts and bolts of everyday business. It was a lesson he learned the hard way.

“I was used to doing everything myself. But it caught up with me,” he says. “After about three years of being general manager, I became very sick. I was poked and prodded left, right and centre, only to be told I was stressed. I had to let go, slowly, and let people do their jobs. It paid dividends, because now I have a fantastic team. About half of our employees have been with the company 10 years plus – an amazing statistic not many companies can boast.” 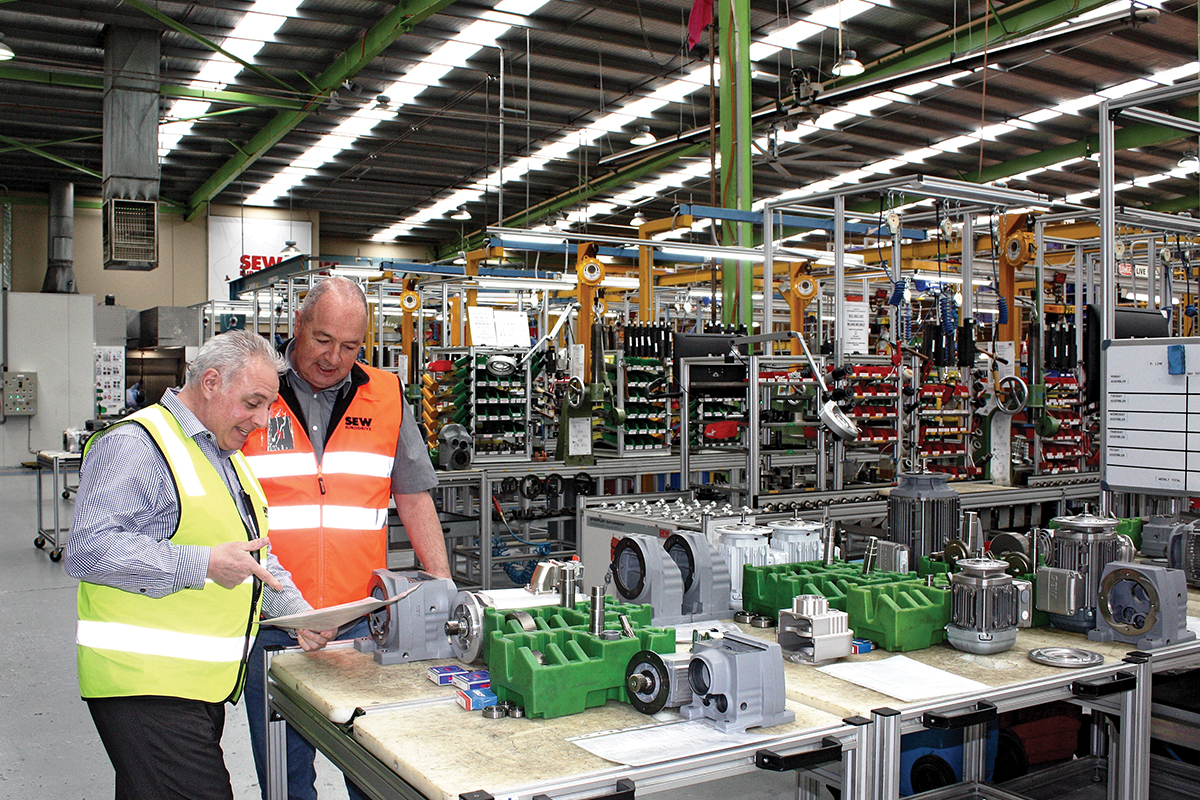 “I said before I retired I’d see australia turn over A$100 million. We’re in reach now.”

Another valuable lesson Rob learned was given to him from the founding chairman of the Australian centre Tom Molomby SC, a mentor Rob remembers as a wise leader with an extraordinary breadth of knowledge and experience.

“I questioned him once about his decision to fly to Sydney for a meeting rather than remain in Melbourne for a video conference,” Rob says. “Tom told me, ‘You’ve got to look them in the whites of their eyes’. It’s not earth-shattering, but it’s stuck with me. So, whenever there is anything important to be discussed or decided, I like to meet with people face-to-face, because you can tell so much more by talking to them. Looking at them in the whites of their eyes.” 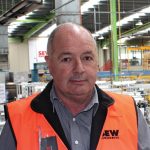