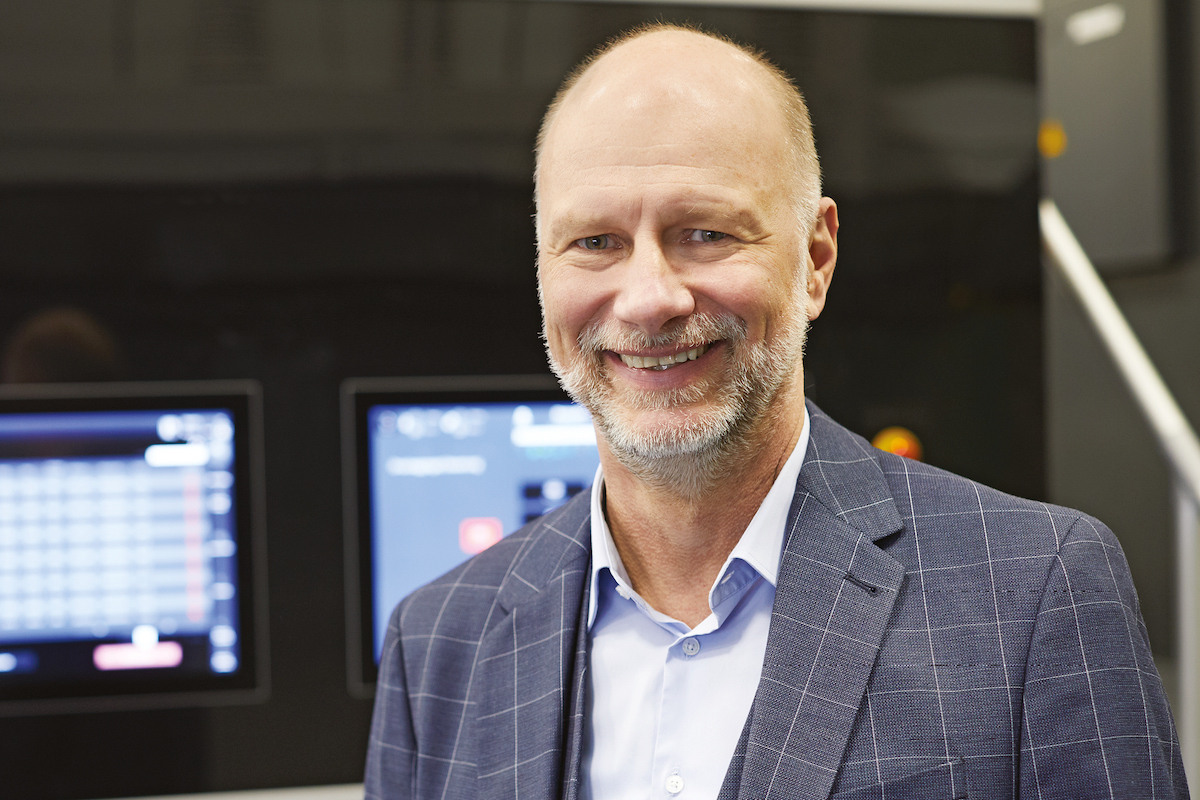 Walk into a shop at the mall and take note of the colourful interior. You may see walls that look like they are lined with wood or granite, a counter with a pixelated surface, a set of shelves covered in a paisley pattern. Chances are these surfaces are coated in paper printed by Interprint – the global leader in digital printing for interior decor.

It would be easy to take these decorative surfaces for granted, but according to Interprint COO Robert Bierfreund, the availability of these surfaces is the result of decades of innovation.

“Our decor industry used to be dominated by rotogravure printing. This analog process was affordable, but it required massive batch orders, which limited customers’ flexibility in choosing designs,” Robert says.

Another problem with the traditional technologies was that they eventually became affordable to Interprint’s customers, disrupting the company’s business. “Whenever a customer buys their own machine, they’re not buying paper from us,” Robert says.

“Our relationship with our customers has had to change, and we’ve had to improve our offering in order to remain a leader in our industry. That’s why we decided over the past couple of years to focus on design and become a leader in digital printing technology.”

This strategic switch from analog to digital relies on the advent of a new technology: industrial digital single-pass printing. On the market since 2013, this new type of machine eliminates waste and allows for the production of smaller batches and a greater variety of designs.

The only problem is that each machine is remarkably expensive; Interprint’s entire strategy, including three machines, has required an investment of €30 million. At first, the shareholders supported the decision, against internal resistance. 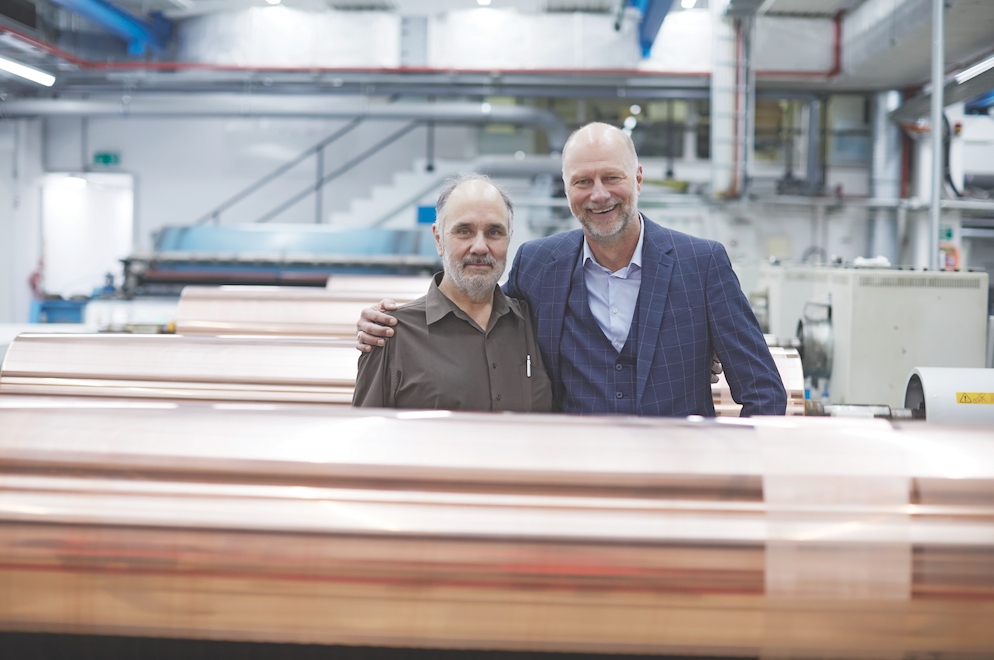 “It was clear from the beginning that the digital world is our salvation, and it is in our hands to prove it,” Robert says.

The proudest achievement in my career had nothing to do with technology; it had to do with people.

“The higher production cost may not be an advantage, but once the technology is established, it’s clear that ink costs and machine times go down. It’s more environmentally friendly, and the small batch sizes have caught the attention of architects and designers. What began as a small snowball of an idea has grown into an avalanche of interest that is carrying us into the digital world.”

Despite Robert’s success in guiding Interprint’s staff and shareholders into the future over the past few years, he insists that it is not the result of any particular expertise in technology.

In fact, the skills he used to rally the company around a risky but ultimately profitable investment were his interpersonal skills, which he gained while settling labour disputes earlier on in his career.

“The proudest achievement in my career had nothing to do with technology; it had to do with people,” he says. It happened in 2008, when Robert was the CEO of a printing company based in Barcelona that was undergoing a restructuring that pitted the management against the workers’ union.

“I had 12 really tough months of discussion and negotiation with unions, workers’ councils and the Spanish authorities. But after these 12 months, the company went from the brink of closing down to becoming open to new changes for development,” Robert recalls. 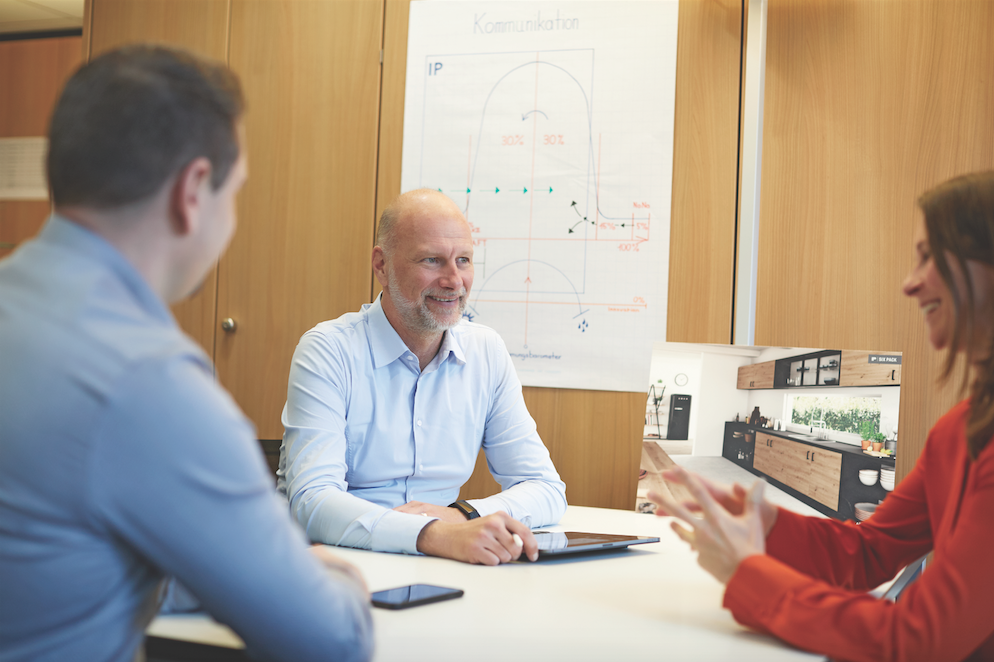 “This was my best achievement. It started as a situation where nobody saw a solution that would satisfy any of the parties; the management, the shareholders and the workers all came in with feelings of resentment and distrust. By bringing people together, I was able to create a new atmosphere and restore faith and prosperity in the business.”

The experience had lasting effects on Robert’s leadership instincts. To this day, he remains constantly attentive to the needs and emotions of the people working with him.

“When I walk into work and say hello to everybody, I take note of any hint that someone might be in a bad mood. If it persists, I like to be proactive and ask, ‘What happened? What needs to change? What can I do?’ There is a movement behind this leadership style that I have come to subscribe to. It’s called conscious leadership,” Robert says.

“It’s important for a leader to be conscious of the world. The world is not only numbers, it’s people, and they need to believe they are moving in the right direction. They need to be assured that they are part of the team and that they also have influence within that team to reach its goals. When the people believe in their company’s story, the profit will come automatically.” 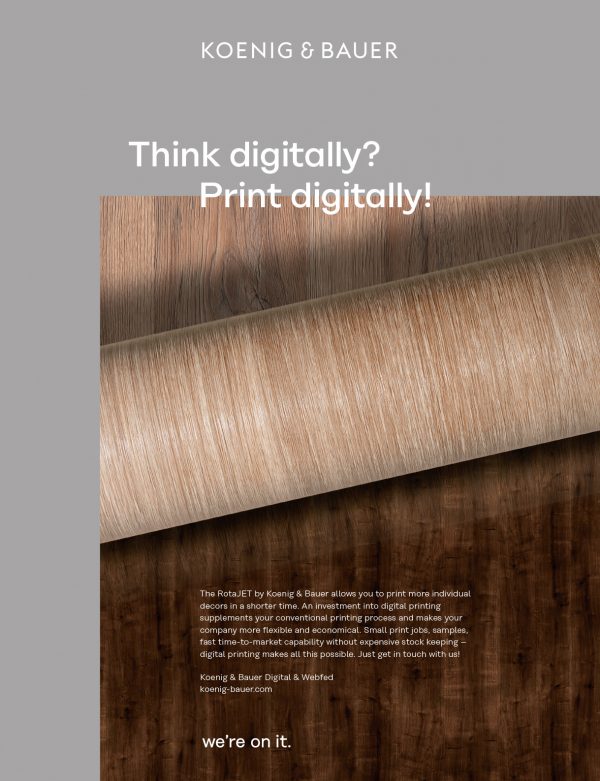