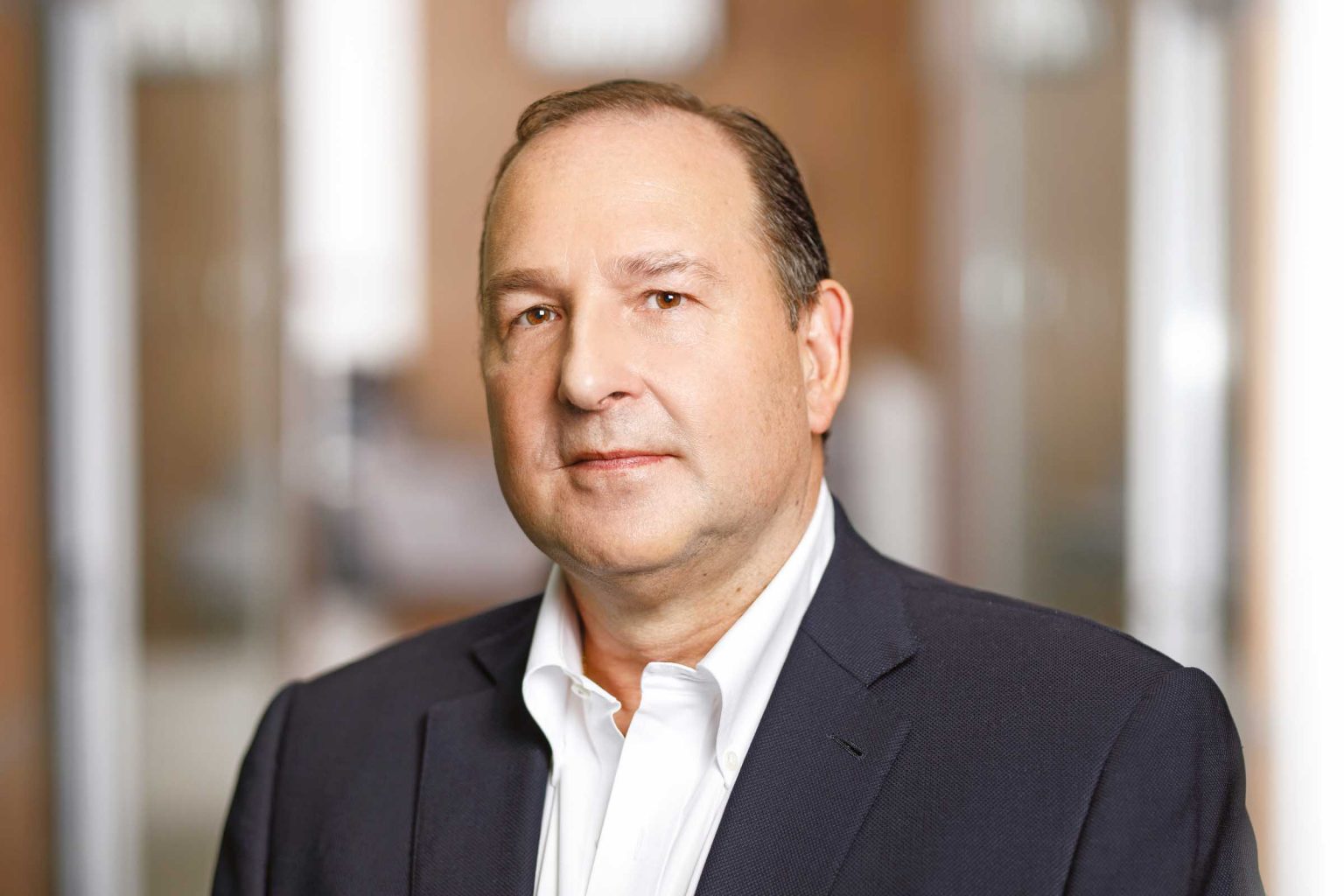 The fall of the Berlin Wall in 1989 and subsequent collapse of the Soviet Union was the most significant political event in the continent since the end of World War II. But as the oppressed Eastern Bloc populations rejoiced at their new-found freedom, attention soon turned to what the new economic potential might be. 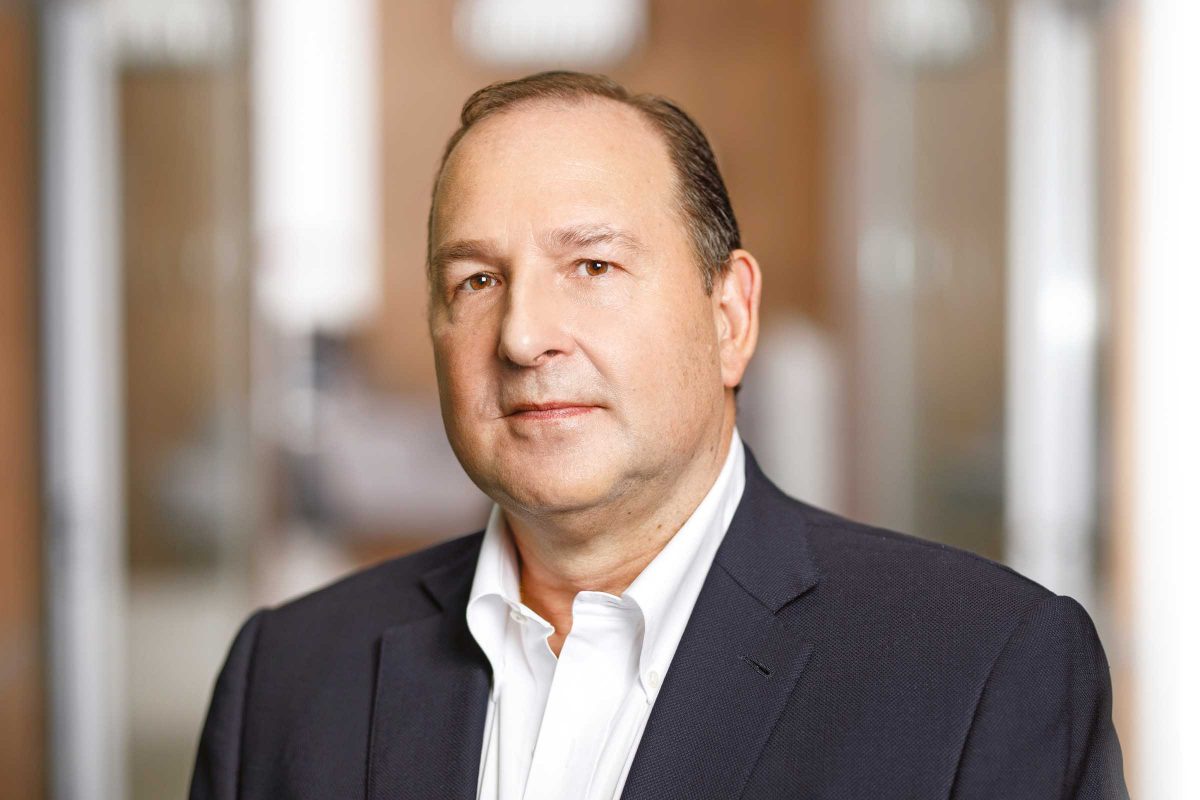 In the small Polish town of Brzesko, nestled on the Uszwica River 50 kilometres east of Krakow, the Giorgi family saw a gap in the market for food cans and an opportunity to invest in Poland, as demand for tinned vegetables was increasing faster than the supply of containers, and communism had done little to drive modern technology.

At first, this modest plant manufactured the traditional tins, made from three pieces of metal: two ends and a cylindrical middle. The business was a great success, but needed funds to modernise. Then, Fred and Peter Giorgi made a decision that would transform the future of CANPACK.

It would be a risk and could jeopardise their investment, but the Giorgi family instinctively knew it would be a smart move. They would help to modernise the three-piece food can business and complement it with a new greenfield site manufacturing two-piece beverage cans made from aluminium.

Cans made of aluminium were hardly new; they’d been available for nearly 40 years but hadn’t yet become nearly as widespread as steel. They did, however, have many advantages: they were lightweight, cheaper, didn’t rust, were easier to mould and had a more attractive appearance. New production machinery was duly installed, and the company never looked back.

The word ‘no’ is not within our culture and our vocabulary.

Today, CANPACK is ultimately owned by Peter Giorgi who, along with his father, made that savvy switch nearly 30 years ago. It is now the fourth-biggest can manufacturer in the world, producing millions every single day with customers in 95 countries, and is at the vanguard of industry innovation.

Its CEO, Roberto Villaquiran, is very complimentary of the legacy and the evolution of the company over the past 26 years. CANPACK employs around 8,000 people, operates facilities in India, the Middle East, Europe and South America, and is the market leader in 10 European countries, as well as in India, Colombia and Morocco.

Last year, it announced plans to open its first US plant in Olyphant, Pennsylvania. At a cost of around US$500 million (€416 million), it will be the largest of its kind in the country when it opens in late 2021, creating more than 510 local jobs. Its second US plant will open in Muncie, Indiana in fourth quarter of 2022.

The US$380 million (€312 million) investment also has the potential to create more than 400 local jobs within two years. Roberto is looking forward to CANPACK being present in the largest can market in the world, where two-thirds of all new liquid packaging is coming to market in aluminium cans, a substrate winning market share due to its printability capabilities, sustainability credentials and ecommerce fit-for-purpose attributes. 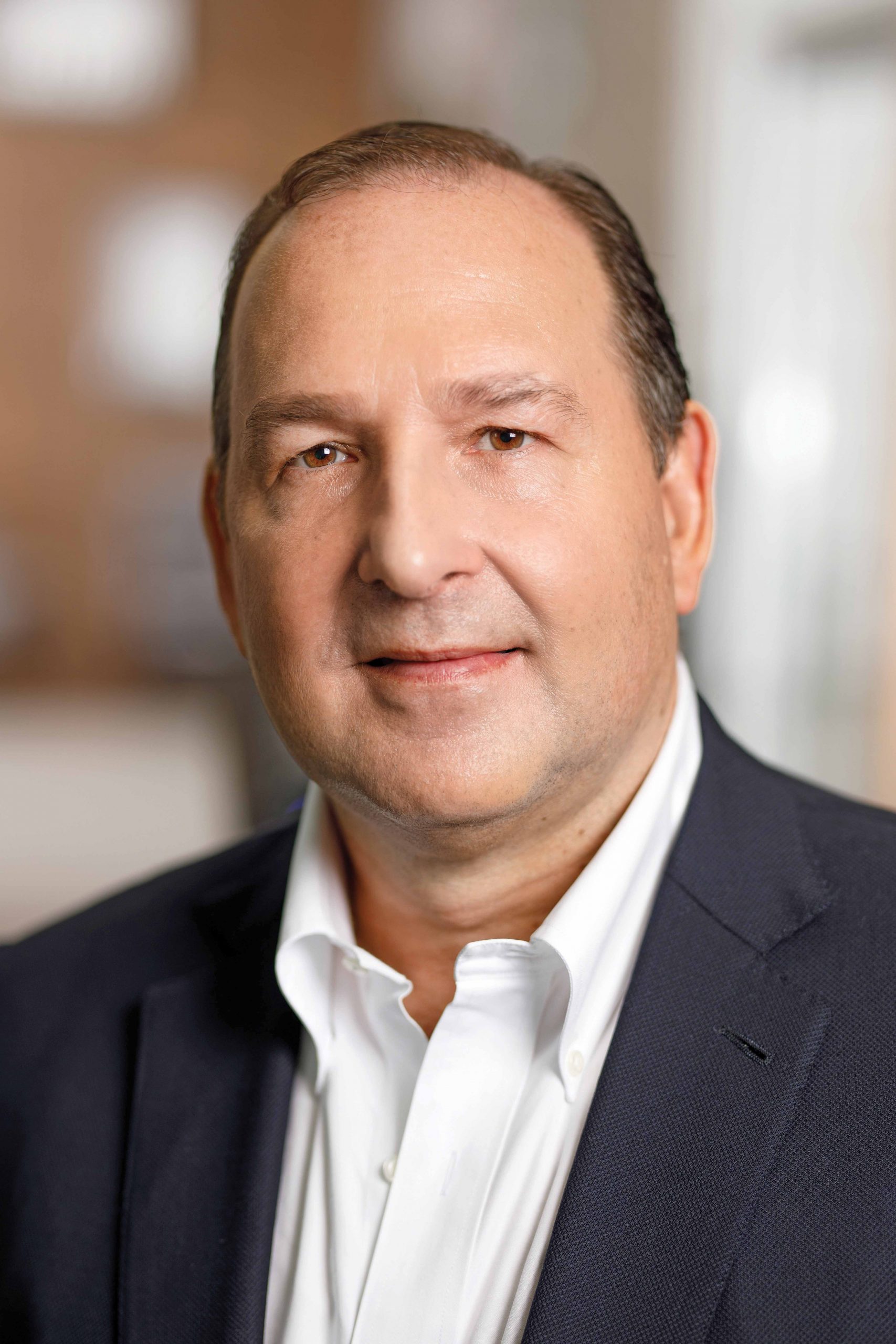 “It’s an exciting and daunting moment for us,” Roberto reveals. “We have had double-digit growth for many years driven by our customers’ recognition of CANPACK’s innovation, speed to market, portfolio and flexibility. We thrive on complexity.”

A good example is Colombia where in 2019, hand in hand with its main partner, the company was able to transform the Colombian aluminium can market. By installing state-of-the-art equipment, coupled with new can sizes and print capabilities, CANPACK enabled its key partner to expand and reposition its multiple different brands.

In just under two years, the market share of beer sold in cans has doubled. Roberto joined CANPACK in 2019 with more than 35 years’ experience in the packaging world, first with Smurfit Kappa and then with Logoplaste, each of these companies with a different route to market. Smurfit Kappa via the acquisition route, Logoplaste a pioneer in the ‘Wall to Wall’ concept, and CANPACK through the greenfield route. 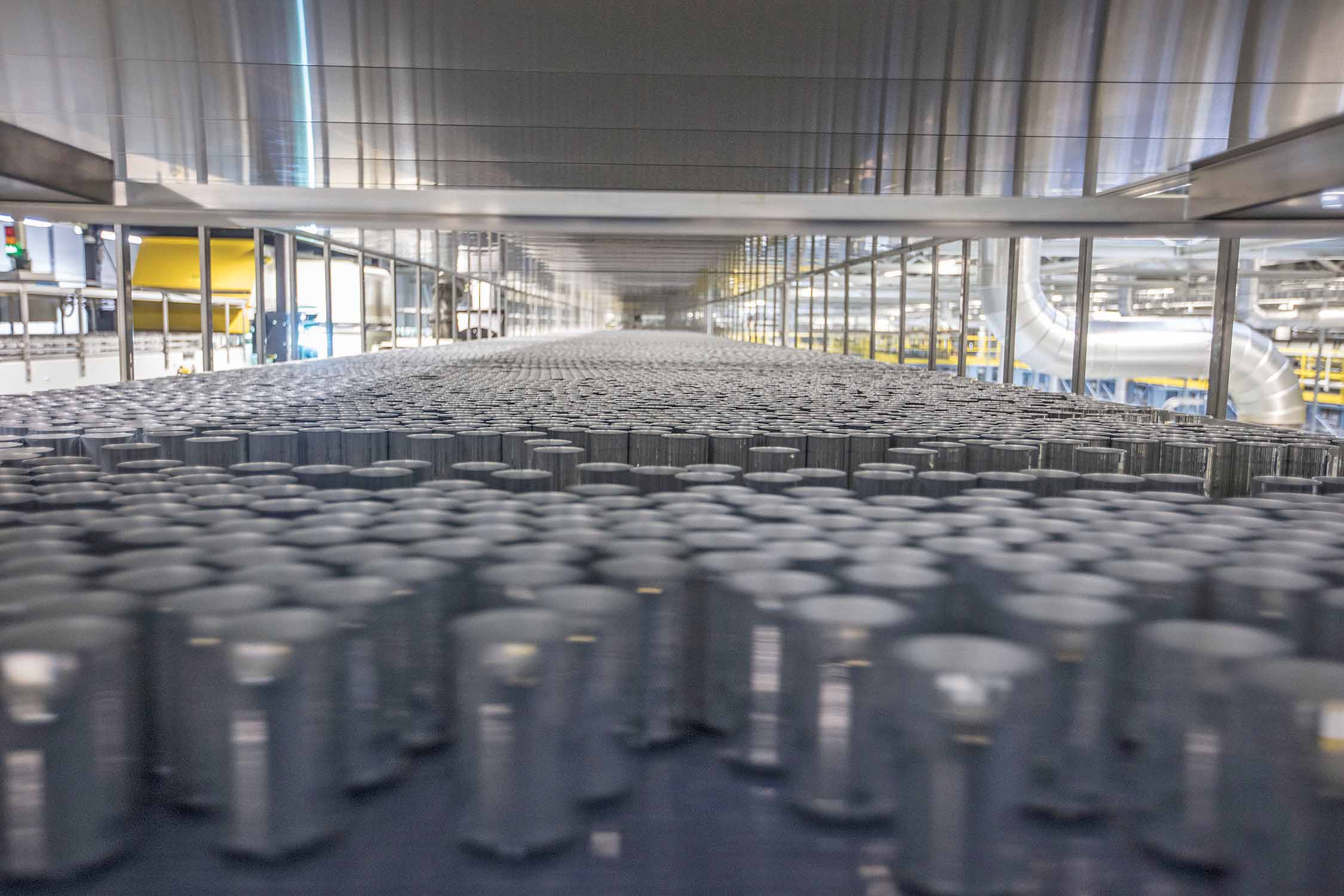 “No matter which route you choose to grow, you have to excel, and the true differentiator lies in the diversity, richness and talent of your teams,” Roberto says.

“At CANPACK we have worked hard to develop our teams. We must be obsessed with quality and never become arrogant. We must enable our customers to excel and win in the marketplace, as their growth is our growth. We must listen, be customer focused and act fast.

“I know every CEO says, ‘It’s all about the culture and the people,’ but not all of them walk the talk. The engagement of every employee is critical for our success. We must all be aligned in our vision and strategy, and you can only ever achieve this by over-communicating.

“We are working very hard to ensure that everyone, at all levels in the organisation, understands that their contribution counts. With this comes pride and in the end, the success of the company.”

Roberto stresses that another key to success lies in eliminating bureaucracy. “You must be humble and hungry. We must be ready to make fast decisions should the opportunity arise,” he insists. “If a customer rings, we must be ready to listen. We only have one chance, as opportunities come to pass, and we cannot pause. If the opportunity is right, we can have a new greenfield operation up and running within 18 months.”

For CANPACK, greenfields are nothing new, as they have been building them for the past 20 years. “The word ‘no’ is not within our culture and our vocabulary. I believe that our attitude and speed is core to our success, a culture possible due to our private nature,” Roberto adds. 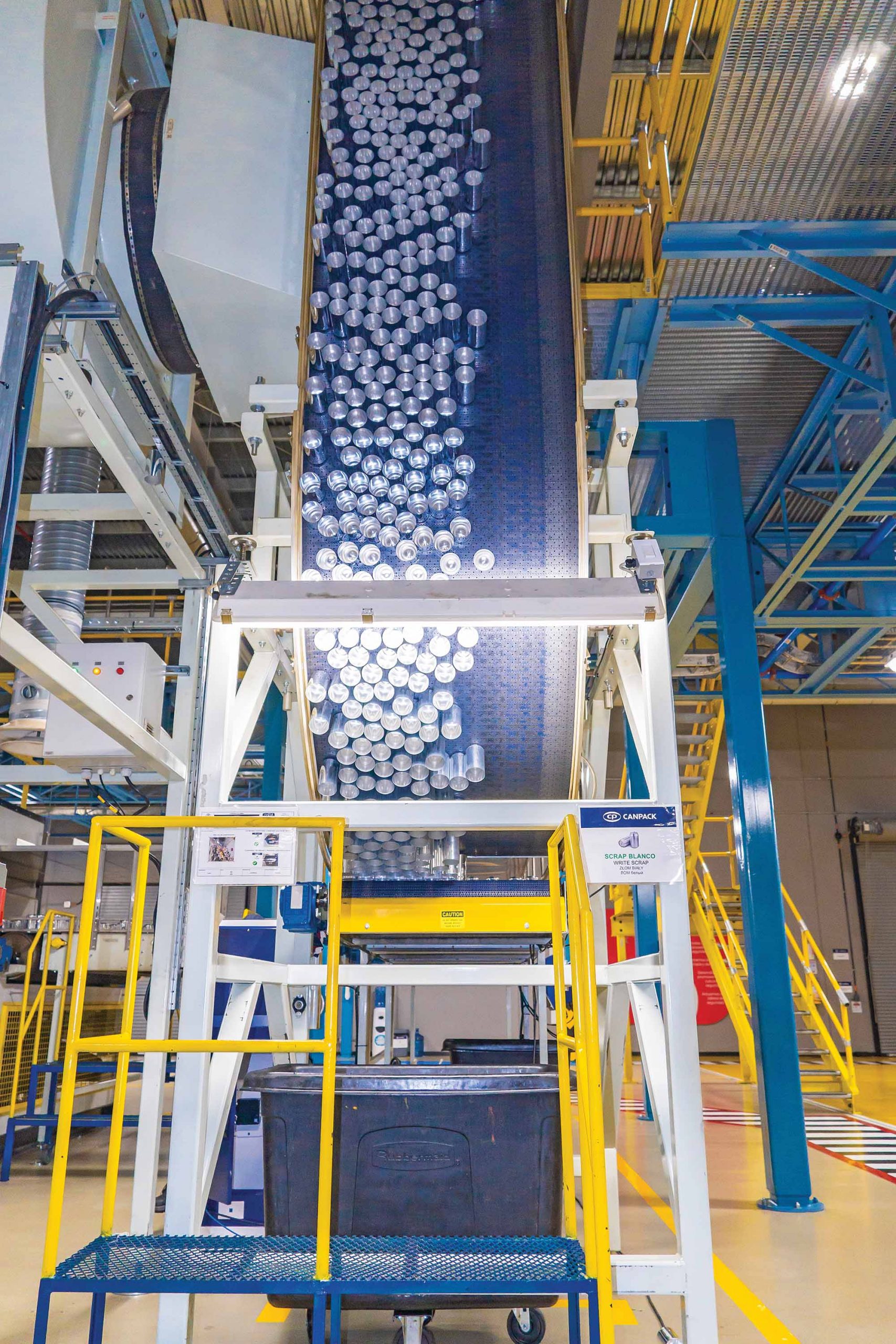 CANPACK’s vision is to ‘redefine what’s possible with packaging’. Last year, it issued a dual-tranche US$1.1 billion (€908 million) high-yield bond to repay its Polish bonds and to fund its expansion into North America. “We were very pleased with the positive support from the financial market as it recognised CANPACK’s key success factors,” the CEO points out.

Another area where the company has made a step forward is in sustainability. “Companies that will excel will be those that have sustainability at the centre of their decision-making,” Roberto predicts.

“Over the past two years, we have introduced our three sustainability pillars, published the company’s first report on sustainability, reconfirmed our commitment to the 10 principles of the United Nations Global Compact, and have set clear targets in energy, thermal and water consumption, waste generation and recycling.

“Our chairman Peter Giorgi’s vision is ‘to always do what’s right for our people, our customers, the environment and the communities we’re in’. If you get a chance to work somewhere like this, you are blessed.”