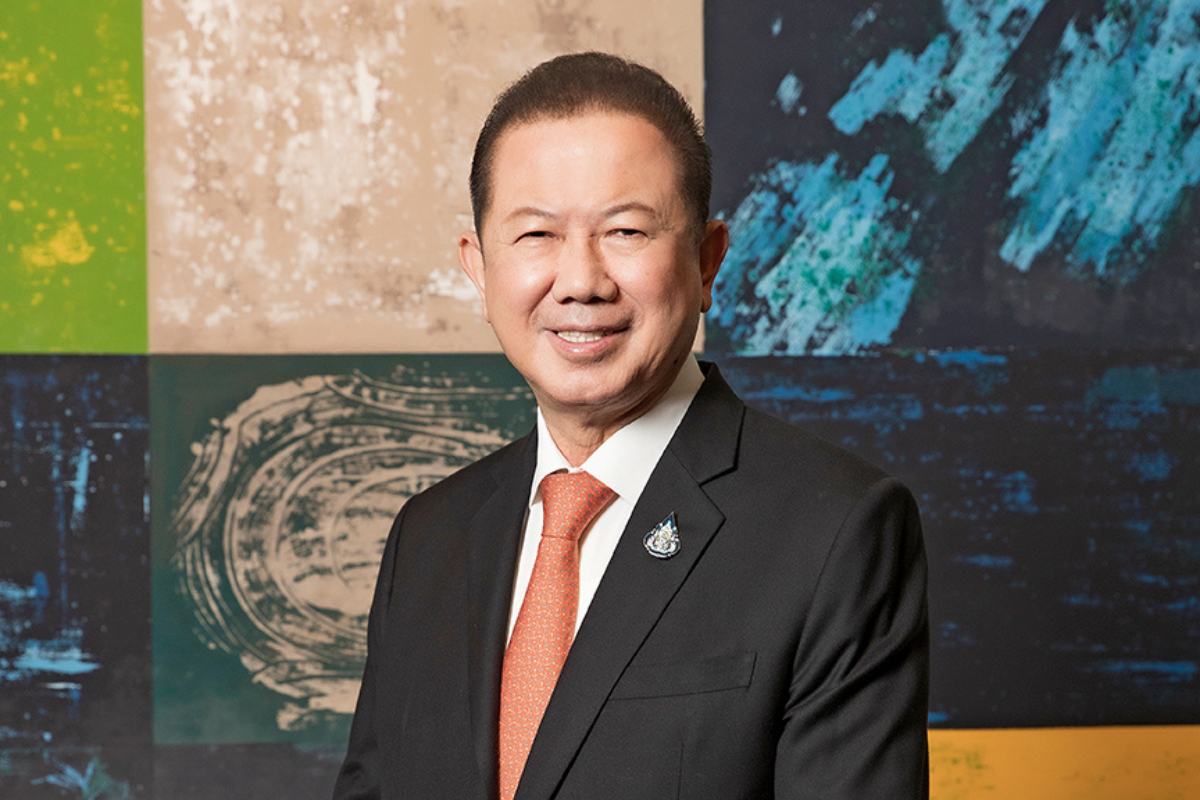 Not often do seasoned executives suggest that they hire young people to learn from them. But Sanan Angubolkul is happy to concede that clever young people are the way forward for Srithai Superware, the company he presides over. “I believe that capable young people who work for me make me cleverer,” he tells The CEO Magazine.

“We like to be really flexible and work with young people. That is why I was the Chair of Young President’s Organization (YPO) Thailand Chapter and YPO Asia-Australia-Pacific Area Vice President.”

When you have a talented group like ours, if young staff feel they don’t have anything they can learn, they might just leave.

It is now the largest manufacturer of melamine products in the world, and exports a vast range of products to 110 countries. In 2020, Srithai Superware split off its melamine business to Korat Thai Tech, a wholly owned subsidiary.

Since August last year, Srithai has focused on plastic products, while Korat Thai Tech has concentrated on melamine products. The company’s products reach across the spectrum of plastic products for food and beverages, rigid packaging, materials handling, waste containers and bins, tableware, lifestyle products, and commercial products for restaurants, hotels, offices and factories.

The company’s phenomenal growth over three decades can be measured by Sanan’s rise through the ranks to Chair and President. His leadership and vision for the company during that time, and his intimate understanding of the plastics industry, drove the company’s diversification into new markets and product ideas, giving it its leading role in the global market. “I consider myself an entrepreneur,” Sanan says. 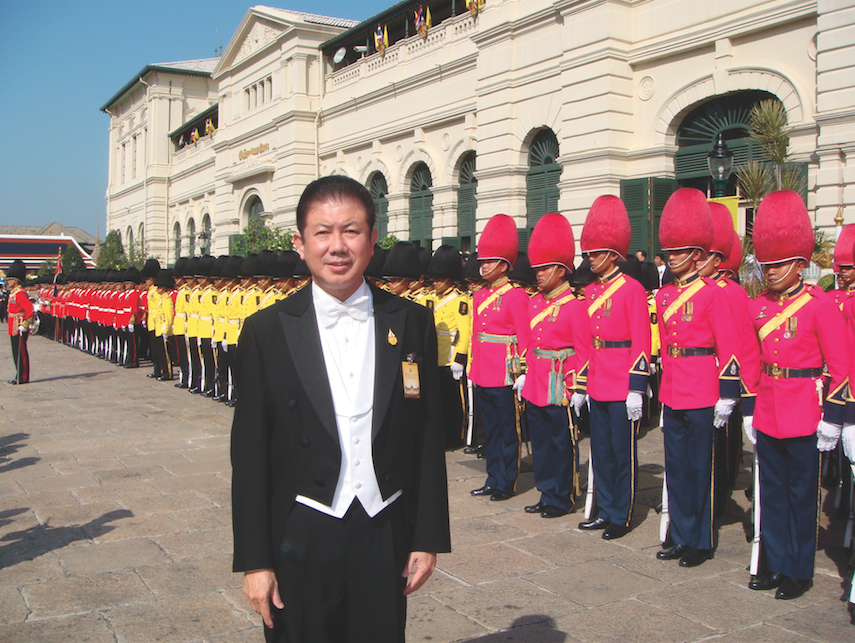 “I was employed by Srithai Superware, and then, because of the economic crisis about 20 years ago in Asia, I bought back shares from our creditors, so I became the major shareholder of the company. So I think I am now the captain of the company. Today, rather than supervising the day-to-day work of our people – that’s not my role anymore – I’m acting rather like a mentor to our executive team. They call me ‘team leader’.”

Sanan’s vast experience played a central role in the company’s quick response to the COVID-19 pandemic. To guide the company through the pandemic, Sanan’s aim was to control costs and improve processes rather than attempt to boost sales and profits.

The company had to stop work at its melamine factory in Nakhon Ratchasima province for three months, and its Bang Pu factory was closed for a fortnight. It was an effective strategy and proved to be an opportunity for the company to streamline operations. “I think COVID-19 is a crisis for us all,” Sanan says. 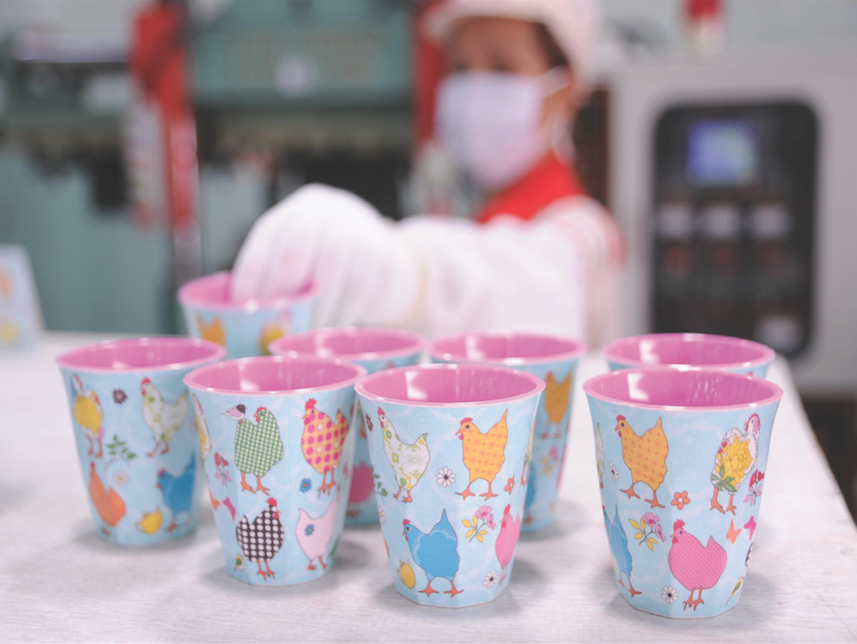 “My executive management team and I set up a COVID committee. We made a very clear statement to our staff, and also our stakeholders that, from now on, health and safety are first, and business is second. But I have to believe that it’s an opportunity for Srithai Superware, because we had time to look inside and then improve our cash flow, reduce our raw material stocks and improve our supply chains.”

Global concern for the proliferation of plastic in the environment has long been a driver of Sanan’s efforts to set a global example at Srithai Superware. In early 2020, the company coordinated with JBP International to recycle plastic by manufacturing 100% recyclable plastic paint buckets from used buckets returned by customers. 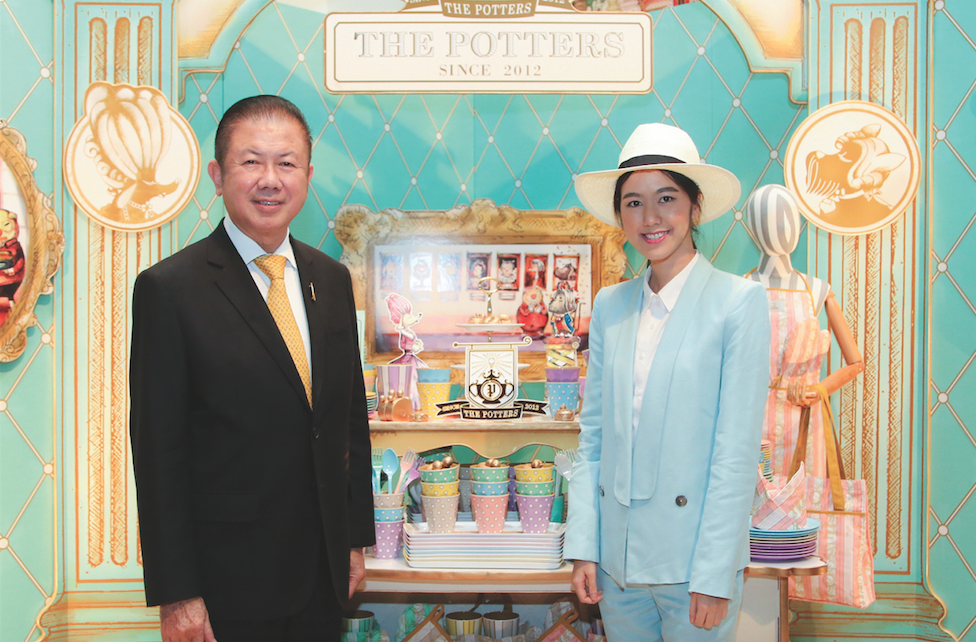 “We have been recycling plastic products for more than two decades,” Sanan says. “Plastic is everywhere; being practical, you cannot avoid using plastic. With injection plastics, we always recycle in-house. We even purchase appropriate material and scrap from outsiders to mix with our virgin material.

“We make crates for soft drink companies and, after they are used, a lot of them are broken, so we have a commitment to buy back every broken crate. But for melamine, it’s very difficult to recycle all the material. We try to collect it and then create more products mixed with scrap material. We are cooperating with our key customers and suppliers to apply a circular economic concept.”

As “team leader”, Sanan is well aware of the need to ensure there is a solid succession plan in place as older managers and staff move on or retire. That includes himself. “It’s easy to attract talented people to join us, and that’s what we’ve done. We make the company a learning organisation. When you have a talented group like ours, if young staff feel they don’t have anything they can learn, they might just leave,” he points out.

Sanan has established a mentorship program through which he can share his experience, and his predilection for networking also pays dividends for young employees. “I get the right people with the right knowledge,” he says.

“I think they are much smarter and more capable in many areas than I am, and that makes the business complete. We also enjoy networking and contributing to the general community. They know the networks I have, which are in the public and private sectors, and even in diplomatic circles.”

“I understand the benefits to employees of growing with the company. I think of myself as a lifelong learner; that’s why I trust young people, especially as the world is changing really fast,” he says.

“Our management team is like a hybrid – the older generation who worked for me for more than 40 years can attract young talent. In this way, we have transformed the culture of the company. I want to make sure it is going to be a sustainable business.” 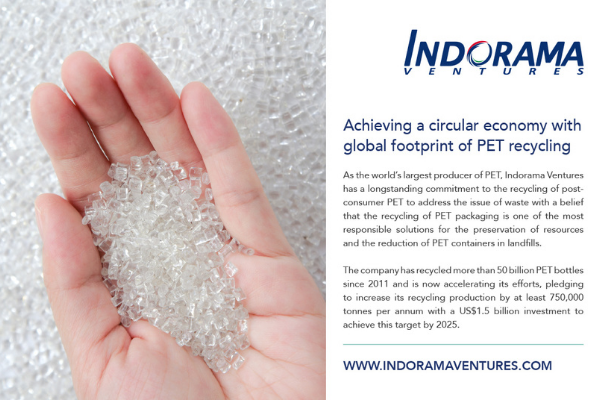