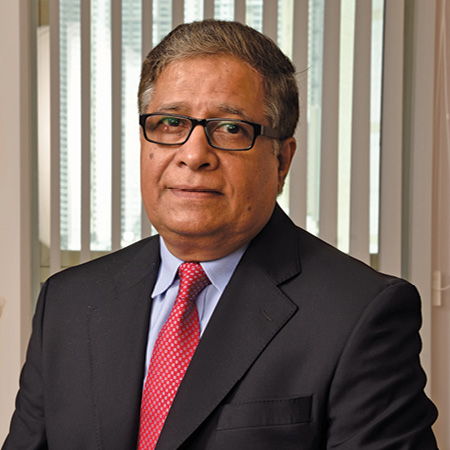 When Sanjay Johri joined Voltas Limited as Head of Strategy in 2004, the room air conditioning part of the business was struggling, having made a loss 12 years running. His solution was one that not only solved a business problem, but also positioned the company as a thought leader and changed the whole perception of it in its Indian homeland. As Sanjay says, understanding the customers was the key, and when he started with the company he sought to find out: why consumers weren’t buying air-conditioning, why the industry was in the doldrums, why Voltas was number 6 in terms of market share, and why the company was losing money.

“We found that there are two reasons why people don’t choose air conditioning: affordability of the air conditioner itself; and also the running cost, or the cost of electricity,” he explains. “That’s why there is such low penetration of air conditioning in India. Compared to a country like China — which sells 35 million air conditioners to homes every year — India only sells 4 million. As living standards and affordability go up, this will increase significantly.”

With a better understanding of its consumers, Voltas’ turnaround came through product differentiation, namely the introduction of energy-efficient air conditioners, even before the government had introduced energy efficiency norms. “The entire industry was in some degree of difficulty because the market was small and there were several companies competing with each other,” he says. “Margins were low. Nevertheless we took this as an opportunity; we developed new energy efficient air conditioners and priced them a little higher than the normal air conditioners. This actually became our USP, and in 2007 — the first year of introduction — sales went up by almost 40%.”

That was the turning point for Voltas, “We said to the consumers that you save money and the nation saves power; that was our advertising slogan. I think it’s also socially responsible that we are promoting energy conservation in India,” explains Sanjay. “The solution — being the pioneers in energy efficiency — actually gave us the required fillip.”

Thereafter, from time to time, Voltas has taken the lead in launching innovative products and solutions. In 2010, it launched its ‘Sensible Cooling’ program, which provided general guidance to consumers about energy conservation. In 2012, came the ‘All Weather ACs’: machines that cool in summer, de-humidify in the wet monsoon season, and provide heating in winter; and in 2016 it introduced its ‘All Star’ inverter air conditioner range.

“In the minds of the customers, we are an Indian company that understands air conditioning and therefore brings innovative solutions suited to their requirements; including saving money and cooling efficiently,” says Sanjay.

I think it’s also socially responsible that we are promoting energy conservation in India.

Today the Voltas brand is available across many cities and in various retail stores; from multi-product, multi-brand outlets to small single product air conditioning outlets. The product range is very wide, including products with different colours, shapes and energy efficiency levels, and the company is backed by a decent customer service chain of franchises that span across the country to take care of customer requirements. As Sanjay says, this is what makes Voltas the market leader, ahead of all the multinationals from Korea, Japan, China and the West, with a market share in excess of 20%.

If these solutions have been innovative, then the measures of success are largely traditional, but with a greater focus on customer satisfaction. “As in every other company the ultimate measures are sales growth, market share, revenue growth, profitability and management of working capital. These are the universal measures which we apply across all industries and all businesses. But there are many intermediate measures also, like brand recall, brand equity and customer satisfaction.”

Mainly due to its customer-centric approaches, the company grew its revenue by 13% in the April to June 2016 quarter, which was high in a tough economic climate; and its profits have grown much faster. Quite rightly, the employees of Voltas are proud of the company’s success in their own country, a success that Sanjay points out is based on integrity. “We don’t cut corners, and we give back to the community. These are the intrinsic qualities of our company. We act in a straightforward manner, treat our employees decently, and we do the right thing with the communities surrounding us.”

This integrity stretches beyond employees and consumers to partners as well. Despite becoming more global with its supply chain, there are some partners that have been with Voltas for over 50 years, such as the textile machinery business, Lakshmi Machine Works. In Sanjay’s words, “They trust us with their entire sales and service, which is a business of 2,000-odd crores worth of machinery being supplied through us.”

For Voltas, along with its core business of air conditioning, the other big area showing promise is water. “With the droughts and shortages of water in India, the water treatment business is going to become very big in the future,” says Sanjay. Voltas is already investing in new water treatment technology and project management solutions; however, with legislation on water tariffs and pollution in its infancy, and broader political challenges to overcome, this is a business that will come to fruition in the long term.

The ‘complete solution’ engineering part of its business also continues to thrive. Voltas’ projects division has worked on completing MEP (Mechanical Electrical and Plumbing) jobs on prestigious projects including the Burj Khalifa Tower in Dubai — which, at 800 metres high, is the world’s tallest building — which took five years to build; hotels in Oman; and malls, hospitals and stadiums in Qatar ahead of the 2022 World Cup. Back home in India, Voltas has worked on several prestigious projects like the Kolkata and Chennai Airports, the Delhi and Chennai metro stations, rural electrification in Madhya Pradesh, and the Tata Steel Plant at Kalinganagar. These projects link air conditioning, water treatment, plumbing, electrical work, irrigation and landscaping — a one-stop-shop of engineering services and solutions.

Survival of the fittest

Both globally and in India, Sanjay sees massive opportunities ahead for all of the business’s interests. “There is opportunity ahead, and challenges, and the fittest will survive,” he states. And with Voltas’ strong history of innovation and integrity, it is certainly looking like the company will be up there as one of the fittest. 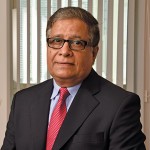