Satish Kumar Kashyup, General Manager of Chittaranjan Locomotive Works (CLW), has the utmost belief in what his company produces. “Our locomotives are absolutely world-class in terms of the technology, especially the propulsion technology,” he says. As the world’s largest locomotive manufacturer – the company appears in Limca Book of Records for producing 431 locomotives in 2019–20 – looks to increase production, Satish is hoping more people will attest to this statement.

At the peak of COVID-19 restrictions in 2020, CLW could build just 135 locomotives in the first half of the 2020-2021 financial year. Bouncing back strongly in the second half of that financial year, the company made 255 locomotives in just six months, surpassing all earlier records and achieving its target when it manufactured 390 electric locomotives in only 264 working days. This could be a sign of things to come from Satish and his 10,000-strong workforce.

“Short-term, we are ramping up production capacity to about 500,” he says. CLW was set up in 1950 and started making steam locomotives from its base in West Bengal. It moved to electric-powered trains in the early 1960s and is now part of an elite group of global manufacturers making high-powered locomotives of 9,000 horsepower.

CLW is unique in India in another way too. It has its own ‘township’, which includes worker colonies, community and health centres, schools, playgrounds and parks. The working community is considered one of the best of its kind in India, while its conservation efforts have been recognised by the World Environment Foundation. “Basically it’s a city in itself, and we maintain it.

And we have several layers. It’s a big environmental set-up and ecosystem out here and shows how a product unit can work in harmony with nature. I have taken a lot of initiative in how to preserve nature, cleaning the area and the lakes. Our lakes are home to many migratory and local birds, and we have a lot of hills and forests,” Satish says proudly. The township is an important part of CLW’s employee proposition, offering a benefit few companies can match.

Our locomotives are absolutely world-class in terms of the technology, especially the propulsion technology.

“They have no worries in terms of where they live, about the schooling of their children and also how they get to their workplace,” he says. “So they are happy to work.” In fact, he refers to his 10,000 employees as “a very big family”, and says that “the biggest challenge is to connect with those people, because they are a huge asset”. Building a long-term relationship with his staff has been one of Satish’s main objectives since he took over the General Manager role, along with raising productivity, bringing down costs and streamlining processes with vendors.

Satish is proud of the locomotives his company makes and compares them to those produced in Europe. “We use world-class IGBT-based state-of-the-art technology. And the locomotives we make are absolutely of the same reliability as what is being produced worldwide, but we produce them at a lower cost,” he reveals. In fact, costs are the second area he wants to focus on as production ramps up. 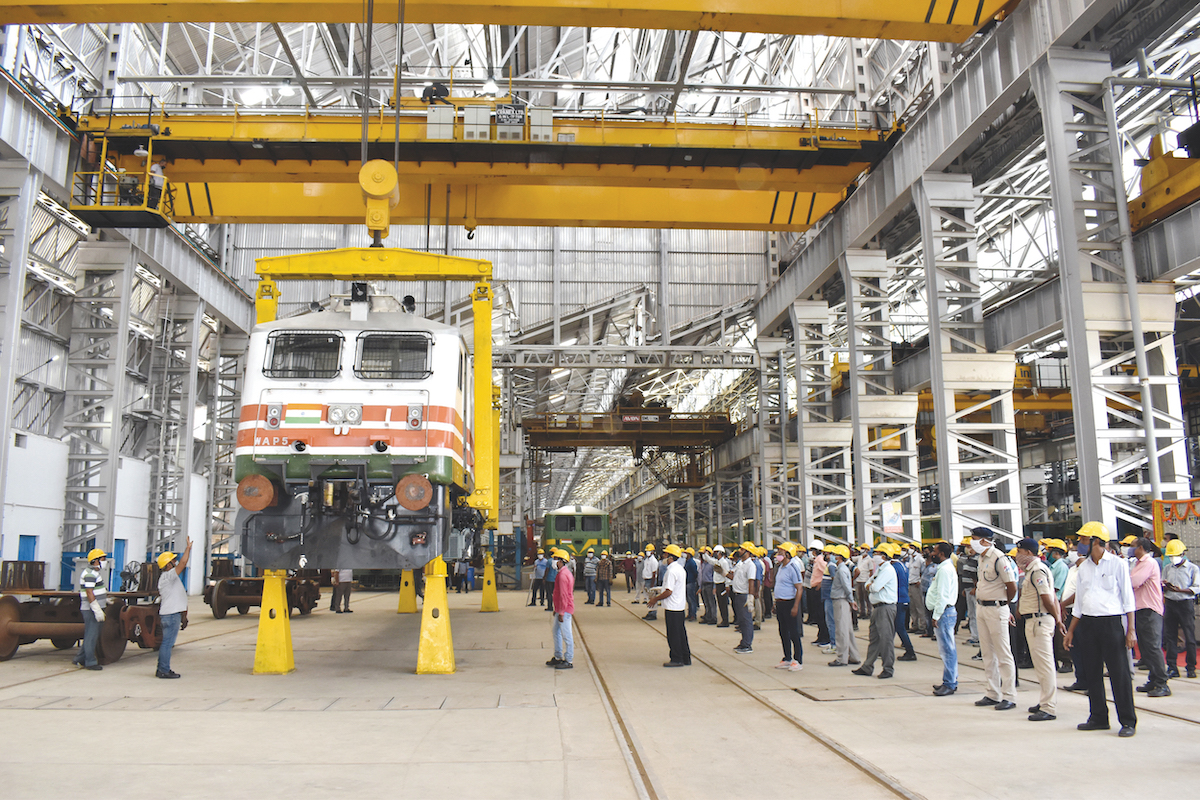 “My idea is that we reduce manpower. I’ll get the outcome with less manpower. So that is one area where costs will come down while productivity will go up,” Satish explains. Another item on his to-do list is quality. While CLW’s locomotives are competitive in terms of costs, Satish wants to improve their quality. “I’m just starting on the look and finish of the inside of the cab layout. If you look at a European locomotive, that cab looks very classy and very comfortable,” he points out.

“This is one area I would like to take up, improving the aesthetics of the locomotives.” Satish knows a thing or two about trains and railways, having risen to become the Director General of the India Railway Institute of Electrical Engineering, and also playing a prominent role in various electrical construction projects in railways and at Delhi Metro Rail Corporation. He has also worked as Divisional Railway Manager Varanasi.

“Being in Indian railways, I had the opportunity to work in the ministry, PSU, even in the different production units. I have worked in maintenance and in operations too. So I have had a mixed experience of different organisations and set-ups,” he says.

This broad experience has helped Satish navigate the complex world of material management and vendors, of which CLW has a pool of about 1,200. Its pool of approved vendors is selected through a “very rigorous process of quality control to establish their capabilities”. One of the benefits of being a CLW vendor is the bulk orders they get, which is backed by the Indian government.

“Most of the vendors have been associated with us for around 20 years. This has evolved into a very unique concept of partnership.” These longstanding relationships will be vital for Satish and his team as they push full speed ahead with ambitious growth plans for CLW. 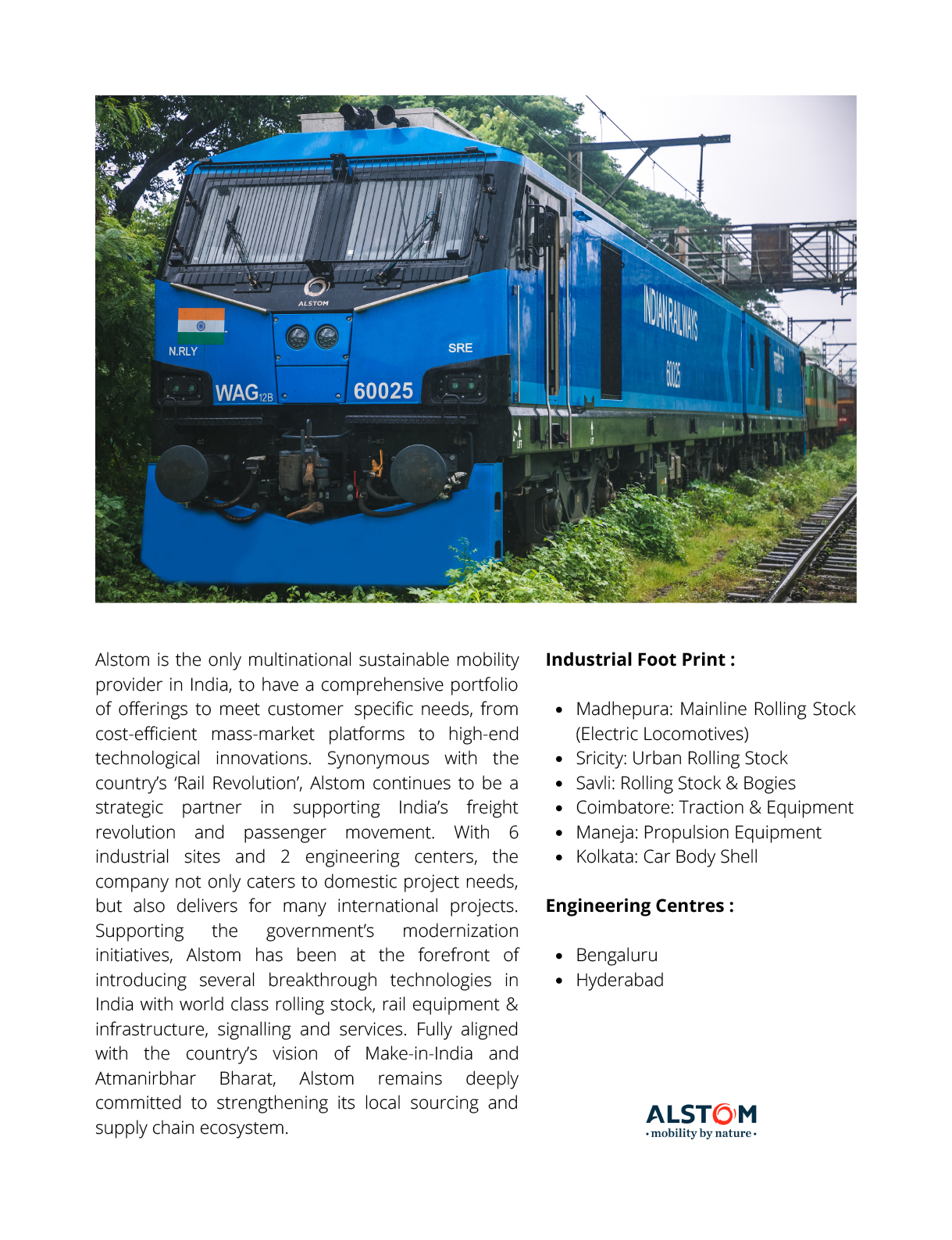