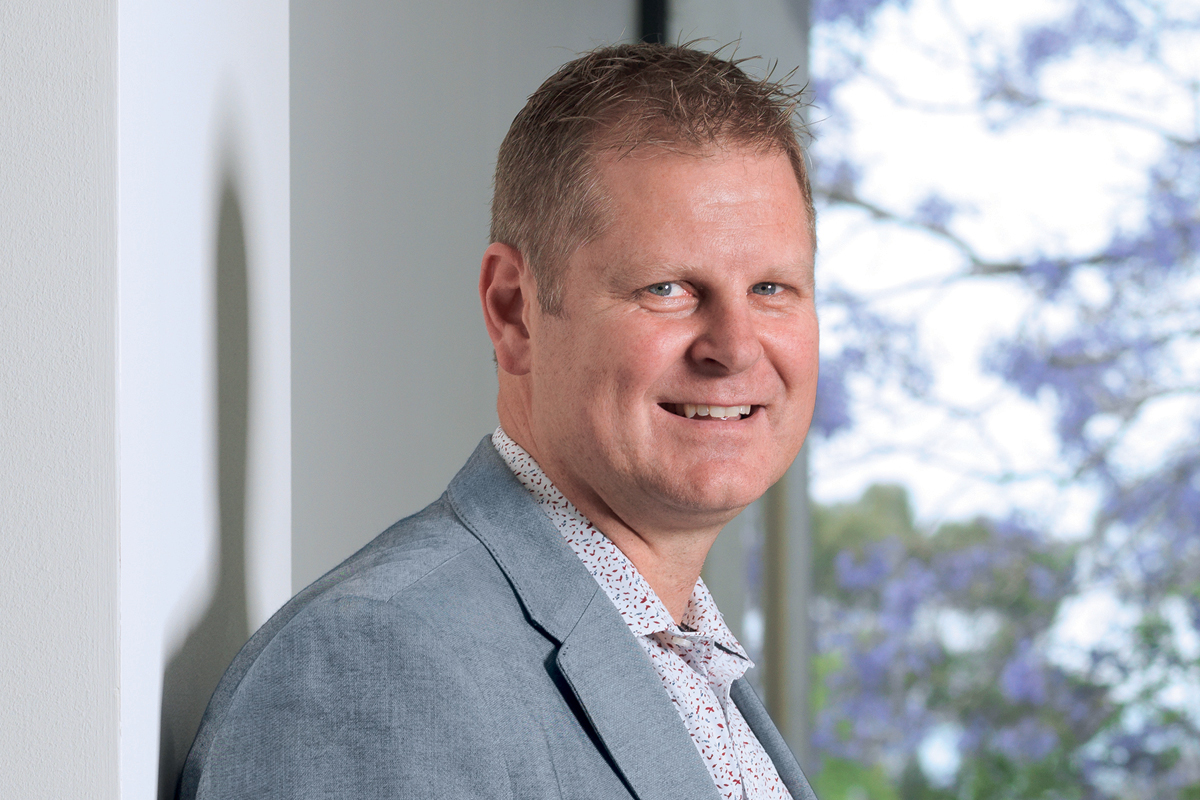 For a small, local Australian company to go from nothing to the number two industry position in the US, all within six years, is not to be sniffed at. But that’s exactly what Riverina Oils & Bio Energy has achieved, all from its fully integrated facility in Wagga Wagga.

The canola oil producer started operations in 2013, founded by entrepreneur DD Saxena. The company was faced with unconvinced investors and economic difficulties at first. Indeed, CEO Scott Whiteman says the company’s survival was initially quite precarious. Nevertheless, he joined the company as CFO, and helped guide Riverina Oils to its present success.

“There was doubt over whether Riverina Oils would eventuate because there were some planning and timing issues,” Scott says. “It was put to me that I could work for this company that was going to construct a new plant in Australia, using all-new technology in the integrated plants, and it was in the growing region so that you didn’t need to transport the canola crops very far. It seemed like a breath of fresh air, and an exciting challenge.”

Before then, Scott had been with Cargill, another canola oil producer, but of a more traditional, established kind; Scott says most canola-crushing assets in Australia were up to 50 years old at the time. Riverina Oils started as the inverse – the archetypal new, smaller player, capable of adapting to the market with agility. Having run Cargill’s Specialty Canola division for a year and a half, Riverina Oils represented a different experience for Scott, and its unique place in the industry means it has been able to achieve international success.

“We saw an opportunity in the US,” Scott recalls. “The US market was craving non-genetically modified canola oil, because the Canadian crop is 95% genetically modified. We saw that there was an opportunity to do that from Australia because it’s the reverse here – 95% non-GM. We were the first in Australia to get accreditation from the Non-GMO Project, and the first to export refined oil to the US. 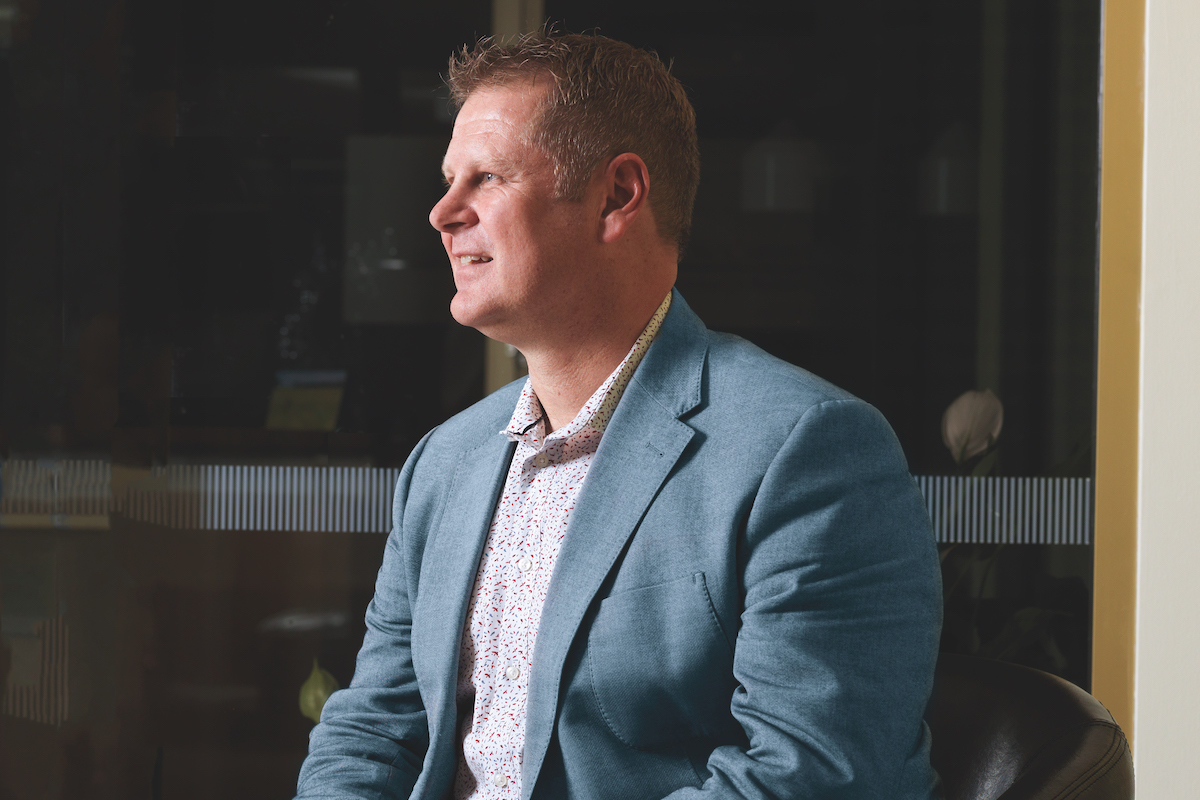 “We now undertake 25% of our production in the US, and that’s only growing. We’ve got a subsidiary set up over there, with offices in Toronto, Canada and California. It’s the same industry, but with a small-business approach to it. Not that we’re a small business here. We’ve got A$170 million in turnover, but the size of the company means it can approach this industry in a nimble and exploratory fashion.”

The company is expanding its reach globally. In the next three years, Scott hopes to double US sales through building up that operation. In India, Riverina Oils is working to not just introduce its brand, but the concept of canola oil itself – it’s not commonly used there. Scott says they have a good foothold, and hope to expand their market share soon.

After his tenure as CFO and right-hand man to DD Saxena, Scott was promoted to CEO in mid-2016, while the founder moved his focus to Riverina Oils’ olive production business. Having learned the ropes under DD’s guidance, Scott took over on a sole basis in July 2018. Learning from the entrepreneur taught him to step up and define the company vision, but equally he places a huge value on autonomy – hiring the right people, giving them sufficient training and then the freedom to succeed.

“Certainly, my role requires that I be totally trustful in my lieutenants, and they are all doing an amazing job, and importantly, enjoying it,” he says. “A fair portion of my day is spent making sure people enjoy their work. There’s a 25% bonus that you get from people who enjoy what they do, so making sure everything’s in equilibrium, and that people enjoy their work and have the flexibility to deal with their personal lives. It’s having that capacity for autonomy in taking projects and driving them forward that has been a key to the transition.

“A fair portion of my day is spent making sure people enjoy their work.” “I went to see Star Wars: Return of the Jedi at the convention centre, with music performed by the Melbourne Symphony Orchestra, and I’ve got to say I feel a bit like the conductor there. Everybody else is doing the work, but it’s my job to make sure we’re focusing on the right priorities, and that people have the skills and the opportunity to enjoy what they’re doing, to get it done the best they can.”

That unifying vision will be essential as Riverina Oils pursues its ambitious plans for expansion and innovation. The oil producer is running numerous domestic and international projects, pursuing innovation and expansion in diverse areas.

In its Wagga Wagga plant, Riverina Oils employs a new process with lower heat, which results in a more nutritious oil with a longer frying life. Riverina Oils now boasts a direct line to a nearby solar plant, and is also trying to substitute natural gas use with a biomass boiler. It may be a nimble, less traditional canola oil producer, as Scott describes, but its ambition is far from limited.

Riverina Oils’ efforts in innovation are paying dividends to partners too. Scott recounts a glowing review from a Chinese partner, whose win of a tender to provide meals for 150,000 students was credited, at least in part, to the quality of the canola oil they used. Domestically, Riverina Oils has partnered with Wagga Wagga icon Ron Crouch Transport to provide a new frying oil solution for pubs, clubs and restaurants in the Riverina, and perhaps well beyond.

For Scott, such efforts are all about passing the benefits down the supply chain, thanks to innovative, efficient and high-quality processes. “Our future is driving that value to our customer,” he asserts. “We spend a bit more time on the process, so that our product is a premium product at a premium price. The customer gets significant value.”