“Trust is a recipe for success.”: Shaun Frayne 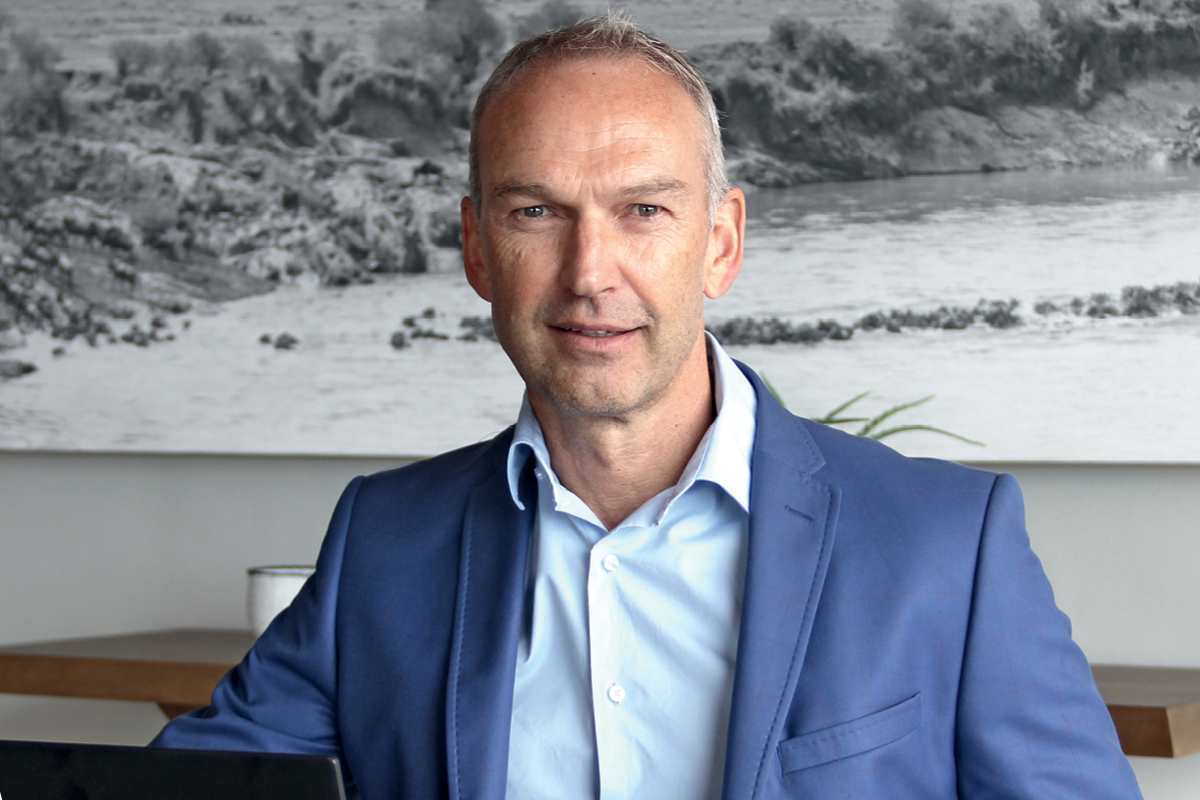 Dormakaba describes itself as a company offering access solutions. Now, at first glance, that could be quite a cryptic explanation for its services, however, delve a little deeper and you discover it’s a company that offers exactly that – access.

From digital/electronic locks to architectural hardware, entrance systems and a lot more, Dormakaba is in the business of providing access to hotels, shops, sporting venues and airports, among others.

Without Dormakaba, there would be no customer access either in or out. Shaun Frayne is Managing Director of Dormakaba South Africa, a role he’s held for a little over 19 years. While he’s now fully engrained in the business and all it stands for, he still remembers what first drew him to the company almost two decades ago.

“When I first started, the business was still very much a German family business that had been running for close to 100 years,” Shaun says. “The product interested me, of course, but it was the ethos of the company and the way it operated that gave me a really positive feeling. I felt like I wouldn’t just be doing a job, but instead that I’d be part of a family environment.”

When Shaun joined the South African business, it was known simply as Dorma. When it merged with Kaba just over four years ago, Dormakaba was born and the business was able to offer more to the customer.

The company is now in 130 countries and offers an ever-expanding portfolio of access solutions. “When we merged with Kaba and became Dormakaba, I saw it as a great opportunity for both me and the business. A lot of the time mergers will fail and there can be a drop in revenue but, for us, it’s been the opposite,” he says.

“I think it’s because we took a very aggressive approach when it came to marketing. We put a lot of energy into getting the new brand out into the world. We wanted people to ask who we were and for them to take the time to discover what we were offering. We also paid attention to what was happening in the industry and spent time listening to the younger generation to learn how to steer the company in the right direction.”

The success of the merger has meant that Shaun has been able to drive the company forward and build on the success of his years in the role. “I’ve spent the past 14 years developing the business into one that doesn’t sell off-theshelf products, instead it focuses on building relationships with key customers,” he says. 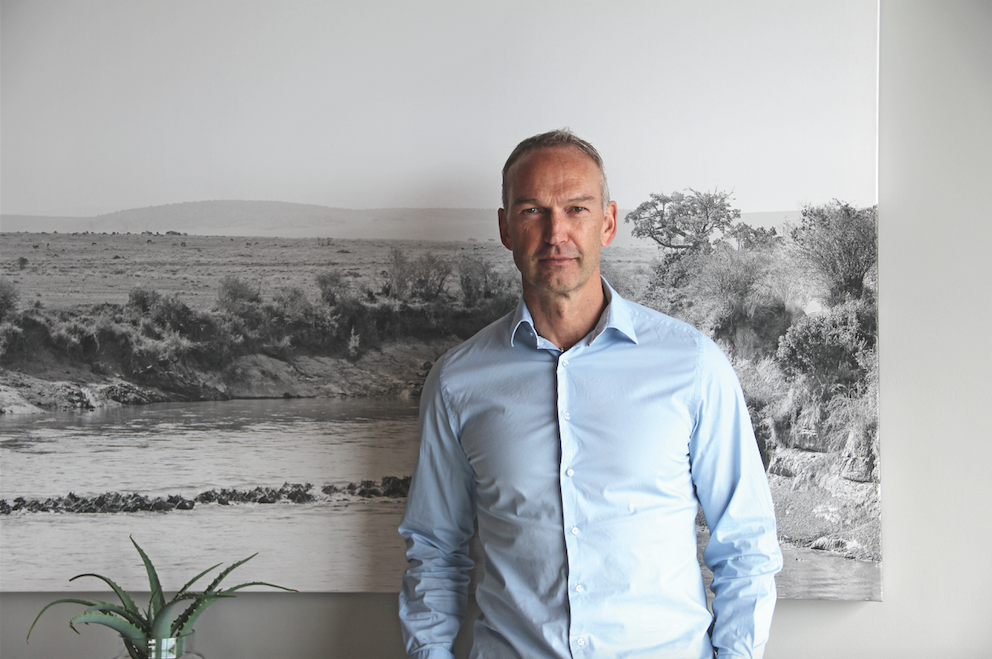 “We don’t just go into the market and simply offer a product at a better price than our competitors. We work instead on almost a consultation basis. This allows us to offer a professional service to our industry and our trades. We talk to the architects, engineers and property developers who are using our product and listen to their feedback. I believe that it’s these ongoing relationships that have allowed us to grow and stand out in the market.”

With its place in the market both well-respected and well-established, Dormakaba is now laser-focused on the future. Much like all other global businesses, Dormakaba is in an industry that’s being disrupted by tech, but it’s adapting well.

How? By investing four per cent of its annual turnover into R&D. “There’s so much happening in both the industry and in the company itself from a digital perspective,” says Shaun.

“A lot of money is being invested into understanding the future of the industry and how global trends can inspire the development of our products. R&D shows us where our future growth lies and helps guide us in the right direction.”

Everything in business is based on trust. It’s one of our core values as an organisation and it’s one that i personally feel very strongly about.

With the company’s long-term strategy both firmly in place and being executed, the focus has turned to more short-term goals. The first being to educate the market. “We operate a little bit differently in Africa to, say, Europe and America and so the business spends a lot of time educating the market around how our products can help,” he explains.

“We have to approach it by thinking of the education side of the business as bringing the market up to our level rather than going down to theirs. It’s a real challenge. It makes it even more important to empower, educate and coach all of our employees to go out there and talk about our products. It works because South Africa is very people-driven, which makes the relationship-building side of business incredibly important.”

Relationship building is something Shaun sees as crucial, whether that’s with external clients or more internally focused like with Dormakaba’s supply chain.

“Everything in business is based on trust. It’s one of our core values as an organisation and it’s one that I personally feel very strongly about. We think about trust whether we’re taking our product out into the African market, dealing with clients or the relationship we have with our employees throughout the supply chain. I believe that relationships are critical within your own organisation. I have a very strong relationship with our operations division, which helps when the business has any emergency or special requirements,” he says.

“I would say that it’s been this internal relationship that’s accounted for well over 70 per cent of our success. I say that because it gives you the support to work through any problems with clients. When a client comes to you with an issue and you can work it out, fix the problem and deliver on your promise, then you are building trust. Again, to me, trust is a recipe for success.”

Shaun is passionate about human interaction and healthy relationships, and he brings these values back into the business whenever he can. As he drives Dormakaba forward as an organisation known for being at the top of its game, he has recognised that its success relies on building a trusting relationship between the customer, the client and the company.

For him, this all comes back to the traditional way of doing business – face-to-face human interaction. “We can talk a lot about digitisation and the product, but we must never forget that people still want to deal with people,” he says.

“Yes, you can do a lot of research on the internet but, ultimately, when you’re dealing with professionals, they still need consultation. They still need a holistic overview of what they’ll be using in their buildings. I do not see a future where Dormakaba isn’t continuing to nurture and build relationships both within the organisation and externally with our customers.” 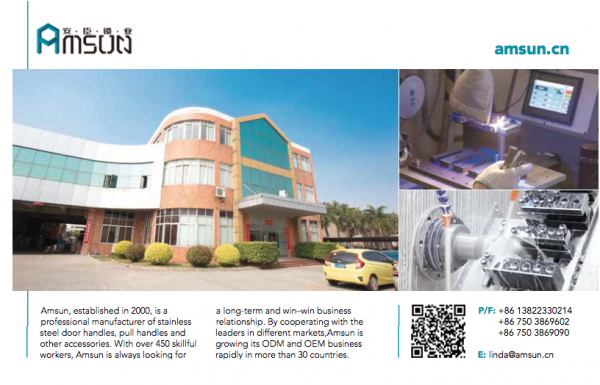