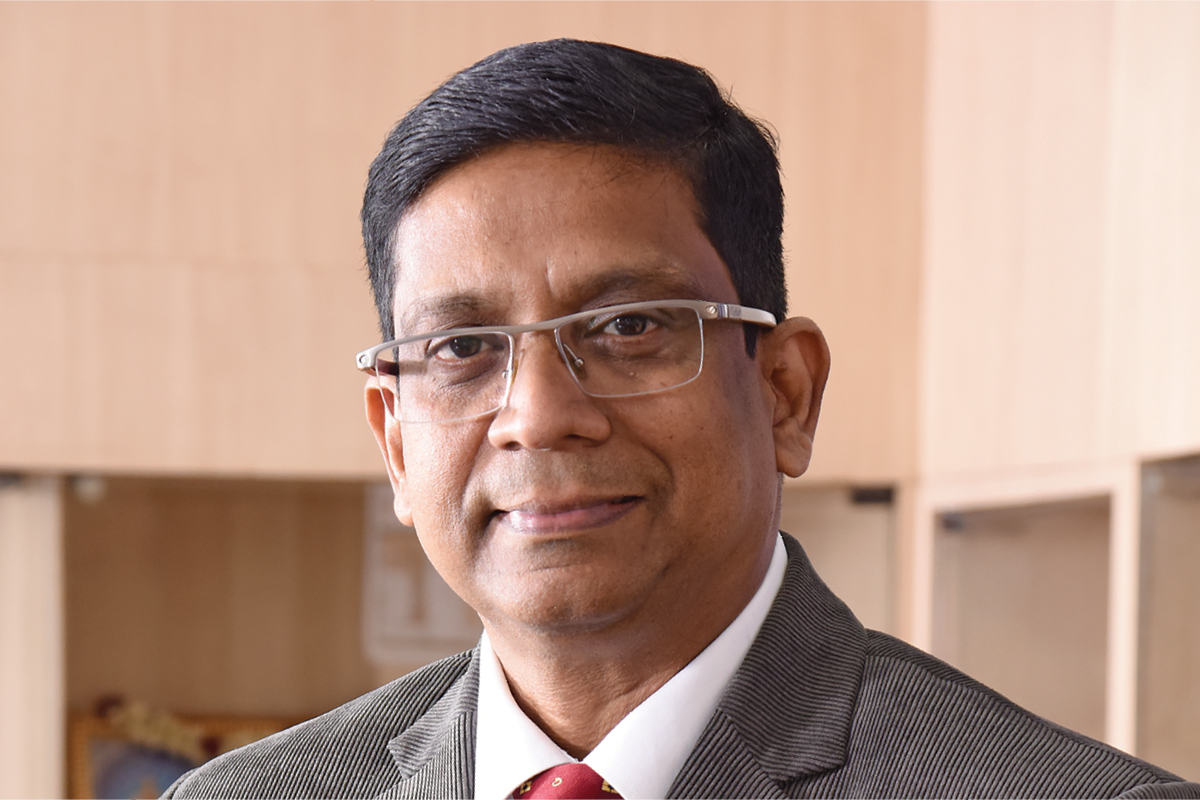 When the Tamil Nadu region in South India was slammed with extreme drought conditions and water shortages in 2017, the paper manufacturing industry was hit hard. Paper production is highly water intensive, and after a year of dry conditions and limited raw materials and water, the production and output at Tamil Nadu Newsprint and Papers (TNPL) had been severely affected. As had the staff morale.

The company needed leadership, solutions and innovation. In November 2017, Subramanian Sivashanmugaraja was appointed Managing Director and Director of TNPL, and accepted the challenge and responsibility for navigating the major government enterprise through this difficult period. “We needed a way to get back on track and to protect ourselves from the same thing happening in the future,” Sivashanmugaraja remembers.

“We explored different techniques and places for sourcing our raw materials. Significantly, we also introduced new water management technology to conserve water, which has since won industry awards. Prudential management of water is a priority for our industry.”

Sivashanmugaraja was tasked with ensuring the company retained and built on its best-practice reputation for environmental compliance. By doing so, this would minimise the effects of future natural crises and their impact on TNPL’s operation.

TNPL was founded in 1979 by the Government of Tamil Nadu to produce newsprint and paper products using bagasse, an eco-friendly sugarcane residue. This was a groundbreaking move and, in that same year, the paper mill was listed as one of the most environmentally compliant paper mills in the world under the Companies Act of 1956. The TNPL philosophy embraces improving the company’s economy of operation through environmental management and adopting innovative technologies for sustainable development.

The paper produced by TNPL is eco-friendly, as the pulp is manufactured out of renewable raw materials and subjected to elemental chlorine-free bleaching. By using bagasse as the primary raw material, TNPL preserves more than 160 square kilometres of forest land from depletion every year.

However, a gradual decline of areas under sugarcane cultivation across the country has resulted in a decreasing supply of bagasse. This has led TNPL to identify hardwood pulp as an alternative source to meet the growing demand for paper and printing products. To support this, TNPL has devised a strategy for creating its own source of hardwood.

“We will require about 1.2 million tonnes of wood per annum, which we’re committed to providing ourselves,” Sivashanmugaraja explains. This needs around 506km2 (125,000 acres) of plantation land. “We have a team on it and have targeted planting of 101km2, or 25,000 acres, of casuarina and eucalyptus plantation per year. Although this is a challenging goal, we’ve already planted about 112km2 in one year itself against a total of 506km2 over five years, which is an excellent achievement.” 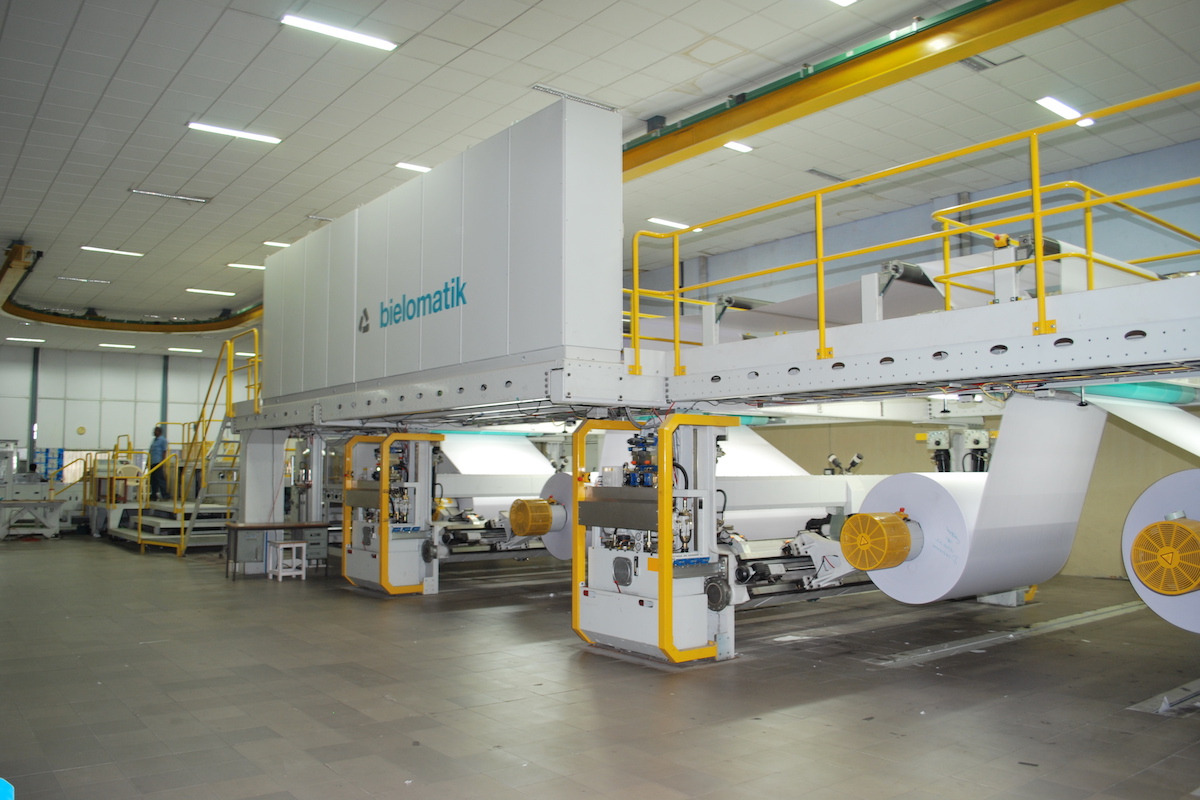 Under Sivashanmugaraja’s careful guidance, expansion plans are in development to ensure 100% raw materials are sourced for the production process. Water conservation projects are underway with proactive measures to reduce the consumption of water from 40 kilolitres per tonne to 27 kilolitres per tonne, the lowest in the paper industry.

In-house renewable energy is generated with the installation of a power-generating facility to make it 100% self-sufficient with surplus power exported to the State Grid. TNPL also generates green power through a 35.5-megawatt wind farm. “We are working towards being self-reliant on our plantations and energy sources,” Sivashanmugaraja says. “We’re always innovating and researching new, environmentally friendly materials.”

Having the right people and culture has been fundamental in the major shift in TNPL under Sivashanmugaraja’s leadership. “Previously, everything moved slowly,” he says. “Promotions weren’t happening and people couldn’t see a progression path for themselves. This significantly impacted the team morale. So, we started talking and listening and worked out where the issues and bottlenecks were.

“We then modified our processes and staffing to iron them out. This gave the team the reassurance that we were open to change and valued their input. They saw a management with a positive perspective, knowing that if they delivered, they would be rewarded. Within six months, there were promotional opportunities, we’d found the right people, and this new optimism spread down the line.”

With a background in the social sector, Sivashanmugaraja has held senior roles within the Indian Administrative Service, which has been instrumental in his ‘people-centred’ human relations approach. “When I first arrived, I needed to earn the team’s respect and their belief that we could move the organisation forward,” Sivashanmugaraja recalls.

“Everyonehelped turn the company around.”

“We’ve seen the results now. Everyone helped turn the company around. Understanding people and having a human approach is the key to success. The team wants to see I’m human, so I listen to them and I respect their input.”

Another key to success, Sivashanmugaraja says, is that everyone needs to buy into where the company is heading. “As an organisation, we need to believe in the direction we’re going and share the same goals,” he says. “There needs to be absolute transparency and confidence that the management team is looking at the right things in the right way. This vision should be clear and communicated to all levels of the organisation.”

Sivashanmugaraja employed the same approach with TNPL’s suppliers and vendors. “We have relationships spanning 30–40 years,” he says. “During the hard times, I asked them to trust us, hold our hand and walk alongside us and TNPL will take care of them, which is what they did. I’ve now met many of them – the respect is mutual and the relationships are strong.” With the drought now behind TNPL, renewable raw-material sources locked in and strengthened operational processes in place, Sivashanmugaraja is looking to the next chapter. “In our industry, supplier chain excellence is paramount,” he declares. “We currently have a team studying supply chain management efficiencies, which is a future priority for TNPL. We’re also embarking on a manufacturing excellence model, encapsulating Six Sigma and lean manufacturing tools and techniques. We see ourselves as a knowledge hub for the paper industry.”

By sourcing and using renewable raw materials, the business operation is now self-sufficient, less vulnerable to future drought events and has reduced the impact of its environmental footprint. “My entire team is now in place and everyone is working towards the same goal,” Sivashanmugaraja says. “In 1984, production was only 90,000 tonnes.

“We see ourselves as a knowledge hub for the paper industry.”

In five years from now, we’ll be close to 0.8 million tonnes of paper and board. We’ve invested in our people and resources and created self-sufficiency. By the time the first yield comes, our pulp mill should be ready and we’ll have our own raw materials. We won’t have to depend on anyone.” 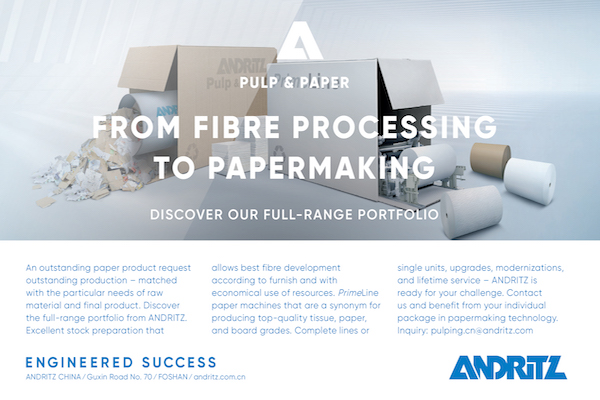 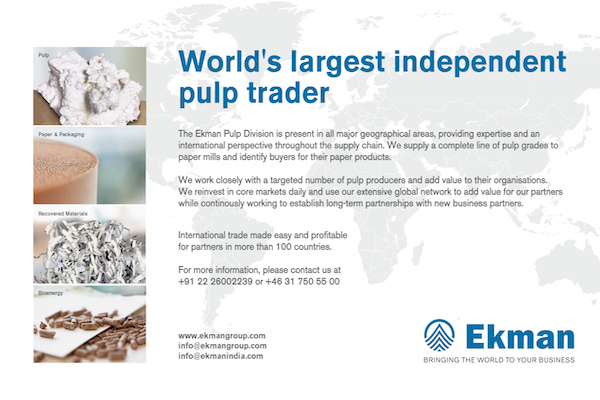 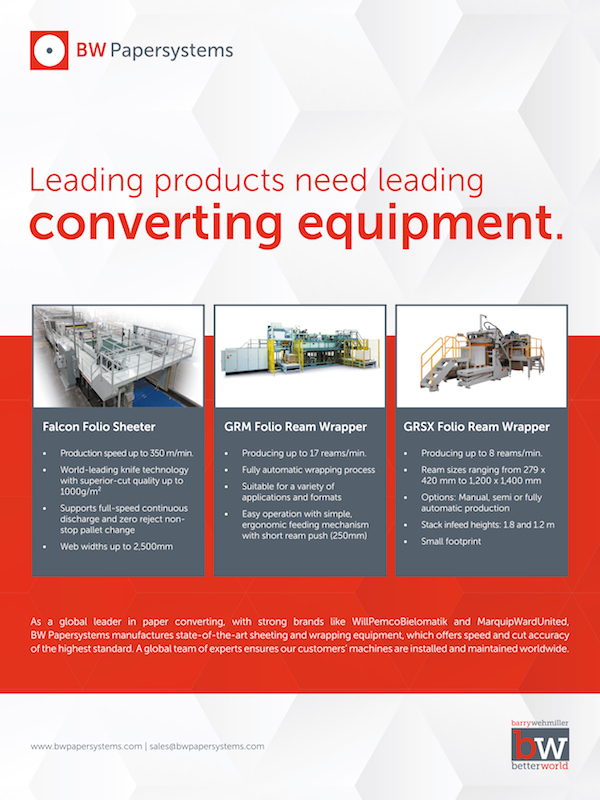 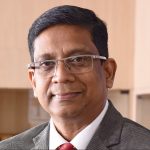