With almost 150 years of history behind it, manufacturer RENK has already achieved a great number of milestones. But with fresh ownership in place and a new CEO, Susanne Wiegand, at the helm, big changes are taking place that promise to alter the company’s course over the years to come.

The company, originally founded in 1873 as a machining workshop by Johann Julius Renk, now has more than 2,600 employees and in 2020 generated sales of €550 million. Headquartered in Ausburg, Germany, it manufactures transmissions, slide bearings, suspension systems, couplings and testing systems for a range of industries.

In June 2021 the RENK Group confirmed Susanne’s appointment to the CEO role, taking over from Florian Hofbauer who had led the company for close to 14 years. She brought to the table more than 20 years of management experience in mergers and acquisitions, corporate leadership and operations working at companies such as Rheinmetall, the German Naval Yards shipyard group and ThyssenKrupp Marine Systems. 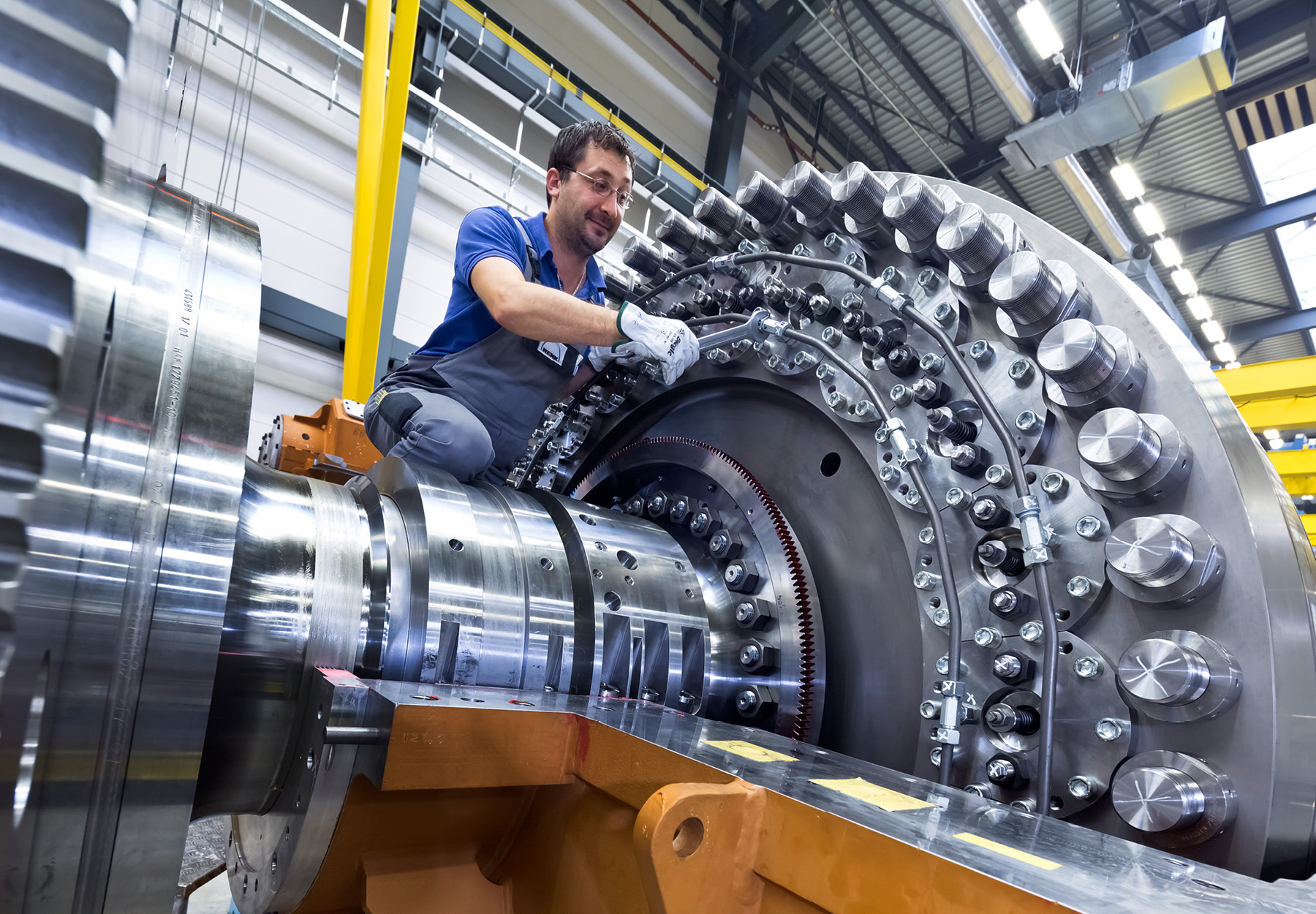 From Susanne’s point of view it was the perfect time to join RENK. The majority of her professional life had been spent in companies concerned with making propulsion systems and transmissions for tanks and vessels, which rendered RENK’s shipbuilding, land systems and defence operations very familiar. However, the industrial side of its business was entirely new to her.

“It’s a great mixture of home turf – knowing the customers, knowing the markets, knowing the programs – with something new which was very attractive for me,” she tells The CEO Magazine. “It’s a blend of technology and mechanical stuff which may be a little old school but when you come from shipbuilding and from the defence industry you love it, at least I do. And that’s why RENK was a great opportunity for me.”

Everybody is working on digitisation and has achieved a different stage of progress, and I think we are on a good track, but there is still some wood to chop and some homework to do.

Furthermore, in January 2020, Triton Partners had acquired Volkswagen Group’s 76 per cent stake in the company for €520 million. “RENK’s change in ownership meant it came into private equity hands with a clear strategy to grow, to develop, to expand and this is an absolutely challenging and fascinating opportunity for me and for the company,” Susanne says.

“I think for RENK it’s a big chance now to become more modern, more agile, more flexible, more customer-oriented, and also to expand and grow. Which was not the case for many, many years.”

Indeed, that expansion is already underway. In 2019 RENK snapped up Horstman Holdings – a key player in the global armour and tracked vehicle mobility markets based in the UK but with locations in the US and Canada.

Then in September last year RENK acquired L3Harris Technologies Combat Propulsion Systems in Muskegon in the US for around US$400 million, forming a new company, RENK America, in the process. As part of the same transaction RENK Group also acquired L3Magnet-Motor GmbH in Starnberg, Germany which produces hybrid drive solutions for protected vehicles and navy vessels.

With the completion of the deal RENK set out its intention to “lead the modernisation of American armoured vehicle mobility systems” with the efficiencies and opportunities created by this merger.

Now, we have to venture into the East and the Far East with our industrial business – so China, India, those are the hot topics.

“The US is now the second-largest country for RENK in terms of the number of employees and revenue, after Germany,” Susanne reveals. “So this is something new which is a big opportunity but also a challenge to properly integrate and manage the new kid in the family.”

RENK’s intention to push deeper into the digital world meant that in August 2021 it upped its stake in Modest Tree Media, a company based in Halifax, Canada which it had originally made a strategic investment in during 2019. Modest Tree offers a range of digital tools and services to manufacturers such as immersive digital twins and other extended reality solutions.

These are major deals with immense implications for the 150-year-old company, but Susanne explains that RENK has no intention of stopping there. “We need to further increase our international footprint,” she states.

RENK already has a strong presence in Europe including the UK, Switzerland, the Netherlands and France, with the US deal also creating exciting opportunities in North America. “Now, we have to venture into the East and the Far East with our industrial business – so China, India, those are the hot topics. We are there with presences but we need to increase these and grow there.”

These recent transactions represent RENK’s “inorganic” growth strategy, according to Susanne. “There were many, many years of no growth and more-or-less stagnation. Organic growth was not really happening so the growth the company has done in the past was due to acquisitions,” she continues.

But now she sees great potential for organic growth. “We have a strong defence business at the moment,” she expands. “The pipeline for procurement of the various countries in the world for tracked vehicles is quite full. You see a similar trend on the naval vessel procurement, but also on the industrial side.”

We have to think about not just processes but also structures to integrate more, to increase efficiency, be it in the supply chain or in our own production network.

In addition RENK is seeing a strong market in plastic extruder plants, where it is supplying big gears. “We still see a good market in oil and gas where we supply high speed gears linked to the compressors,” she adds.

The company’s industrial business, where defence counts for roughly 75 per cent of revenue, has withstood the upheaval of COVID-19 and retains a “very strong” pipeline, Susanne says.

Nonetheless Susanne expects there to be one or two additional acquisitions in the next three to five years flagging the technology space as an area of continued interest. Regional companies are also in its line of sight in order to cement RENK’s presence in markets where it is already strong but where it wants to consolidate its position.

The Modest Tree acquisition certainly highlighted RENK’s determination to excel in the digital arena but Susanne says there is more work to be done on this front. “Digitalisation is a hot topic for any company these days and I dare to say that probably no company can say, ‘We are done, we are ready’,” she muses. “Everybody is working on digitalisation and has achieved a different stage of progress, and I think we are on a good track, but there is still some wood to chop and some homework to do.”

She is also keen to revamp the company culture which she describes as a somewhat “old school”. “People work, live and think in silos,” she reflects. “This needs to be broken up so we need to be much more interactive internally and we need more functions to work together.

“We have to think about not just processes but also structures to integrate more, to increase efficiency, be it in the supply chain or in our own production network. We need to be clear on who is doing what, what everyone’s key competencies are – there is lots of potential in that.” 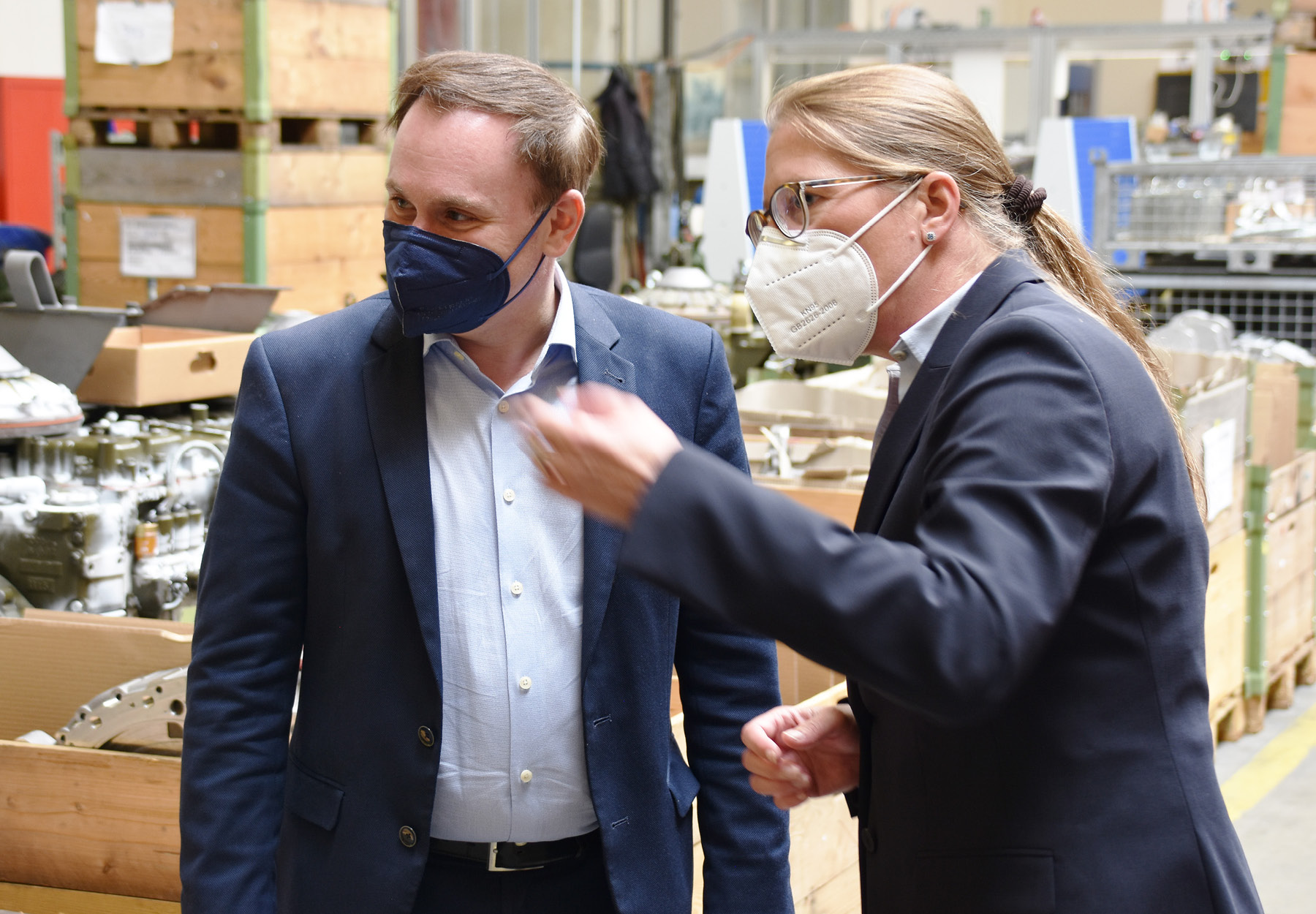 RENK’s customers understand the quality it delivers in terms of its “first class, superb engineering solutions”, according to Susanne. “What RENK delivers is top of class in the market and our customers know that,” she says. “The downside of that is that customers tend to think of RENK only when they need something very specific, out of the norm, complicated and very customised or tailored for a specific mission, requirement or application.

“But this niche position is not good for growing organically to catch the market where it is growing. For that you must be more into standardised products.”

We also have great commitment from our team here – they’re really proud of the company and they’ll all go the extra mile for RENK.

To remedy this Susanne believes RENK needs to improve its visibility, its reputation and its name in the market beyond products that nobody else can make. “We need to develop into this big market where the customer appreciates a high-quality standardised product where maybe you have to make some small adaptations but you still stick to standards.”

Becoming more proactive in marketing and sales is essential to this strategy. “We have to tell the story because we know we can do it but the customers do not yet,” she continues. “We need to be much closer to our customers, have our ear on the ground to really understand what the customer needs and wants and is prepared to pay for – not more, not less – rather than think of just the technical solution. This is where we can improve – we have to. We have all the ingredients to be super successful if we get these internal obstacles out of our way.”

Susanne believes that tweaking RENK’s customer approach so that it wins customers with a lower entry price point, and then earns their loyalty, is the way forward. “I think the smart approach of some other companies is they go in cheap, get the order and then earn the money in aftermarket, in spare parts and services,” she admits. But where the competition lags behind is on the technical front where RENK offers very specific solutions that challenge technical boundaries. “Our competition is not able to do that – honestly not,” she stresses.

“We also have great commitment from our team here – they’re really proud of the company and they’ll all go the extra mile for RENK. So the mixture of our technical and technological engineering skills with the unmatched pride of the people of RENK is amazing, and I doubt whether our competition can claim the same.”

Johann Julius Renk, the founder of RENK, set up his own workshop in the German town of Augsburg when he was just 25 years old, making a variety of cogwheels which were superior to the ordinary models available at that time. He set about making a machine that could manufacture conical-shaped cogwheels with precisely arranged teeth, patenting his new invention.

His reputation started to grow and he ramped up operations accordingly. By 1888 he had 15 self-produced cogwheel machines and had a team of 37 people. He even initiated a healthcare plan for those in his employ in 1890. But just six years later the entrepreneur of the company died at the age of 48, leaving behind a company of 100 people that produced 12,000 cogwheels per year. 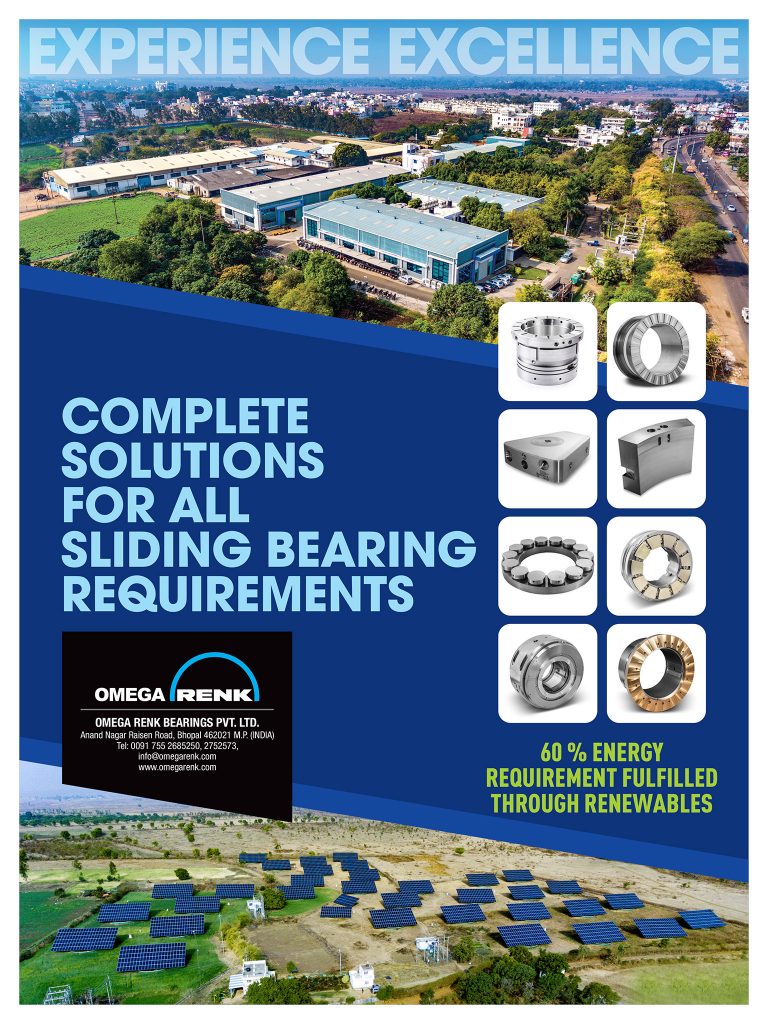