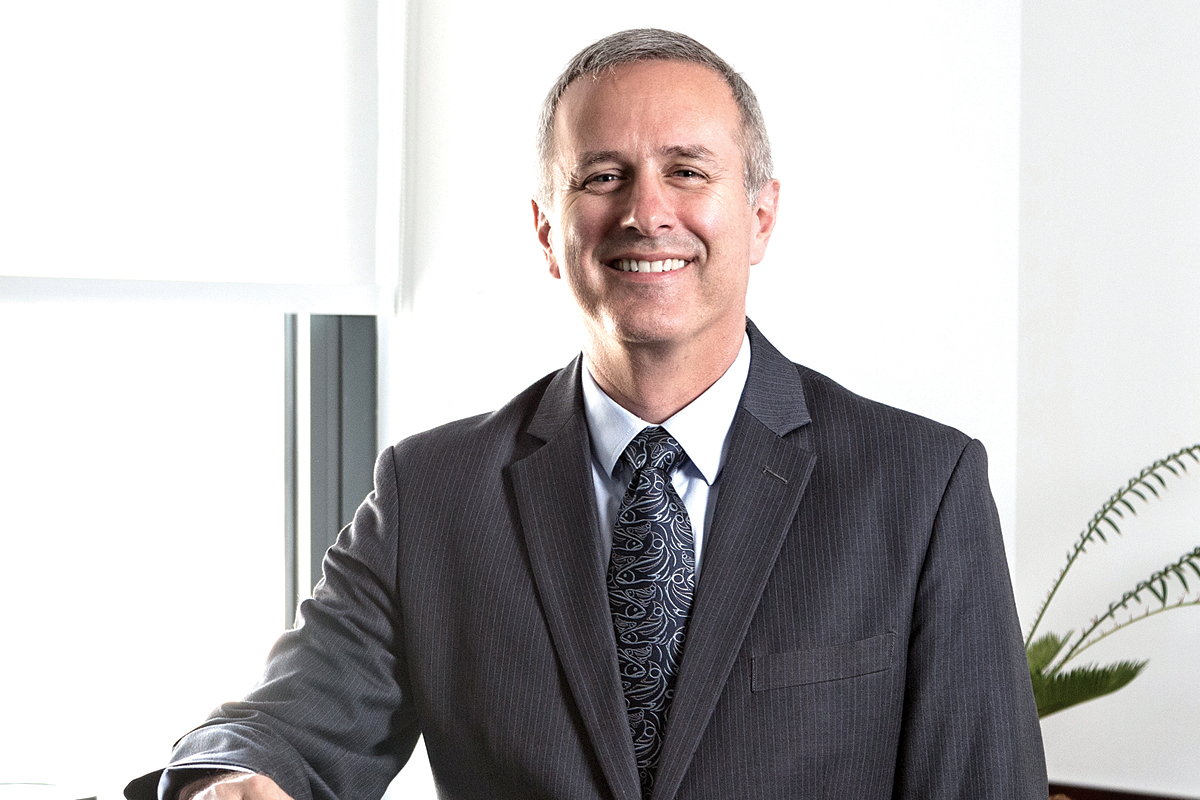 Problem solving, delegation, conflict resolution and communication are among the necessary skills for a business leader. But one quality Würth China’s CEO values highly is humility.

It is a characteristic Larry Stevens learned from his parents, who he still looks up to as role models. Larry’s mother instilled in him the importance of discipline – as she managed the finances at home – while his father, who worked in the automotive sector, epitomised humility and a strong work ethic.

“I’ve had the honour of working with many great leaders and having many different coaches in sports and in work, but it always comes back to my father,” Larry tells The CEO Magazine.

“He worked on an assembly line and no matter how difficult things were, my brother and I never wanted for anything. If they were on strike or the economy was bad, my father would go pump gas and split logs. He was a very humble man and I personally strive to be half the man that my father is.”

Larry began his career as an engineering student, driven by his interest in how things are made. He then made the switch to industrial management. “As I was progressing through the college of engineering, I came to realise that something was lacking,” he recalls.

Back then, Larry says engineering was “more of an office-type job” whereas he preferred to interact with people and see the manufacturing process firsthand. Larry found industrial management to be a better fit and it eventually led him onto the path to Würth Group.

“One of the greatest things that I get to do right now is seeing how many different things are manufactured,” he enthuses. “Whether it’s a truck, train, blender, computer chip, you name it – anything that’s manufactured and held together by fasteners. It’s absolutely fascinating. I feel very blessed that I get the opportunity to do that with my position in this company.”

Würth Group was founded in Germany in 1945 and specialises in fasteners and assembly materials. It consists of over 400 companies in more than 80 countries with around 78,000 employees, developing everything from screws to chemical-technical products, to personal protection equipment – a range of more than 125,000 products.

Larry first joined its subsidiary, Würth Service Supply, in the US in 2004. He worked as District Manager for its businesses in Wichita, Kansas, and Springfield, Missouri.

After his success in turning those businesses around, Larry was approached to lead a new company that Würth planned to open in China.

In 2005, he hopped on a plane, landed in Shanghai and opened Würth Fasteners Trading (now Würth China). “It was the right opportunity at the right time,” Larry muses.

“When I came to China, it was more to just get out and see something. Würth really provides you with an opportunity to see the world and do things if you’re willing. I’ve got to travel the world to see how things are made. I’ve been in South Africa, Norway, United States, Canada, Australia and all throughout South-East Asia.” Larry is proud of how far Würth China has come since he started it. “The bulk of my management team were here when I arrived or were hired shortly after,” he says.

“We have a lot of good people who started with us and have found a home with us. I take a great deal of happiness in knowing that I’ve been able to help them find something that’s satisfying and that they can grow with.”

“The key to success is to be humble.”

“I try never to walk into a room where I’m the smartest individual. I try to hire people who are smarter than me, better than me, have more energy than I do and can make things happen. I then allow them to do their own jobs so that they’re satisfied and having fun.”

When challenges arise, Larry’s strategy for handling them is to remove any type of emotion from it, which is usually the hardest part.

“Emotions are very important, but they can sometimes cloud your decisions and cause you to make decisions that aren’t necessarily in the best interests of anybody. For me, it is about first trying to understand the situation and then seeing all possible opportunities or solutions that are available.”

Larry goes on to share his advice for any individuals looking to enter a leadership position in the industrial sector.

“Understand your own weaknesses and turn those weaknesses into strengths.”

When comparing operating styles in China and the US, Larry comments that almost all of Würth’s customers’ factories in China are brand-new.

“They’re built with the latest concepts and technologies available, whereas the factories in the US are older. American factories are still using many of the ideas or designs from the 1930s, 1940s, 1950s and so on,” he explains.

“In the US, they have had to adapt and change but here, in China, many of the factories were developed from scratch with all the new ideas and concepts available today. In the US, you’re seldom working with a brand-new white piece of paper. You’re trying to figure things out within a system that already exists.”

In 2016, Würth China selected Haiyan as the location for its Greater China Central Distribution Center (CDC). The facility was designed to support the transportation of Würth products throughout mainland China.

In 2018, phase two of the CDC was complete. This involved an additional 18 loading and unloading docks, and a high-end Quality Inspection Lab. Now, the company is working on phase three of the CDC.

“We will be adding two 50-metre towers and a sorting area within them. This will be a fully automated racking system with shuttles inside and it will be for pallet products. When it’s complete the whole campus will be about 100,000 square metres.”

Larry says the CDC represents the significant commitment Würth is making in China. The CDC will be able to service the company for the next 15–20 years.

“It will serve us here in China as well as in Asia–Pacific as a central hub for Würth products we supply in the region,” Larry says. “As the group continues to develop and grow globally, we have identified Asia and South America as huge opportunities for growth.

“With the foundation that we already have in place and now this capacity available to us, we have every opportunity to continue to expand in this region. The CDC and this phase in its development is a key to that plan.” 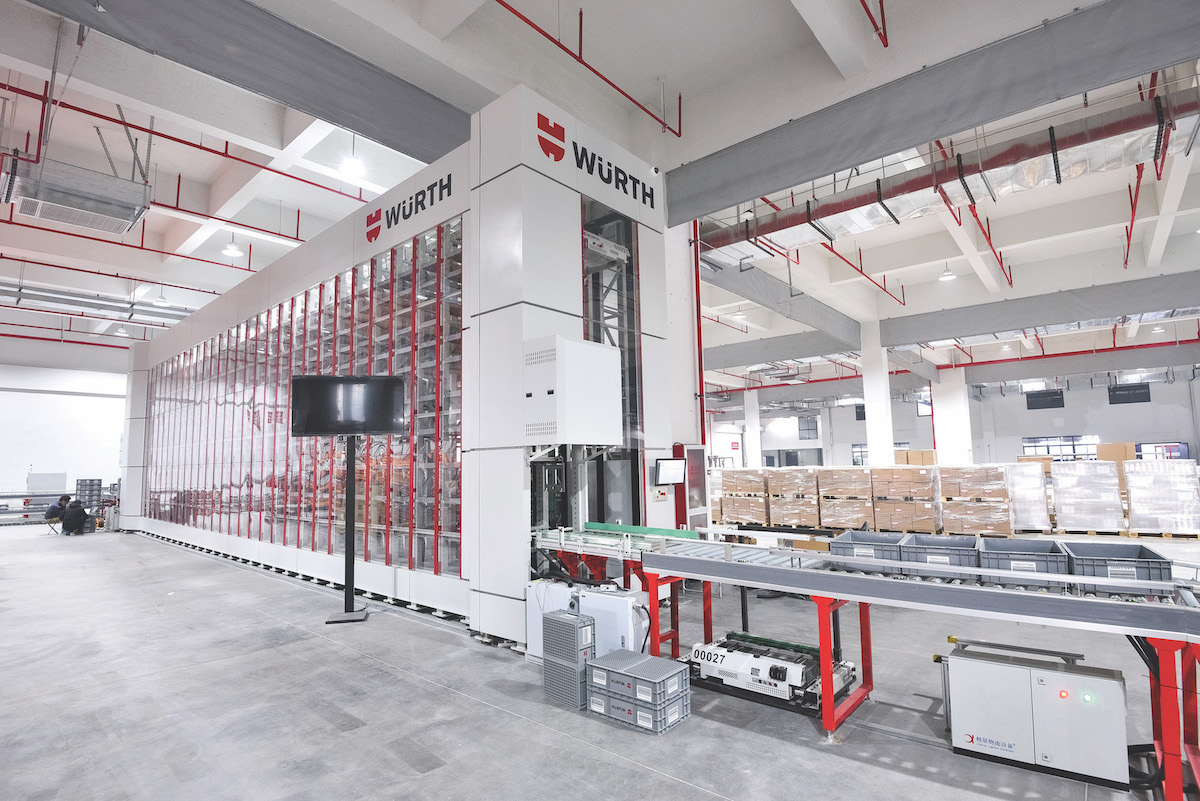 While Larry established Würth China in 2005, the broader Würth Group has been in China since 1994. The Group owns seven companies in the country and marks its 25th anniversary this year.

Larry says Würth China is celebrating the occasion with its workers. “We will be having a nice get-together; bringing our employees from all over China down to our central distribution centre in Haiyan and having a family weekend.”

Although 25 years is a significant milestone, Larry says it is “just the beginning”. “We’re a very young company, so we want to have a nice celebration, but we don’t want to lose focus of the fact that we’re just starting. This is still something that we can grow and develop.”

Larry attributes Würth China’s success to how well it treats its employees and suppliers. “We allow individuals to be successful and enable companies to develop and adapt to the local market,” he says.

In addition to the employees, the Group emphasises listening to and understanding what its customers need.

“That is something that has to be ingrained within the company for it to continue to succeed. If you don’t listen to your customers to find out the problems they have, you can’t provide solutions for them. They might not know exactly what they want, but they know the problems they have. So, the key to our success moving forward is to never forget to listen,” Larry says.

Würth China has a lot of activities planned in the future – it is exploring new markets and looking further into ecommerce. “China has many new ideas and cutting-edge concepts in place that others outside the region don’t really recognise or know,” Larry says.

“We have a lot of new service systems that we are perfecting in Europe and in North America, as well as here in China, that we want to integrate into our operations.” 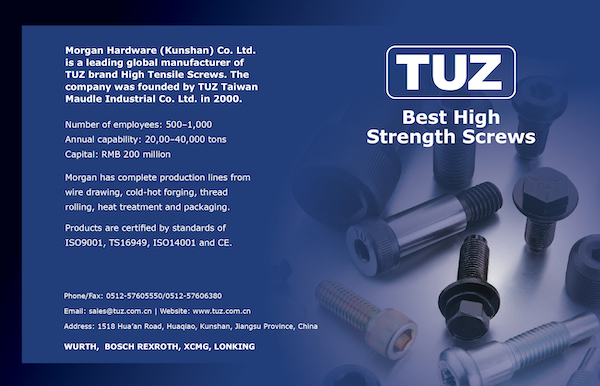