It was the charm of a young lady and a spark of curiosity which lured William Tiu Lim into the fishing industry. Hook, line and sinker. The CEO of Mega Global Corporation was working at his father’s haberdashery store and studying electrical engineering in Manila when Marylou caught his eye.

“Her family worked in the fishing industry and I used to visit during my courtship. I became curious about their operations and asked permission to visit their fishing boats. I saw that many of them were breaking down, yet they were still making money. It made me wonder what would happen if new vessels were used. 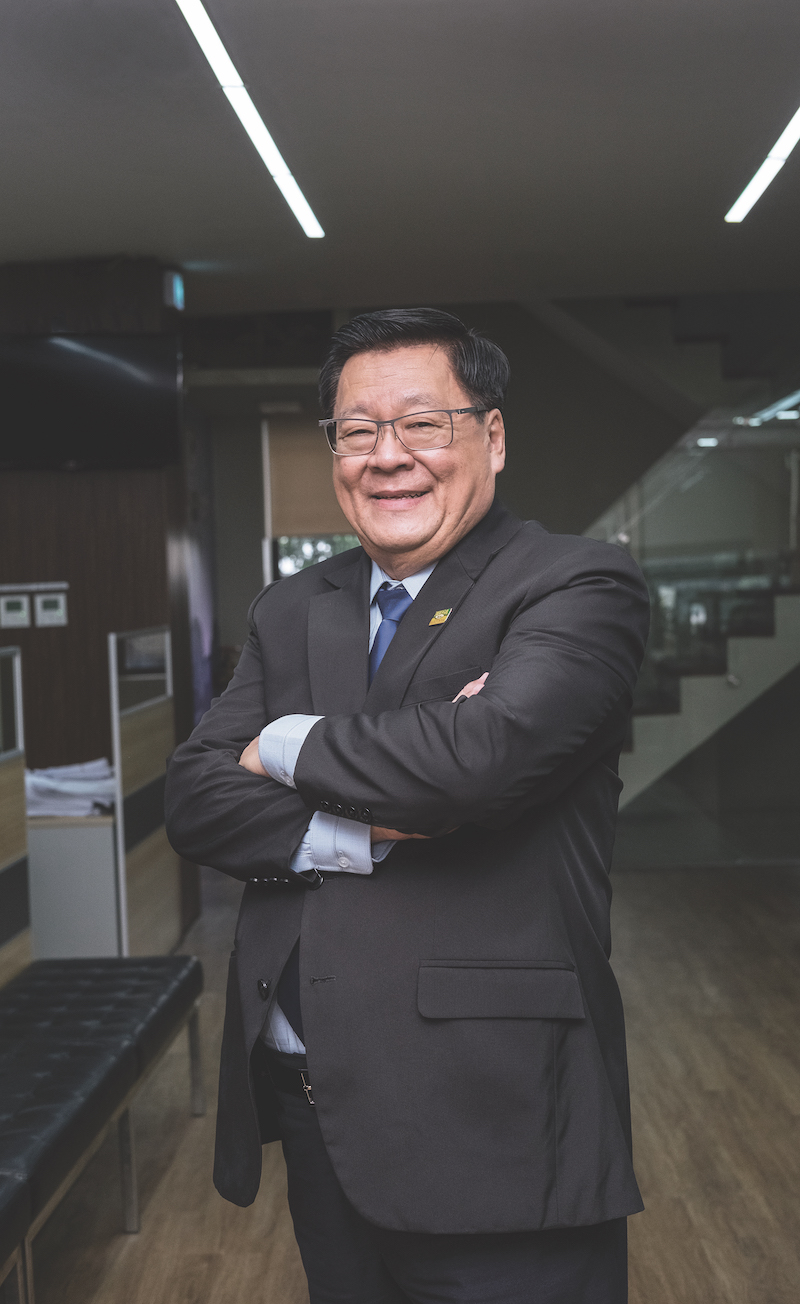 “My curiosity soon became a challenge and in 1972 I started building boats. I began with just one, fishing in the Bicol area. It all started with me asking myself whether I could do a better job.

“The fishing industry is something you have to focus on day in and day out, and I was in the midst of construction.

I couldn’t be bogged down settling with a wife. But after three years, I thought the family might be getting angry and wondering if I would run away with someone else,” he laughs. “So, we married.”

Mega Fishing Corporation (MFC) is the fishing arm of Mega Global, boasting a fleet of more than 75 vessels equipped with state-of-the-art sonar fish finders, while Ayala Seafoods Corporation (ASC), which has two factories in Zamboanga, is the canning arm of the company.

MFC’s fleet operates out of the Zamboanga Peninsula on the western coast of Mindanao where at least 85% of the country’s sardines are sourced. Mega Global produces a staggering 1.5 million cans of sardines everyday, with 90% of that haul sold in the Philippines.

Internationally recognised certifications, including the EU and Halal stamps, facilitate the export of the rest to 36 other countries.

William’s commitment to the 12-hour catching-to-canning process paved the way to export. “For years, our traditional method was to haul our fish onto the deck and then onto ice,” he explains.

“But when we wanted to export, we were inspected and asked why we put the fish on the deck where we walked because that could lead to contamination. We were immediately barred from exporting to Europe because of this.

“We were told to visit Europe to see how it was done. I accepted the challenge and saw that fish were being poured into chilled tanks to freeze to death rather than dying on hot decks. It made a big difference, so I came back, consulted our technical team and after three years of perfecting the process we got it right.”

The company was also the first sardines brand in the Philippines to introduce easy pull-up cans and pouches. Once again it involved a trip overseas to find the right suppliers of easy-to-open cans.

“They had their degrees and MBAs and would throw ideas around at meetings, and I wanted to do the same. So, they found this course for me, three weeks a year for three years, and while I was thinking I might be too old, I needed to learn more.

I learned about strategies for setting up foundations, how to grow the company, sustain it and implement succession planning. It was a great challenge and helped me bring a wide range of ideas and strategies to share and broaden our minds.” 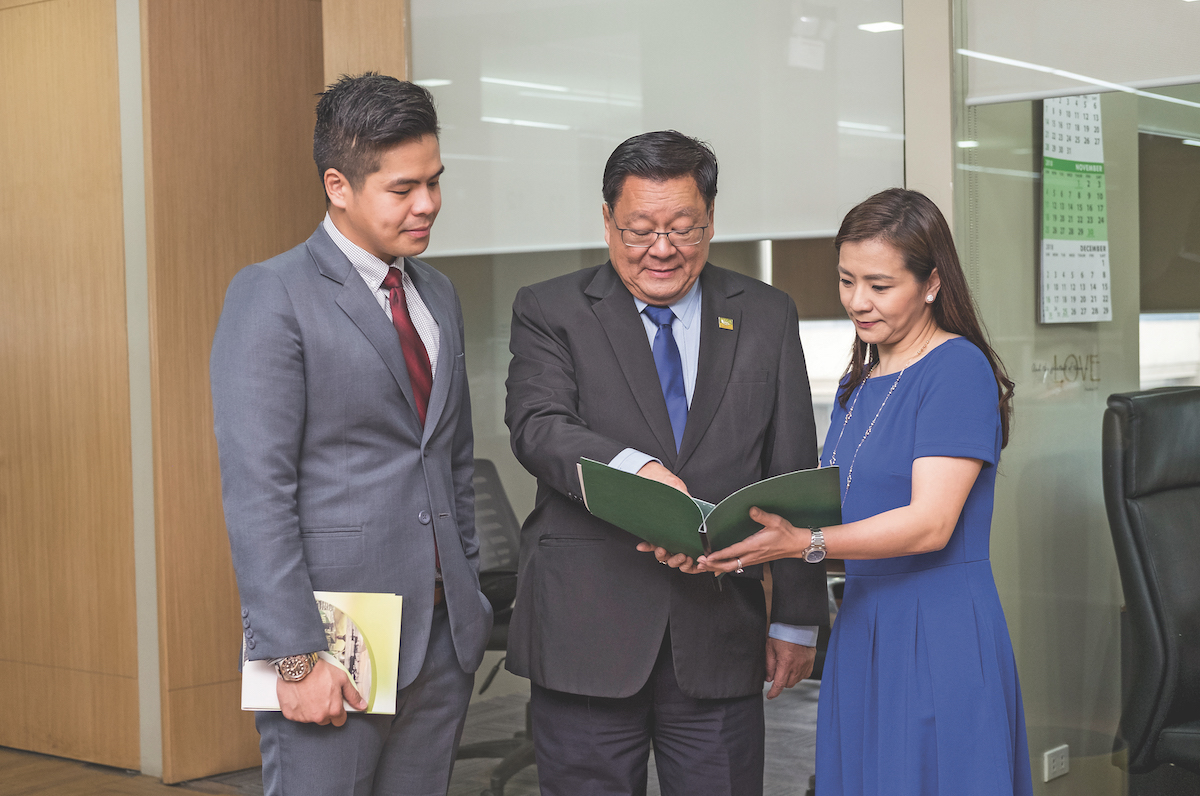 Two years later William received the 2017 Meralco Biz Partners Entrepreneur of the Year award. Reflecting on his 40-plus years in the fishing industry, William believes a good entrepreneur must remain focused.

“If you keep changing your focus, you have less time to succeed. I have had many opportunities to divest, but I stayed focused on fishing. You have to put your heart and mind to your vision and never give up, no matter the odds.”

Today, William is firmly focused on the future, ensuring future generations will be left with enough sardines to fish. In 2011, the Bureau of Fisheries and Aquatic Resources regulated an annual three-month sardine fishing ban in Zamboanga from December to March.

It was an unpopular decision at the time, but quickly recognised as beneficial when just a year after its implementation there was a greater than 6% increase in sardine production. “It gives the fish time to regenerate, grow and propagate,” William explains.

“We just have to ensure we have enough stock in advance to cater to those closed months by increasing our canning capacities and improving our catching capabilities and post-harvest facilities.”

On the cusp of turning 70 this year, William is leaving his own legacy to the next generation. He’s actively training his family and staff to continue the business, and that includes teaching them to always take on challenges and opportunities to see how things can be improved.

“It’s time for me to be quiet, to let them have their voice.”

“It’s time for me to not only pass on my knowledge, but to train, challenge and uplift my people so they can do a better job,” he says. “It’s time for me to be quiet, to let them have their voice. I want them to make their own decisions, even if it’s against my better judgement. I know that may mean they make mistakes, but it’s through these mistakes that they will know better next time.” 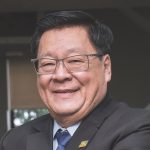