Back to basics: TR Parasuraman Further, he was the past chairman of the Quality Circle Forum of India (QCFI), Bangalore, and held many positions at the Automotive Component Manufacturers Association of India (ACMA), the Confederation of Indian Industry (CII) and BCIC.

TR has moved through the various sectors of the business (including brakes, transmission and axles), and has worked in functions as diverse as manufacturing, purchasing, finance, HRD, and safety and environment.

This, combined with his ability to network through industry bodies such as BCIC, CII, ACMA, QCFI and the Indian Machine Tool Manufacturers’ Association (IMTMA), has afforded him an abundance of knowledge and business acumen in the automotive industry.

He recalls an earlier assignment where he had the opportunity to work at Toyota Motor Corporation Japan between 1999 and 2000. “I learned to speak Japanese fluently and experienced the Toyota way of working from the masters,” he says.

Yet the broader meaning encompasses a fusion of ability, dedication, confidence, innovation and spirit of Japan’s manufacturing practices. According to India’s Business Today, monozukuri, a word that has risen in popularity in India, is there to encourage workers to “bring their mind to work” and achieve perfection.

Although it is difficult to relay the long-term vision of the business, the focus is currently on the engine sector, TR says. His goal is to grow the Indian market and for the company to progress alongside the country.

“If you look at India, there is much focus on electric mobility,” he says. “However, there are challenges in terms of infrastructure, battery charging, availability of clean power and so on. And with India depending on fossil fuels, this poses a challenge.” TR believes this transition is going to be progressive.

Alongside the business operations is the human side of Toyota Industries Engine India. “People are the focus for us,” says TR, while explaining the significance of human resource development. “We believe in developing people for the future. We want to prepare them to become the future leaders of the business.”

Part of Toyota’s global initiative is its three pillars, comprising of standardised work, ownership maintenance and process point management. Progress is evaluated based on three levels – bronze, silver and gold.

The bronze level ensures the establishment of systems and silver the rotation of PDCAs to improve the performance (known as Kaizen in Japanese), while gold is the achievement of global KPIs. 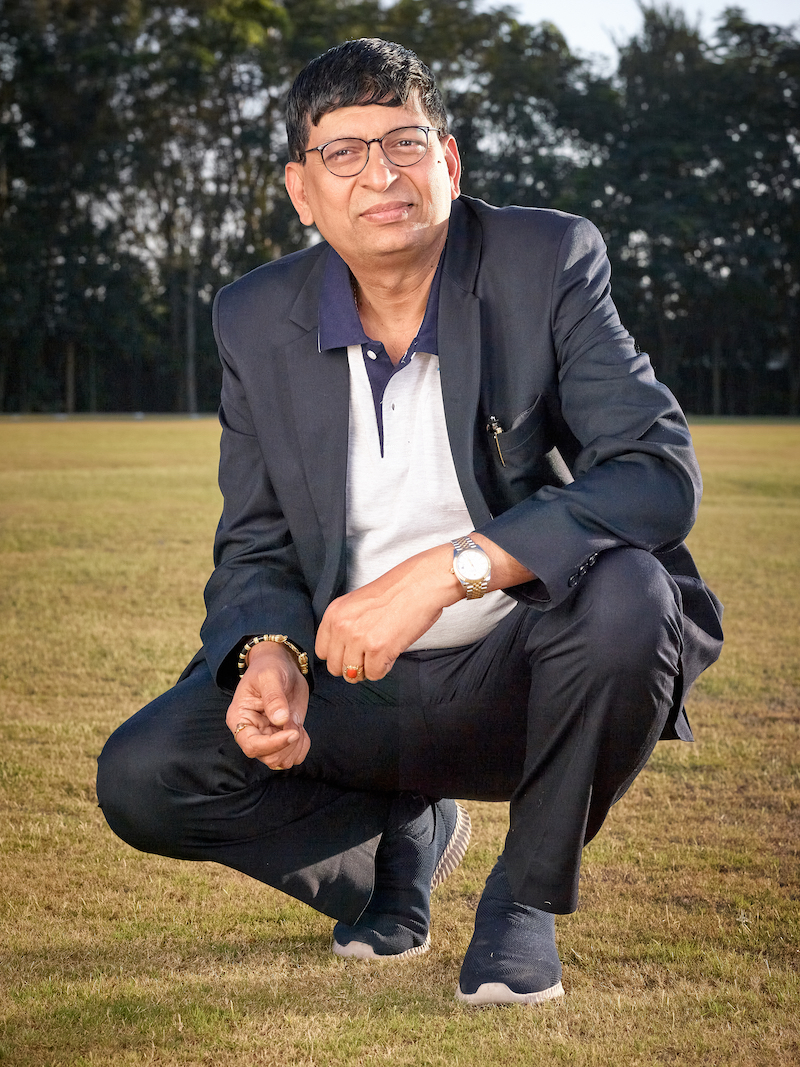 TR firmly believes that gold level is only a result and that the most important part is actually the journey. This, he says, is combined with the challenge and passion to realise excellence and fundamentally sound manufacturing, which puts safety first and ensures quality is a must.

“If you look at our organisation, our plant is immaculate,” TR enthuses. “We would like to maintain that, and create cleanliness at the source, which means maintaining a tidy unit at the very beginning of the process. Cleaning leads to checking and checking leads to detection of abnormalities. Additionally, detection of abnormalities then leads to countermeasures, and countermeasures lead to cost benefits and then to pride in the workplace.

“Cleaning is not just cleaning. It’s the starting point of a big revolution in excellence.”

It’s all about going back to basics and Yoshimitsu Hayashi, Managing Director and veteran of the parent company Toyota Industries Corporation, Japan, has set a clear direction on this. “What it means is that all employees should follow the basic rules and systems without fail,” TR explains.

Genchi gembutsu is one concept that falls under this and is used on the shop floor. It is the principle of moving towards the action, observing the location and conditions to understand and solve problems faster and more effectively.

TR says this involves the five senses of seeing, hearing, touching, smelling and common sense, the latter of which he admits is not very common. The phrase is a part of the Toyota Way philosophy and, to encourage it, TR and his team spend considerable time on the factory floor. Along with meetings, this is also where TR manages his staff.

“We always spend time going to the shop floor,” he says. “This is where we understand the problem, understand the guidance, appreciate our members and give directions. The shop floor is our heart. It is a powerful tool for prosperity.”

Networking is also vital for success in business, TR says. He quotes Toyota’s Founder Sakichi Toyoda as a great source of inspiration when he says: “Open the window. The whole world is in front of you.”

“Go to the next level, talk to people, don’t be the frog in the well,” TR continues, reinforcing that success comes down to “footwork, head work, hard work, network and teamwork”. “By footwork I mean going to the actual source of the problem and understanding the root cause of the problem by oneself,” he explains.

He also acknowledges that the great success of the engine plant would not have been possible without the support of Toyota Motor Corporation Japan; Toyota Industries Corporation, Japan; Toyota Daihatsu Engineering and Manufacturing; Siam Toyota Motor Thailand; and India-based Toyota Kirloskar Motor and Toyota Kirloskar Auto Parts. These companies have supported the business in terms of human resource development and sharing best practices.