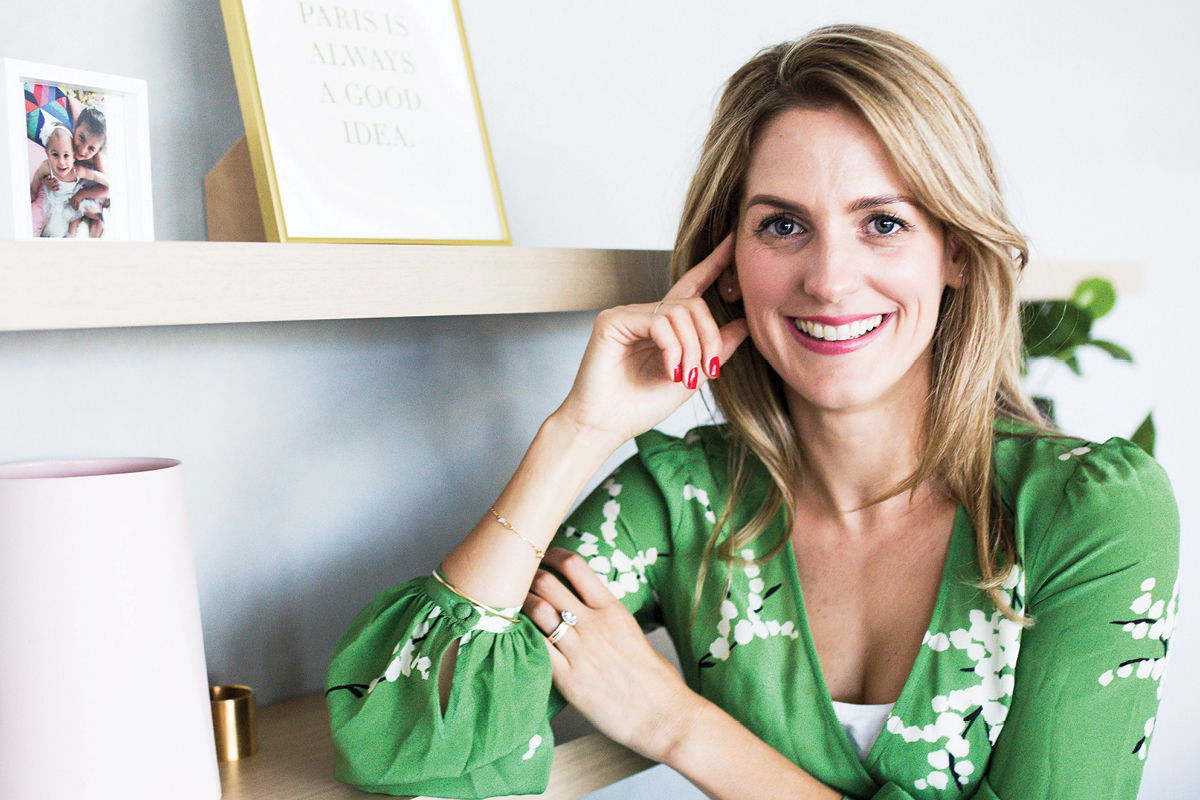 When Vanessa Katsanevakis walks through the Sussex Taps factory, she almost feels as though she’s in her childhood home.

Her late father, Nicolaas ‘Nick’ Johannes van Putten, started the tapware business when she was in her early teens, and she has fond memories of spending time in the foundry and workshop with him during her youth.

“On the weekends, we’d go rollerblading in the car park or sweep the factory and I’d earn some pocket money,” Vanessa recalls.

Although Sussex Taps was founded in the late 1990s, its roots can be traced back to 1960, when Nick emigrated to Australia from the Netherlands. A watchmaker by trade, he decided to turn his hand to jewellery making and built up a successful business.

Eventually, he diversified into producing artisan tapware. “Dad started making taps while he still had the jewellery business,” Vanessa explains. “But then the taps took over, so he sold off the jewellery side and focused on taps instead.”

Nick sadly passed away in 2011; however, his work is still reflected in Sussex Taps today. The Melbourne company prides itself on producing exquisite, high-quality tapware, and Vanessa is committed to continuing her father’s legacy.

“The precision, attention to detail and craftsmanship in all our products stem back to that watchmaker. He championed it from the beginning, and that remains our focus in everything we do,” she smiles. “I know Dad would be so proud if he could see his business now.”

After finishing high school, Vanessa started working at Sussex Taps while also studying business management at La Trobe University. She was just 28 when she and her husband George took on the responsibility of running Sussex Taps.

“I started as a junior and later worked in a supporting role for my father, so it was a big shift to reinvent myself as a leader,” the 36-year-old reflects. “I love people and I love my staff, so I had to learn how to balance wanting to be everyone’s friend with being a manager. We’re very blessed to have many loyal staff members, who have worked for the business for 10 or even 20 years.” 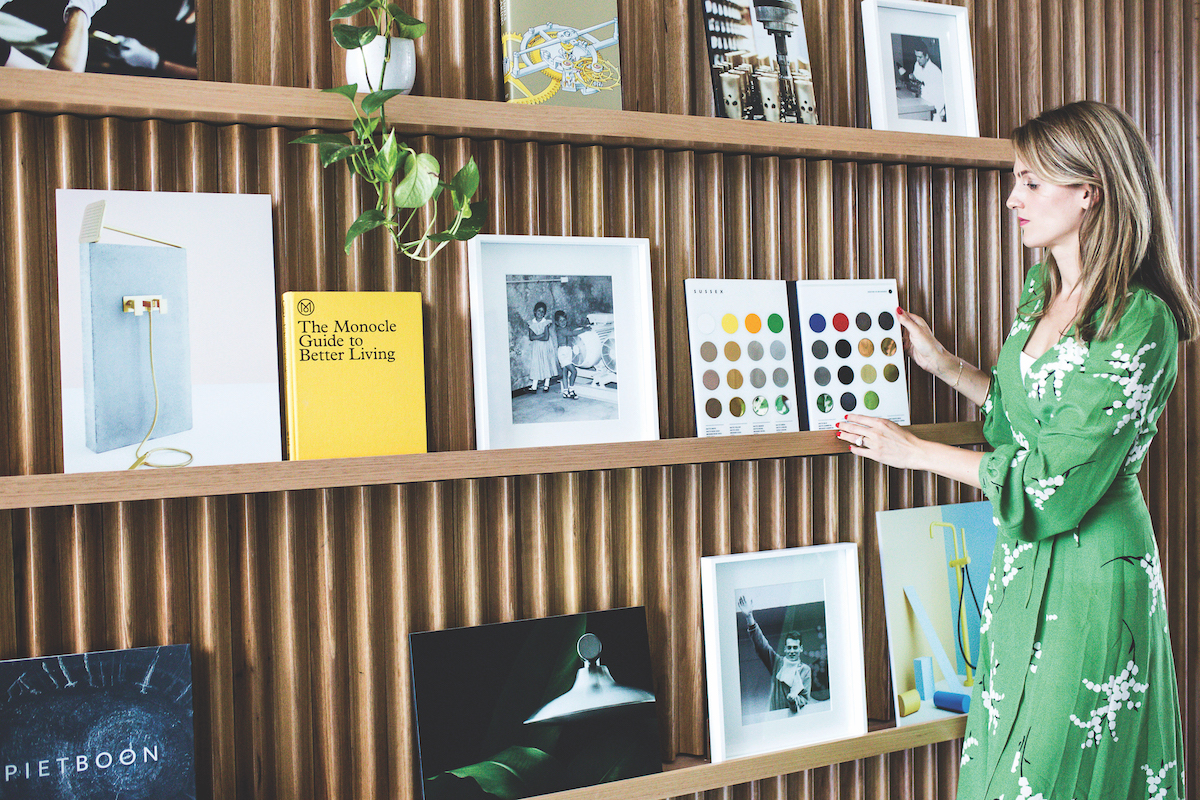 Sussex Taps is the only Australian tap manufacturer with its own foundry. While many competitors have taken their manufacturing offshore, the Melbourne company has chosen to continue operating its local foundry and workshop.

“My dad loved this country and was driven by passion over the bottom line. In the past, we struggled and lost out to cheap imports, but I believe this made us a lot stronger,” Vanessa says.

“We don’t compromise on processes. We could mass-produce a lot more things but prefer to have an artisanal focus and choose to build things by hand. So, while we keep innovating and investing in technology, we’re determined to uphold the craftsman’s place in contemporary manufacturing.”

Being locally based also allows Sussex Taps to form close relationships with its suppliers and respond quickly to customer needs.

“We’ve been working very closely with Austral Wright Metals and other suppliers for many years. They’re an integral part of who we are and we love to work with people who share the same values. A lot of our long-term suppliers and customers have become our friends. Because we’re still a small business, with only 70 staff members, we can change things at the drop of a hat and customise our products for our customers.”

Having its own foundry also makes the business more sustainable. “My dad always wanted the business to be vertically integrated. That means we have a continuous loop that allows us to collect our by-products and re-use them. It’s a precious resource that we can keep feeding back into the business,” Vanessa says.

“It’s a big point of difference for us, as we’re the only tap manufacturer in Australia that operates in this way. We’re very passionate about sustainability and always strive to do better.”

Vanessa was thrilled to be named Young Manufacturer of the Year at the Victorian Manufacturing Hall of Fame Awards in 2018. “I felt very proud,” she says. “It’s lovely to be recognised, but it just makes me hungry to do better. I’m still just a spring chicken in this industry – I have a lot of work ahead of me.”

Some people may consider taps to be little more than functional objects; however, Vanessa sees them as works of art. “Tapware is the jewellery of the room,” she enthuses.

In fact, Sussex Taps has collaborated with a jeweller to give customers the option of including diamonds in their taps. While not everyone wants jewelled tapware, Vanessa says there’s been a huge increase in demand for customisation.

“George has an IT background, so we have launched a design studio app that allows our clients to customise the finishes on their tap to create something bespoke.”

While Vanessa focuses on the design and marketing aspects of the business, George looks after operations. It took the couple a while to adjust to working together, but Vanessa says they now have a great working relationship.

“Our working and leadership styles are different, but I think that really helps us to complement each other,” she explains.

Raising two young girls, aged five and eight, while running the business keeps Vanessa and George on their toes. However, life is about to get busier than ever for the couple, who are expecting twins in December.

“The business was running well, so we decided to have one more baby – and then we found out we’re having twins!” Vanessa laughs. “It was a big surprise and we feel very blessed. It certainly is a juggle, but I live and breathe the business and I’m so passionate about it, so it never feels like work.” 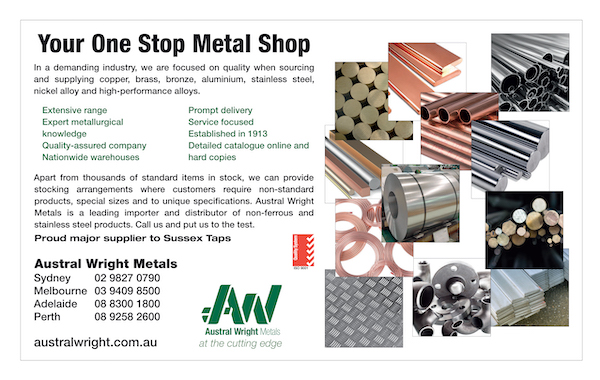