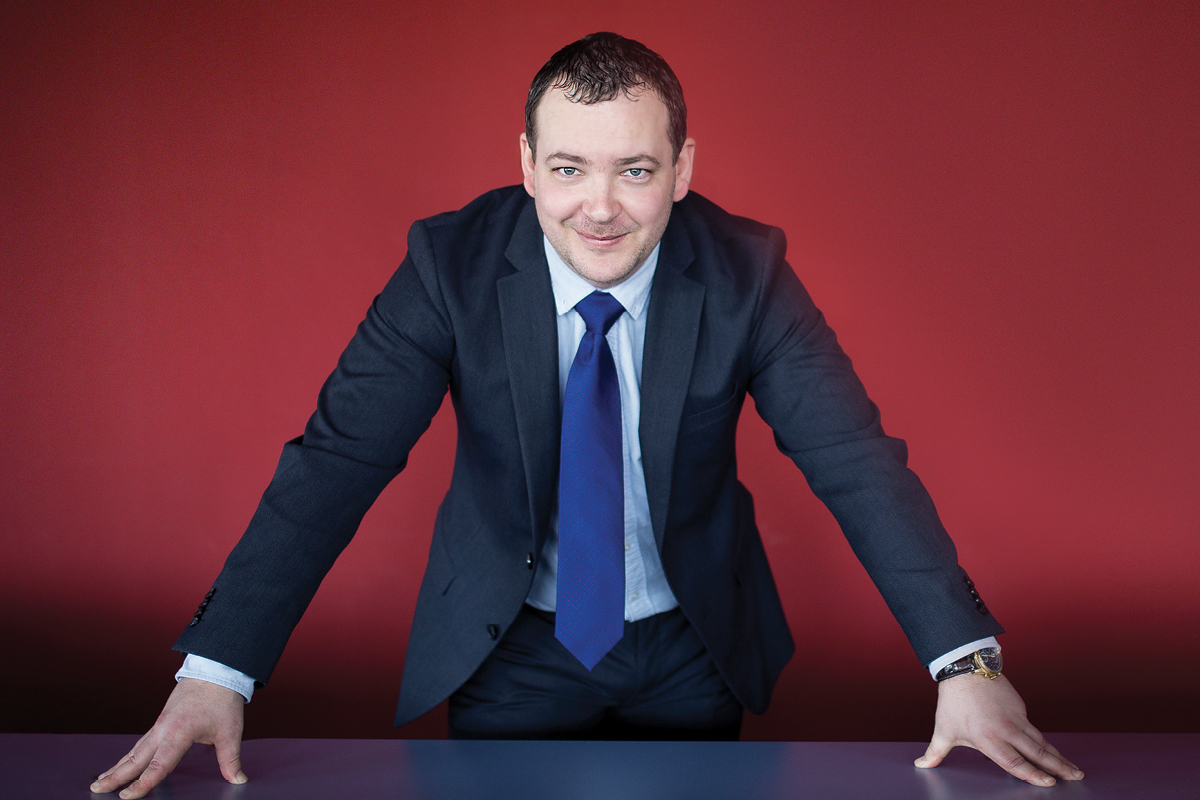 Desperate to step outside of his comfort zone, Žilvinas Dubosas welcomed the promise of tackling challenges every day at bicycle company Baltik Vairas. “I just didn’t expect there to be so many,” he laughs.

When he took on the role of head of purchasing and production in 2014, Žilvinas knew nothing about bikes, except how to ride them, and even that was a limited pastime in Lithuania. He’d spent most of his working life using his degrees in poly chemistry, pursuing his passion for science, and had been a production manager at a cosmetics company for eight years when he decided he needed a change.

“I had achieved a lot and turned the company around,” he reflects. “But it was becoming boring for me. I was still young with a lot of energy, I needed to tackle something new.”

His ‘something new’ hurled him well and truly out of his comfort zone into a company on the verge of bankruptcy, lacking structure, technology and efficiency. In fact, he remembers Baltik’s financial circumstances as being so dire, that any decisions warranting change, no matter how tough and unpopular, couldn’t have made the situation any worse.

Based in Šiauliai, Lithuania, Baltik had just been acquired from the German Panther Group by Danish investor Niels Peter Pretzmann and LitCapital. Under the new leadership of CEO Peter Jensby, implementing the Lean principles of creating more value with fewer resources, it took Žilvinas less than a year to improve on-time delivery by 40%. He was appointed COO by the end of 2014 and replaced Jensby as CEO by 2016.

Today, five years down the track, Baltik is celebrating record sales and a reputation for being the largest bicycle manufacturer in Northern Europe. The company has evolved from being a mediocre production plant, top heavy with manual labour, into a digitalised sustainable OEM producing mid to high-end bikes for export throughout Europe.

“It was very difficult in the beginning,” Žilvinas says, “but we knew if we continued the same way, the company would be bankrupt. Not everyone wanted change and we had to say goodbye to people, good people, who’d been with the company many years and who probably knew how to assemble a bike with blindfolds on. But they didn’t believe in what we were doing.”

A major priority was to decentralise the 500-plus strong workforce, from management down, to enable all employees to become more involved in the business, rather than just following procedure. “Management was changed 90% into a team willing to be more flexible,” explains Žilvinas. “We also had to change the mindset of employees not used to thinking for themselves. We encouraged their ideas and they started feeling useful and more motivated. Now we invest heavily in training to keep them.”

Once the structure was in place, the next step was to streamline production. Customers were surveyed to discover what the market demanded and the result was a decision to manufacture better quality bikes. 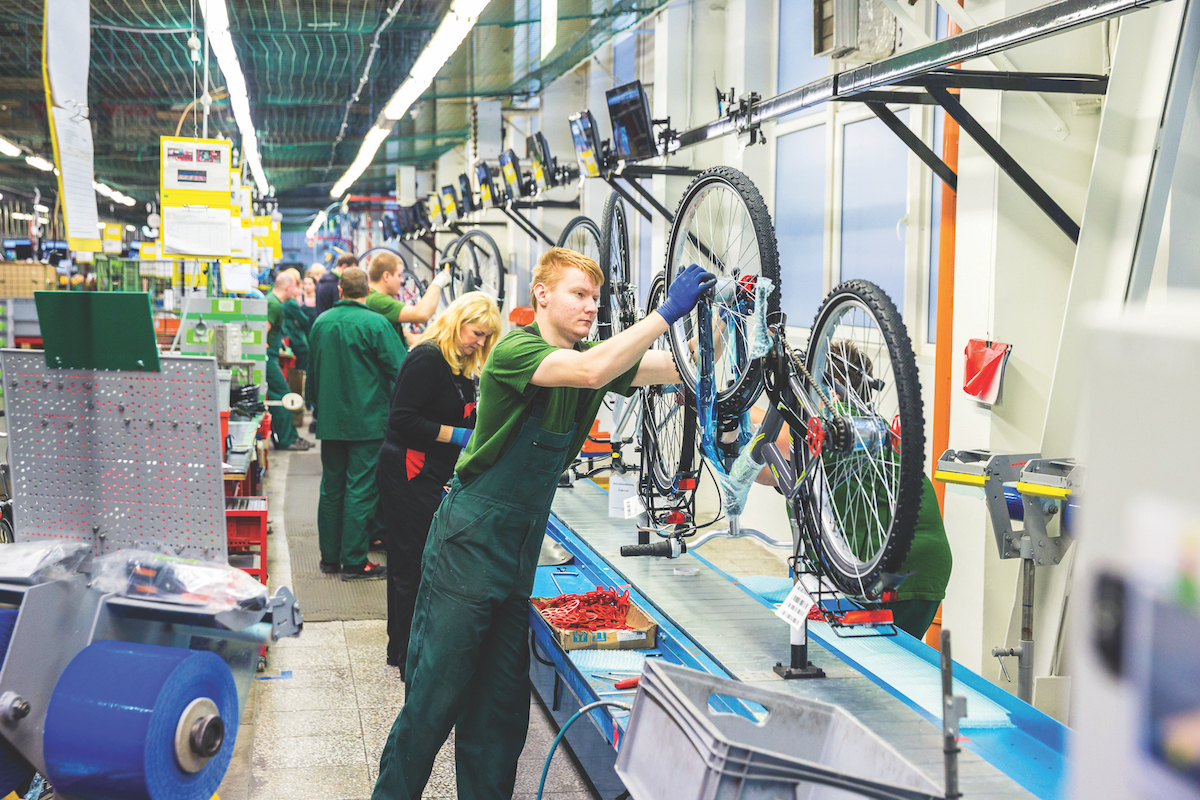 “We discovered that delivering a cheaper product really wasn’t the best way forward,” Žilvinas says. “But, of course, delivering quality and high-end service reduces the flexibility to mass produce, which meant more
changes. But we developed a strategy and worked on it.”

With a trimmed portfolio and the focus heavily on the rapidly growing market of e-bikes, imports of cheaper parts from China were also cut and replaced by in-house development and testing. The company produces more than 300,000 bikes a year and Žilvinas predicts the e-bike is the future of cycling. Even in Lithuania the idea of using bikes for transport is catching on.

“We don’t cycle much here, compared with other European countries,” he says. “Although there is a greater understanding that bikes are not just for leisure and can be used for deliveries in cities. Then there’s the bike-sharing trend, a very popular system in the Netherlands, that’s also expanding to other countries.”

While transforming the company has been difficult and Žilvinas is far from becoming bored in a new comfort zone, he’s more than comfortable with the team he has built. “Being a team player is probably my strongest feature,” he says. “I don’t want to be a superstar, I’m a CEO and that’s only a position, something that’s written in the contract. I am an employee like everyone else.

“The company is people. And investment into people always pays back.”

“My job is to motivate people, to motivate them to think; to make decisions by themselves. Even when they make mistakes, that’s okay, because they are learning. “The company is not real estate, or just a building. Nor is it a machine. The company is people. And investment into people always pays back.” 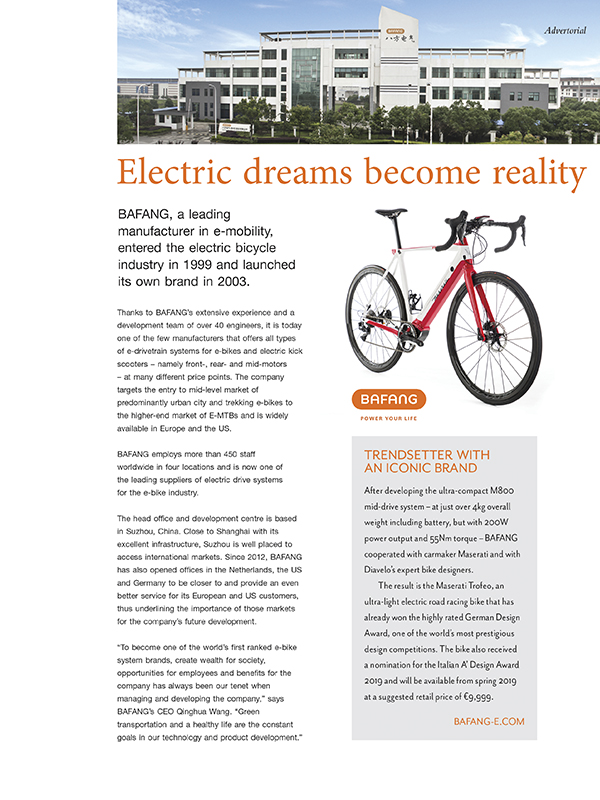 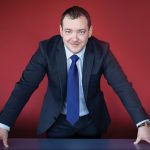