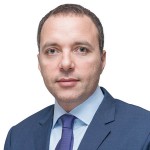 RAK Ceramics was established in 1989, founded by a vision of using the latest technology and machinery to produce the highest quality sanitaryware and tiles in the global market. From the very beginning, RAK Ceramics has been built on a solid foundation; the company is known for having some of the best production tools in the world. After producing and selling its products in the United Arab Emirates (UAE) and exporting to the surrounding Gulf Cooperation Council (GCC) states, by 2000 RAK was widely accepted as one of the best ceramics producers in the region.

RAK Ceramics continues to distinguish itself in the international market. From 2000 to 2004, RAK Ceramics expanded around the world until it had a footprint in more than 120 countries. After 2004, the company started on plans to double its capacity. Shortly afterwards, Abdallah Massaad started as a marketing consultant for RAK Ceramics, providing advice on how to strengthen the companys distribution network, form a range of products, and enhance their image as the leading company in the ceramics industry.