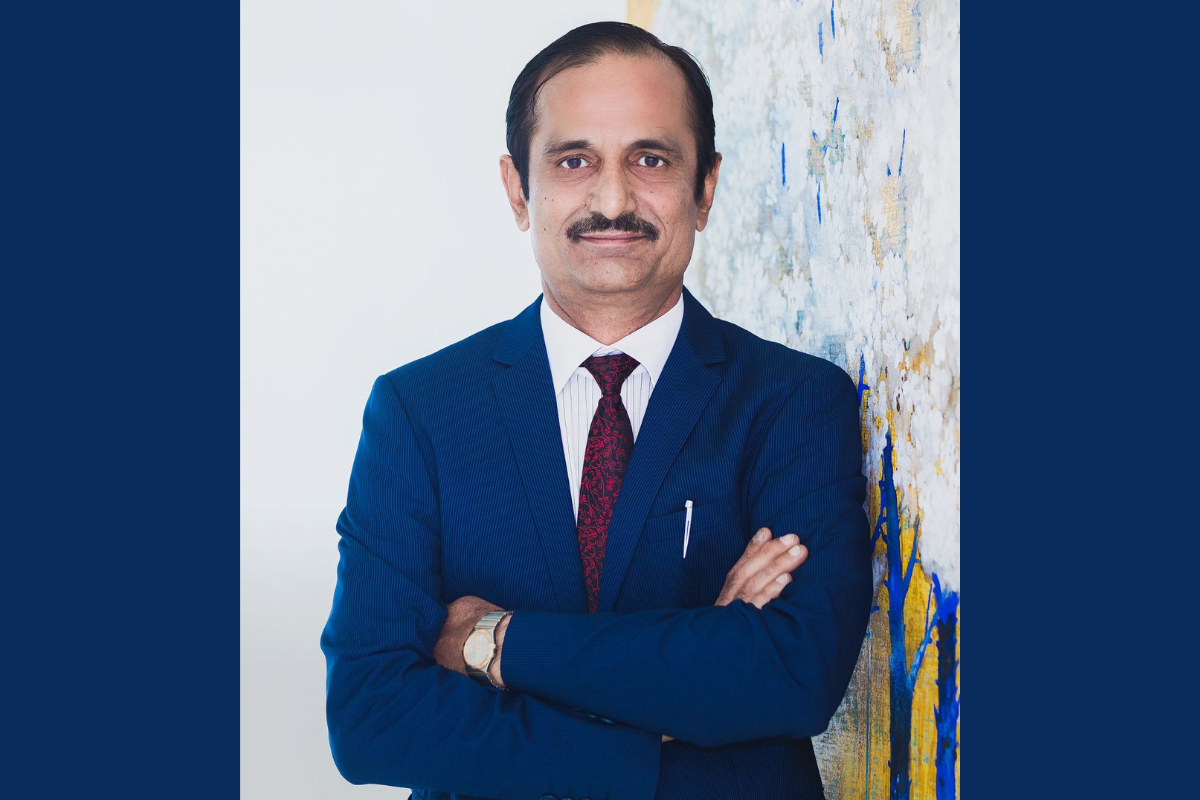 India has stepped up to meet the world’s insatiable demand for the alloy and is now the world’s second-largest producer of steel. In fact, so voracious is the global appetite for steel that predictions have India’s crude production jumping by 18 per cent to a weighty total of 120 million tonnes during 2022.

The bulk of the heavy lifting, it seems, comes down to India’s largest manufacturer of coated steel, JSW Steel Coated Products Limited (JSWSCPL). Despite its relatively young age – it was established as a subsidiary of JSW Steel in 2013 – JSWSCPL is growing almost in tandem with demand. The past two years in particular have seen an explosion in growth, particularly through acquisitions, and CEO Sharad Mahendra says every addition builds strength.

“When I took charge in 2020, JSWSCPL was in an expansion stage of existing capacities through brownfield developments. Also, there were many opportunities available in the market through acquisitions,” he tells The CEO Magazine. So acquire JSWSCPL did. One year later, new locations were added to JSWSCPL’s operations, allowing the steel giant to add a new dimension to its presence. “We had the complexity of multiple new products and locations, which are spread across six different manufacturing locations around the country.”

The additions also had an effect internally. As the personnel from the newly acquired businesses were integrated into the JSWSCPL family, Sharad says it brought a new depth to the company culture. “When you acquire an organisation, the immediate challenge is the integration of the new staff, which is very, very important,” he says. “I’m pleased to say we’ve been able to reorient people and refocus our mindset so that we could all adopt the core values of the organisation across all locations.” 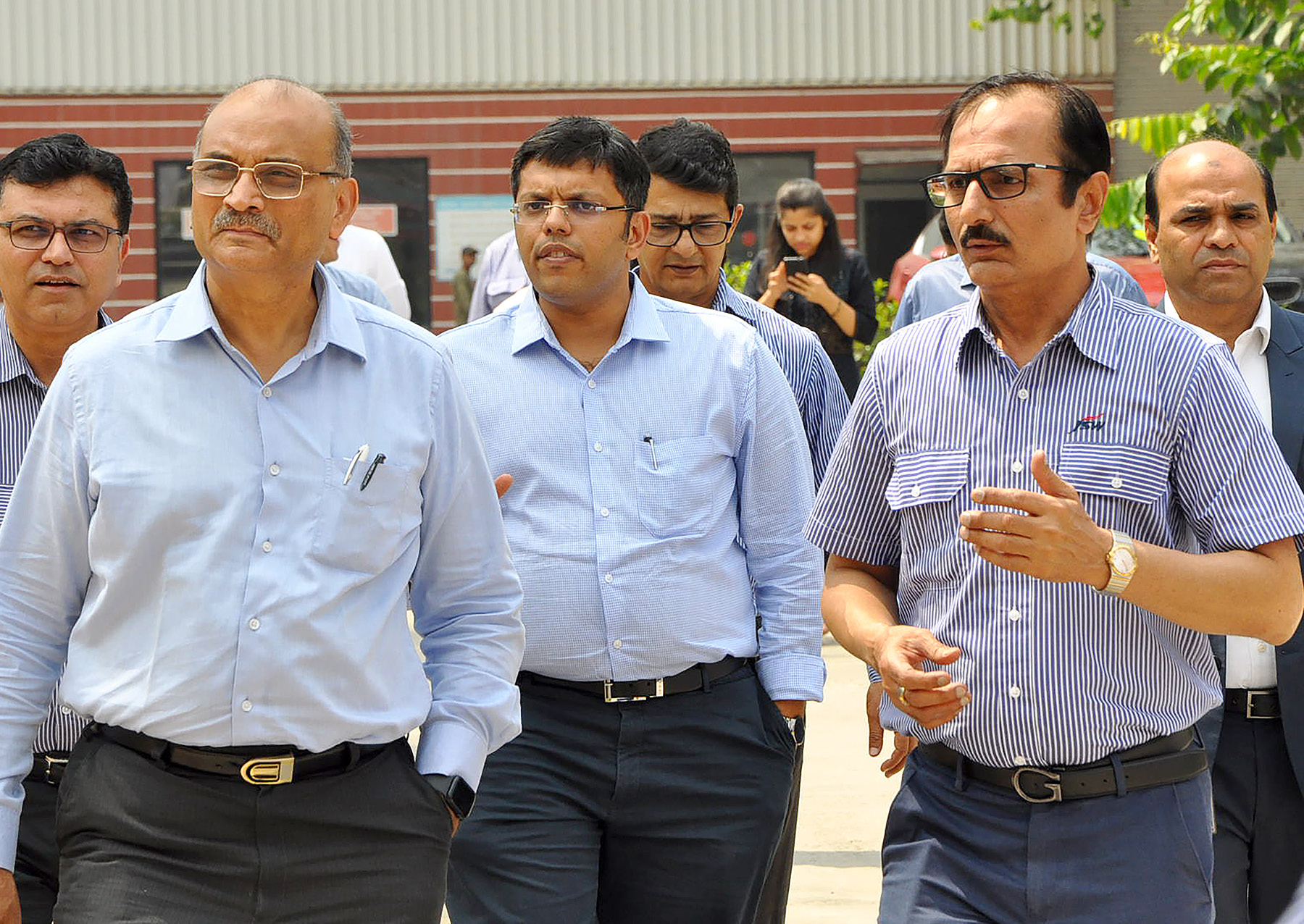 When you acquire an organisation, the immediate challenge is the integration of the new staff, which is very, very important.

And the most immediate outcome of these acquisitions and expansions has been a greater strength, which Sharad says has added muscle to JSWSCPL’s purpose. “Our ultimate objective is to serve the end consumer. It’s the most important thing in the entire value chain,” he says. “India is a vast country, and serving from one or two locations makes meeting customer needs in a timely fashion very challenging. These strategic new locations have enabled us to have a presence in the north, the south, the east and the west.”

The newfound ubiquity of JSWSCPL has helped take the organisation to the next level, guaranteeing its place at the top of a very tall hill. “We can offer our consumers the comfort of timely and quality service across a very comprehensive product range, I’d say the most comprehensive in the coated space,” Sharad says.

“And it’s not just that we produce and sell; we identify the end-use industries and cater specifically to them. This is what’s made us the largest coated steel producer in India and, I can say, among the top six in the world in terms of capacity.”

One of Sharad’s goals when he took on the CEO role was to further establish JSWSCPL as a global player in the steel industry; a goal he’d been actively working towards since he joined the company in 2006. “I started my career at JSW as Head of Domestic Sales for coated steel,” he says. “This was before it had become a subsidiary.” 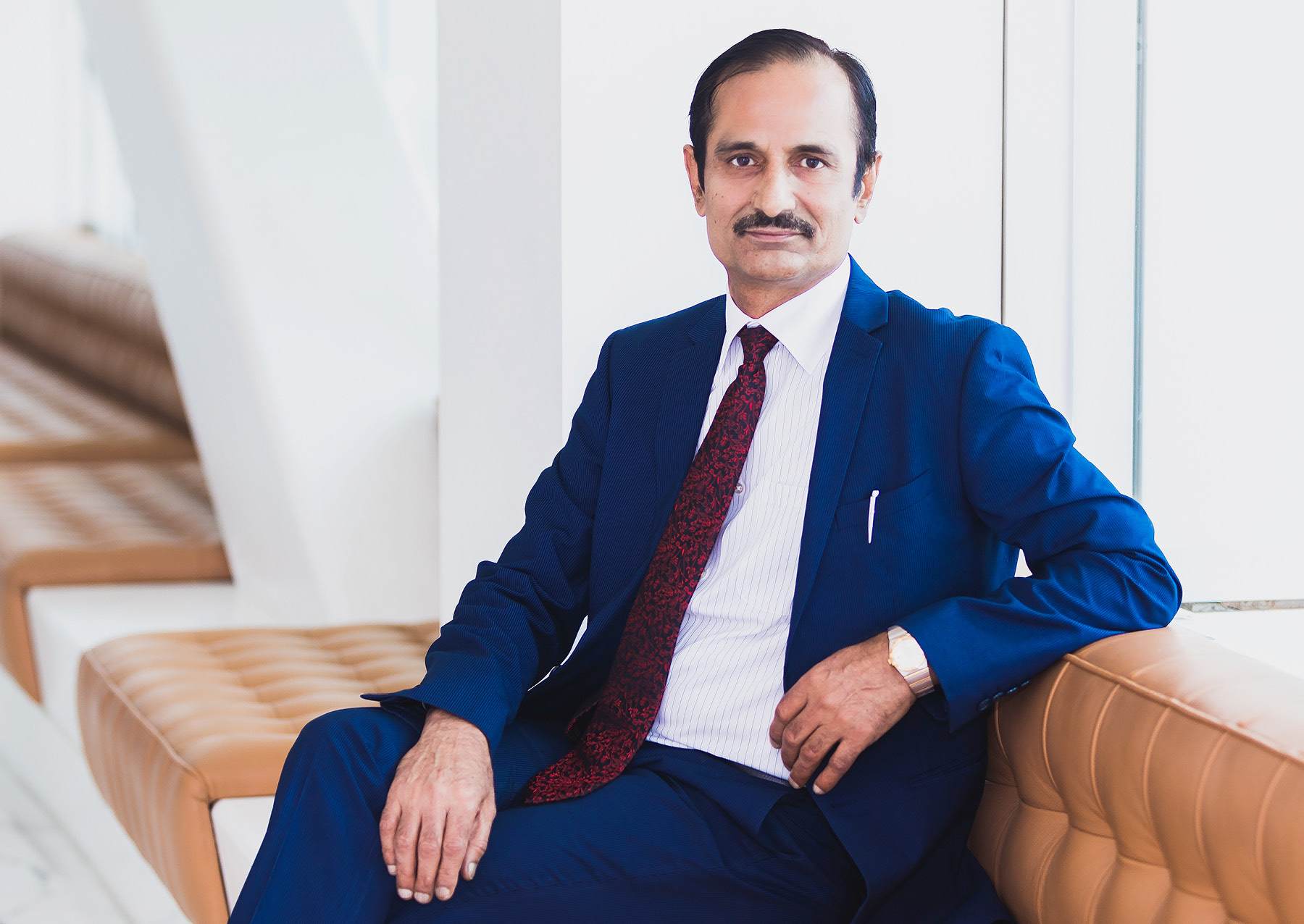 Our ultimate objective is to serve the end consumer. It’s the most important thing in the entire value chain.

Soon, Sharad moved on to Head of Sales and Marketing for the entire business and after that to JSW Energy. “It was a different kind of experience,” he says. “I took charge as Chief Operating Officer, so I was looking after multiple power generation plants.” But once the COVID-19 pandemic hit, the company was forced into lockdown. “The day we came back to the office was the day I started as CEO for JSWSCPL.”

Growth aside, Sharad knew that sustainability had to be a focus of his time in the top job. “It was the most important thing, really,” he says. “And JSWSCPL had to be driven by systems and processes rather than individual-driven. That’s been possible, and we’ve been successful in building it into an organisation of the future.”

With more than 5,000 people in his charge, the change of mindset, delegation and leadership required to future-coat JSWSCPL hasn’t been easy to achieve. “We had to have common values and a shared focus,” Sharad says. “You’re dealing with people who have been with the company for many years, and they’ve seen us grow from very small to as big as we’ve become. They need to feel that they’ve achieved something, and I believe they have.”

JSWSCPL has also addressed gender diversity. “Even as recently as a year ago, only about 1.5 per cent of our staff were women,” Sharad says. “We took the initiative to change that, and just 12 months later, we’re up to 11.5 per cent women. The cultural shift that came with that addition has been extremely encouraging.”

Even more important, says Sharad, was conveying precisely what it was that made JSWSCPL reach even further in 2020. “We’ve brought on many younger people in the last year and a half, and having a strong mix of experienced and young minds – of wisdom, experience and energy – really helps enable a company to be ready for the future,” he says. “We’ve made ourselves more adaptable to what is a volatile environment.”

Of the almost 159 million tonnes of crude steel produced worldwide in 2021, JSW produced seven million, largely exported to the West. “But as demand grows, we’re having to grow our capacity,” Sharad says. By 2025, JSW hopes to reach 11 million tonnes, with further increases by 2030. 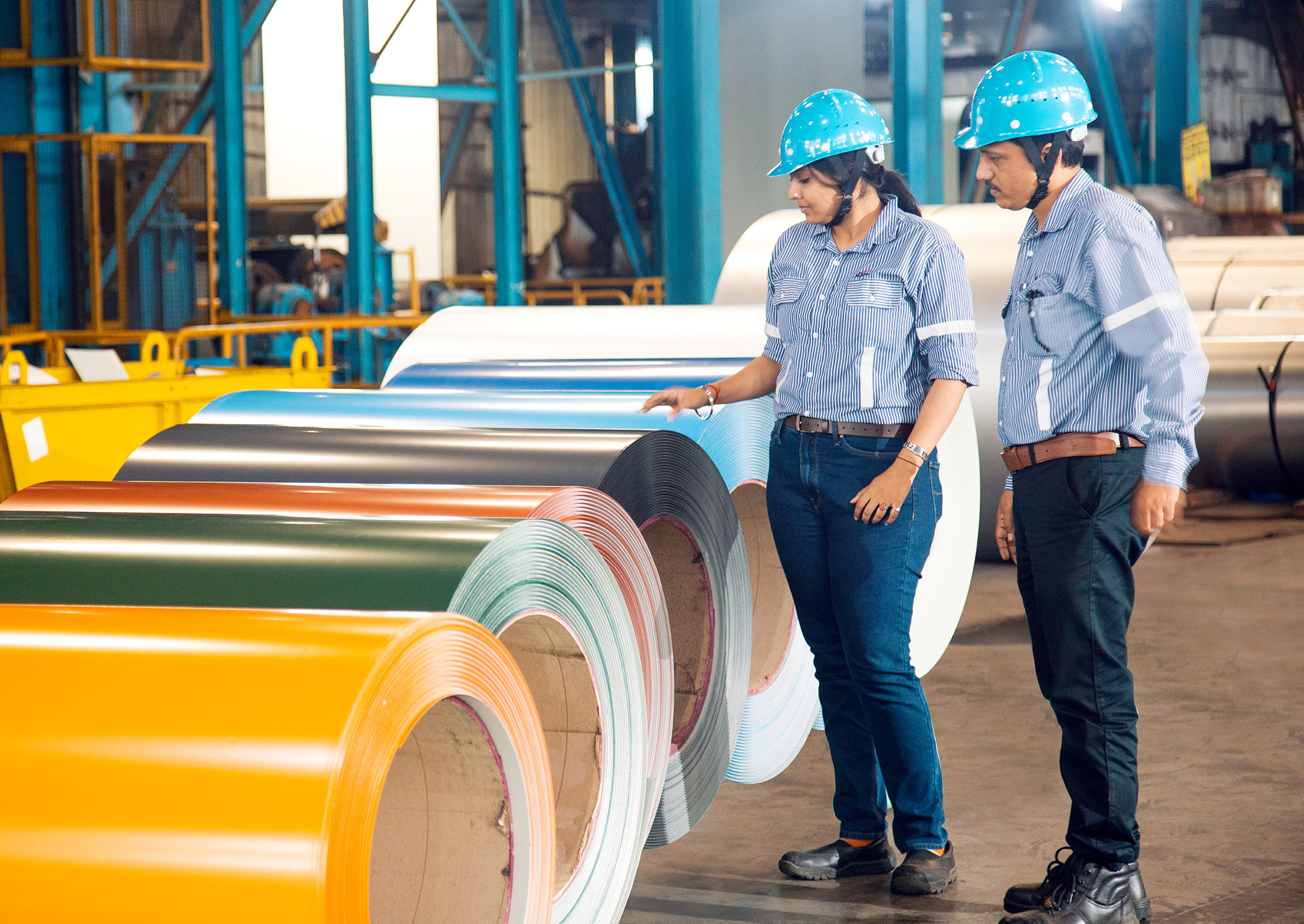 We’ve brought on many younger people in the last year and a half, and having a strong mix of experienced and young minds.

While China has driven much of the world’s demand thus far, India itself seems to be the next country to push demand to new heights. “I strongly feel that now is the time that India will give back to the world in this way,” Sharad says. “India is going to play a very important role in the global economy going forward not only in steel, but in a more general way. With that in mind, JSWSCPL has to be ready to cater to the opportunities to come.”

It wouldn’t be the first time, either. In 2008, JSWSCPL released Galvalume, an aluminium zinc, silicon alloy coating not previously available on the Indian market. “It was a licensed product, so we took the licence and built up the capacity in India,” Sharad says. “We transformed the market from pure galvanised steel to Galvalume, which is a far superior product. Today, a large portion of the market has permanently moved to that product, and we feel proud we took that step.” In other words, when opportunities arise, JSWSCPL is ready to pounce.

“It’s our duty to ensure that whatever we give to society, we do so in a responsible way,” Sharad says. “We’re lucky to be able to do so in India, which is still a developing economy. Whatever you make available creates demand. In the Western world, full of mature economies, it’s the other way around.”

The future plays heavily on Sharad’s mind. It is where the movements he’s started during his time as CEO will mature and become the new standard, where his industry will become as galvanised as the products JSWSCPL produces and sells, and where his country will take an even higher place on the world podium. “We are growing very fast. We’re focusing on automation, on digitalisation, on transparency and diversity. We reward new ideas and we don’t rest on our laurels.”

A manufacturer of all kinds of mill rolls for ferrous and non-ferrous rolling mills. 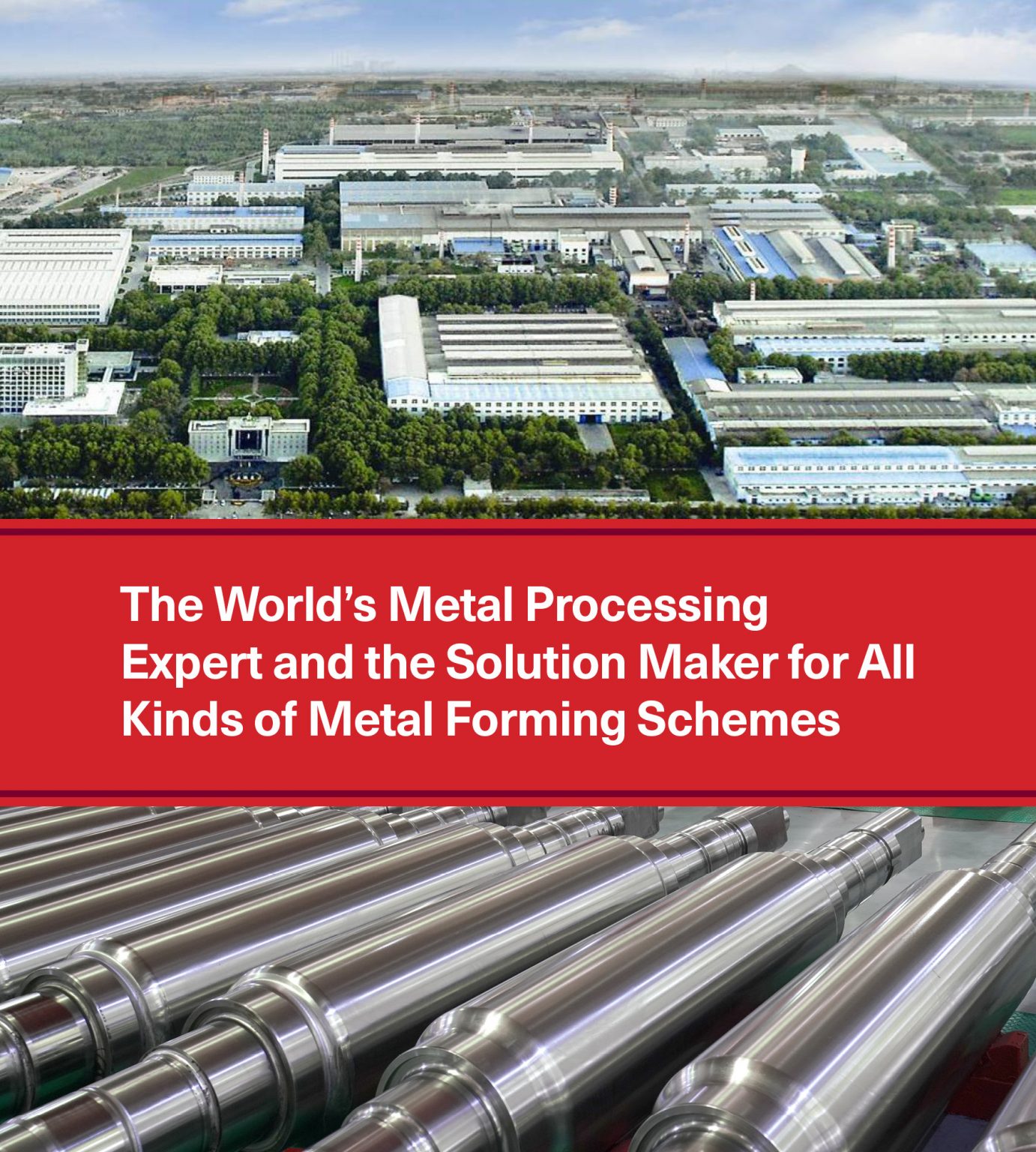