In the nineteenth century, when gold was first discovered in the various British colonies, The Royal Mint in London decided to build subsidiaries in each of Australia’s booming regions. Thus three mints were established — in Sydney, Melbourne, and Perth.

Diggers flocked to the gold-rush areas and then deposited their raw finds into the mints, where the pieces would be refined and cast into gold coinage.

At 117 years old, The Perth Mint in Western Australia is one of the oldest mints in the world still operating from its original premises.

Possession of The Perth Mint was transferred to the Government of Western Australia in 1970, a fortuitous time considering a new gold boom was about to hit. The price of gold rose significantly and the Mint became the focus of renewed interest and opportunity. In the mid 80s, its operations were rejuvenated, with the government embarking on a revitalisation program. The Gold Corporation Act was passed by state parliament, empowering the business to mint and market gold, silver, and platinum Australian legal tender coinage to investors and collectors worldwide.

In 1987, the Australian Nugget Gold Coin Series was launched, and the first day’s trading yielded sales of 155,000 ounces of gold, worth $103 million, well above the sales target of 130,000 ounces for its entire sale period.

Since that time, in excess of eight million ounces of gold coins and eighty-two million ounces of silver coins have been manufactured and sold throughout the globe. Fast forward to 2016 and The Perth Mint is still demonstrating great success. Its mission to refine, design, mint, securely store, and distribute precious metal coins and bullion bars has been well received internationally. However, even as the original producer of Australia’s precious metals coin program, The Perth Mint no longer produces any of the nation’s circulating coin currency — that is a task now solely undertaken by the Royal Australian Mint in Canberra. 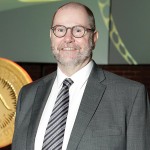