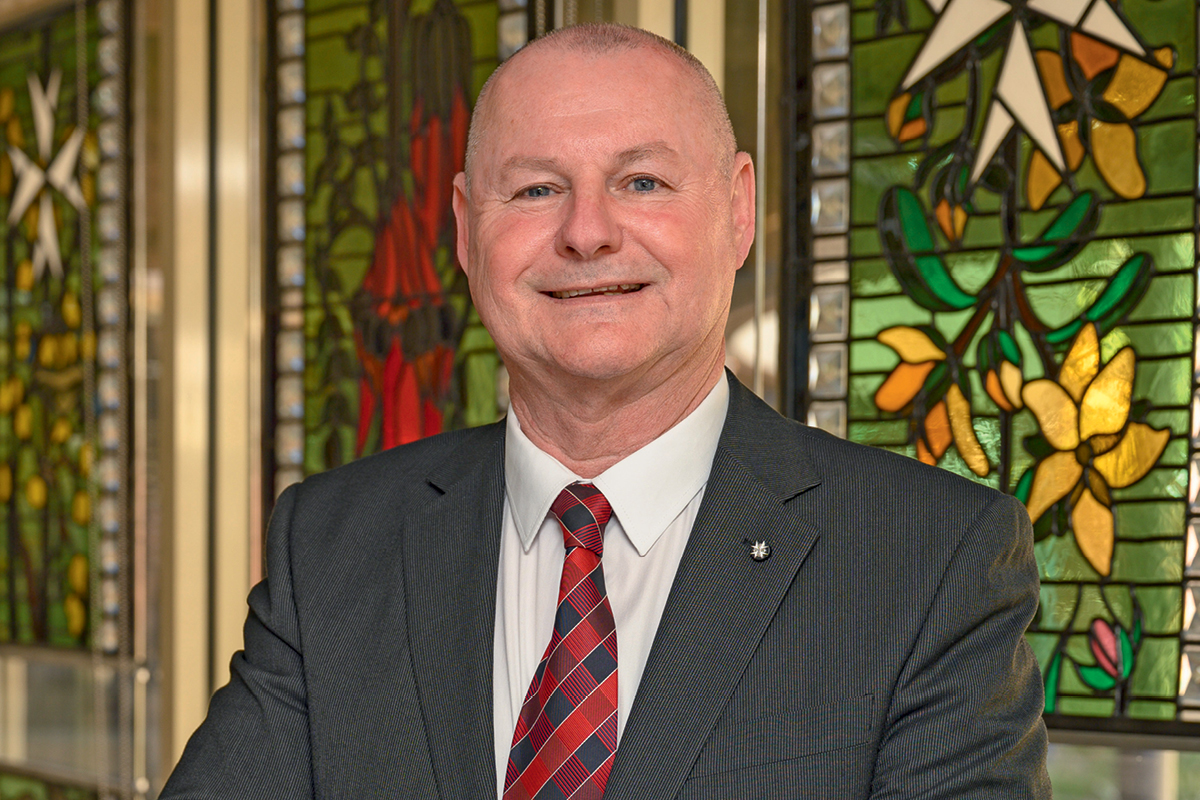 Over a period of more than 50 years, St John Ambulance’s Len Fiori has gone from being a St John cadet to the CEO. Albeit, with a few stops along the way. “I started as a cadet back in the 1960s and have stayed involved with the organisation throughout my adult life.

“St John Ambulance has definitely played a huge part in shaping my career; I would go so far as to say that being part of the organisation was the reason I decided to go into nursing. I started out as a young person looking for something to do, but after spending time as a volunteer as well as a cadet, it helped me see that I’d like to work in the medical field,” Len says.

“I did my certificate in nursing at Williamstown Hospital in Victoria. Back then, you did your nursing training in a hospital; so, your qualification was the result of the time you spent studying within the hospital as well as the hands-on work experience. After graduation, I spent another three years working in the hospital system, also studying accident and emergency medicine, coronary care and intensive-care nursing. After six years of work and study, I decided I wanted to do something quite different, so I took a role teaching for the National Heart Foundation.”

After stints teaching the risk factors of heart disease for the National Heart Foundation and a role working for Australian Red Cross, Len made the move into medical sales, and relocated overseas. “I loved working in this area and was happy to take the role of International Product and Marketing Manager and head over to Norway for four years,” he says.

“I started as a cadet back in the 1960s and have stayed involved with the organisation throughout my adult life.”

“Norway is a wonderful country with a rich social welfare system, but the move there was challenging. English isn’t the first language and so I had to adapt quickly to a different language and culture. Overall though, it was a great experience.”

After a move back to Australia, and another four years with the same company, Len left the world of medical sales to be drawn straight back into his passion for first aid. “I took a senior management role with a large St John Ambulance competitor before an opening came up to go back to St John,” he says. “The role, in Canberra, was the National Manager of Volunteer Services, with responsibility for supporting members. Then the position of National CEO came up and I accepted the invitation to take on the role.”

Len was CEO between 2001 and 2008 before once again changing roles – as Ambulance Service Director for St John Ambulance in Western Australia. Four years later, family drew him back to Canberra where he was Acting CEO for St John ACT, then in 2017, he was appointed National CEO once again.

“The longstanding relationship I have with the organisation can be tracked back to my days as a cadet. I’ve grown up in this organisation and so I am very familiar with what we do and what we stand for,” he says. “We are quite unique in terms of who we are and what we do in the community. Having that long history, and understanding the culture, has helped me shape the way we do things.”

Len’s passion for, and commitment to, St John Ambulance is obvious throughout our conversation, but it’s when talking about driving awareness around public access defibrillation that it really becomes apparent.

“There’s no doubt that the organisation has made a huge difference in making first aid a part of everyone’s life,” he tells The CEO Magazine. “We genuinely believe that first aid training can help you save someone’s life. The current focus for St John is on public access defibrillation. We want everyone to have access to a defibrillator in case they have to deal with a sudden cardiac arrest.

“In Australia, approximately 30,000 people die suddenly from cardiac arrest each year. A defibrillator makes a significant difference in that situation. Delivering a shock to restart the heart is time-critical because the reality is that, best-case scenario, an ambulance will arrive anywhere between eight and 15 minutes after a sudden cardiac arrest. The window of opportunity to save a life is within the first five minutes. Applying a shock with a defibrillator can increase survival rates by up to 80%.” 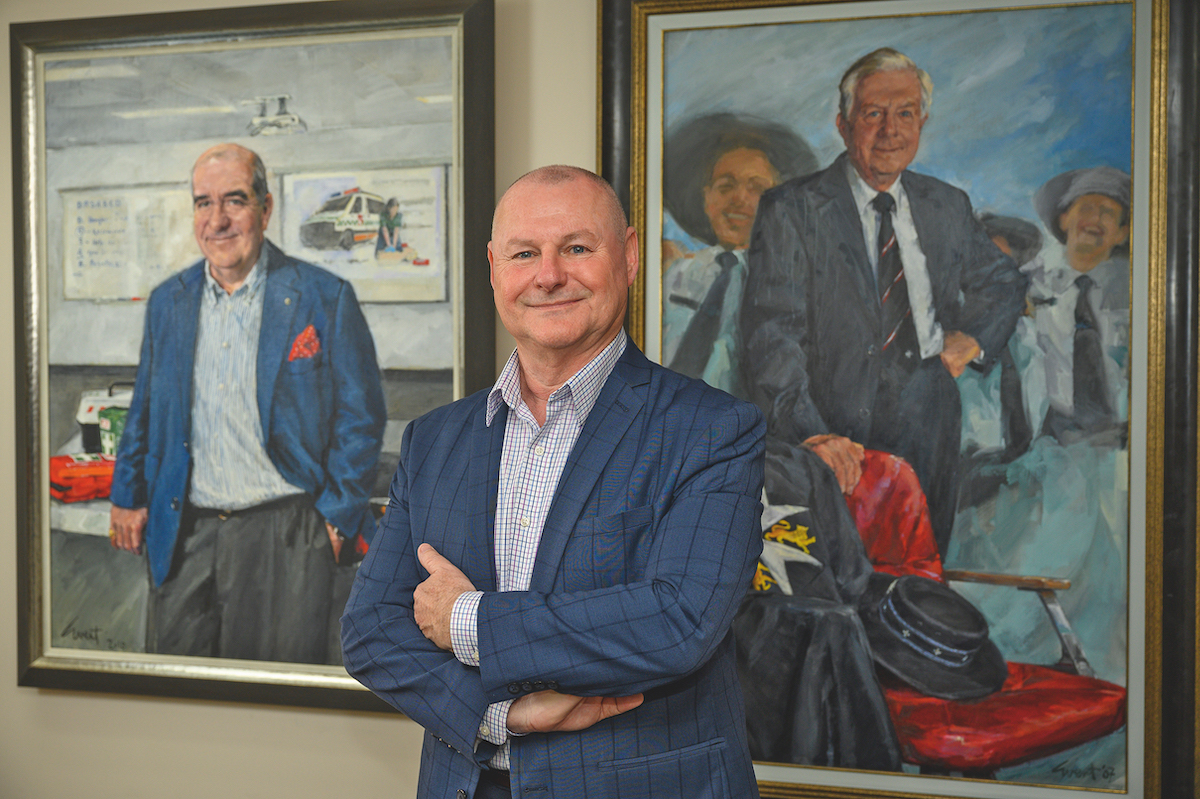 Gaining public access to defibrillators is St John Ambulance’s ongoing campaign, and raising awareness is something Len refers to as his “biggest challenge”. “We’re working hard with manufacturers to get the price down on defibrillators so it’s not price prohibitive if you’re thinking of buying one for the home,” he says.

“We want people to be able to access them, the same way they do a first aid kit. At the moment the cheapest one is around A$2,400 and we want to get them down to around A$800–A$1,000. We think it will happen; it will just take time. When you consider that approximately 70% of all sudden cardiac arrests happen in the home, you understand just how important access is to a defibrillator.”

Saving lives is something Len has dedicated his entire career to, yet he describes himself in the same way as he describes his organisation – the quiet achiever.

“St John Ambulance has been around for just under 1,000 years. We are one of the longest-serving charities in the world and have been in Australia for more than 135 years.”

“St John Ambulance has been around for just under 1,000 years. We are one of the longest-serving charities in the world and have been in Australia for more than 135 years. Even though we have a good reputation, we don’t have the same profile as, say, the National Heart Foundation. That’s why I always say we’re the quiet achiever. We do a lot of very good work in the community, and we do it with very little recognition,” he says.

“The vision of what we do remains the same; we want to make first aid a part of everyone’s life, because we know that every single Australian will be touched by an event that requires some level of first aid knowledge. Whether that’s applying a bandaid, looking after someone with asthma, dealing with an airway that needs to be cleared or doing CPR. Every single Australian should have some knowledge to be able to do something and that will remain my, and St John’s, mission for the years to come.”