A step ahead: Andrew Wiesener Andrew Wiesener grew up observing his parents work on home renovations and small-time property development with their real estate business, while his uncle managed the finance for entrepreneur John Elliott.

From a young age he had a passion for “creating and building” so, after high school, the choice between following in his uncle’s footsteps into corporate mergers and acquisitions or joining the bricks-and-mortar housing industry was easy for him.

He chose to study a Land Economics degree at university and, after graduating, Andrew went on to work for major commercial real estate company JLL, known as Jones Lang Wootton at the time (now Jones Lang LaSalle). 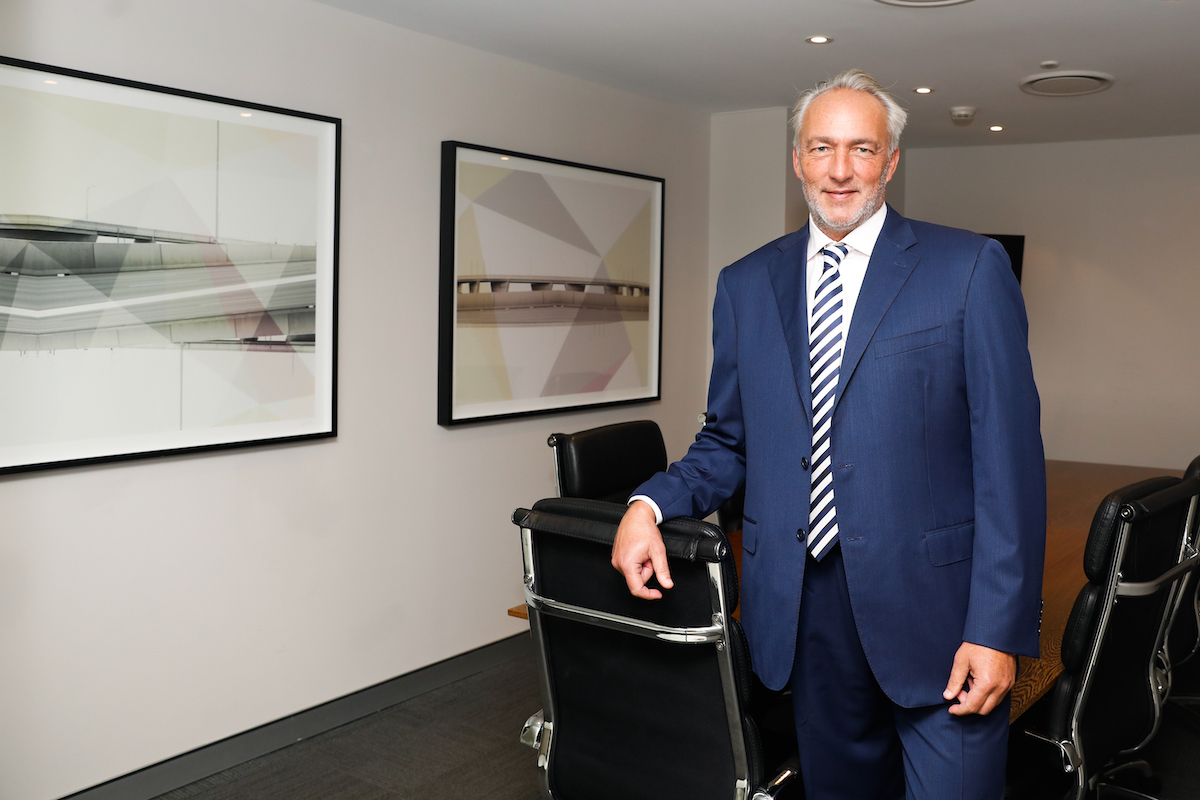 Two years in, Andrew says he realised “a large corporate environment was not for me”. His director provided some gentle encouragement to pursue working for himself and, about a year later, after a stint with property developer AVJennings, Andrew took the plunge and founded Crownland Developments.

As a 24-year-old running a building development company, Andrew was often compared with the “larger private developers who were typically in their fifties”. Buyers initially didn’t take him seriously as a young man “looking to buy a million-dollar property”.

“They would look at me and think, ‘Why am I going to go with you instead of a company with a hundred-million-dollar balance sheet?’” But the property owners in western Sydney at the time were willing to give Andrew a go over already established businesses. “It was an exciting time then,” he reflects, “and it remains an exciting time now.”

Andrew adds that the industry has constantly evolved since Crownland cut its teeth developing property in western Sydney – which Andrew labels Sydney’s “main game” – more than two decades ago. “One of the things about property is that it’s always changing,” he says.

Andrew is looking down a massive pipeline of residential construction in Sydney’s west in the near future. “Greater Sydney needs about 725,000 new homes over the next 20 years, housing more than 1.7 million people by 2036,” he projects.

With the state government’s A$3.6 billion infrastructure upgrades in Sydney’s west underway, including a new airport set for 2026, it’s a busy time for residential, commercial and industrial construction.

Crownland has a land bank worth about A$200 million in the area, including 2,000 residential dwellings and a major stake in new retail and apartment developments.

On top of a “proven sales track record and existing long-term relationships with the local authorities, builders and suppliers built up over two decades or more”, he says Crownland is “extremely well placed to benefit from the transformative growth in infrastructure around the new airport”.

Andrew believes “home ownership will remain the great Australian dream”, and he’s made it his mission to actualise that dream for thousands of families.

“Each new home site that Crownland delivers creates an opportunity for a young family to set out on their own course to succeed and deliver on their vision,” he says. “The biggest beneficiaries are our customers, the mums and dads building dream homes to make a start for their families.”

The Crownland team takes its housing supply role seriously. “We’re dedicated to delivering land supply to mums and dads at a price point representing value for money, and that’s key to our success,” he says.

“Our customers often buy off-the-plan, so it’s important Crownland delivers on its promise. After all, these young families are putting their life savings in our hands and their dreams for success along with it. It’s a responsibility we don’t take lightly. Crownland is about delivering on its promise to its customers.”

To do this, Crownland has its finger on the pulse so it can respond quickly to unpredictable market conditions. “It still surprises me how often housing trends and the factors that dictate them change. That’s why it’s so important to have market intelligence.

“We’re in tune with the market, construction trends and changing authority requirements, and we have real-time insight into the risks and opportunities of each phase,” Andrew adds.

Perhaps another reason Crownland has stayed in business for so long is due to Andrew’s “golden rule” – to make sure he’s still active in the market through downturns, when his competitors fall away. “They’re not there to benefit from the good times when the market turns around,” he says. 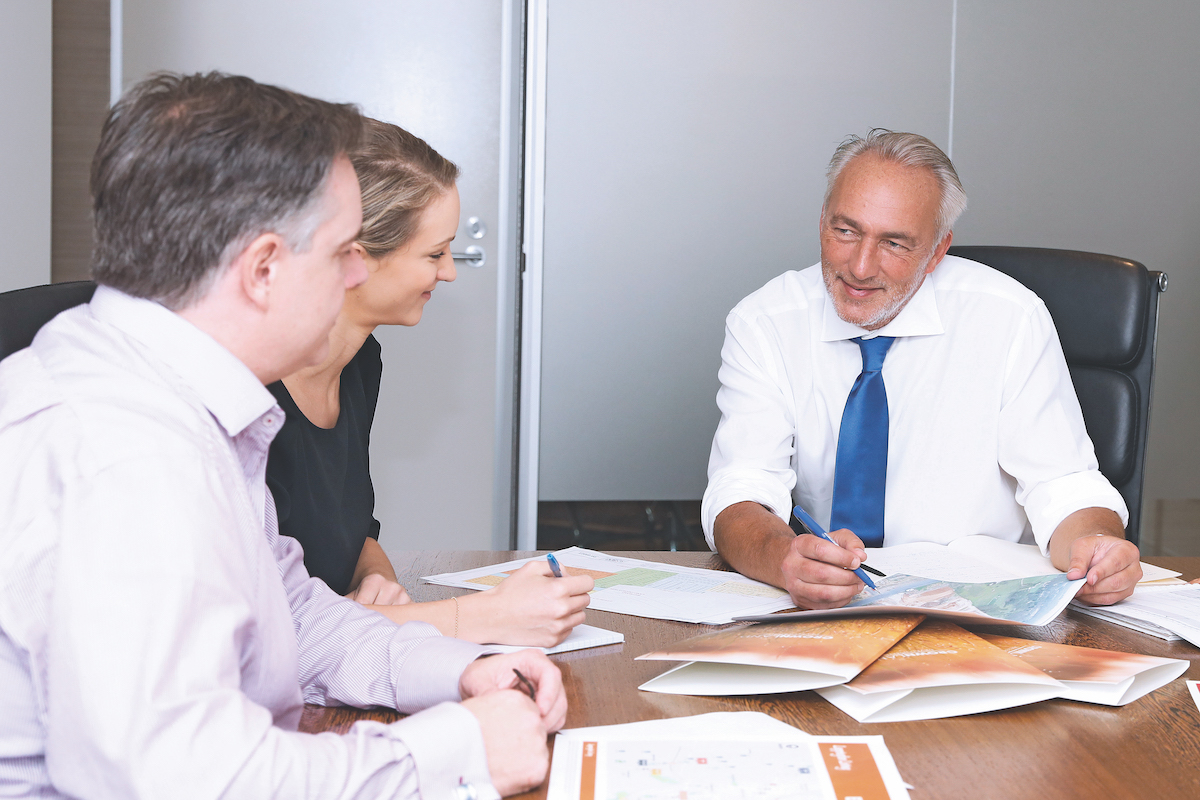 Having experienced three market slumps – the first in the early 2000s, then the global financial crisis and now the tightening credit from bank lenders, Andrew says, “From my perspective, the current climate is the most challenging of them all. “These are tough times for the property industry, and developers in particular,” he concedes.

While Andrew doesn’t turn his eye away from the tough realities facing the industry, he is sceptical about negative news. “You need to be selective about what you read when times are tough,” he argues.

“Negativity tends to breed negativity and it can influence your business plans. You are better off reflecting on your business’s performance measures as an accurate barometer of the true state of play.”

Andrew adds that challenges are a natural part of business. “You’re faced with new challenges every day. If you’re passionate about things, it’s a natural progression to want to take them on,” he points out.

It’s also about getting the timing right and knowing how to tackle these challenges. “The pendulum is always swinging back and forth, and it’s about recognising the direction of that swing and timing delivery to meet the market.”

While externalities such as the credit squeeze can have a flow-on effect on business, Andrew explains Crownland is fortunate enough to be able to build its projects out of equity with a strong track record instead of relying on construction finance, which he believes puts the company a step ahead of the competition.

“Out of the challenge tightening credit is bringing we’ve found an opportunity because of our capital base, giving us an edge over our competitors,” he says.

While Crownland is one of western Sydney’s largest developers, it has a small employee base of 10 people Andrew labels as “self-starters”. “Crownland’s greatest strength is the small but dedicated and highly motivated team,” he says.

“I employ people who are self-driven and have a desire to succeed. As a team, we feed off each other’s strengths, experiences and motivations.”

“I employ people who are self-driven and have a desire to succeed.”

Describing his management style as raw and transparent and the organisation as having an “extremely flat structure”, Andrew allows his staff insight into the business and its direction, while valuing honesty and integrity above all else.

“Those qualities apply equally to my personal life as they do to Crownland’s corporate ethos. Without them, our business couldn’t function into the future. If you practise those simple principles, you can stand tall and be proud no matter the consequences, and you’re remembered and respected for it.”

Andrew adds that these qualities are fundamental to fostering long-term business relationships, such as the partnerships with banks, civil contractors and builders he has built up over the years. “My approach to working with them is one of open communication and dialogue with respect to mutual business,” he says.

As well as focusing on mutual benefits, it’s about building partnerships for the long term. “If they know there’s ongoing business, they foster the relationship and don’t take advantage of it. If your focus is on the long term, short-term issues are never insurmountable.”