Rising to CEO of Immobel by the age of 34, Alexander Hodac insists there is no secret formula – just hard work and surrounding yourself with the right people.

Rising to CEO of Immobel by the age of 34, Alexander Hodac insists there is no secret formula – just hard work and surrounding yourself with the right people. 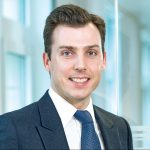 Alexander Hodac isn’t content with just putting up any old building then selling it for a handsome profit, as might be the case with many property developers. Much like his namesake who ruled the ancient kingdom of Macedon, he takes the longer view. As current CEO of Belgian property development company Immobel, 30 to 40 years from now, Alexander wants to be able to tell his daughter about his achievements and legacy as they walk through Brussels together. From both a personal and a societal perspective, it’s about building landmarks that improve society and the way people live together. “By bringing all those people to our projects, we also create indirect jobs with retail in the neighbourhood. From a personal perspective it’s about developing something that future generations can enjoy, but from a societal perspective it’s developing landmarks that significantly contribute to the overall development of a city.”

Being able to have such foresight continues to be the main hurdle for developers, according to Alexander; making sure what is merely an idea today will be an actuality five or so years later. For example, Immobel recently purchased 70,000 square metres of land for development. “But there’s a leaseback with the company that sold it to us for five years, and we’ll be developing it after that. Which means our first apartments there will be constructed after probably six or seven years,” says Alexander.

“Today, when you buy a building, you do a feasibility study, and you’re predicting the state of the market you hope will exist in six or seven years’ time. When you see the tremendous speed of change the world is going through from an IT perspective – whether it’s through cloud computing, crowdfunding, or the spread of social media – you realise you need to follow this change.”

Change is something Alexander would surely be accustomed to as someone who has had a rapid rise into the C-suite by doing the basic things right; working hard and taking in the knowledge and wisdom of the people around him. When he began his career at Deloitte Real Estate in 2005, Alexander recalls standing at the door of his manager’s office every day, asking what he could help out with and what new projects he could work on. “It’s about ambition and working hard. That’s maybe something that I’ve done more than others; seizing opportunities, being there at the right time, meeting with the right people. Yes, there’s always a bit of luck, but it comes from taking initiative and not being afraid of hitting the wall.”

“There’s always a bit of luck, but it comes from taking initiative and not being afraid of hitting the wall.”

Staying humble has also allowed Alexander the opportunity to consistently elevate his skills and abilities. “Maintaining humility is very important and is something too few people have. I think the biggest experience-builder for my career was the fact that I wasn’t afraid of telling people that I didn’t have the answer,” he says.

“I remember when I was interviewed for this role, I told the board of directors that I’m probably not the best developer in the market, but I’m still going to do my best to surround myself with the best team, the best developers, the best CFO, to lead this company. I think being honest is really something that has been good throughout my career. My advice is to just be honest about what you know and what you don’t know. People will appreciate that.”

“My advice is to just be honest about what you know and what you don’t know. People will appreciate that.”

Building from the ground up

1930 FIRST WORKSITE
The Compagnie Immobilière de Belgique lays out 80 hectares of land around Basilique at Koekelberg.

1988 INVESTIMMO
Acquisition of Investimmo, which concentrates on development on the Brussels periphery and in the Flemish region

2016 MERGER
Merger with Allfin: Immobel reaches capitalisation of over €500 million

2017 FRANCE
Development in the France with the acquisition of Nafilyan & Partners.
Source: Immobel

Working in real estate and property was not by any means a natural career progression for Alexander, who initially studied engineering at the University of Brussels’ Solvay Business School. However, he has always been fascinated by the built environment of cities like New York, Washington, Los Angeles, Prague, and Paris in his travels throughout the US and Europe. “Through the architecture, you could gain an understanding of how cities develop,” he says. “It’s been something that has always caught my interest.”

Immobel stays updated with the latest trends through the Urban Land Institute, a global organisation covering the real estate market and analysing trends at the macroeconomic level. The company then connects with big internationally renowned architects. Through organisations, architects, constructors and other developers, Immobel is able to keep up with what’s happening in other parts of the world.

“At our last Christmas party, we invited a trend watcher to come along to talk about how he thinks people will be living and connecting together, and travelling within cities in the next 10, 20 or 30 years,” says Alexander.

‘Waking up the old lady'

When Alexander became CEO in 2015, Immobel was hoping it would rejuvenate the company, or as Alexander says, ‘wake up the old lady’. On that basis, it looks like they’ve succeeded, because Alexander understands that true innovation is more than merely technological advancement. It’s about new ideas and new ways of thinking.

Alexander understands that true innovation is more than merely technological advancement. It’s about new ideas and new ways of thinking.

“I think one of the things which helped when we were ‘waking up the old lady’ was that it has been a huge change process for a lot of people. One of the reasons we succeeded is we were listening to people,” Alexander says.

“I never imposed my way of thinking and working. I tried to do a lot through consensus. That’s how we’ve been able to bring a lot of operational changes. Because you can only implement long-term change if you make sure that the people in the organisation agree with the change. I’ve included them in the whole process.”