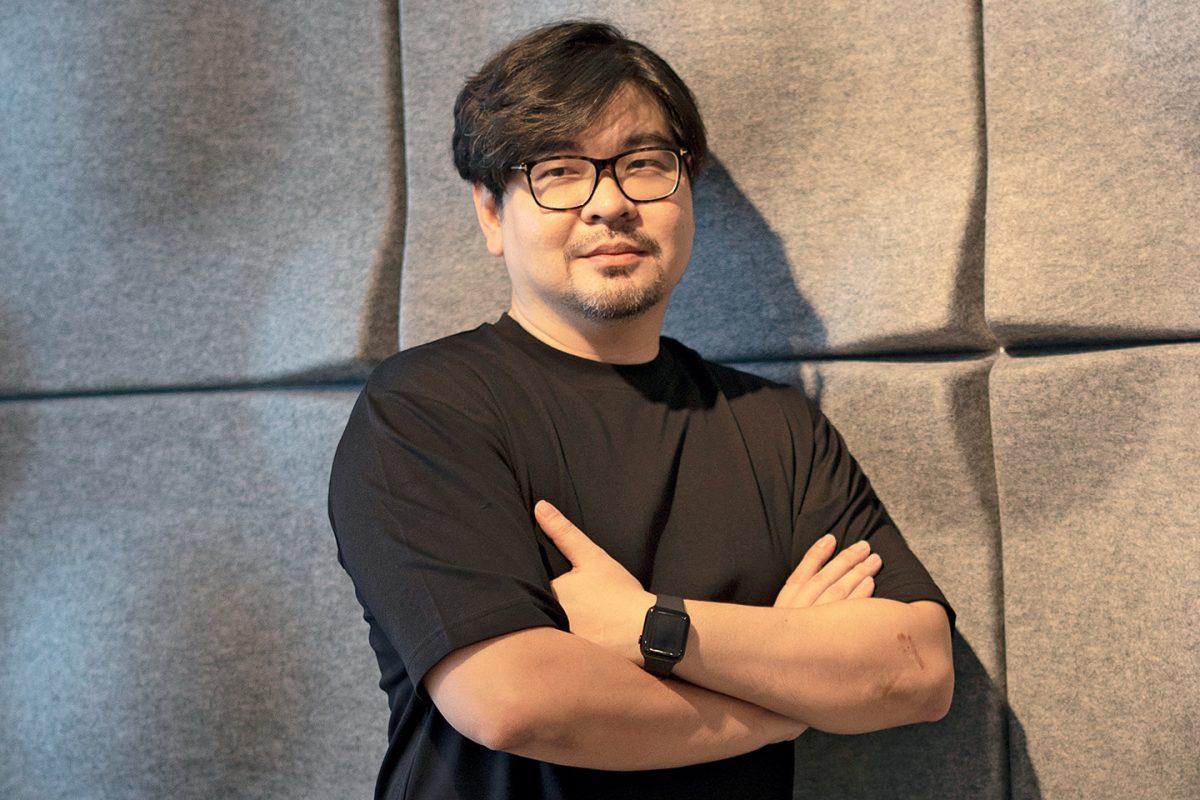 When offering advice to younger colleagues, SCA Design Director Benson Wee turns to the wisdom of Simon Sinek – that aspiring architects and designers should first and foremost understand why they’re doing this. “Whatever the reason why, it’s important to understand that before you embark on anything,” Benson says.

“A lot of people go through their lives by accident, and sometimes they end up a bit lost. Then you have to think back to why exactly you’ve ended up at that stage; you have to recalibrate and see if that ‘why’ is still something that you hold to.”

Benson applies that same philosophy to himself, continually re-evaluating his passion and making sure he still believes in what he is doing. He acknowledges that every career comes with self-doubt and things are not always perfect, but he always ensures that he and his team revisit the “why” behind what they’re doing.

But it certainly seems that Benson has little doubt as to why he’s working with SCA Design, a Singapore-based interior design firm that is part of the multi-disciplinary ONG&ONG Group, with more than 460,000 square metres of designed office space under its belt.

“Workplaces have fascinated me as an interior space that is really in tune with what people do day in and day out, that stands to occupy something like half, if not more, of anyone’s day,” he says.

“The space which people inhabit and work in is a very interesting one, and designing it to make people’s lives better makes the effort worthwhile. That’s something I wanted to do after more than a decade of architecture. I wanted to do something that I felt was more meaningful.”

As an architect, Benson started out working on commercial buildings – the shells for the offices for which he now designs interiors. His diversified portfolio includes churches, schools, theatres, residences and more; what makes offices different for Benson is the fact that people often spend so much more time in them.

At the same time, moving into office design represented a shift from large-scale, broader work to a more intimate, detailed, smaller scale. Nevertheless, Benson believes that the same fundamental design philosophy applies, whether it’s at the macro level or the micro.

“In short, design should excite,” he enthuses. “It should surprise the viewer. Take office buildings, for example. From the moment you enter the CBD or look at that office tower from afar, it should inspire you to a certain degree of awe or wonder. The same goes for interior space. The moment you step through the doors of the office, the space should awe you, the space should surprise you. It’s really the same experience, but of course, on a different scale.”

Those working in office design seem to regularly run into clients who want a ‘Google-esque office’ and SCA Design is no exception. Benson is quick to stress that it is not how office design should be – a Google office likely would not suit most companies, and office design depends on the specifics of office life, what it looks like day to day, and what procedures and operations exist.

In addition to this, a key consideration of SCA Design is offering value. “We try to do more with less of what is available,” Benson says. “We try to give better value to what’s limited, be it in terms of budget or space. Things tend to get smaller these days, if you don’t have that much of a budget to begin with. We try to deliver economy and value to intelligent design, as well as accounting for demographics.

Design always evolves to meet the needs of the people.

“Who are the people using that space? What do they do and what do they like? A lot of it is also dependent on the brand and philosophy that the company is looking for. We curate the space to meet our clients’ needs.”

In pursuit of these projects, Benson is dedicated to the idea of internal communication – without it, the team is disorganised, disconnected. He believes it’s crucial to be clear and open with both clients and staff, otherwise a project can be reduced to a shambles.

At the same time, he’s a little hands-off, saying it’s helpful to give people space for growth and self-discovery. Such an approach no doubt pays off, given that Benson looks for initiative, self-motivation and a spark of enthusiasm from his team members – those who are willing to make the most of that space for growth.

When it comes to external partners, Benson says they are largely project driven, yet SCA Design treats them as colleagues, with a social element towards friendship. He believes that closeness is equally essential in the smooth completion of projects.

“We don’t consciously aim for that strategy, but as friends, we get out, have a meal, have a drink,” he says. “It’s something more social, as opposed to a strategic effort to maintain relations with someone.” 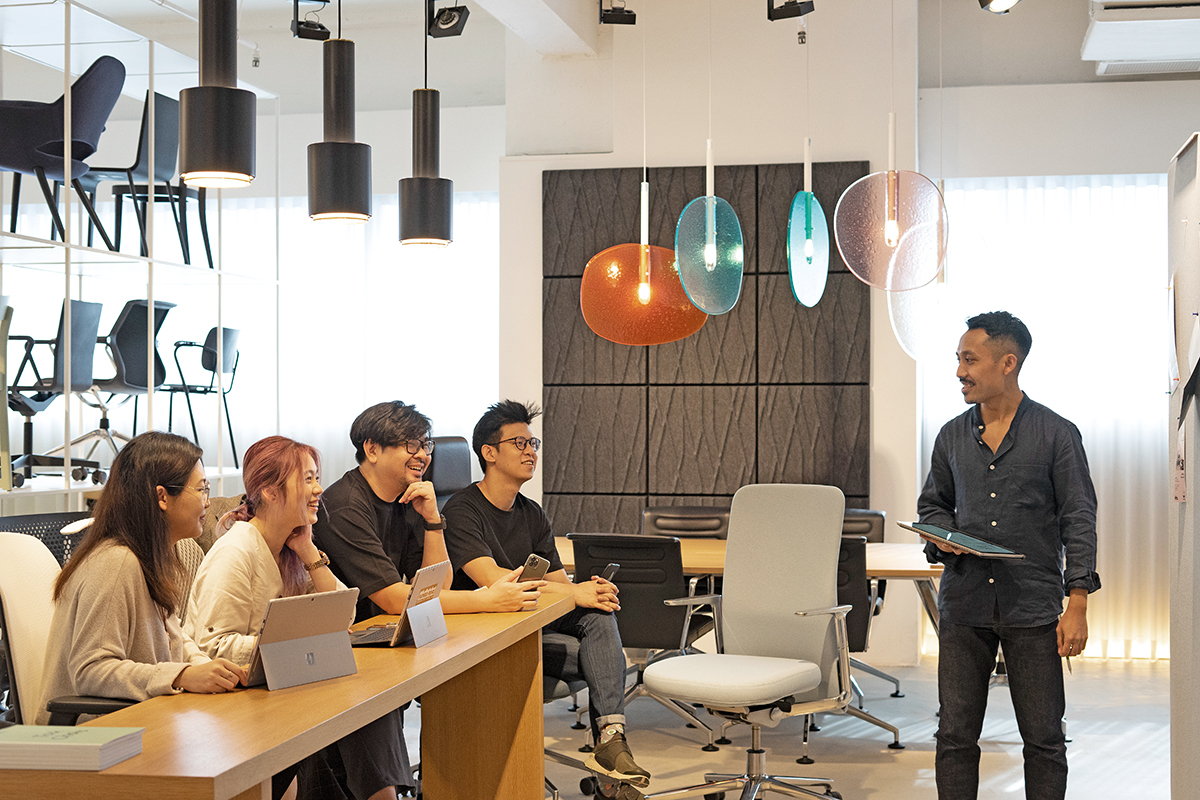 Benson believes that the demographic requirements of office design will be drastically transformed by what he describes as the “unprecedented” influence of COVID-19.

Open offices designed to facilitate personal interaction may no longer be desirable, with even companies like Facebook and Google enforcing working from home. The possible continuation of these arrangements will also need to be taken into consideration as something that could affect future office requirements.

For now, work for SCA Design continues apace – even with a slowdown in Singapore’s construction sector, design requests for office renewals are still coming in. Benson believes that no matter how things change, offices and the human interactions they support will still be a necessity.

“Design for offices in just the past few months was meant to persuade office staff to feel comfortable and make it feel almost homey, but the mandate now has been, ‘Go home, don’t stay in the office, stick to videoconferencing.’

“What’s next, we can’t say for sure, but it will all depend on the protocols that different companies enforce in the months and years to come. We’ll evolve and adapt from there,” he asserts. “Design always evolves to meet the needs of the people.” 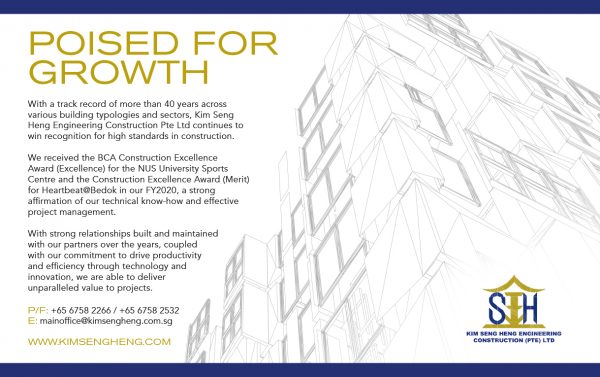