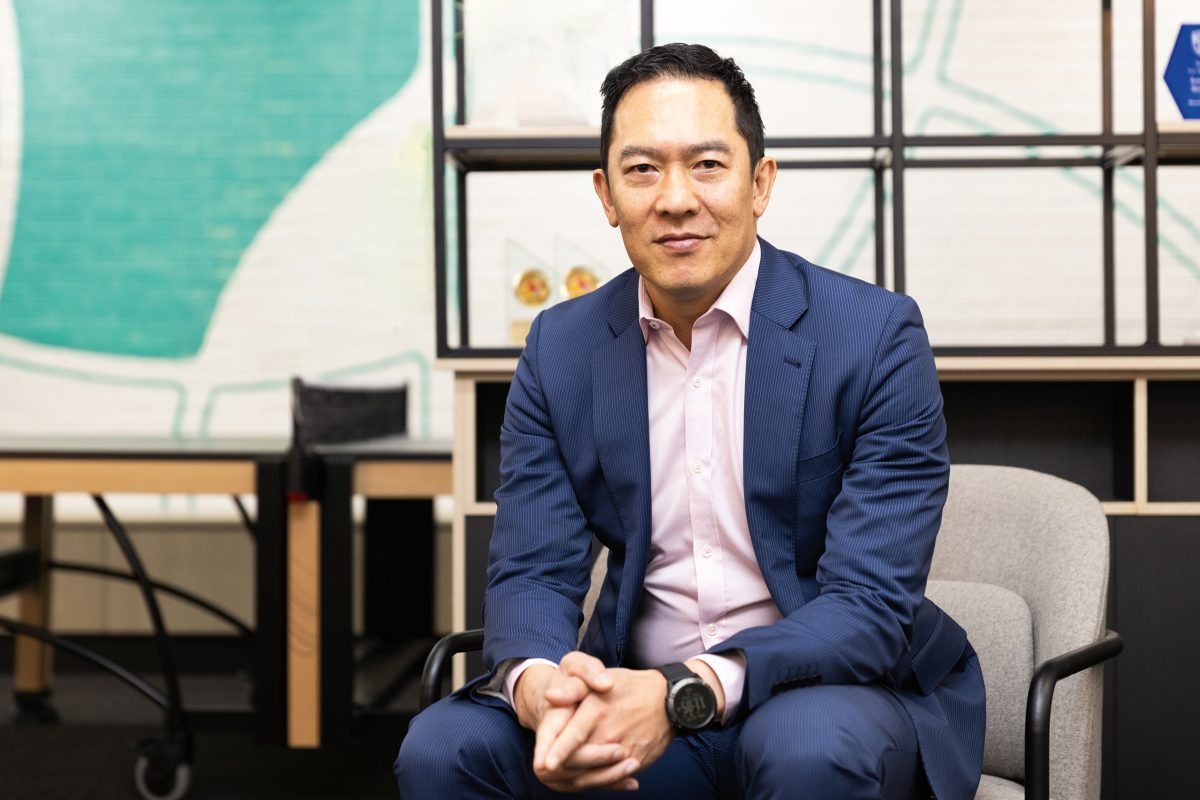 Brad Chan, Banna Property Group CEO, had worked successfully across a number of roles in the property business for 15 years when he got a call from his family’s real estate company one day, asking for advice. A portfolio of properties had been accumulated by his grandfather, Bernard, soon after he emigrated to Australia from Papua New Guinea in 1967.

In the decades since, Bernard’s eldest son Tony had come on board, and the family had also gone on to purchase a series of shopping centres and retail strips around Sydney, which were externally managed at the time. The family turned to Brad for some guidance about a project they were considering.

When checking it out, Brad’s eyes were opened to a much larger issue. “When I saw how the assets were being handled, I knew I had to step in and help my family better manage them,” he tells The CEO Magazine.

“Despite having a background in property, there was no invitation to help. So I ended up forcing my way in the door – sometimes that’s the only way in.” From this, Banna Property Group was established in 2009, named for Brad’s grandparents, Bernard and Anna, to internally manage the family’s assets. He could see that the properties hadn’t been properly maintained for many years, mainly due to a lack of investment.

And raising enough funds to turn them around wouldn’t be easy. “We needed capital right across the board, but it took time to convince my broader family to support me in managing the portfolio,” he recalls.

All thriving businesses are built around amazing, dedicated people, so the key challenge was to find the right ones and put them in the right seats.

“No-one was focusing on building the brand because, at the time, there was an assumption that we wanted to remain low-key and humble.” Brad instigated a range of initiatives to lure customers back. One was looking at the mix of retail stores in each location to make sure it would appeal to the widest possible customer base. He also invested in new technologies to improve efficiency and held a series of “innovation workshops” to encourage new thinking. Effectively, the business had to be resurrected from scratch.

“All thriving businesses are built around amazing, dedicated people, so the main challenge was to find the right ones and put them in the right seats,” he shares. “I could see there were opportunities to extract greater value from the portfolio, reduce risks in key areas, and improve many of the processes.”

Since Brad took over in 2009, Banna’s fortunes have certainly improved. It currently manages more than a whopping 30,000 square metres of retail space, including prestigious developments such as Pennant Hills Market Place, Greenfield Park Shopping Village in Fairfield, Rosemeadow Marketplace south of Campbelltown, and Cabramatta Plaza.

Not far from the latter, one can find a striking statue of a horse donated by the Chan family. Its meaning in Chinese culture is significant, denoting strength, vitality, speed and beauty. Banna also runs a centre in the heart of Sydney’s Chinatown, a place close to Brad’s heart. 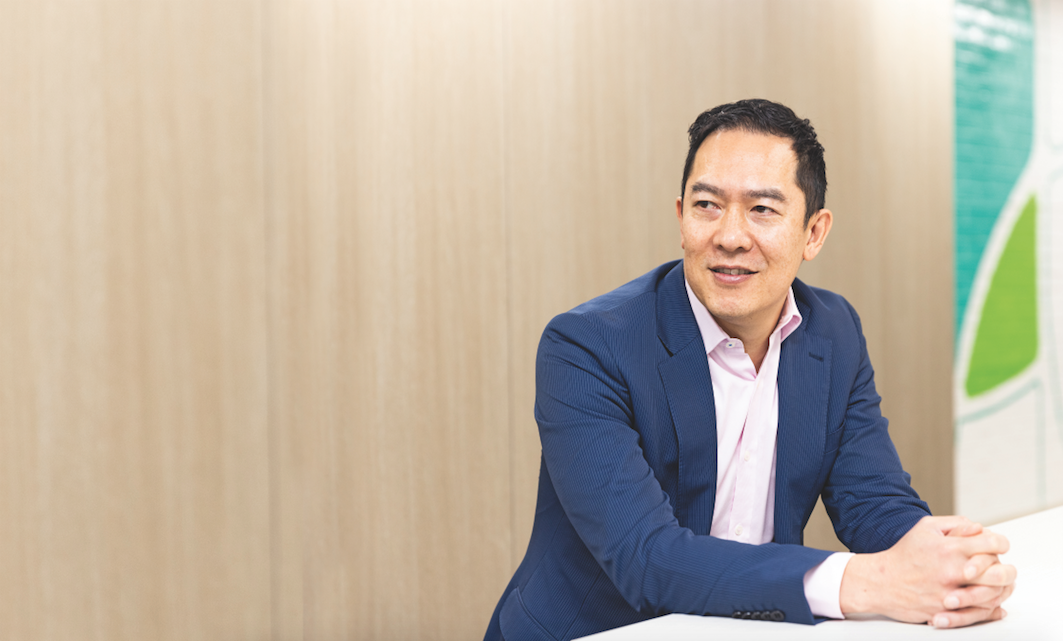 Etched on the arches are the names Bernard and Tony, standing in recognition of their long association with the bustling area. “Probably my greatest achievement has been establishing and futureproofing a family business that had been quite neglected for years,” Brad beams.

“Central to that was creating a culture based on our family values of looking after each other, solving problems together and giving back to the community. We have a diverse team, and understand each other’s strengths and talents. I see our positive culture as our key competitive advantage, so we spend a lot of time on it.”

“Innovation is one of our core values, so we have monthly Kaizen [a Japanese word for ‘continuous improvement’] meetings where team members email suggestions for improvement, and they’re assessed and implemented by a rotating ‘Kaizen committee’,” he explains. However, training and skill acquisition aren’t restricted to those reporting into him.

Banna has always had a strong tradition of supporting communities. Soon after founding the company, Bernard Chan donated significant funds to the Australian Nursing Home Foundation, and its 30-bed home in Burwood was named in his honour. The family still supports it today. Brad founded the profit-for-purpose organisation Haymarket HQ, the country’s first startup hub helping entrepreneurs to grow their businesses in Asia. To promote the enterprise, he has interviewed brain surgeon Charlie Teo, YouTube maths personality Eddie Woo and Airtasker Founder Tim Fung.

“Not knowing what I don’t know is a challenge, so I have always been willing to gain new knowledge,” Brad reflects. “I have a plan for my own structured learning, which I update regularly. And I’ve also taken on various mentors over the years to help me adopt a growth mindset. In a way, knowledge is power and so much of my decision-making and thinking is a reflection of the information I’ve taken from books, podcasts and peers.”

Banna’s robust work culture helped when COVID-19 lockdowns decimated retail and some of the company’s shopping centres became hotspots. “The financial impacts have been significant, and we were put into situations we hadn’t experienced before. Our response was to quickly come together as a team to brainstorm solutions and then work together to implement our response.

Some of our properties, such as those in Sydney’s central business district, have been significantly impacted by lockdowns, so we’ve needed to stabilise the businesses there and deal with vacant shops. It’s also been vital to focus on the wellbeing of the people who’ve been working there.”

The years spent nurturing a culture of trust and fairness has meant the business was strong enough to ride out the pandemic storm that sank many other retail property developers. And the Chan family could see that any misgivings they might have once harboured about the company’s future were completely misplaced. 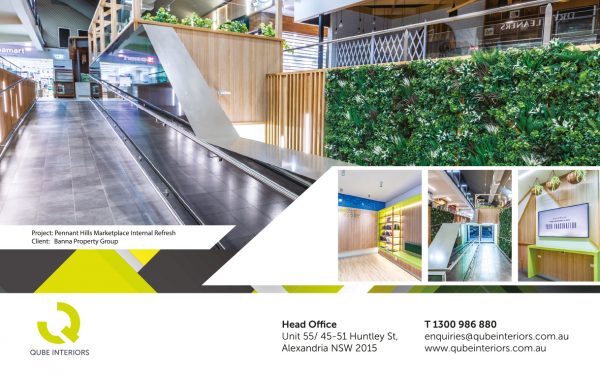