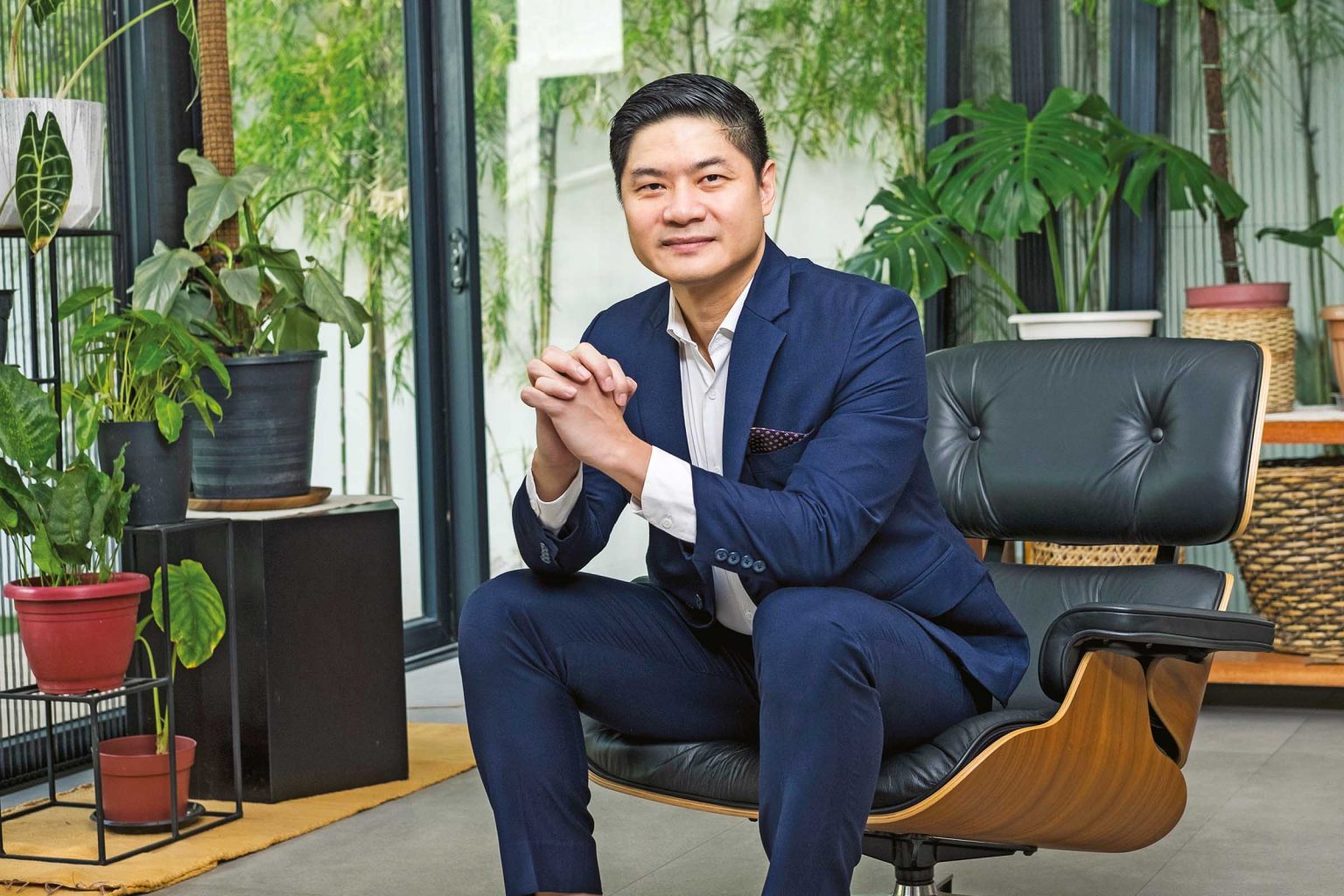 When it comes to standing out, Cesar Wee has gone to great lengths to make sure that Wee Community Developers is not like any other property developer. And as the company’s Founder and CEO, he is very proud of that fact. “We don’t go with the trend,” he insists. “We strive to be innovative so we can offer the market something different.” It appears to have been a successful strategy so far, growing the company’s turnover from PHP40 million (US$800,000) annually in 2008, to around PHP5.5 billion (US$109 million) in 2019.

“I think that made other people take notice of us. They stopped seeing us as just a small developer. In terms of nationwide projects, Weecomm may be considered one of the bigger players,” Cesar says. “Last year, we won nine awards at the Asia Property Awards, which I think is the most out of any developer from last year. We won Best Breakthrough Developer of 2020. Until now we’ve been below the radar.”

Cesar is also fairly young in terms of running a property development company in the Philippines, as he is well aware. “When we talk about CEOs in real estate, they’re 60 years old,” he says.

“It’s really an older person’s business. It’s very traditional and capital-intensive so we’re always like the kids at the table. I’m fortunate to have grown my own company this fast in such a short time.”

“My dad is a brilliant businessman, but our working styles are very different,” Cesar explains. “There are many things I wanted to try, but there wasn’t much room to move. Such is the case in many family businesses. I was fortunate that an opportunity to follow an alternative path fell in my lap, and I took the leap. I met Gerry Choa, who became my mentor. Most of what I know about real estate, I learned from working with him.

“I spent five years working with Gerry, then I went back to the family business and helped them establish their real estate arm.”

We felt that the market deserved lower-density projects that don’t just look like boxes.

Wee Community Developers started as a boutique developer doing projects in San Juan. Over time, the company has expanded by taking a different approach to other developers.

“We only did projects in San Juan and then eventually Quezon City in Metro Manila,” Cesar says. “And what we noticed is that there is really so much more potential outside Metro Manila. People don’t even think about San Juan, but we’ve been very successful there. We had five big projects in San Juan that actually sold out even better than other bigger developers in other bigger cities.”

Cesar explains that COVID-19 has also had an impact on the way people think. “Because of the pandemic, people have noticed that it feels so cramped in Metro Manila,” he says.

“There is so much land outside. When you go to Cainta now, there’s lots of potential there. We’ve also moved from just doing big building developments. In Cainta, we’re doing it differently. We’ve done a lot of 10-storey buildings, rather than one big one. We felt that the market deserved lower-density projects that don’t just look like boxes.

“We’ve never targeted investors with our projects,” Cesar says. “It’s always the end user. When we thought about how to move forward, it was about how we could develop so that more people can take advantage of our products.”

If you think that is a refreshing approach to the customer, then Cesar’s approach to staff and partnerships is even more enlightening. “I can’t afford to hire people with a high salary grade, so I get friends and teach them the business,” he says. 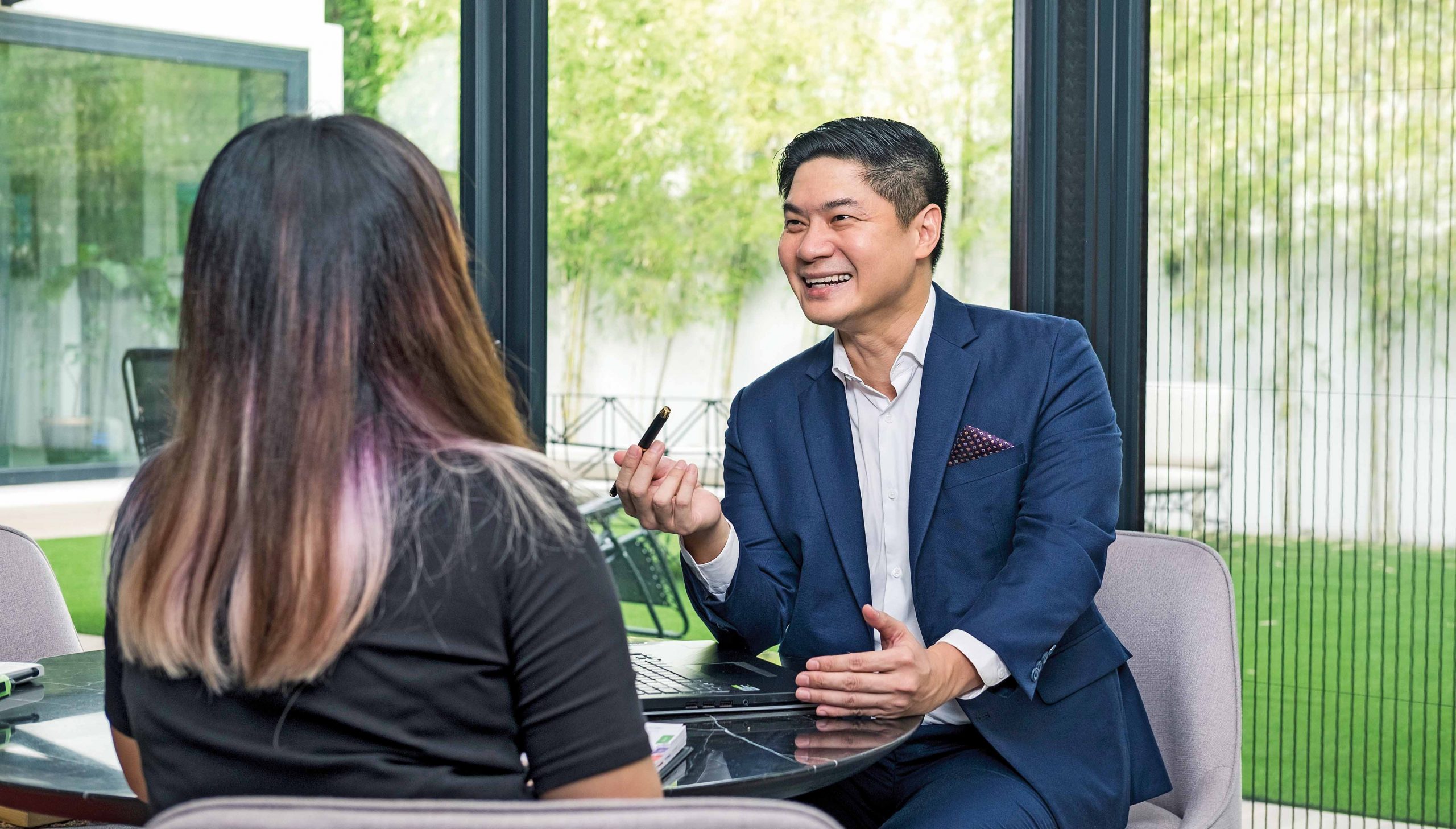 “I mentor them and then I allow them to invest in projects. It’s a win–win for all of us. And just as my mentors did for me, they can leave the company eventually and start up their own business.” He explains that the company’s impressive growth to date is really the result of mentorship, training and incorporating good values.

“Our VPs right now are relatively young – early to mid 30s – and we trained them organically. We started as a small company and these people grew with us. It is how we set up the business. It’s about making people better, rather than getting good people and then trying to fit them into the company.”

It breeds a culture of ongoing, self-sustaining mentorship as well as huge loyalty to Cesar and the company. “We treat our people as family,” he says. “We’re not very corporate in nature because we’re a young company. It’s not always about the money. Sometimes, if you’re happy in an organisation, you thrive better, you stay longer and even recruit people.”

A similar ethos has paid dividends with the organisation’s major contractor, Chrey Builders. With Cesar from the start, Chrey Builders basically forms 90% of the developer’s overall contractor budget. Although it had a bizarre start, their strong relationship has been forged through trust.

“My contractor, Chris Chua, has been with us since the beginning. He used to be the contractor for my dad,” Cesar explains.

“So I called him up, told him I had my first project in San Juan and asked him to name his price. Then, in 2010, when my wife was pregnant, we went to the US for five months and I left post-dated blank cheques with Chris. I said to him, ‘I’ve given you these cheques because I trust you and you have stuck with us. Just deposit them and I will be back in five months.’ And that’s exactly what he did. Every month, he would simply write his own cheque. That’s how we built a relationship with our contractor.”

That trust also extends to Cesar not needing to visit a project site, which is the common practice of most property developers. “I rarely go the site. Firstly, I have my mentees go so they can learn the business. And secondly, I trust my contractor so much that I don’t need to go,” he says.

“He’s so much better than me in terms of construction guidelines and quality. So far, so good. “My partners and my contractors appreciate that I give them that vote of confidence. Trust, for me, is so important when growing a company” 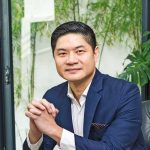