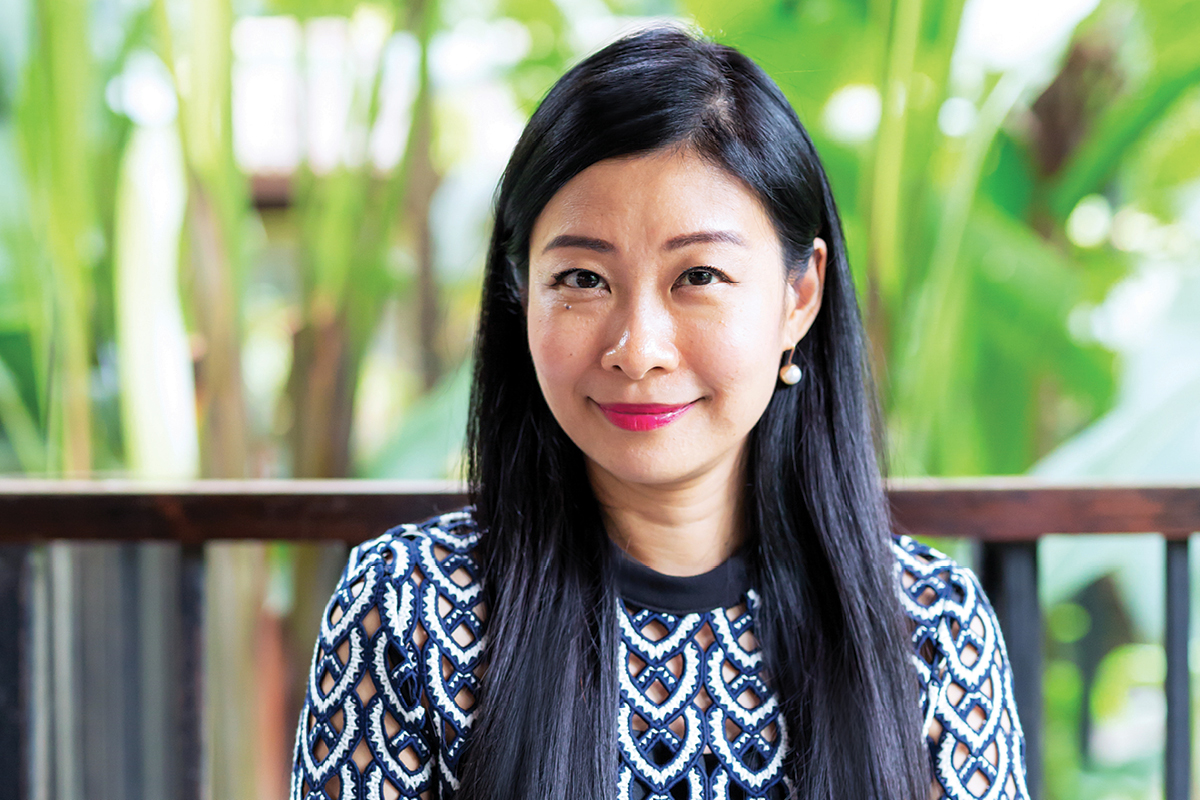 Chan Iz-Lynn has learned, over a career spanning more than two decades and encompassing roles in airport operations, hospitality, and retail property development, that “nothing is impossible”. In 1999, Iz-Lynn became Singapore Airlines’ first female station manager, overseeing airport operations in Frankfurt, New York, Copenhagen and Hong Kong. After six years in this role, she worked for the property developer Far East Organization, before joining Beijing Hualian Group (BHG) and managing more than 20 malls across China.

In December 2015, accepting the role of CEO of BHG Retail Trust, Iz-lynn returned to Singapore in time for its IPO. This moment saw the REIT become the first pure-play retail REIT, sponsored by a China-based group, to be successfully listed on the Singapore Exchange.

Born in Johor, Malaysia, Iz-Lynn was determined from a young age to seek her fortune in Singapore, having learned from her parents about the opportunities on offer there. “I left home at the age of eight,” she recalls, “to live with different families, all because I wanted to study in Lee Kuan Yew’s country.” One of the hardest choices she’s made, it was also one of the greatest, and while working for Singapore Airlines Iz-Lynn was given the opportunity to meet with the late LKY, as well as former US Secretary of State Henry Kissinger.

Two global crises in the early 2000s gave rise to some formative moments for Iz-Lynn. “Working in the John F. Kennedy International Airport in New York, in the wake of the 9/11 terrorist attacks, and in Hong Kong right after the SARS outbreak were invaluable experiences that taught me the importance of operational readiness as well as the fragility of life,” she tells The CEO Magazine. At Singapore Airlines, “every job was like a missile launch exercise. Time and resources had to be planned and managed to perfection, with plenty of backup plans in place.”

Extensive experience in meticulous planning and a heightened awareness of what it takes to be able to respond to rapid change puts Iz-Lynn in a good position at the head of the REIT. Being involved in the first Chinese-sponsored REIT listed in Singapore is, for Iz-Lynn, “almost like being involved in a start-up”.

“I find it interesting to be part of a fresh listing, creating history, and I am keen to experience the transformation of China.” Domestic consumption in the country is on the rise, leaving the REIT nicely positioned to capitalise on its strengths.

“Our malls are located in high-density areas,” she explains. “With increasing rural–urban migration, and traffic congestion on the rise in city areas, there is a growing need for community malls, like ours, that are located near the residents, providing them with a trade mix, including restaurants, supermarkets, and cinemas, that meet their daily needs.”

The REIT has faced its fair share of challenges arising from the fact that it is the first of its kind. “Being the first, we certainly had to put in a great deal of effort to educate investors and build their confidence, as well as to garner support from partners.” The objective was to educate the stakeholders about community malls in China, the ecommerce model in comparison with brick-and-mortar stores, BHG, and the robustness of the REIT’s community mall strategy. These efforts paid off, and investor numbers are increasing. True to form, Iz-Lynn notes her appreciation of this experience. “Our team took the opportunity to come to know our own product better, and to learn what investors typically wish to know.” 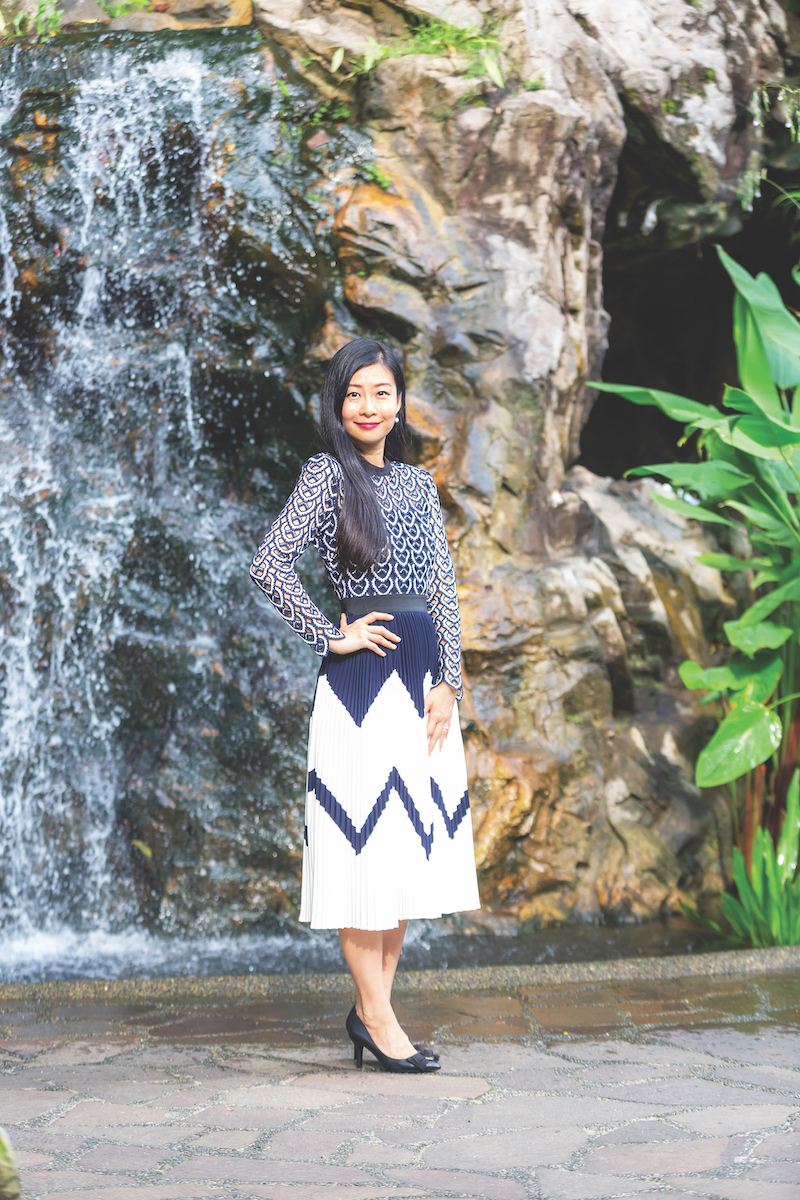 The company now is focused on embracing the changes brought about by China’s healthy rates of economic growth. “Trends change very fast in China these days,” Iz-Lynn says, “and it is of paramount importance that we keep up with, if not be ahead
of, these trends.” One such trend is the growth of ‘New Retail’, which involves online and offline players coming together to offer an experience quite unlike any seen before.

“The ‘New Retail’ means that consumers are no longer pure offline consumers, nor are they pure online consumers. Going forward, retail companies will need to fundamentally rethink their processes and redesign integrated retail in new ways, with new technologies. The use of big data, artificial intelligence, machine learning, and virtual assistants may gradually become more common, as more retailers gain richer customer insights by digitally capturing customer preference and interactions.”

Future plans for the REIT involve responsible expansion via organic growth, which will involve reinforcing its position as the provider of community malls serving community needs, and acquisitions. In August 2018, the company was ranked 10th out of 43 REITs and Business Trusts in the Singapore Governance and Transparency Index, and Iz-Lynn’s leadership is evidently making a mark. She completed the General Management Program at Harvard Business School (HBS) in 2012; in 2013, while she was working at Far East Organization, HBS conducted a leadership-based case study of which she was the focus. The program taught her that authenticity is vital in leadership.

“Retail companies will need to fundamentally rethink their processes and redesign integrated retail in new ways, with new technologies.”

“If you don’t know who you are, it is hard to lead. Only after we learn to manage ourselves can we manage others.”

Iz-Lynn stays motivated by making time to do the things she most enjoys, watching drama serials, reading widely, travelling, and spending time with her husband and two dogs.

“BHG Retail REIT is a valued partner of DBS Bank and we look forward to building a longstanding relationship with the Group to realise their objectives.” – Eng Seat Moey, Head of Capital Markets Group, DBS Bank

“I believe in enjoying the little things, experiencing the ‘here and now’.” The lessons she has learned, in leadership and in life, continue to pay dividends. “Business shouldn’t be so clinical,” she says. “It must be for a greater cause, like making people’s lives better.” 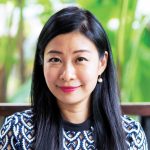